Dick, whispering furiously: Did you gave Tim a shot!?

Tim: *comes out of his room, hits his head on the door*

Bruce: Tim, are you okay-

Tim, in a high pitched voice: Maybe I AM a sLUT BATMAN! MIND YOUR OWN DAMN BUSINESS.

I stand in the wind, the world is full of your breath.

Jason: I did something and I need some advice, but I don’t want a lot of judgement or criticism.

Barbara: And you came to me?

When you steal your sisters wallet when she visits and she gets mad so you hide on the powerlines (thank fuck for the reinforced power lines in gotham) but she seems to forget you are literally a Cat burglar turned anti-hero that grew up living with the Gotham City Sirens on the weekends, and is trained in tightrope.

Sadly, she is also from the circus and she got her wallet back through brute force.

@youngergrayson you forgot to grab your bus pass.

I need help finding a fic. I remember loving it and I don’t want to accidentally rewrite someone else’s fic. It’s about Tim and Damian, where Tim is moving out with Conner and Damian wants him to stay at the manor. It’s cute and about fluffy brotherly love.

Title based on the song, Oh Sweet Child O’ Mine. Batfamily age reverse Damian Wayne is Batman after Bruce’s death. Little Grayson gets injured on patrol.

Damian and I ran to the sounds of Grayson’s voice. My heart racing. Please be OK! I see, him. His lip busted, bleeding lacerations on his arm’s, and his left hand holding his right arm. My breath hitched. Grayson, gasped. I ran kneeling and hold him in my arm’s. He started sobbing burying his face in my neck. I began to cry feeling as if I’m holding my baby boy. I gently rock him side to side. I force myself to stand still holding him. Damian’s, face saddened and eyes narrowing. We took him home. Alfred and I tend to his broken arm, and bleeding wounds. As, Grayson lays in his bed. I go to check on, Damian. I open the door and shut behind me. I see, Jason. His arms folded, his eyes narrow and face angered

Jason, nodded. After Bruce’s death I know something like this scares us all. I touch, Jason’s neck. He avoided eye contact with me.

“hey, you know your a good friend and brother”

He looks at me “Y/N, we both know that’s bullshit but thanks”

I ruffle his hair and hug him. He scoffed and hugged me.

“oh, quite pretending to be angry you know you love me”

Afterwards I step down to the Bat-cave. I see my love on the bench press.

“Damian, stop you need to rest my love”

He lifts the bar up higher “go to sleep, Y/N I’ll be with you when I am ready”

“nor am I!” he snapped abruptly putting the bar down harshly. He moves his head glaring at me “go to bed, Y/N!”

“you have no right to treat me like that. Damian, I’m your wife. What’s bothering you? I am not against you, Dami. Why are you so angry?”

“angry? I am beyond mortified! I couldn’t protect him! I couldn’t spare him pain. I should have never let him put on that uniform”

“Damian, listen to me. You taught, Grayson everything so he could protect himself and in that heal from the same pain that you endured. He’s going to heal. He’s going to be OK”

“you cannot expect me to take this matter lightly, Y/N. You know I care about, Grayson as.. my own”

“I do, I only don’t want you to blame yourself. Let’s go kiss him goodnight” I rub his his hip “then I’ll uh kiss you goodnight” I kiss him deeply he parts clearing his throat his face softly smiled

“tt, still cause a fire in my soul”

“that a yes Batman?”

Damian and I locked arm’s walking upstairs to where our family rest and will hopefully fall into slumber. I kiss Damian’s cheek as we stand by Dick’s bedroom door. I softly crack the door open. I see his large circus theme room. He lays on his bed. His pillows slightly propped up. He had a sling for his broken arm, a scooby doo bandaid on his cheek from a small cut, bandaging wrapped around his wounds along his arms. It broke my heart. I squint my eye’s. I hate this. Damian, kisses my head. Grayson, yawns opening his eye’s to our direction.

“no, Buddy” I step to him “we, just wanted to tell you goodnight” I kiss his head

“thanks, Y/N” he softly said “I’m glad I’ve been bored. I think I might die of boredom”

“please you’re perfect, you’re good enough for you and Damian”

Dick and I laughed I stood Damian steps to Grayson.

I nearly gasped Dick, quickly covers his face with his only good hand. Dick lowers his hand as Damian, gently smiled and gently rubbed his head.

“night, son we’ll see you tomorrow” I said forcing myself to not sound like I’m about to cry

So ADORABLE!! I feel my heart melt in my heart. I want to cry from the absolute cuteness. Grayson, looks at me with a soft smile and eye’s closed. AWWW!! Damian, looks at me smirking knowing I’m about to cry. I mouthed ‘shut up’. We left little, Grayson to let him sleep. I grabbed Damian’s hand running us to his, room. I started to cry. He called me 'mom’ and he called Damian 'dad’. So freaking adorable! I stop in our room. I look at Damian seeing his tears. It’s in that beautiful moment we both we’re feeling the exact same thing. I smile kissing him.

So I was in one of my college classes when a thought came to me.

The Batfamily are one of the most, if not the most, close knit group of superheroes out there. I mean they are a literal family.

So that got me thinking. What if every member had a different combo move with each other and what would it be like?

Then it went to imagining a 2D fighter with all the batfamily members in it.

Just imagine it a game like DragonBall Fighterz but Batman.

DC get your act together!

Damian: You know what makes humans different from other animals?

Damian: We’re the only species on earth that observes Shark Week. Sharks don’t even observe Shark Week, but we do, for the same reason I pick up this pencil, tell you it’s name was Steve, and go like this! *Snaps the pencil in two to the discomfort of the others* And parts of you dies, just a little bit, on the inside. Because people can connect with anything. If we can sympathize with a pencil, we can forgive a Shark.

Cass: You’ve thought alot about this, haven’t you?

Bruce: Hal, are you staying for the party?

Hal, trying to get out of staying: *dressed in a cheap Batman costume* If I stay, there can be no party. I must be out there in the night, staying vigilant.

Hal, just trying to stay in “character”: Wherever a party needs to be saved I’m there, but sometimes I’m not because I’m out in the night, staying vigilant. Watching. Lurking. Running. Jumping. Hurtling. Sleeping. No, I can’t sleep. You sleep. I’m awake. I don’t sleep or blink.

Hal, basically giving up and mocking Bruce at this point: Am I a bird? No! I’m a Bat! I am Batman. Or am I?

Hal, reeling it back in so Bruce doesn’t hit him: Yes I am Batman. Happy Halloween! *runs out the door*

Bruce afterwards to Clark: A simple Yes or No would of worked just fine.

*After a mission went south*

Jon: I have this weird pain right above my eyebrow.

Damian: it’s called a stress headache. I got my first one when I was four.

Damian: Well get used to it! You’re knee-deep in it now!

*Jason and Duke talking in their best Batman voices*

Jason: Yeah, it sure does.

Duke: At like a candy traffic school. Like a little gingerbread man at the wheel. And he’s drunk!

Kon flying into Wayne Manor: *trying to flex as he holds up a money phone* Sixty Dollars?

Kon, waiting for a response from Tim and Bruce: Yes I’ll hold.

Lex Luthor: You don’t see me saying anything crazy about Timothy and Conner’s weird, little relationship.

Bruce to the Batkid: Any other meaningless conspiracy theories?

Duke, being a smart-ass: Yeah- did you know that Gogurt is just yogurt?

Dick to everyone when he finally takes a day off: *sitting on a couch* You can do whatever you want, you just got to know what it is.

Dick: For me it’s Lucky Charms. And TV.

Steph, as she holds a camera in Bruce’s face: Bruce, I think you should play the role of my father.

Bruce: I don’t want to be your father

Steph: You sat in a room for 26 straight hours.

Steph: Didn’t that bother you?

Cass, calmly: Yeah, I was livid.

Steph: Then why didn’t you leave?!

Cass: Because you asked me to stay and you said we were friends.

Cass: Get out of my brain.

Damian: Why don’t you go start a ruiners club?

Maya: Well then I’d be doing a good job because its a ruiners club.

Damian, furious: You ruined my analogy!

#YOU DONT ARGUE WITH CASS WHEN SHE IS IN BATTLE MODE TIFFANY#TIFFANY IS SO GODDAMN ADORABLE AND I WISH WE GOT MORE OF THIS TEAM OF CASS STEPH AND TIFFANY#LOOK AT THAT POUT ON TIFFANYS FACE IT IS UTTERLY PRECIOUS#I AM SHOCKED THAT TIFFANY HAD THE GUTS TO EVEN QUESTION CASS ONCE... SHES INTIMIDATING#dc comics#batfam#batfamily#out of context#batgirl futures end#batgirl#Cassandra Cain#fite princess#Tiffany brown#funny#dammit cass#this is precious#who would fight cass at this point?#we need more of Tiffany cass and Steph batgirl content
224 notes
florence-wayne-official
Text

“You’ll never know if you can fly, unless you take the risk of falling” 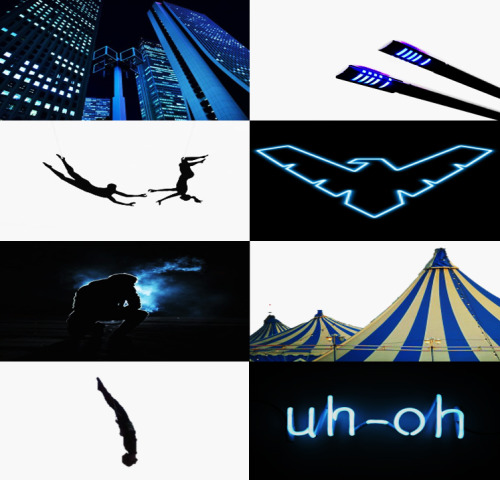 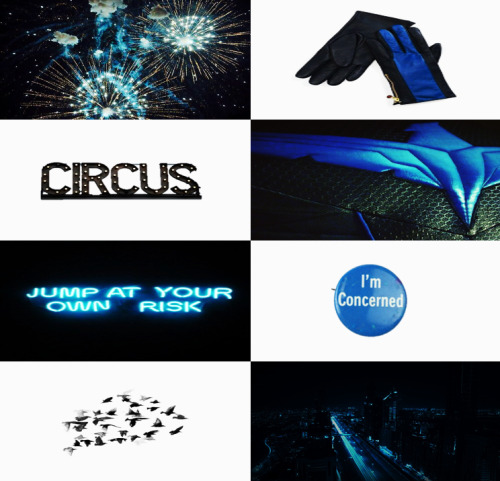 Since my mind is on my Santa au

Sooo I did a thing…

Damian: Do you ever think clouds look down at people and say, look, that one’s shaped like an idiot.

Dick: party don’t start till I walk in.

Tim: party don’t start till I walk out.

Bruce: You can call anytime if you have questions.

Duke, calling at 3 AM: Why do people go to the baby changing stations always come back with the same baby?