Batman has a bleeding heart.

That’s why he incased it in stone.

But the stone is cracking.

The bat and his bride

Art and cover by CLAY MANN

Phantasm has come to Gotham City! Andrea Beaumont, the one-time love of Bruce Wayne, is looking for her lost child, and she’s pretty sure The Joker is involved. So, who better to have as an ally than Batman? And what better way to get to Batman than through Catwoman? It’s a knotted history for this costumed quartet, spanning past, present, and future. What The Joker did to Selina Kyle at the beginning of her career will have deadly consequences at the end of their lives. Tom King’s ultimate tale of the Dark Knight kicks into high gear as the story roars down the avenues only hinted at in the pages of Batman. 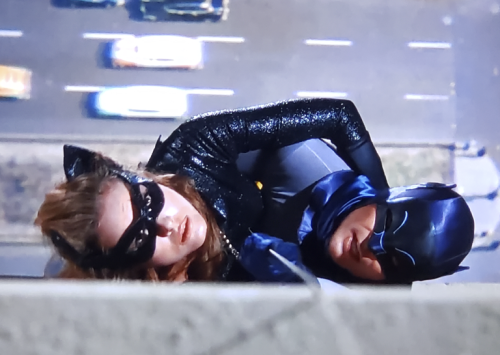 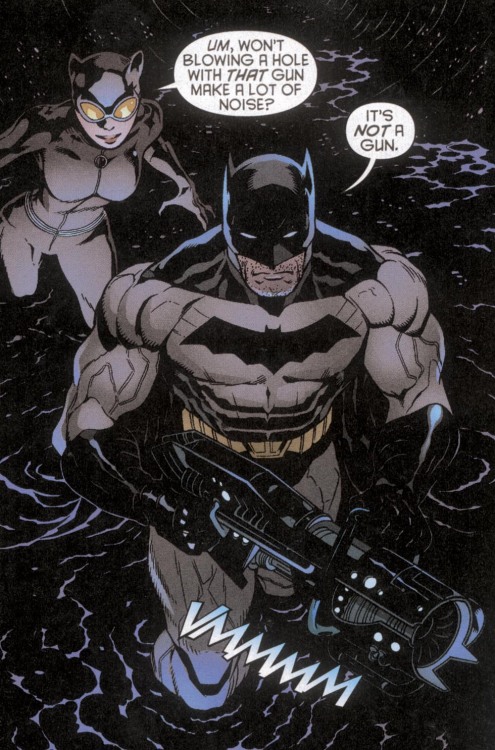 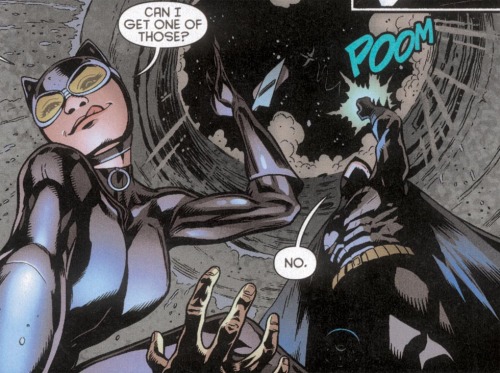 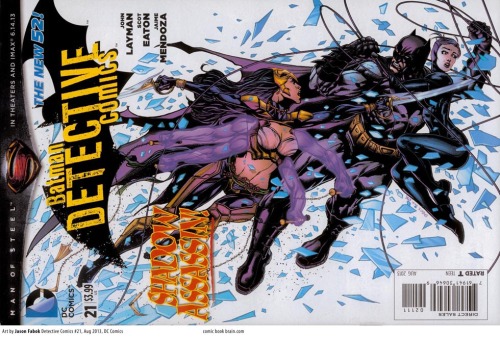 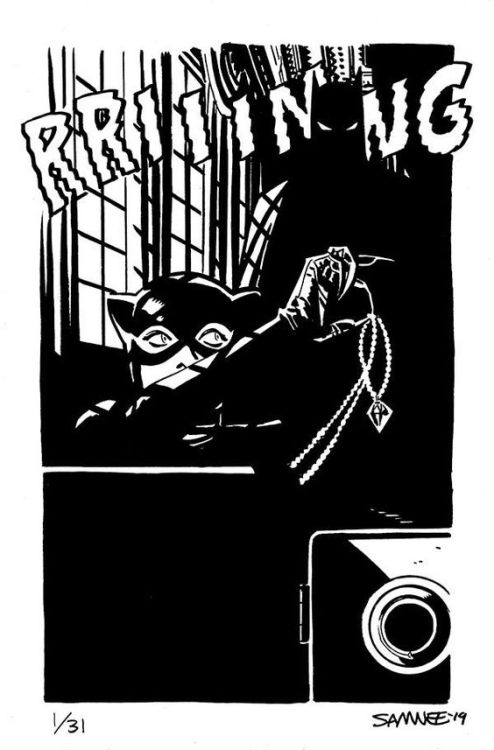 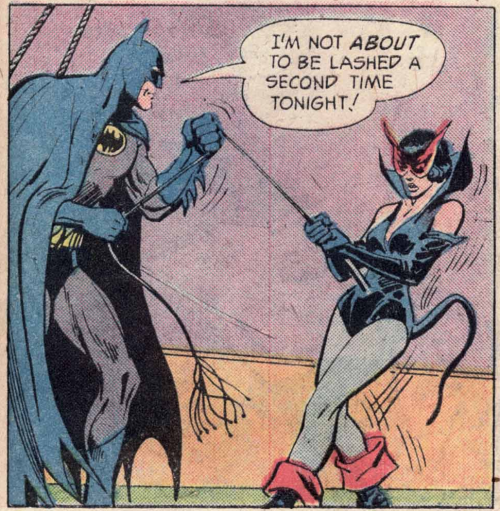 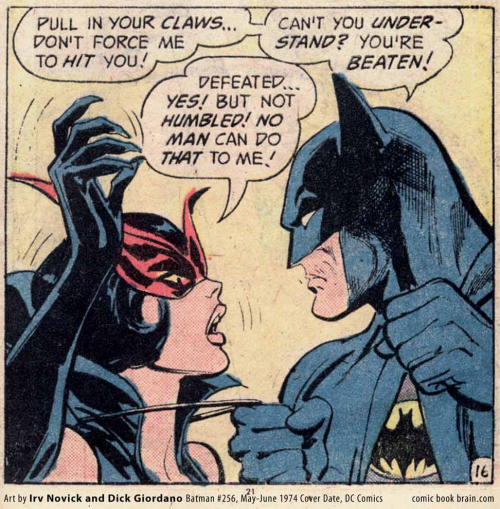 So over the weekend I watched The Dark Knight trilogy again after years. And now I find myself crushing hard on Christian Bale as Bruce Wayne and Batman and shipping him with Selina Kyle like I’ve never done before.

I mean, I’ve always had a thing for Michael Keaton as Bruce Wayne and the electric chemistry between him and Michele Pfeiffer’s Selina Kyle/Catwoman. The peak of that chemistry being the lick kiss on the rooftop and the kiss under the mistletoe from Batman Returns😍

And even though to my view Christian Bale and Anne Hathaway didn’t really share the same level of chemistry than Keaton and Pfeiffer, each of them played very realistic and convincing roles as Bruce Wayne and Selina Kyle respectively. It seems Christopher Nolan even paid tribute to Tim Burton’s Batman Returns by having the ball dance scene in The Dark Knight Rises play very similarly.

But it’s Christian Bale’s classic elegant looks, that comfortable stance wearing tailored suits, driving powerful machinery and expensive sport cars, it’s his strong jaw line and masculine cheekbones, his thin lips and the glow of his eyes shining through the black mask as the only features of the man hidden behind it that I find so attractive in him. He got a far better Batsuit to work with than Keaton (the dramatic stiff neck full turns to the camera in Burton’s movies are a testimony of this lol,) but he also makes it look like second skin. It may be the suit design in TDK trilogy has a more aggressive look, it may be his more angular face or timeless look that fits Bruce Wayne and the Dark Knight just perfectly. It’s hard to play Batman and nail it, let alone leaving a lasting impression in people. A lot of actors have tried and failed or their interpretations have been forgotten, but Christian Bale’s is right up there with the best along with Keaton, in my humble opinion.

And I found this fanfic but sadly it’s not finished and I’m dying to read further! Anyone know if the writer can be found in Tumblr?

On a related note, I’m also playing Arkham Knight on the PS4 for the first time and I’m having a blast! I was happily surprised to see the game’s Batmobile resembling so closely TDK trilogy Tumbler one. In game, it’s a beast to control, it’s still taking me a while to drive without crushing against most anything because the thing is so powerful, it cuts through most structures in the city like butter! lol

I’ve answered this before. I don’t like Catwoman. the thing is i never liked her even before i had gotten into batjokes. I don’t find her interesting. I find her being overpowered, and thrown into spots she doesn’t belong at, and they act like Batman’s under her spell, so no I don’t like batcat, and that’s alright, because a lot of people don’t ship batjokes, and that’s alright. that’s their opinion. I don’t have any problem with that. I’m not going try to force you in to a ship you don’t like. I ship Bruce with other women. It’s just recently batcat been shoved into my face. The whole Tom king run was mostly about Catwoman, and how much she’s being hyped up makes me a little sick, but like I said before it shows that Batman really doesn’t want a normal relationship. He wants a little danger, and that’s alright. I don’t hate Batman for being with Catwoman. I just hate Catwoman,so when he’s with her. I immediately want to put the comic away. There’s just those characters you don’t like, and I don’t like Catwoman. It have some people who don’t like the Joker. I’m not going get mad because you don’t like the Joker. I’m all off of topic, Sorry about that, but no I don’t like batcat. if anyone else ships it, good for them 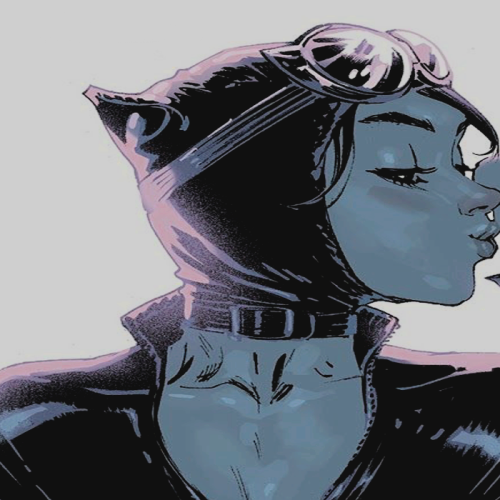 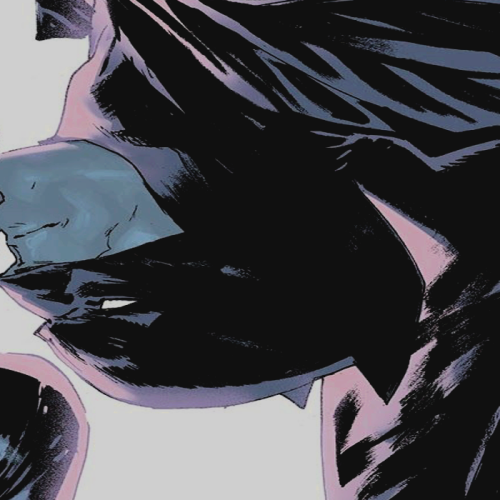 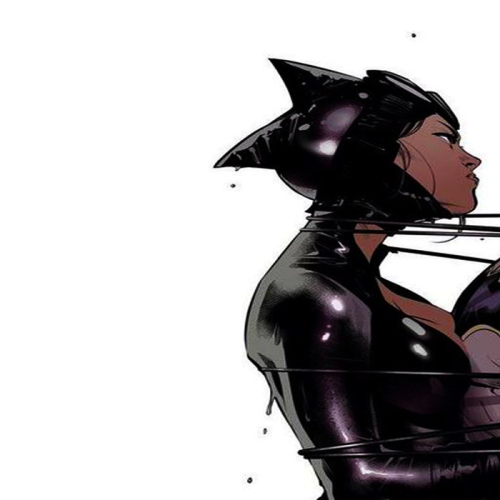 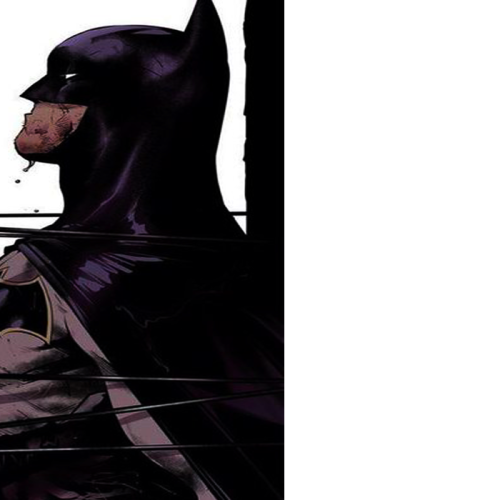 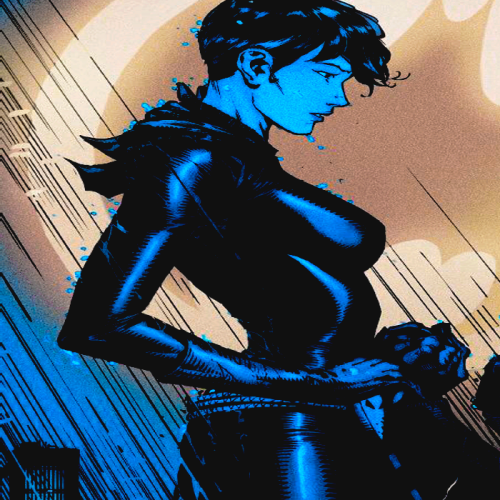 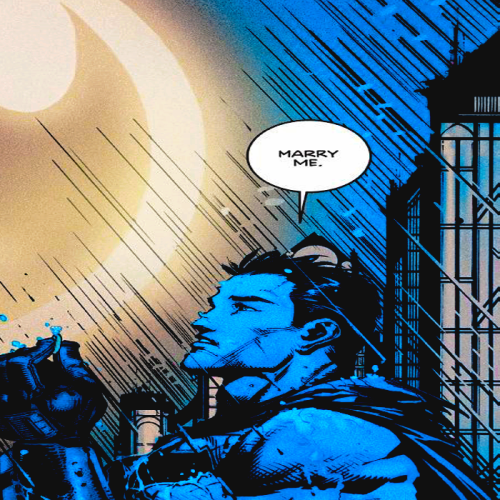 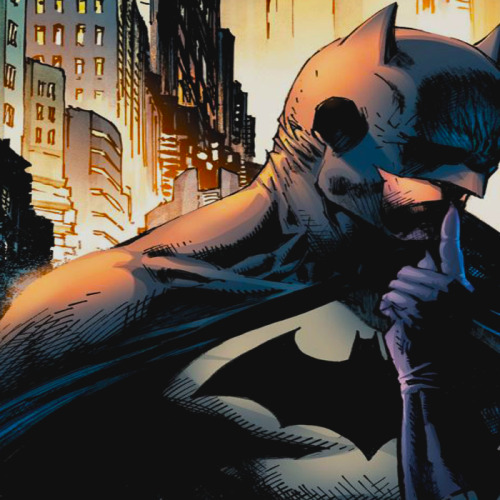 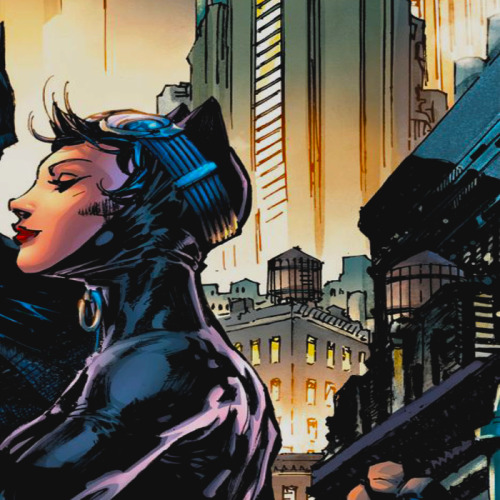 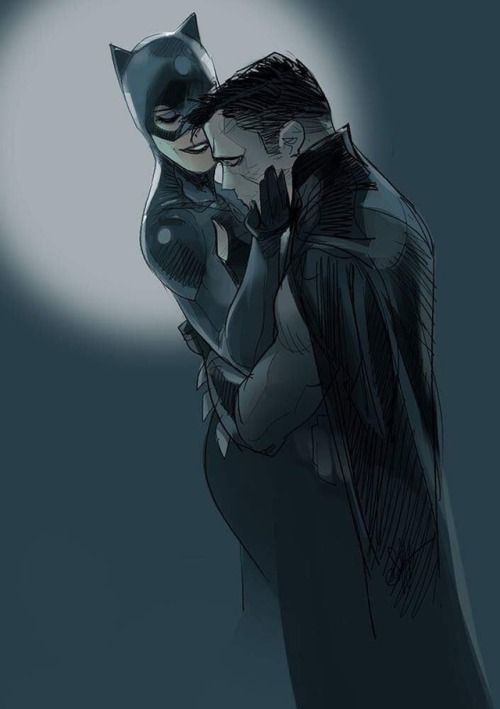 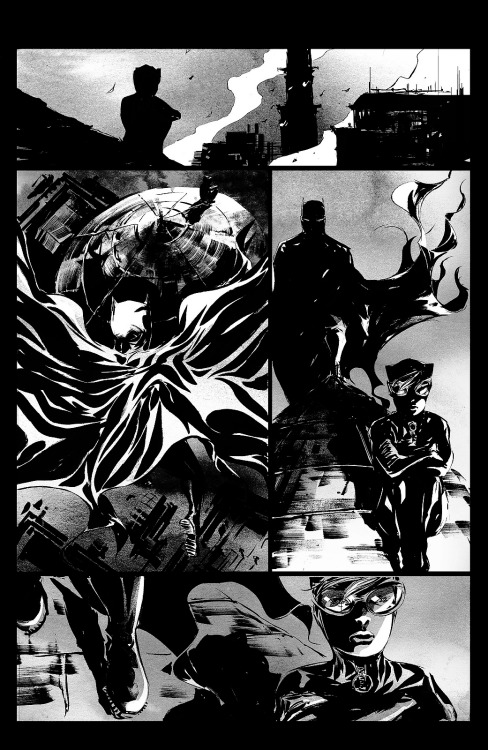 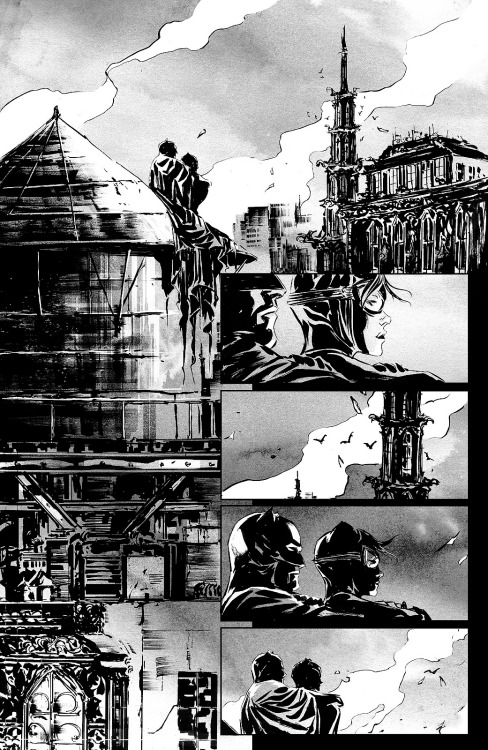 It never ceases to amaze me how many people I manage to ship with Batman/ Bruce Wayne.

There’s Selina Kyle, Wonder Woman, Silver St. Cloud, depending on the version Talia al gul, Hal Jordan, Lois Lane, the pile of bricks from The Lego movie 2 and my current otp for Batman for the time being Superman/Clark Kent.

And they’re probably more I just forgot to mention, I don’t really ship him and the Joker but I love the idea that he’s obsessed with him. (Or maybe I’m just weird.)

The only people definitely off limits for him to me are his kids honestly and probably any of other kids.