#THEY ARE BOTH EXTREMELY IMPRESSED BY BATWOMAN’S KICK, #ESPECIALLY THAT GUY THAT LOOKS LIKE THE LOVECHILD OF SPAWN AND AZRAEL... HIS NAME IS THE HOOD, #WHATEVER HAPPENED TO ALL THESE BATMAN INC MEMBERS AFTER BATMAN INC ENDED? THEY ALL SEEMED TO VANISH, #KATE KICKING ASS AS PER USUAL, #dc comics, #batfam, #batfamily, #out of context, #Batman inc, #batwoman, #Kate Kane, #lezbat, #the hood, #george cross, #funny, #dammit kate, #nice kick, #that must’ve hurt, #impressive
64 notes · See All
doks-auxAnswer

The great thing about having a personal Earth is I can change whatever I like about canon. I haven’t read it yet, but from what I’ve researched, I also didn’t like how Kate (or anyone) was treating Bette. And in general I dislike the idea that personal tragedies are the only valid motivation for superheroism. Sure, they’re great drama fodder, but Tim, aka BEST ROBIN (my humble opinion that I refuse to budge on), essentially became a hero just because he believed it was the right thing to do.

Bette may not end up a huge player in my verse (I tend to focus on the villains more), but she’ll be treated with respect. Kate’s gonna end up heading her own faction of the BatFamily–with Bette, Carrie, Charlie, Harper, and Luke under her wing–and Bette will more or less be the Nightwing of the group.

Sorry for how late this one is!, Fun fact, I had to redo it twice.. The first time, I accidentally deleted it. The second time, I used the wrong color palette. Needless to say, this one was an adventure.

Requests for this art challenge are officially CLOSED. Thank you to everyone who sent a request!!!!

#my art, #dc, #dc comics, #batman, #batgirl, #batwoman, #flamebird, #another fun fact I was recently talking about headcanons with someone and she was in them and she was not given a happy ending, #the struggle of drawing this was karma I think
4 notes · See All
doks-auxAnswer

I’m considering it. I’ll have a better idea once I actually get to read some more Batwoman and see her interactions with Bette so I can make her relationships with her and Mary distinct. It also might be fun to have Bette look up to both Kate and Mary in different ways.

Currently no plans to include Kathy and Betty in my verse, but anything is subject to change should I suddenly get a cool idea for it.

My guilty pleasure DC fan-theory/headcanon is that Bluebird would make a great side-kick for Batwoman.

Okay, I don’t watch many CW shows (literally only Arrow and Supernatural) so does it actually misrepresent the LGBT+ community? Because from what I know, it had plenty of shows, all with queer rep. Legends of Tomorrow has a canon main couple, Sara and Ava. Sara is bi and Ava is a lesbian (i think, I haven’t watched it). Plus John Constantine  is bi (I think, again that’s what i heard). Nyssa Al Ghul was also a queer character. They have a show with a Queer female lead, Batwoman. In Supergirl, one of the main characters (Alex Danvers) is a lesbian. Riverdale has a canon queer couple with Cheryl and Toni. Oliver Queen’s son, William is gay. Nia Nal from Supergirl is trans. On eof Black Lightning’s daughters is a lesbian as well.  So what’s up? Are all of these terribly represented, plus what happened to supernatural so that’s why everyone is calling them homophobic and queerphobic? Or is it only Supernatural with bad representation?

I’m pre-shipping Alice and Ryan, and I need season 2 to be here already so I can know what Ryan is actually like.

This is almost solely because it would be hilarious for Alice to end up obsessed with and personally compromised by this Batwoman, too. But also because they’re both really cute, and I want my wife to be happy.

Also also, because eventually Kate will be recast, and her returning to find her sister in love with her understudy is just too good. Not back in Gotham five minutes and already shit’s weird.

Idk why the CW censored Destiel when it has queer shows like Legends of Tomorrow and Batwoman?

#how much did they censor those shows?, #supernatural, #legends of tomorrow, #batwoman, #destiel, #dean winchester
31 notes · See All
dc-batfamText

Many people think Duke Thomas has almost zero interactions with the Batfam except Batman. And some think that Duke has the weakest relationship with the batfam. So, let me explain why they are wrong.

1. Dick Grayson literally mentored Duke Thomas. After rebirth, Dick always treated Duke as if Duke was his brother. Dick is the one who taught Duke what Robin meant.(Robin War, Batman rebirth)

2. Cassandra Cain and Duke Thomas are siblings that actually care for each other They help and assist each other consistently. The best friendship and sibling relationship in DC universe in my opinion.(Batman and the outsiders, detective comics)

3. Damian Wayne and Duke are close enough to watch a movie together. Duke once blamed Damian for not helping Bruce and Damian agreed. Which shows that Damian is very friendly to Duke.(Robin War, batman 33)

4. Jason also helped Duke’s training, and referenced Duke as one of his brothers. Duke consistantly made jokes about Jason dying, which shows that they are very close.(Role call, Red Hodd outlaw)

7. Alfred Pennyworth was the one who decided to make Duke a robin. He gave Duke all the resources and helped him to become the hero of gotham. Even during the Cursed Wheel training, Alfred assisted Duke.(We are Robin, All star batman etc)

8. Tim Drake literally has a picture of Duke at his place.(Deathstroke 34)

9. When Jim Gordon was Batman, Duke was Robin of Gotham. When Orphan and mind controlled children attacked Gotham, him and Duke protected Gotham as Batman and Robin.(Batman and robin eternal)

10. When Batwoman was fighting against League of shadows, Duke assisted her with his research. He also assisted her battle against Monsters in gotham.(Detective comics, Night of the monster men)

Others: Duke mentioned about patrolling gotham with batgirl in Detective comics. When Batwing was captured by league of assassins, Duke told Batwoman that Luke Fox meant a lot to him, and he want to help in any way possible. Doctor Tompkins was thw one who helped Duke find a foster family, and help him to get through his problems.

I honestly don’t understand why people say Duke has almost no relationship with the batfam members. I think these stuff should be acknowledged more. Anyway, stan Duke Thomas.

“I’m Ray Palmer. I can science my way out of anything.“

Is a Knight of the Round Table.

Captain of the Waverider, trained Assassin

„It doesn’t matter if you’re the slowest kid in gym class or the fastest man alive, every one of us is running. Being alive means running; running from something; running to something or someone. And no matter how fast you are, there are some things you can’t outrun; some things always manage to catch up to you.“

“You’re human, and we have a purpose too. We remind superheroes what they’re fighting for.”

The Flashs One True Love.

„See, now… if the bullets don’t work, right, why the punching? I just never understood that.“

Ugh I saw that too and I hit that “Do not recommend this channel” button immediately lol. If they cast another white woman to be the next Batwoman they wouldn’t be complaining like this and giving us these dumb hot takes, but since she’s a black woman, it means they “don’t understand heroism” smh so dumb.

And it’s worse that these fanboys are the ones who don’t understand the stuff that they claim women and poc “don’t understand” about “heroism” and comics. And I don’t even know what this guy was saying in his video but I don’t care to find out, and I’ll bet he hasn’t really read Batwoman comics if he’s so bothered by this.

And men complain about stuff Ryan/Javicia being the next Batwoman but don’t say anything about all the actual problematic and “not understanding heroism” aspects that other DCTV shows do and they don’t complain when white characters take up another character’s mantel (Dick, Damian, even Jim Gordon and so many others being Batman instead of Bruce).

I’m just glad Javicia has a support system and friendship with the other DCTV black actresses like Anna, Candice, Lesley, Nafessa, Meagan and Azie because fanboys and fangirls can be so racist and a lot of these women like Candice and Anna had to deal with all that alone. And on another note, us nonblack fans need to step up more and not let other fans get away with the racist online abuse that they put these actresses, as well as nonwhite and black fans through.

Okay rant over lol. TLDR: These kind of fanboys are trash

„It may have taken you years, sweet, darling Kate, but you found me eventually; even if I’m not the girl you expected me to be. I had my secrets just as you have yours. But do be careful, my dear sister.“ 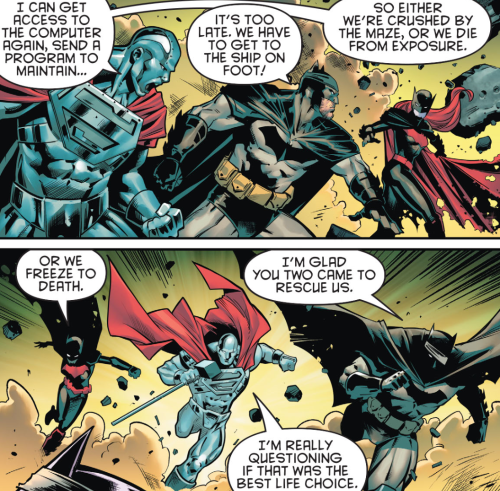 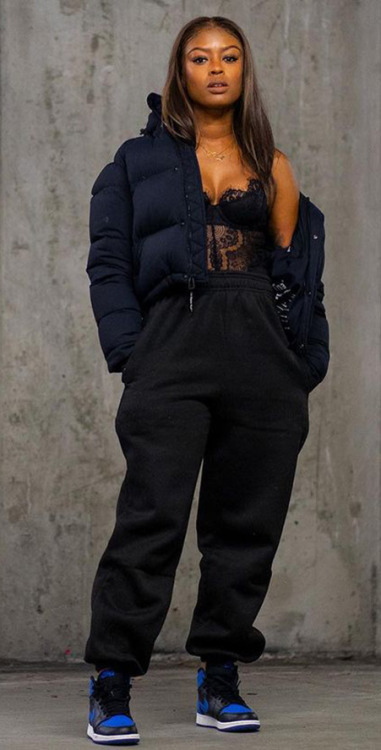 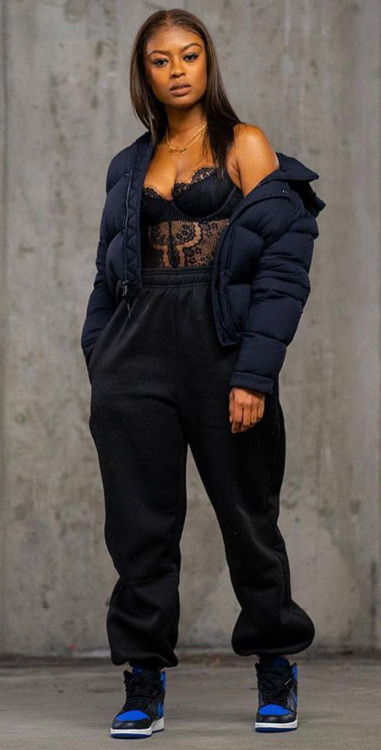