There’s always this one time at 4am that I unironically ask myself If I’m reading a Merthur or a NeaGami fanfic.

Gwaine: MERLIN! Arthur is in the lake and I don’t think he is waterproof!!

Percival: He means Arthur is drowning

Someone: *agrees with him*

Arthur, already getting his sword: What. The. FUCK

Merlin visits his loved ones during their final moments to say goodbye. One last time.

You will not be alone

I guarantee I will stand by you 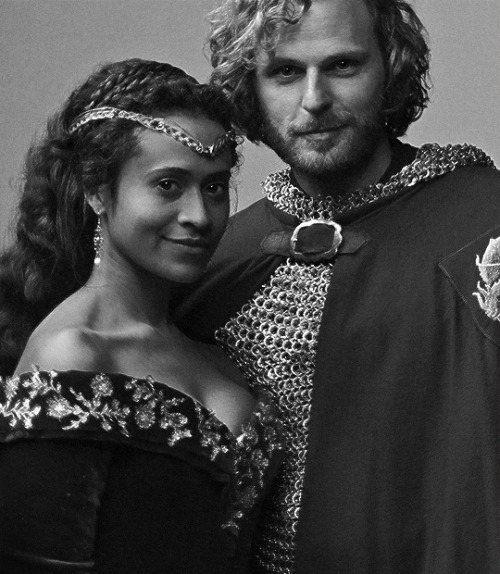 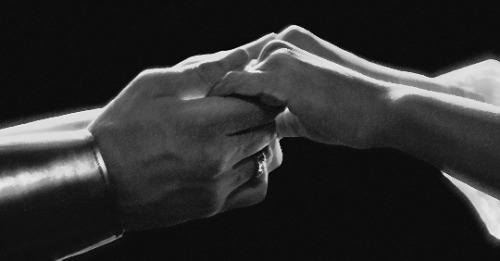 check out my rant on him here

I love their relationship

Y'all have a chain going of favourite minor characters so

AU where Merlin tells Morgana, but not everything

I mean, the dragon said she shouldn’t know the full extent of her powers. And he doesn’t tell her that. But he does show her that he has magic, he does let her in and show her what he can do, and he doesn’t let her be afraid. Because whatever the giant lizard says, Morgana is his friend, and he won’t let her suffer.

He tells her her magic isn’t too powerful, that she should be able to hide it quite easily with a little practice, which he’ll help her with. She’s not a danger, she doesn’t have to be in danger. He’s there for her. It’s almost the truth, but its all she dares tell her.

At first, she’s angry. Not at him, but at Uther. She’s ready to kill the king for what he’s done to her friend, her kin, her kind, but Merlin talks her out of it. He tells her, somewhat reluctantly, that there is a prophecy that Arthur will bring magic back, if they help that to happen. But if they kill the king with magic, Arthur will hate it forever. He doesn’t tell her the full prophecy, nor who he is, but she believes him. She agrees to let Uther live (though she vows to make his life as difficult as possible if he tries to hurt another innocent).

Merlin meets with her quite often in private, to help her learn her gifts, to help her hide them and make sure they never flare up in a temper. She gains full control, in time. The dreams don’t go away, but she learns to use them rather than just fear them. Merlin also meets up with her just to complain about Arthur, and how much of an idiot he is, and how arrogant to think he achieves all he does by himself (“seriously Morgana he thinks he killed the dragon, there wasn’t even a body!”). It’s joking, obviously, because Arthur being an idiot is far better than the alternative, but it feels nice to just rant about him with someone his own age, as a friend. She doesn’t get told everything he does, nothing that needed him to be too powerful, but she slowly does begin to learn more.

They hatch a plan to convince Arthur that magic can be good. Uther’s a lost cause, but if Arthur sees magic in a good way, then one day they will be safe. So they start allowing him to notice the magic that is saving his life, saving the lives of those he cares about, though he doesn’t see who does that magic. It doesn’t always work because Arthur is an oblivious idiot all the time, not just when that’s a useful thing. But he does start to doubt his father, a little.

When Morgause shows up, Morgana is a confident lady who knows her own place. She isn’t afraid, she is learning more of her power every day, and she’s not willing to just be a puppet for her sister. She tells Morgause what she knows of Arthur, and reluctantly she agrees to help them convince Arthur rather than kill him, and to let his father live.

The three of them meet up in Morgana’s chambers a lot to discuss various things, though Merlin mostly manages to stay with Arthur most of the time. Side story that Gwen and Arthur are completely convinced that something is going on between Merlin and Morgana, but they can’t seem to prove it. It becomes a mission for the two of them to catch them in the act of something, because they’re sure that friends don’t spend that much time together. Morgana does point out that Merlin still spends far more time than necessary with Arthur and that Merlin absolutely doesn’t have eyes for her but Arthur ignores her.

Eventually Uther dies and Arthur takes the throne with Morgana at his side. He doesn’t hate magic anymore, he’s willing to let sorcery slide. In time, he officially repeals the ban. And quickly finds out that his sister, best friend, and various other ladies of the court (because Morgana absolutely got Morgause a high ranking position somewhere along the line, as well as several other priestesses and sorcerers she found and wanted to help) have been committing treason for at least the last several years. He’s angry about the lies, for a while, but he eventually forgives them. He can’t hate his sister. He can’t hate his Merlin.

One day, they meet with the druids, and Morgana finds out just how powerful she and Merlin both are. But they use that power together, as allies, to raise Albion up from the damage Uther had left it in, and set about creating a kingdom that truly values equality. Arthur accepts that there are some things about them, about magic, that he won’t ever understand, but he accepts them with open arms. And that’s what’s important.

This is too much

Merlin: have I ever let you down?

Arthur: do you want me to answer that, or should I just glare?

yes its aLL STRAIGHT NOTHING TO SEE HERE

#bbc merlin, #the last dragonlord, #prince arthur, #arthur pendragon, #merlin, #merthur, #this show is so gAAaAAYYYY, #my memes
29 notes · See All
Next Page