Thank you to the person who, #knowing about someone’s #plans, managed to #warn me: Be #careful because they will try to take your son away from you and through lies, you will find yourself in #prison. When I asked why - why does he hate you? Several other #people have warned me, who have been here for many years, that they help first and when they forcefully take the child, they even try to break #English law and not do anything about it so that the mother does not have a nice apartment, money because for such activities they are #paid by #people who only want my #son. Therefore, for #money, I know that you trade on Camden with #children without helping, but making mothers fools, and doing so that you kill them from all sides, refusing to #help them. This is what you are doing to my son #right now - you are chandering. All your efforts to lure me fit #perfectly into the #scheme of #selling #children. You implement each element of the scheme: you have #beaten with these #behaviors towards me, for the last #months you have taken evidence from the #Camden area that you have picked up #children from their #mothers, isolating them from everyone and #limiting their #financial development so that they cannot #defend themselves. You have #proven that you have #taken my #Housing #Benefit away from me and that you have refused to #help me with my #money to #start my business. (at England’s Lane, Primrose Hill)
https://www.instagram.com/p/CDry9BPpv9B/?igshid=1mmtrnklb61em

Reunion: The Sound Of The Providence / The Lost Tomb (Reboot): Episode 21

Days on base were always long and mind-numbingly dull, but for Gene, the day after his punishment was the longest one yet.

He had lain awake the entire night, trying not to move and aggravate the fresh welts spanning his back. Getting dressed in the morning had taken twice as long as it should have done, and he was trembling by the time it was over.

Then came the usual routine: paradeground duty, followed by classroom lectures and prep in the medic’s quarters. The day was hot and muggy and sweat trailed down the back of Gene’s heavy uniform, touching at the welts and making them sting and burn.

Gene said nothing. He knew better than that.

Judah and his squad returned from PT in the late afternoon. By that time Gene was dizzy, exhausted, and nauseous. He’d managed to choke down a few bites of breakfast but had skipped lunch altogether. The slightest movement hurt now, and he could feel blood, warm and sticky, trickling down his back.

He excused himself from dinner early and went to the medbay. As he fumbled with the keys to open the door, a voice called out.

Judah loped over, back in his uniform, dark curly hair slicked away from his forehead. His brows were furrowed. “What’s the matter with you? You’ve been acting weird all day.”

“I’s busy.” Gene’s accent thickened, and he snapped his mouth shut in exasperation. The bunch of keys felt cool and slippery in his clammy hands.

“You know you only talk like that when you’re upset, right?” Judah’s slight grin faded. “What’s going on, Gene? Talk to me.”

The ground shifted under Gene’s feet as a wave of dizziness crashed over him, and the keys fell from his fingers. Without thinking, he bent down to pick them up.

No sooner had he done so than he realised his mistake. There was a horrible tearing sound, and a strangled cry, little more than a whimper, wrenched itself from his lips as the buzzing in his ears became a roar. He heard someone—Judah, probably—shouting his name, and then unconsciousness took over.

Starfox is beaten and choked by Thanos 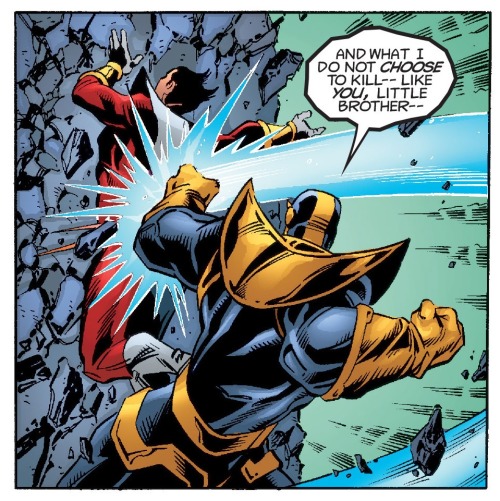 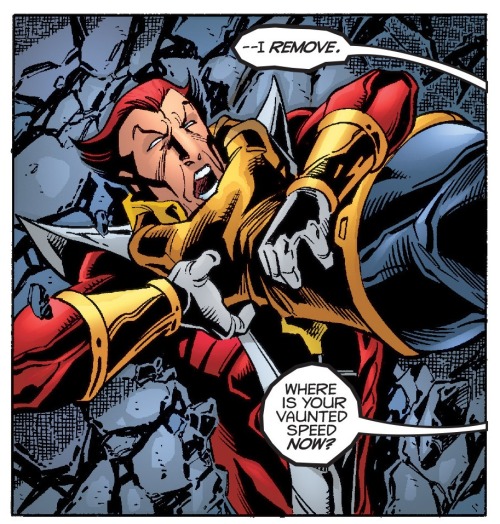 The King is given a prophesy foretelling a betrayal by his Consort, and doles out appropriate punishment for his future transgressions against the Crown.

Characters: Wels (the King), Evil X (the Consort), mentions of Joe (the Oracle), Python (the Queen).

The King redresses himself in terse silence, hands pulling tight the buckles of his belts and armor with practiced ease, his movements jerking with seething frustration. This was hardly the first time his Oracle had delivered him unfavorable news, but second only to one, it was the first time it pertained to something so close to him, so personal.

The King’s hand wraps around his scabbard and drags it across the table, the blade rattling within until he’d pulled it to his side, the belt clasping to his hip in as short a time as the rest were done. Behind him his Oracle lay, whether depleted from their encounter or from the King’s violent reaction to the prophesy he had delivered, it was unclear. No matter. The King would have a nurse sent to check on him. He has bigger matters to attend to. Matters of betrayal.

He stalks from the room without a word to his Oracle, slams the door shut with a low growl that sends the mingling servants fleeing. He need not ask them where to find his target. He had limited freedom to roam this castle, after all, and so few places to hide. It was only a matter of time before the King found his Consort.

“What. Do. You. Think. You’re. Doing?” The whumpee breathed, their voice low and quiet. Their eyes burned in anger, their fist, clenched tight.

Still the whumper smiled, “darling,” they cooed, lifting the beaten caregiver off the ground. “Just cleaning up after you.”

Spider-Man and Medusa are having a scuffle. Medusa wrongly believed that Spider-Man was a bad guy so she whips him with her hair….Kinky! 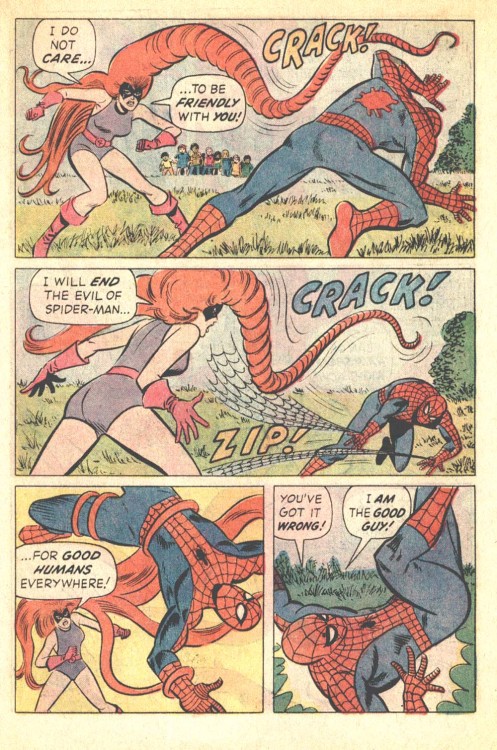 As Rachel Summers is taken hostage by Vulcan; Wolverine and Cyclops try to save her by fighting him but they get zapped and beaten. 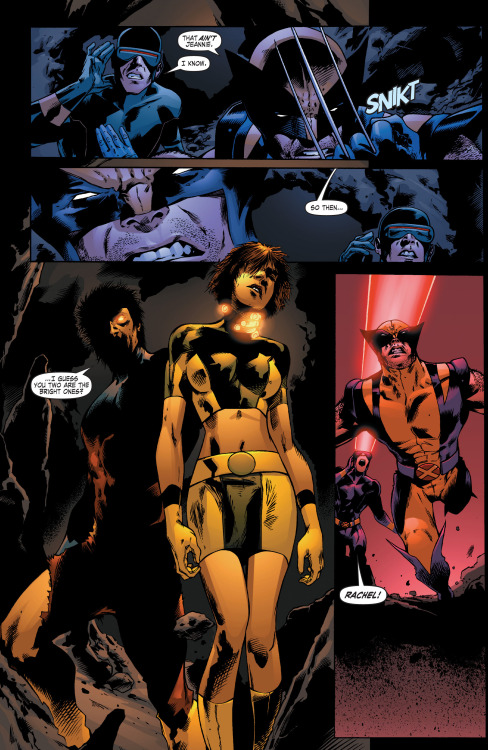 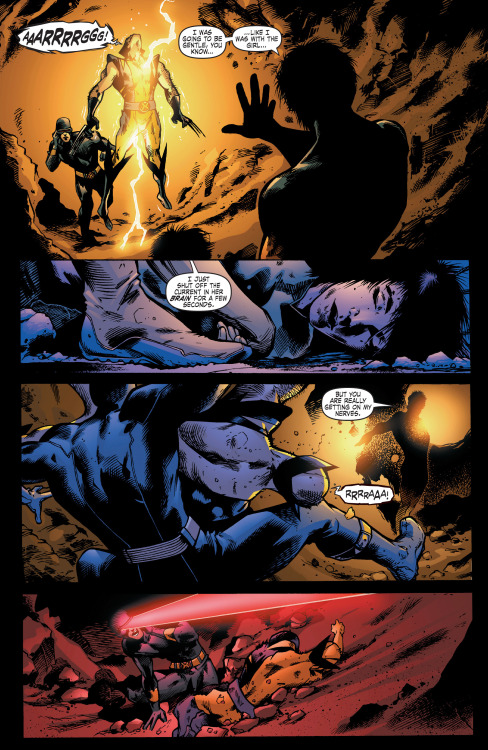 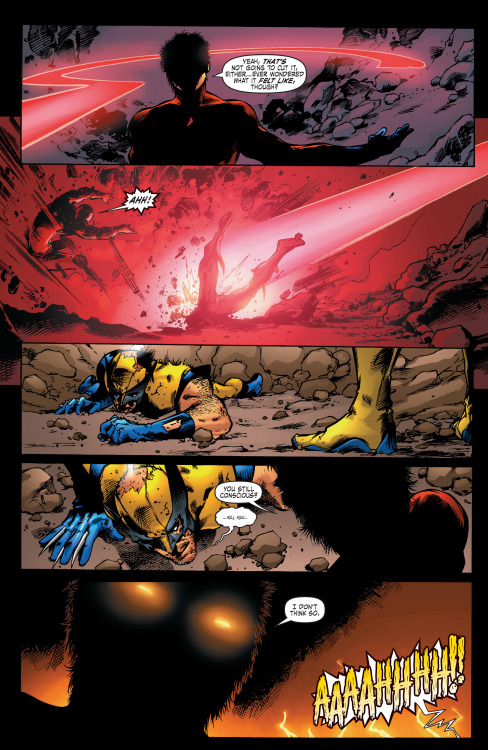 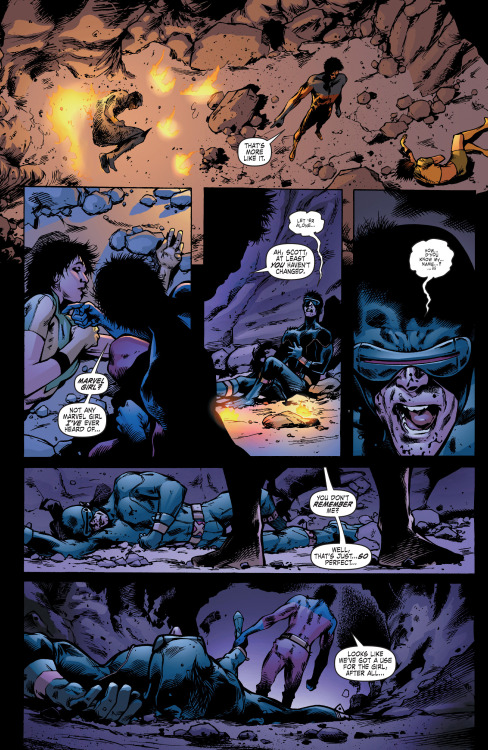 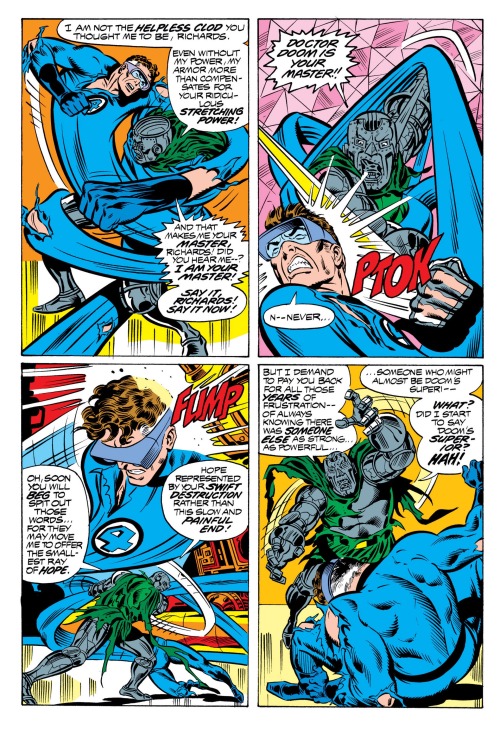 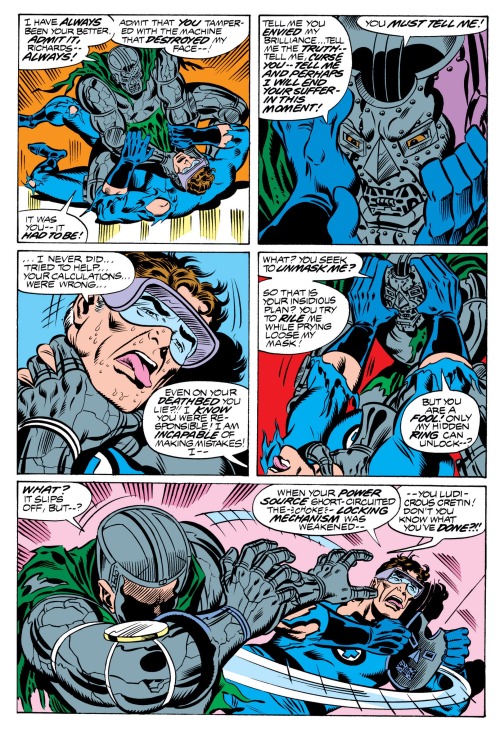 Iron Man is brutally beaten up by Titanium Man who is about to finish him off. Fortunately, Black Widow intervenes just in time, forcing Titanium Man to let go of Iron Man. 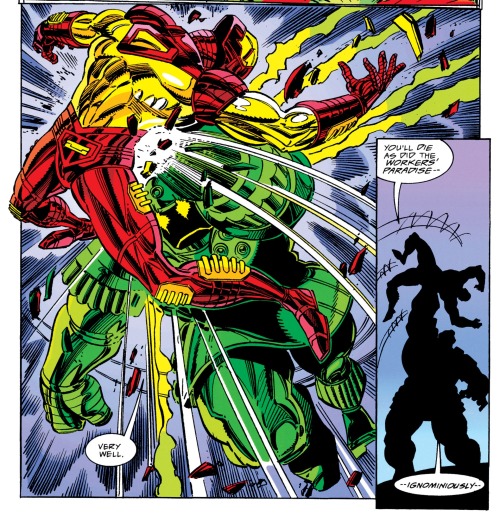 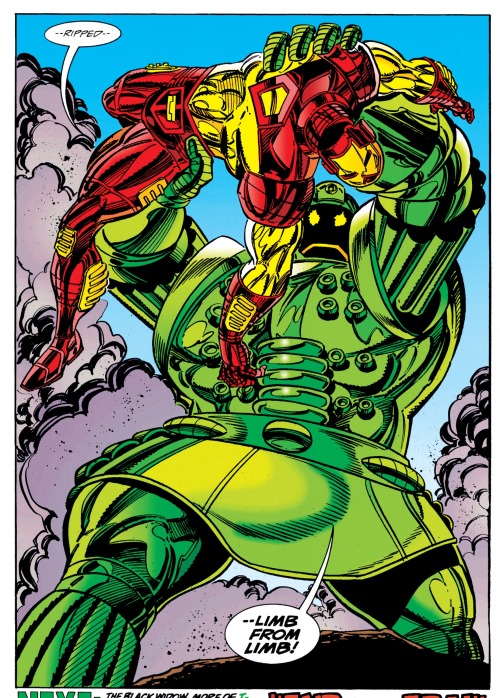 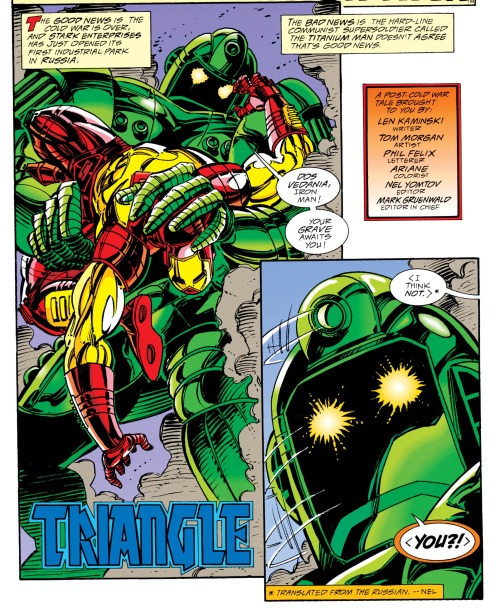 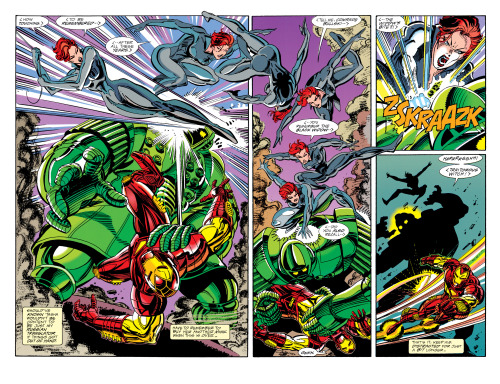 Nick Burkhardt is attacked by a Siegbarste in his own home. He ends up in the hospital with three bruised ribs, a dislocated shoulder, a mild concussion and lots of bruising.

Black Panther is captured by Moon Knight and the Moon Wizards of Khonshu. 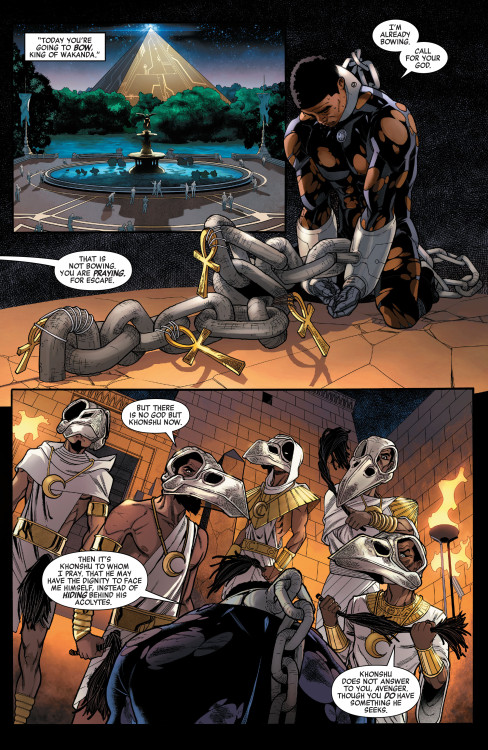 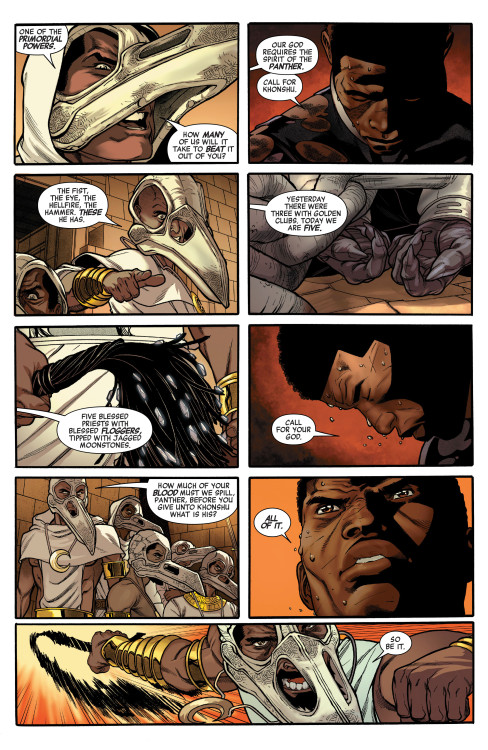 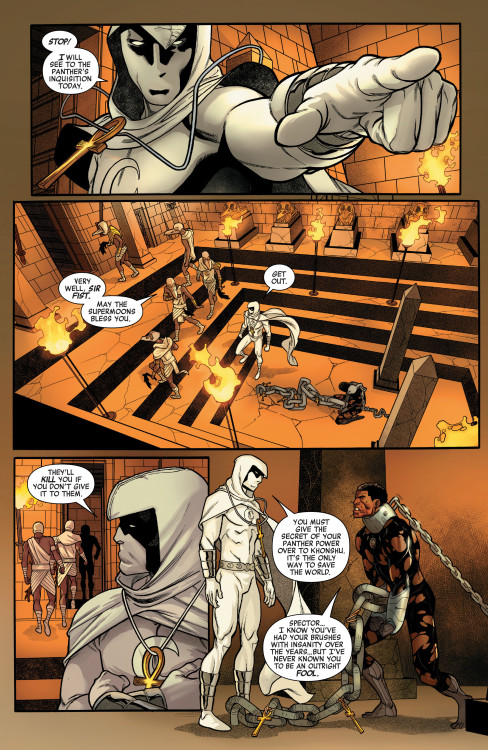 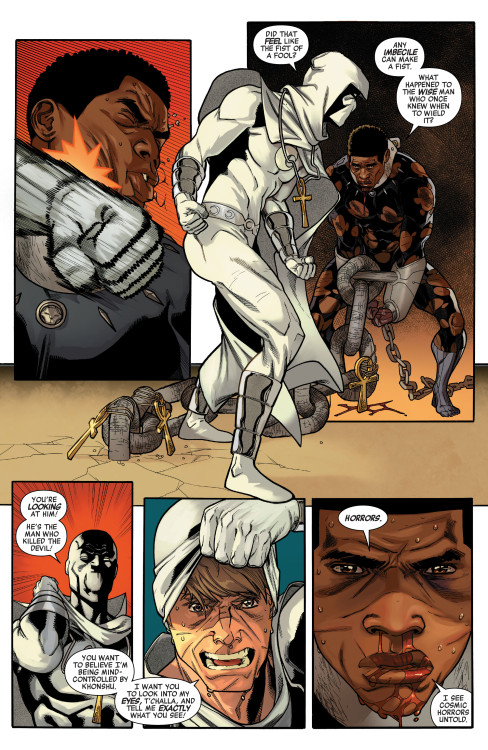 Captain America, Black Knight and Jarvis were held hostages by Baron Zemo and the Masters of Evil. Zemo tries to break Captain America’s spirit by destroying his possessions and then, he forces him to watch the poor butler Jarvis get tortured by Mister Hyde. 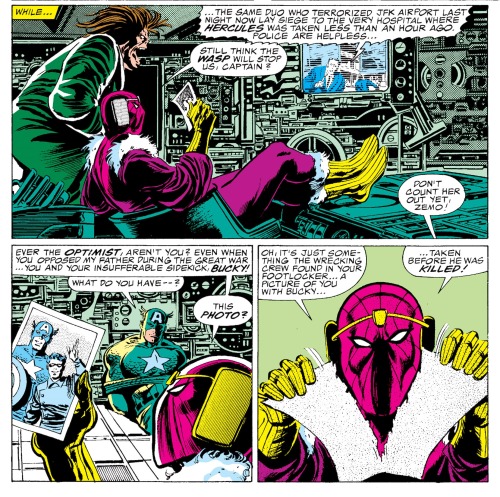 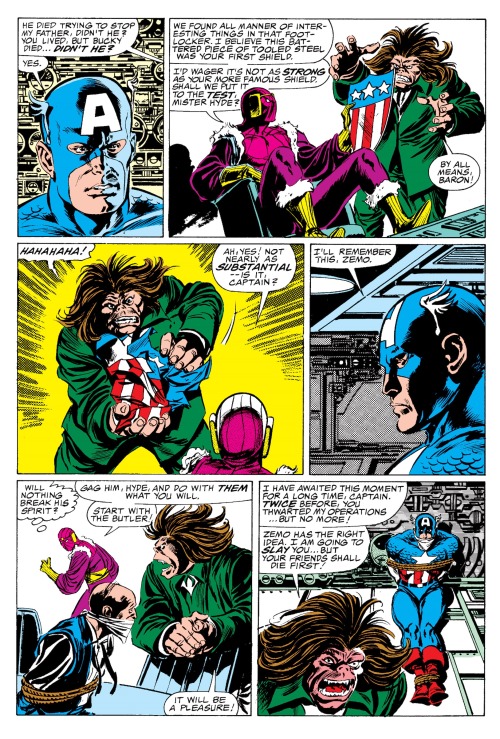 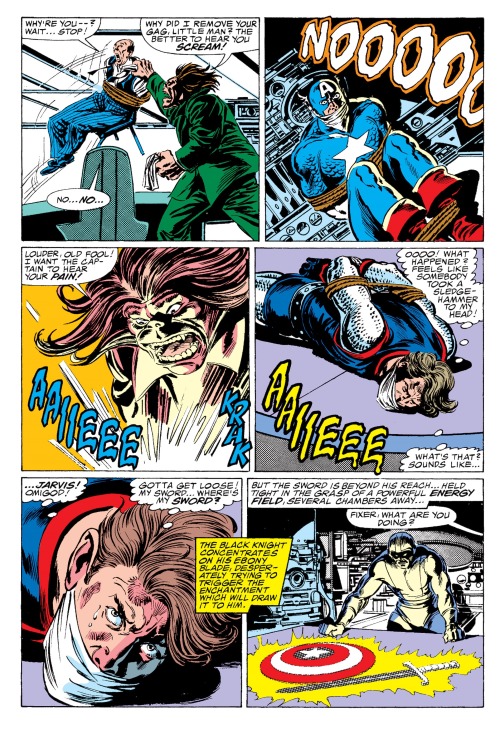 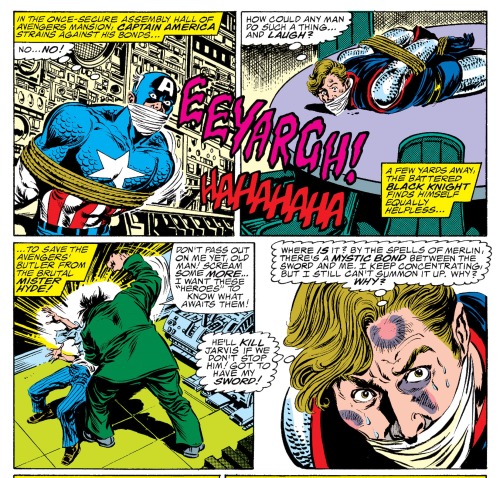 Some bloody good Bellamy Blake whump   appreciation! To lighten up your day, I mean look at this man, he knows what he’s doing to us.

#bellamy blake, #the 100, #series, #dont spoil anything, #whump, #bloody, #bleeding, #beaten, #emotional, #baby been through so much
17 notes · See All
marvelheroperilPhoto

Iron Man is ambushed by the Blood Brothers 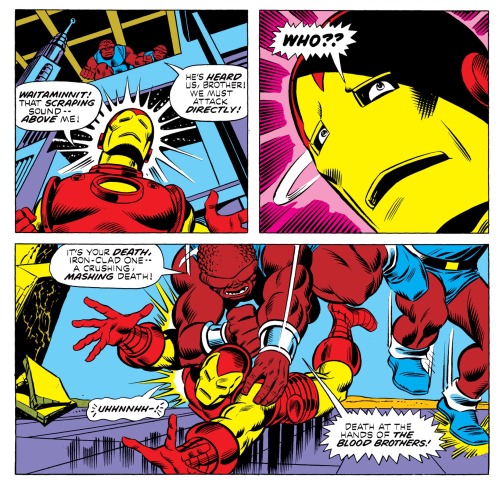 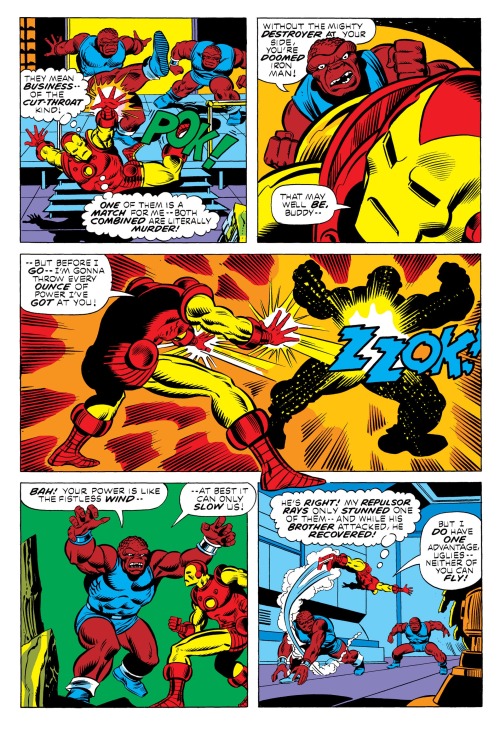 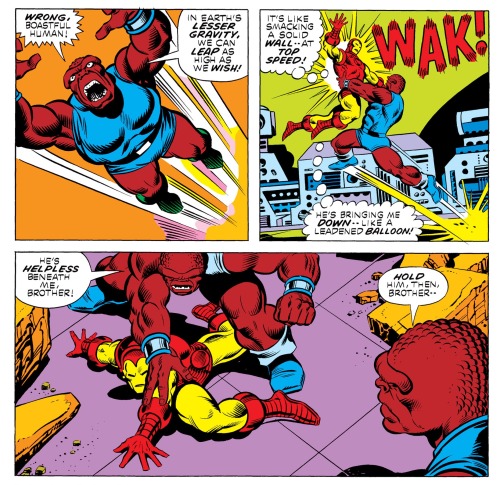