I was called out to see about removing some bees yesterday and HOO BOY were they some fun ones.

Not only were they located on the corner of this house, but they were 2 stories up on the outside, and had an internal light soffit in front of them on the inside. (You know, those rows of drywall protrusions that are supposed to make the room look bigger or something.)

I finally decided to go at them from the inside and that ended up being a good idea. They were up and around a corner so I couldn’t see half of them directly, but I’ve felt my way around enough hives to know what I’m grabbing. A 1x1’ hole in the inside soffit later and I’m cutting HUGE combs down that ran a good 3’ down the length of the space. I have 8 deep frames of brood now, as well as a 5gal bucket of honeycomb that I’m going to crush and slowly feed back to them since it’s still technically winter here.

In the above photos you can see a rather hilarious situation I found myself in when I brought them home. All of their brood was in the blue box, but because I happened to have a 10-frame medium swarm trap next to them they decided that box would make a better home! To make sure they tended to their brood still, I took an old 10-frame deep and moved the frames on top of them. That seems to have kept them in one place for now, so I’ll check on them in a week or so to make sure they’re still healthy and don’t have any sliming going on. The comb I cut down was largely dry, but there were some honey sections that I might need to remove if the gals don’t clean them up fast enough.

They also still have a good handful of bees on the vac and bucket, so I’m not sure what I’m going to do about them. They were the stragglers that I picked up about an hour after cleaning out the hive, so they might just be lost bees at this point. Hopefully they find a good home in my bee yard~

Hey guys my bf, who is a 4th generation beekeeper, opened his Etsy shop selling beeswax lotion bars. We’re in the process of adding more items such as beeswax candles.

Please keep donating, smash the target and help SAVE THE BEES!!

Easy to use:
This is a versatile and user-friendly Shopify theme. It gives you stylish page layouts and sections so you can easily design your attractive online store. You can use its intuitive Drag and Drop interface to create your unique Homepage. The specially designed Shop Page of This is ideal for showcasing your products in the most attractive way. Not just Homepage…

Say it with me:

Those are FLIES. FROM THE SEWER.

Maybe I’m wrong? But like he’s an agent and if he has a name I’d like to know it 😂

Okay okay I was in fact wrong so say it with me :

Are humans anthropoidal honeybees? Here’s why some people are drawn to fringe theories, superstitions, pseudoscience + supernaturalism

Are humans anthropoidal honeybees? Here’s why some people are drawn to fringe theories, superstitions, pseudoscience + supernaturalism

Have you ever seen a swarm?

It’s a simple question and I ask it because some people have never seen one. If you have lived your entire life in the city, it is unlikely that you have witnessed this amazing spring phenomenon.

When I was a teenager I lived on the North Downs in England and so I have seen quite a few swarms for myself. And they can be very frightening.

If you didn’t know, honeybee…

Next up for the Spyro Reignited, Elder Dragoness project

She’s nice and friendly, but takes her job very seriously. She’s quite the pendant when it comes to caring for her hives and processing her honey, to the point of being highly strung. She does not like it when other dragons burn up grass without care, because not only does this destroy flowers, but it could hurt her bees. 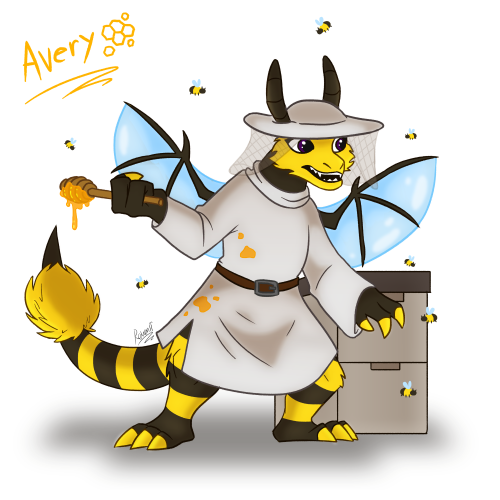 Saint Abigail was a Medieval Irish saint, also known as Gobnait (Irish for Abigail which means brings joy) or Deborah (meaning honeybee). She had a special relationship with bees and would care for the sick with honey and natural medicines. She is also credited with saving Ballyvourney from the plague. Abigail ministered to the people until her “soul left her body” which in Irish legend is represented by a flying bee. 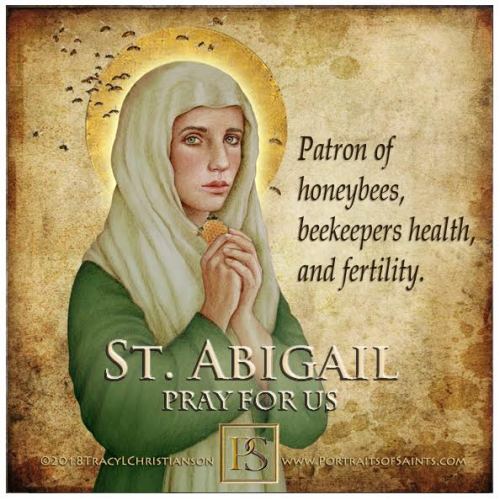 Ok so minecraft now has bees

When do we get beekeeper villagers?

The gift the bees give us

and what happened to the BEEKEEPER guy?

did he just vanish?

because as far as I know, Monica is the only one who’s come out of Westview so far

It’s #StarSunday! In keeping with Black History Month, I want to honor one of my favorite astronomers/astrologers ever: Benjamin Banneker.

Benjamin Banneker might be one of the most influential astronomers and astrologers in American history. Why have you (probably) never heard of him? Because he was African American. But for so long he has been ignored on the grounds that he was a person of color. He was a brilliant man. Differentiating between the man and the legend is hard to distinguish. Just as all the American founders and revolutionaries have folklore surrounding them, from George Washington to Daniel Webster, so too does Banneker have a great deal of legendry surrounding him. The fact there is any folklore around him is indicative of how incredible he was as a person.

He was born in a semi-rural area outside of Baltimore to freed slaves. His family history is a bit contested. His father was definitely of African descent, though early biographical details of his life indicate his mother was also of African descent, while later biographies contend that his mother was a European indentured servant. This is largely based on the reports of the descendants of a woman who claimed she owned Banneker’s father, then freed, married, and bore a child with him, so this does not carry much weight. None of the surviving documentation on Banneker indicates that he had anything but African heritage.

He was an absolute genius. Being African American, he was unable to obtain any formal education, and therefore was self-taught. It is said that at age 22 he borrowed a clock to use as his model, and then built another one out of only wood that kept perfect time for more than twenty years (quite a feat if it’s your first time making a clock from scratch). Upon learning to read and do basic math, he began reading the ephemeris portion of farmer’s almanacs, and thereby taught himself the principles of astronomy and astrology. His father is believed to have been born in the region of Guinea, which was the name for the southern region of West Africa. It is believed, based on Banneker’s immense knowledge of astrology and star lore, that his father may have been of the Dogon people in the area of current-day Mali, and taught his son at a young age the basics of Dogon astrology.

When Thomas Jefferson became President, he negotiated the location of the Nation’s Capital, and hired Ellicott to do the land survey of current day Washington D.C. Ellicott hired Banneker to assist him in this effort, and tasked him specifically with marking the 100 square mile boundary of D.C. Banneker was personally a part of the first few stone markers, each laid at one-mile intervals along the boundary of the Capital. Many of these markers are still there today. Banneker is said to have used his astronomical and astrological know-how to lay each marker at specific times for specific correspondences in the heavens, of which the first at Jones Point in Alexandria being the most significant. It is said that he surveyed the land, determined the placement of the marker, then waited until night fall, where he used astronomical instruments and directly observing the stars to ensure the most accurate position of that marker. It is believed that, like the US Capitol Building and the Washington Monument, that this first marker was laid at the precise time Jupiter was ascending over the horizon, which was later that day. Jupiter ascending has extraordinary implications in horary astrology, especially in building projects for a new government.

Banneker would stop his work on surveying the boundary of the District of Columbia to return home to continue his efforts in preparing ephemeres. He completed the one for 1792 and through the recommendation of Ellicott, his work was presented to William Waring, one of the most notable astronomers and ephemeris calculators in the country, to double check the work. Waring stated the work was particularly genius, and was quite surprised to learn that it had been produced by a man of color (Waring was an Abolitionist, by the way). Banneker’s ephemeris was then prepared for publication. He would go on to produce several ephemeres for almanacs for several years.

When he left work on surveying the Nation’s Capital, Banneker wrote to President Jefferson asking for the liberation of all slaves, and used himself and his work on the Capital as a case for the benefit that would become of the Nation if he did so. Jefferson replied in a polite manner, but did not address any of Banneker’s grievances (kind of like what King George did to Jefferson). Later that year Jefferson wrote a French Marquis, one of his friends, that he had personally hired and endorsed Banneker, puffing himself up as a great man for doing so. However, true to form with Jefferson, after Banneker’s death, he would write another friend stating that he thought Banneker was primarily aided by Ellicott in a scheme to benefit the Abolitionists’ movement to end slavery, and then stated that he though Banneker’s intellect was just like a petty commoner. (What a dick).

But he did more than just astronomy. He was a student of the secrets of the natural world. He observed the behavior of bees and the periodic cycles of cicadas. He created mathematical and geometric puzzles. He even kept a dream journal and is believed to have done dream interpretation. He was certainly a man of many talents.

Banneker died alone in his home. He never married or had children. It is uncertain how he died, though some suspect it may have had something to do with his drinking problem (probably from having to put up with Thomas fucking Jefferson). He is buried in Oella, Maryland in an unmarked grave near a museum that was founded in his honor. [In 1976 a memorial was erected as near to his grave as could be determined.]

[Kittee adds: The park and museum in his honor still has beehives on it, and they make mead according to his recipe! He had a huge impact on the beekeeping community in regards to identifying the different species of pollinators and what they are attracted to. 💚]

ARE WE EVER GONNA FIND OUT WHAT HAPPENED TO THE BEEKEEPER

Just for the record

Recast Pietro has to be the beekeeper