Can I pretty please be the pastel to your punk?? 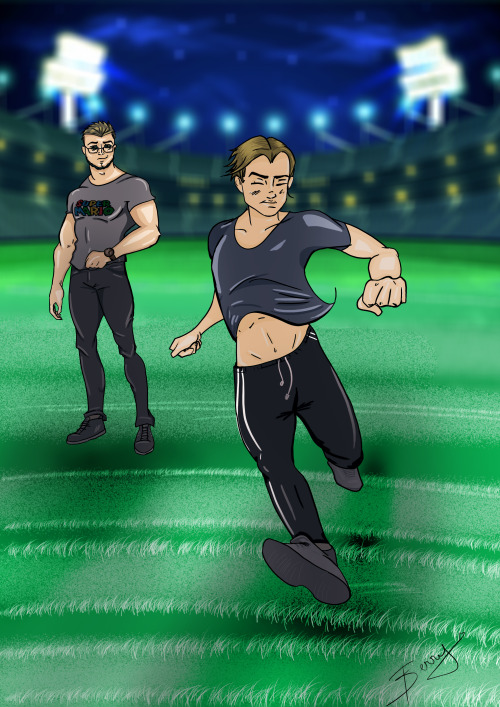 I’m gonna be the best boy for you, your good boy, I promise!!

#berry, #all yours 💙, #lstely ive felt like I, #dont need anyone else, #youve been so perfect, #you make me so so happy i cwnt describe it., #do i make you happy too?, #patton 🐶
0 notes · See All
dejectedssText

Am I good enough? Do I make your heart squeeze with love when you see me?? Gosh I sure hope so, you do that to me..

#berry, #patton 🐶, #aaaaa he's so wonderful!!, #everyone would be jealous of my perfect boy!!!
0 notes · See All
rodarteText

Justice and Chaos were in an uproar in his mind tonight, he walked the keep and checked briefly on his students. Then Mary, making sure she was alright before he continued his wanderings. He began to dance about, light on his feet and elegant for a brief moment before tending to some of the unlit candles. He tried to refocus his visions upon the future before them all, the grandness of the school and how much good it would do. Yet Chaos shrieked with defiance where normally they were often alright with such.

He covered his ears, he couldn’t deny his desires of earlier but at least he was striving towards a balance. He laughed a bit before stepping outside as he spoke aloud in return. “I don’t…Want that.” He rumbled firmly at the voice. “This…I want this.” The first statement a lie, he wanted both of these things. They seemed to quiet to the normal volume as he recalled the Magistrate’s talk within the Cathedral to Cameron. Brief talk of watching over family and such should something happen to him. He kept his gaze away, proud of himself for avoiding temptations but cursing himself for entertaining the thought. “Don’t get caught up…” he tsked at himself.

Hands went into his pockets, he wandered out and looked for Berry. Though the rabbit found him first, the familiar tug at his trousers. “Hello…” he scooped the little rabbit up and pet him gently as he wandered along. Passing by a calm little fox, the one Nyura had given him. He sat down with them, enjoying the company of creatures.

@greeniehorn @theodorebennas me forgetting all the mentions the first time xD))

Swapfell purple is a capitalistic wasteland where enough money can get you anywhere and the right information can get you anything. The queen’s guard is in charge of keeping the rebellious in their place and the less than upstanding away from the capital. Citizens often go missing, never to be heard from again. In truth, most are captured and used for cruel experiments by the royal scientist.

Berry and Syrup grew up in the capital. They lived in the lab and were used as live experiments for most of their childhood. Once Berry became a teenager, he took Syrup and ran away, marking them as fugitives. (Swapfell Purple Grillby) Ignatius took them in, keeping them safe in his on the move candy shop and trained them to be sentries and spies against the queen’s guard.

He always had to extra on the edge in case the guard came around, they were dead set on dragging him back to the capital since the royal scientist was raising him to take their place. Since he was higher risk, he couldn’t go out on spy missions, and took up sentry duty instead. He became a prostitute during his mid to elder teen years to help supplement his and his brother’s income. He refuses to tell anyone how he lost his eyelight and always keeps it covered with an eyepatch. His ribs are cracked and scarred, and have some unsavory words carved into them by one asshole customer or another. He smokes and has an addiction to drinking Nyquil. His favorite food is pancakes, so his brother and Ignatius call him their little pancake. Up on the surface he volunteers at centers for abused and runaway children, using his past to help them. He’s a pretty big asshole to anyone that isn’t a kid or his brother.

Berry was quick to learn how to gather intelligence, working closely with Ignatius in the revolution against the queen. He had to hide his identity and work his way up through the guard in order to secure intel and protect the other rebels. When he could, he helped tutor some of the younger rebels. Most of the rebels were children orphaned when their parents mysteriously went missing. Despite his rough life, Berry was sweeter than anyone who grew up in a world like that ought to have been. He tried to remain positive for his brother, and bring hope to the people he fought for. One day, when he was younger, he found an old copy of the legend of Zelda in the dump. He brought it home and it became tradition for him and Syrup to take turns playing it together. It became a very important tradition between the brothers, and Berry would often brave the wastelands know as the dump for more games for them to play together. He’s a writer, and hopes he can publish a book one day. He also knows how to play the ocarina.

If there’s anything else you want to know, just ask! 😉 There’s still a lot more to their story to be told. 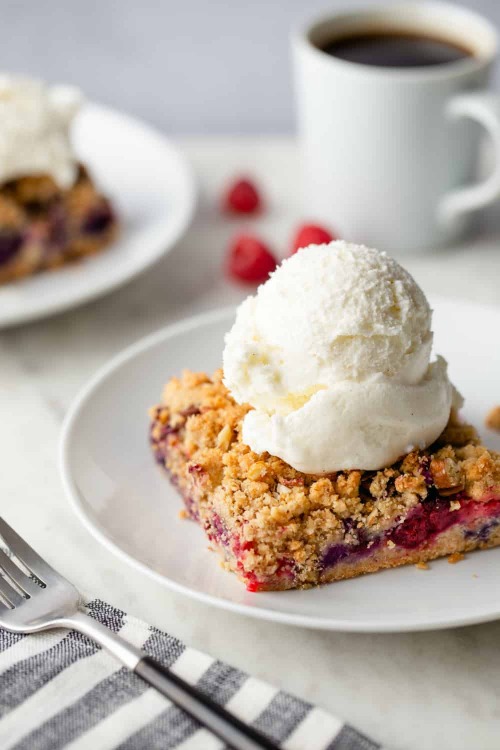 Ah! Sweet as Honey!!! It was inspired by this piece by angsty-teacup!

Just some lighthearted US fluff where Papyrus becomes a beekeeper after getting to the surface!! He and Sans wind up moving out of living with Chara and Asgore to a small farmhouse type place with a big open field of a yard where he can get a little apiary set up! Asgore keeps lots of gardens around their place for the bees, and he sells the honey at farmers markets in town and to Muffet for her bakery. He also likes to take Chara to Toriel’s for the weekend with a nice little gift basket of fruits and honey for her baking.

I have a little of this actually written! Just not enough to post yet, but I’m excited because it definitely lives up to its namesake! 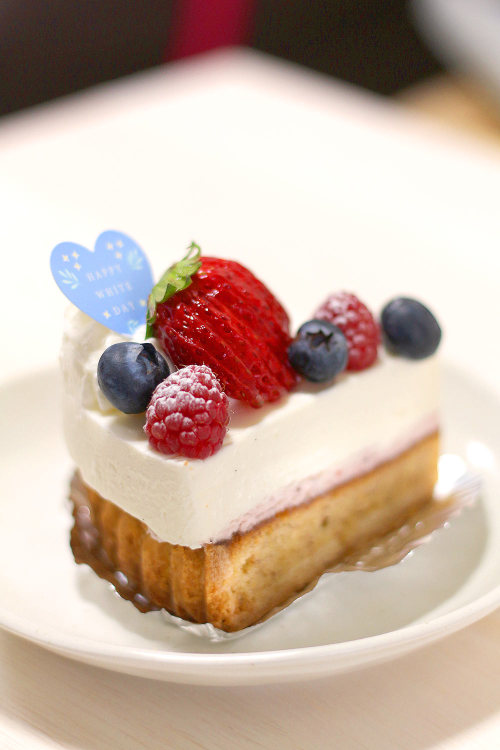 #food, #sweets, #cakes, #berry
3 notes · See All
imaginationcemetaryAnswer
Can I get a scenario for Berry where his best friend becomes best friend AND datemate™? I just think that you made a perfect skeleton and I need more of him ( ˶ ❛ v ❛ ˶)

You most certainly can darling! You’re so sweet >///< I’m glad you like my boy so much!

When Berry’s feelings for you start to tip over the edge of best friendly into romantic territory, you’ll probably know before he does. He’s going to start getting really flustered around you, it’s just going to be written all over his face. He’ll try to keep his cool, but he’ll get blushy and stutter over his words if you do something cute. He knows he needs to tell you his feelings, but he wants to do it in a special way, because you’re special to him. So he starts writing in secret, since you usually get to read over everything he’s working on. He probably meant to do something short, just to let you know, like a love letter or something, but it just keeps getting longer and longer the more he puts off telling you his feelings, until it’s turned into a mini novel. He surprises you one day with a short book in your favorite genre, in which you are the main character, and he of course, is your dashing love interest. He’ll flush dark purple and kick at the floor nervously when you finish reading it, and shyly ask you what you think. If you like it, he’d be happy to act out your favorite parts in person…if you know what I mean 😉 He’ll treat his datemate like absolute royalty if they let him. They’re his best friend and his love now!

Chan, drop all the pics you have mate we’re ready for it Oh my god I was just hit with the strangest idea for a fic that I want to write so bad where a young Edge accidentally winds up in the Undertale verse and grows up with Sans and Papyrus as brothers only for the three of them to later meet Blue and Stretch, and then ultimately all of them meeting Red

Molbud infests berries and takes on their characteristics. It is considered a pest by the farmers because a single one is capable of ruining the majority of the crop to create new molbuds. Its personality is said to depend on the flavor of the berry it grows on.

*Juice ooze: once every battle, molbud can activate the effects of the berry it infests.

**Juice shot: grass type; special move; power 40; the molbud that uses it sprays a jet of low-power juice, the target receives the effects of the infested berry. 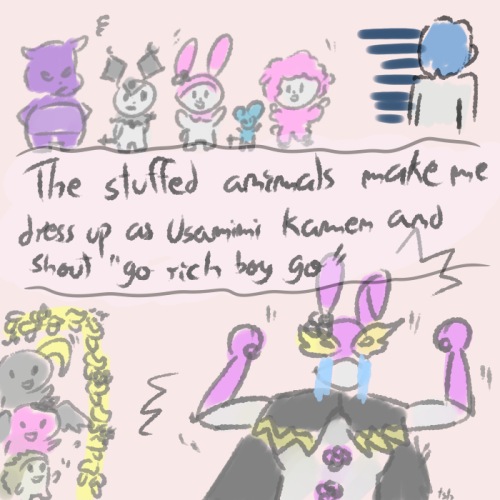 #onegai my melody, #sanrio, #my melody, #kuromi, #cinnamoroll, #lloromannic, #keiichi hiiragi, #usamimi kamen, #baku, #flat, #my sweet piano, #ive never drawn a shitpost so fast as this one, #berry, #cherry, #hedgehog, #my art, #got no artblog to shitpost anymore yall gonna have to deal with this on main
23 notes · See All
ditheringmarigoldText