#i miss the story being interesting#the other half of my complaints are that muira is a freak who needs to stop being so weird#and a dash of the art rn looks ugly#johnny.txt#berserk
8 notes
sheizfearless
Text
#berserk
0 notes
shyyyguy
Text

“His heart is different from that of man”

still gorgeous as ever …

had a REALLY strange dream last night where for some reason Passionlip from FGO and Guts from Berserk were chillin on log near a campfire and looking up at the stars in silence with the only noise being the fire. after that it was a blur and was the only thing i remembered from my dream 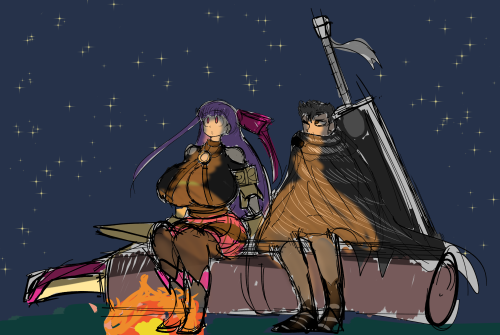 he was a punk, she did ballet 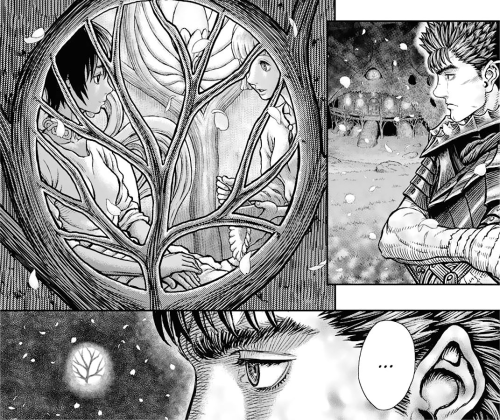 All of this talk about Skull Knight is so ominous, I’m almost convinced it’s to set up a future conflict between Guts and Skull Knight. After all, a lot of Skull Knight’s “heroic” deeds are often circumstantial. He happened to be there. Perhaps, we will eventually see less of this supposedly “noble” knight of skeleton and more that vessel of fury.

Or… Miura is going for a very obvious “it’s ambiguous whether or not he still has a heart, and surprise, he does!” like we didn’t see it coming thirty issues ago. 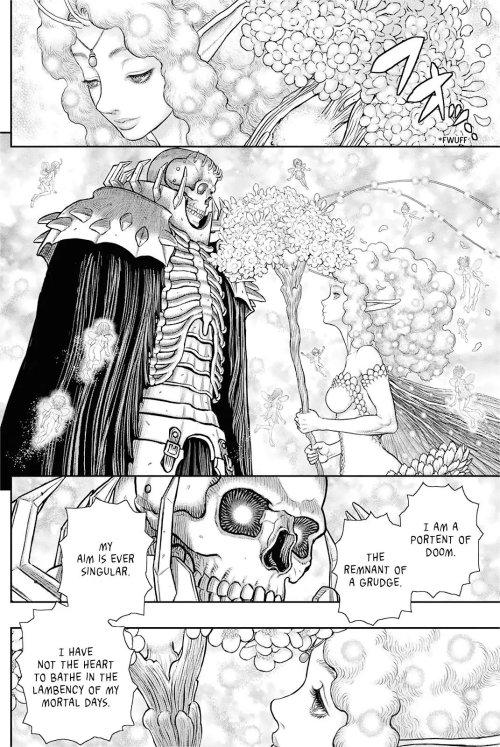 So that new Berserk chapter was really something, huh?

Me @ seeing your ask at this very late hour, Anon:

Hahaha! So YEAH ANYWAY MY BOY FINALLY SHOWED UP:

LOOK AT HOW PRETTY HE IS (Femto’s influence much).

More seriously, you’re right, it’s the first time he showed up directly in front of Guts instead of Casca, which can be explained by several possibilities, tying more or less directly into his purpose(s) for being on Skellig Island.

First of all, friendly reminder that it’s not certain that the boy showed up during every full moon since Femto’s incarnation in the corporeal realm (see the example of vol 38: when Rickert leaves, the moon is full but Griffith is still there). Besides, Griffith’s words before disappearing in episode 358 implied that the transformation was one he couldn’t control, maybe triggered by the child’s wish to help his parents with facing some dangers that he foreshadowed to happen somehow.

Either way, we know the boy yearns for his parents and that each time he appeared, he…

…indeed helped them: he assisted mainly Guts with keeping his focus while wearing the armor, but Casca also always acted more “aware” of things and dangers when he was around.

That’s why I don’t think this third time is any different from the first two, especially considering that Casca is currently overwhelmed by traumatic memories each time she tries to face Guts. So one reason he showed up in front of Guts and not in front of Casca could be because Guts is not the one who mostly needs his help for once (a theory I share with @bscully).

I mean, imagine this…

Would be quite helpful, is what I think and that’s why it’s my fave possibility. 👌

Another (simpler) explanation could be that Casca was shown to be in a house with Farnese and maybe (since it’s Skellig Island, inhabited by elves and magic users) he can’t directly appear inside. ¯\_(ツ)_/¯

Anyway, excuse me but I really gotta spend some moments talking about Sensei’s freaking timing though, because it’s huge and a feat of great writing.

I already mentioned him helping Casca with facing Guts, which would be quite significant and a huge step forward for this little family. However, it’s also important to notice that the child showed up nearly soon after some big reveals about Skully. I mean, we just had the written confirmation that the Skull Knight is who Guts could be if he were to choose the revenge path again…

…and I can’t help but think that if the Skull Knight comes across the child who also happens to be Femto’s vessel……. well, it might be the first time in the series that Guts and the Skull Knight definitely won’t see eye to eye.

Grudge and rage indeed may not allow the Skull Knight to be merciful and understanding towards the child who is Femto’s vessel and I strongly doubt Guts or Casca would agree to sacrifice their son to stop Femto. J u s t saying.

…we have yet to truly understand the link between Danan and the Skull Knight, but if Skully’s beloved is somehow related to Danan (as it seems to be very strangely implied), Danan strongly helping with Casca’s recovery may lead to additional reveals that could make Guts and Casca understand their son’s predicament as one of the Godhands’ vessel. Something that I think eventually needs to happen so that Casca and Guts have a new motivation to face the world Femto is building.

For all these reasons (in and outside of the narrative), I think that’s why the child showed up. This visit of his may end up triggering a war, this might be the last time he can actually help his parents before they choose to do whatever they can to save him, so I think Sensei is going to make it incredibly moving (like everything else happening in this series, but you get my point).

Finally, I was very touched by the fact that Guts sheathed his sword upon seeing who was coming. As if, maybe, since the last time the child saved him, Guts started thinking more intently that the moonlight child could indeed be the demon infant, his and Casca’s son. We’ll have to wait for the next chapter to be sure, but I feel we’re in for many reveals/confirmations, guys!

Bless Sensei for giving us this chapter, it was amazing!!

I hope this answers your question Anon! I wish you a great day. :)))