Been watching The Hobbit lately over and over again and couldn’t resist doodling heehee~ 🤭 I still got a lot to learn when it comes to colored pencils… but definitely excited to experiment with them more!! 💪

Riddles in the Dark 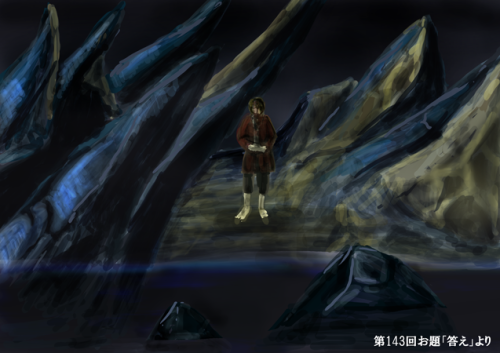 I finally did this scene, The Hobbit, Chapter 12: Inside Information. I put a bit of Chinese dragon elements into this Smaug. :) 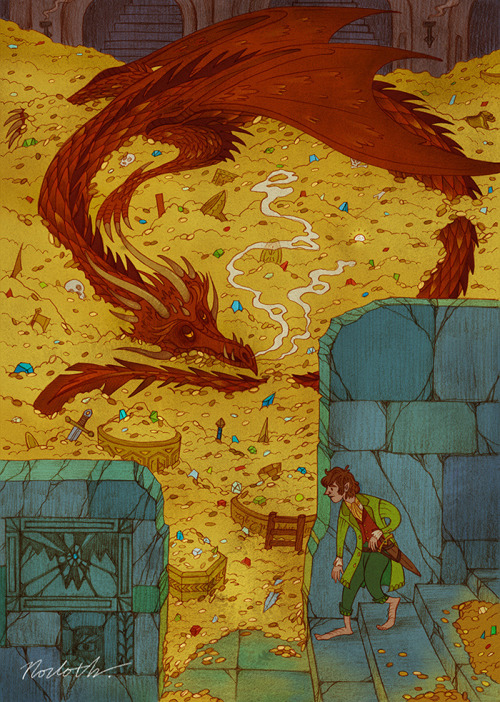 My fan art of Bilbo Baggins!! a second smiling face!! 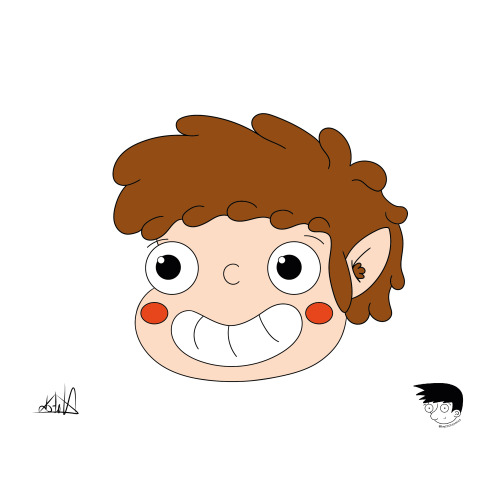 My reaction to the first chapter of the hobbit after only seeing the movies:

- Bilbo spuds nicer I guess here, but I still think Martin freeman did a great job portraying him.

- both fili AND kilo are blonde??

- WE MISSED OUT ON A JAM SESSION

- the biggest character difference that I’ve seen so far is the fact that thorin is NICE in the book.

i’ve seen a post about Theodén being unable to use words. but. when he names Merry “holbytla” he is not inventing sth on the spot bc he doesn’t remember - he uses the ancient word for “the hobbit”, look at this passage from rotk (appendix f):

The origin of the word hobbit was by most forgotten. It seems, however, to (…) be a worn-down form of a word preserved more fully in Rohan: hobytla, ‘hole-builder’.

in the appendix it is said that the hobbits were always using the languages of Men (if they had any of their own, they are not recorded anywhere), so, yes, “hole-builder’ is a very probable name for them, and it seems that if the forefathers of the Travellers, the heroes of the Third Age, had been more pedantic and less fool of the Tooks, Bilbo’s book would be titled "There and Back Again: A Hobytla’s Tale”.

but going back to Theoden and his vocabulary: when he’s calling Éowyn and Éomer sister-daughter and sister-son, he’s doing no more than acknowledging that in Meduseld everything is relative to the niece sister, which means that the Rohirrim are all feminists by default, thank you for coming to my lecture.

#the hobbit, #lotr, #tolkien languages, #rohirrim, #theoden, #bilbo, #it might not be very enlightening for you, #but here i am, #reading rotk 7 h in a row bc i cannot sleep of stress, #and when i notice a gem like this i cannot keep it to myself, #also every reason for the rohirrim to be feminists is valid
1 notes · See All
justfortabataText
#this lowkey gives me rivendell vibes?, #like just a bit, #anyways, #it’s pretty, #lotr, #tolkein, #the hobbit, #bilbo, #thorin oakenshield, #tabata, #there and back and there again, #woodashandoliveoil
3 notes · See All
elennafeanorianText

I bring meta for the @tolkiencrackweek !

So I was thinking about how hobbits spend their time; it’s canon that they like to do activities that don’t require a great effort or that basically consist in eating. Except some essential workers like farmers.

However, in a society with such a lack of technical advances how do they get time to do such things. Something had to made their life easier. And how do hobbits live so well in a medieval landscape inside their Hobbit hole?

How did they find them? They don’t know, what’s most curious about the hobbits is that they take things for granted and don’t wonder where they came from or what else to do with them. So they have that technology, they use it every day but they don’t remember who made them or who found it bet my money it was a Took and they don’t care. They could apply that technology to build nuclear weapons, and they don’t care. They are happy with what they have because thanks to it they can have six meals a day and life a peaceful life in the Shire while the rest of Middle Earth are living stressful, medieval and dirty lifes

#thank you for coming to my Ted talk, #halfing=snoobs, #but please this would be so so so canon, #Aragorn eating dirt during the travel and yhe hobbits missing their oven, #and imagine if Fëanor meets Frodo, #he would the greatest fun of hobbits, #lotr, #tolkien, #hobbits, #the shire, #home appliances my new fed, #when there are hobbits involved of course, #bilbo having the most EXPENSIVE ass microwave, #Lobelia didn't just want spoons, #tolkien crack week, #meta, #bilbo, #frodo, #sam, #SAM AND A LAWN MOWNER, #OMG, #Pipin, #Merry
40 notes · See All
middleearth-tolkienText

’What about helping me with my book, and making a start on the next? Have you thought of an ending?’

‘Yes, several, and all are dark and unpleasant,’ said Frodo.

'Oh, that won’t do!’ said Bilbo. `Books ought to have good endings. How would this do: and they all settled down and lived together happily ever after?’

`It will do well, if it ever comes to that,’ said Frodo.

'Ah!’ said Sam. 'And where will they live? That’s what I often wonder.’

#this scene is so gay I lost my mind the first time I read it, #lying on my yard staring at the sky never coming back from that, #lord of the rings, #tolkien, #bilbo, #frodo, #sam, #jr2t, #lotr, #quotes, #f
13 notes · See All
middleearth-tolkienText

Yeah you do, Dear.

You’re traveling with the Company and every morning you greet everyone with a cheerful 'good morning’ and suddenly one morning you don’t, and it unnerves the Company. Especially your favorite dwarf or hobbit

Even if not everyone in the Company reciprocates or even acknowledges your greeting, they find themselves missing your cheery greeting. The reason why you didn’t could be because:

Option 1: something’s bothering you and you don’t have it in you to talk to people (like having feelings for a certain dwarf or hobbit and it hits you that they probably will never feel the same for you or you’re worried the Company sees you as a nuisance by always being cheerful in the morning) Your favorite dwarf/ hobbit will be worried…

Or option 2: there was a run in with orcs and one grabbed your throat and it damaged your vocal cords. So in this case it will be a few days/weeks till you’re healed. Your favorite dwarf/ hobbit will miss your voice and will be happy once he hears it again.

Hello out there!!! I’m the new One, I’ll try to upload sometimes and I hope you’ll like it ❤