Summary: Bill takes you out on a first date and you’re totally enchanted by him

If you’d like to be tagged in any future fics or untagged, please let know

she marches. MARCHES. down to the police station and grabs him by the shirt collar.

“WILLIAM ARTHUR WEASLEY! WHAT HAVE YOU DONE? YOUR FATHER AND I RAISED YOU TO BE BETTER THAN SOME JAIL-DWELLING SCUM! BLAH BLAH BLAH-”

and it just goes on and on until she doesn’t even have to bail him out, the officers just want the screaming to stop. he is grounded and has to de-gnome the garden for the next five months all by himself

@reguluscore I think this was your idea first? just gonna add this :)

george hated medicine. oh my god he HATED it. would refuse to take it, run around the house, tape his mouth shut, literally sob, if he had to take it. the only way he takes it is if james takes it first , and james also hates medicine but he does it every. time. just for george

taking the kids of holiday was,,,not a good idea. they stayed in a nice hotel and boy was it a MESS. peter had a room with percy and ginny, sirius had a room with charlie and ron, james and lily had harry and bill, remus had fred and george. well, that was the plan but nobody ended up in the right room and sirius’ room was completely empty as he and charlie snuck to james room and ron wanted to be with remus.

headcanon that charlie did NOT go to hogwarts when he turned 11 and instead stayed going to the muggle school down the street because he simply could not be away from his family for such long periods and despite bill being there, sirius didn’t feel safe sending charlie, his baby, to be on his own yet

james potter knew how to play the guitar and all the kids sat around in the living room for hours as he played song after song. fred especially liked it and sometimes asked if james could play the guitar to help him fall asleep.

sirius is the nickname giver , hence the way he calls charlie “baby star” and the other boys demand cute nicknames too and so george becomes “angel boy” and ron is “jellybean” (he like jelly beans) , fred is “sunny” and percy didn’t want one but sirius calls him “golden” (ginny is “lily jr” for 3 years straight)

one of harry and ron’s teacher conferences at muggle school, james and sirius go and the teacher thinks they’re the ones dating since ron likes to “i’ve got 4 dads, and 2 are getting married soon!” and they just go along with it

fred HATES wearing shoes !!! it takes remus AND peter to get him to put his shoes on before they leave and he always takes them off. he only starts to wear them when he gets a matching pair of shoes with sirius

ron sometimes waddles into the kitchen when peter is cooking and just “can i have a hug?” all small and quiet and peter always, not matter heat, swoops him into his arms

charlie IS james in tiny form . he doesn’t even have to try, he just takes so much after james it’s scary. but the biggest ring is he is so good at quidditch, he uses james old broom (he cries) and wears his old jersey (more tears) and it’s just. mini prongs !!!!

lily got a call one day from the muggle police about bill stealing and it takes everything in her power not to laugh because why on earth did bill get caught stealing a motorcycle helmet. oh wait. (she makes sirius go pick him up too)

charlie brought home a story about a dragon that he named dan who likes to eat leafs and everyone thought it was a story until one day a absolutely huge dragon walks into their yard behind the little redhead “momma can we keep him?”

APPLE PICKING IN THE FALL. fred chucks a apple at percy. george is helping harry pick the best apples. lily is taking pictures of everyone. ginny is on sirius’ shoulders reaching for an apple but grabbing leaves. remus is totally not (is) throwing apple at james. bill is eating the apple out of the basket with ron. harry and peter are getting hot chocolate (only for themselves)

peter teachs the kids how to skip rocks !!! only charlie and fred can do it, ron just likes to throw sticks in, george is content showing of his counting skills by seeing how many times the rock skips

lily tells her parents she’s coming to visit with the kids and they think “oh okay, 2 or 3 that’s fine!” and then she pulls up with 7 red heads, a miniature james, and a cat. and they don’t?? know how to react because “lily when did you have so many kids we saw you last year?”

ron likes to plant flowers with lily !!!!! he puts on his little gloves and sits next to her for hours as she explains what each flower is and he always, always, points to the small patch of lillies and says “momma that’s you!!!”

I’m going to be very honest, I just wanted to make a drawing of my Amy with the socks that Charlie gave her at Christmas XD but I ended up with this AND I LOVE IT XD I’m not very good at drawing backgrounds and that but I liked this image U 3 U, these are not all the animals I have, but with those it’s too much XD, how do they allow us to have so many animals in the room? Sure the roommates hate us haha. 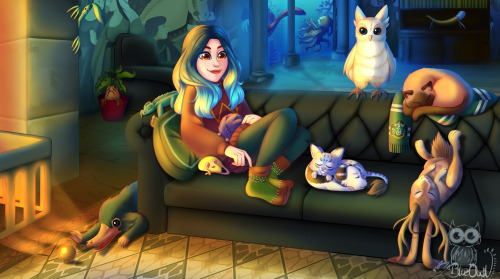 Ya’ll did you know that you can still earn rewards with maxed out friends?? Cause I just realized this 😂

In honor of Pokemon Day I have thought about what Pokemon the characters would have.

Bill: come on, tell me

Charlie: I m- I mean

Charlie: my- My baBy DrAgONs caN’t even bLow tHeIR Own BiRTHDAY CANDLES *breaks down*

Hagrid, stomping out of nowhere: Ooh ye I know, I KnOw it Charles *starts crying together*

the man, the myth, the legend 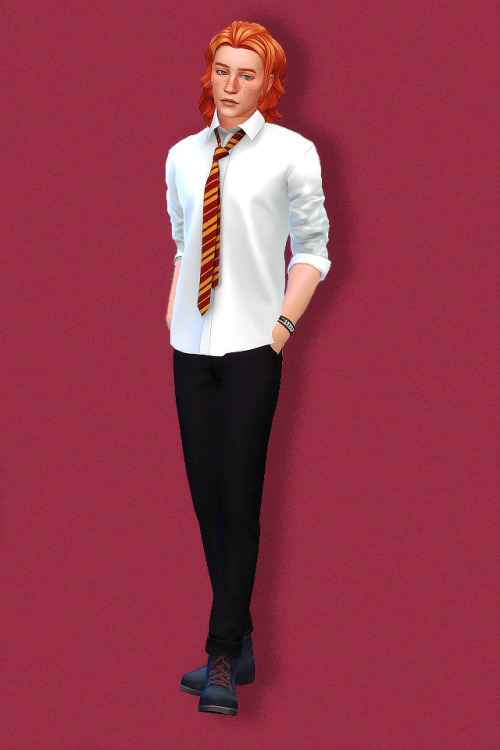 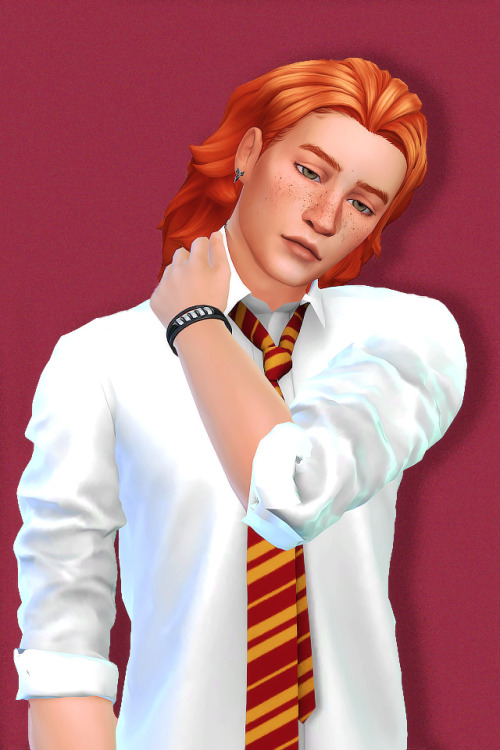 hey, boo boo! thank you for the request! i’m just making the reader a little bit closer in age to Bill. hope that’s fine and that you still like it ✨ oh, and by the way, this hasn’t been proofread and i’m feeling a bit iffy about it, so i apologize in advance!

It contains suggestive content in the very last line!

Jason:Idiots! All of you are idiots

Ermete and Dylan:What did we do?! We were minding our business! Building robots

Jason:Shut the fuck up Molly! How the hell are you wanted by the police?!

Molly:At least I’m wanted by someone

Alexandra:HA! Anyway it’s honestly not our fault! Someone kept catcalling Molly so we whooped their ass

Reborn:How isn’t that your fault? It sounds exactly like it IS your fault!

Fon:I mean technically they were defending themselves

Verde:Why are y’all running from the police?

Alexandra:They are in the hospital…with most of their bones broken

Dimitri:There we go! That’s what we were looking for

Juno:So they can get away with it but we can’t?!

Xanxus:What type of bullshit is that?!

April 15, 2030: Legacy Series Vol. 8: Louis Weasley knows more about craving and cramps than he’d like to.

just realized that before he met mc, bill must have known or at least knew of jacob. little bill looking at all the shit that jacob got into and being like “not for me dog!!” and then he meets his sibling and is suddenly like “if i don’t break into the vaults with them i will physically combust”

one vanilla milkshake coming right up, anon, and I think I know exactly the person you could share it with… or rather the tribe you would share it with. because when you date bill weasley, you can expect to be adopted by the whole family…