My Biology lesson just finish so I’m doing some Hegarty

@starangellunis Spider Crabs are evil and I hate them. They are the cause of all my anxiety and the most wretched thing God has ever made.

The absolute worst is anything in the Mithrax Genus, and the terrible horrible Japanese spider crab.

Here’s it size relative to a man

tonight’s pins (sort of)! i actually pinned all those moths a month ago and forgot to unfasten and label them until now lol. i caught the eastern eyed click beetle a month ago too and only just pinned it tonight and it was a WILD ride

so i only have size 1 pins. i know i should invest in sizes 0 and 2 at the very least but i usually don’t catch anything that small and nothing that big ever shows up. but this guy’s elytra are way too thicc for the size 1 pins. i’m pushing so hard that i still have red marks on my fingers a few hours later. my dad sees me having trouble and comes over with needle nose pliers and while i’m holding the beetle in place, he manages to drive the pin through it but it was SO NERVE-WRACKING… while he was giving each push i could feel the tension of the beetle getting pressed so hard against the board (nothing cracked or broke thankfully) i really felt like i was performing surgery there 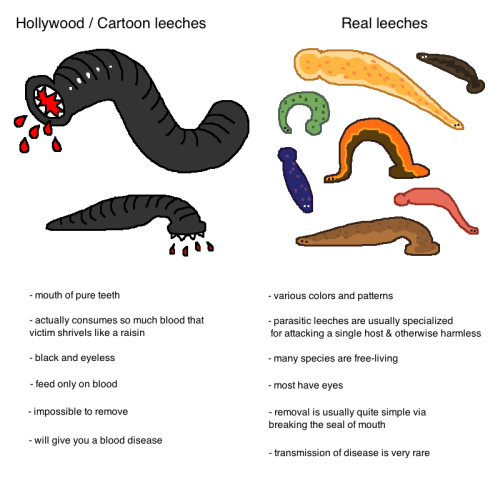 “Rejoice in hope, be patient in tribulation, be constant in prayer.” - Romans 12:12

Haven’t fought him yet, but from the videos I’ve seen…

ALATREON IS THE TOUGHEST FUCKING FIGHT IN THE GAME YET

That’s no joke, he’s legitimately the hardest thing I’ve seen. And I haven’t even fought him yet! I won’t spoil the fight to but to aid and/or prepare people, here’s a few tips I’ve gathered from different sources that should be helpful.

Buckle up for some funky, questionable and downright weird professor quotes from this last semester:

Annndddd finally, the most award for the most dramatic Hamlet style soliloquy goes to my differential equations lecturer trying to figure out what a limit does:

“This is a battle! Trust me it’s a battle to the death! Do you die? Do you go to zero? Or do you go to infinity? Do you grow? Do you live? E^3t guarantees decay. Ultimately death and decay”

Okay, I’m not into weird zoophilia kinks. I was curious why my (female) dog won’t stop humping her toy.

Did you know all female mammals have clitorises? That’s an organ dedicated to pleasure “solely” (however I have read that a clitoral orgasm does help the sperm get to the egg by way of uterine spasms, thus giving the woman some agency in which partner she thinks would be a good partner, since she is… idk… turned on by him… I know that rape inadvertently causes orgasm, but this ain’t about that right now.)

Okay, so long (fucked up) story short, I always heard the myth that humans and dolphins are the only ones that fuck for pleasure.

Why are humans so weird about sex. Is this only a myth told in puritanical america? Is it related to sexism and misogyny since they ignore the clitoris in female mammals? Also… also… since female genitalia looks different amongst different species, is my dogs clitoris, like, in her? Wtf I’m so confused

WHY DID I GOOGLE THIS AND WHY AM I GOING CRAZY.

I will probably delete this.

Hurricanes generate high waves, rough undercurrents, and shifting sands—these can all harm marine life. As a hurricane on the water grows larger, it can generate waves as high as 18.3 meters. The resulting currents can extend as far as 91.5 meters below the surface, wreaking havoc on marine life underneath.

#i bet it would be scary and also amazinh, #amazing*, #biology, #human anatomy, #evolution, #evolutionary biology
1 notes · See All
monster-huntologistText

Aliases: Nerugigante, Nergi, for Nergigante, Reaper, The Oncoming Destruction for Ruiner Nergigante and Extinction Dragon for both

Biology: Nergigante share a similar six-limbed form with the majority of Elder Dragons, being quadrupedal with a separate set of wings on its back. Their hide is mainly black with highlights of orange and purple. Two massive horns adorn the top of it’s head. The most notable feature of a Nergigante is that their bodies are almost completely covered in white spines. While these are easily broken, they grow back quickly thanks to its extreme regenerative abilities. While monsters in general are known for their quick healing, Nergigante are the most notable. While nobody has ever seen a gravely injured Nergigante, biologists believe that they can grow back body parts such as the tail or torn wings faster than any other monster. Recently, a Variant of the species has been discovered and has become known as Ruiner Nergigante. It seems remarkably similar to normal Nergigante at first glance, other than its darker colouring, but it stands out from its counterpart due to its spikes being made of a metallic material rather than a bone-like one. Unlike many other Variants, Ruiner Nergigante is believed to be the next step in the creature’s evolution.

Behaviour: Nergigante are incredibly aggressive monsters, driven by both a physical and mental hunger to feast on other Elder Dragons. The Guild even gave it the moniker of “Extinction Dragon” due to how aggressive and overpowering they are. Not even small creatures are safe, as a Gajalaka tribe was forced to abandon the area one nested in. It has also been noted to be a remarkably persistent and determined monster. Not only did it follow other Elder Dragons to the New World, one specimen has even been noted acting as a parasite towards a Zorah Magdoros by eating pieces of its shell. When they aren’t hunting, they can be observed preening themselves by wearing down their spikes with their teeth and the surrounding area. Ruiner Nergigante are actually calmer and more intelligent than the normal species. This can primarily be seen in their fighting style, as they have been noted to begin fights in a somewhat slow and predictable manner before gradually increasing attack strength and aggression as the battle goes on. One specimen even allowed a Hunter to weaken a Shara Ishvalda it was intending to fight, swooping in to deliver the final blow while also showing restraint in not attacking those who aided it.

Habitat: The habitat of Nergigante in the Old World is unknown, as they were very rarely sighted and likely spent most of their time in hibernation. But with the decrease of time between each Elder Crossing, it seems that the Nergigante population has migrated to the New World. As old Elder Dragons go to the New World to die, it is a perfect new habitat for a Nergigante. They won’t have to go seeking out other Elders, as they would unknowingly be coming right to it. Due to this, they can primarily be found in the Elder’s Recess. Ruiner Nergigante are believed to have developed in the Guiding Lands, being a result of the particular variety of bioenergy found there. While this is their primary habitat, they have been known to thrive in every known area in the New World.

Diet: Nergigante are exclusively carnivores. Young Nergigante start from birth eating creatures such as small insects, Neopterons, Gajalaka and Nitrotoads. As they get older, they go after larger prey like Barnos and Gastodon and eventually even large monsters like Lavasioth, Rathalos, Brachydios and Bazelgeuse. Surprisingly, they don’t hunt Dodogama or Uragaan as they dislike the taste of metal and fatty meat. Once they finish adolescence, they seek out the corpse of an Elder Dragon and eat it, increasing all of its physical characteristics. After doing this enough times, a Nergigante becomes strong enough to take on living Elder Dragons. Although they primarily prey on the old or sickly, they have been known to go after specimens who (for one reason or another) are more powerful than the rest of their species. Ruiner Nergigante are also carnivorous, but have a much wider variety of prey thanks to their larger habitat choices. Their increased power also allows them to compete with larger Elder Dragons such as Shara Ishvalda or the Jiivas, subsequently consuming them too if it wins the battle.

Attack Method: While most Elder Dragons are focused on elemental abilities during battle, Nergigante uses brute strength to take on opponents. The sheer force behind some of its attacks often break the spikes lining its body. By doing this, the spikes regrow as a black colour and harden themselves. This makes it even more powerful along with increasing its defence. Some spikes will be launched from its body during attacks, giving them more range. Once all of the spikes on its body have hardened, a Nergigante will perform its most powerful technique. They take flight for a few seconds and then crash down onto an opponent, breaking all of their spikes in the process. This attack is devastating to any opponent, which should be expected considering they’re being hit by a giant mass of spike and muscle at high speeds. Ruiner Nergigante attack in a much similar way but, as previously mentioned, they start fights calmly and slowly while gradually increasing power and brutality as the fight goes on. A unique adaptation that they have evolved lies in the metal that makes up their spikes. This material is seen nowhere else in the natural world, and is wholly unique to Ruiner Nergigante. Incredibly tough and durable, it’s chemical components are also known to act as an anticoagulant when coming into contact with a wound. This allows them to weaken their prey and opponents both before and during fights.

Place in the Food Chain: Due to being an Elder Dragon, Nergigante and Ruiner Nergigante are largely separate from typical food chains. They are part of one at a young age, at risk of being eaten by larger predators, but eventually reach a point where they surpass it entirely. Although they have been known to hunt regular monsters, they primarily prey on Elder Dragons and often seek out those that are old or near-death. Despite this, many specimens are only strong enough to take on one Elder Dragon at a time. As soon as another Elder joins the fight (such as a Lunastra helping her Teostra mate), a Nergigante is outmatched and would rather flee instead of continuing its hunt. One may think that Nergigante are a scourge and terror on the natural order, but this is far from the truth. These creatures instead act as ecological equalisers, with their feeding habits having the side effect of stopping Elder Dragons whose abilities may be threatening any nearby ecosystems. Ruiner Nergigante in particular are known to actively seek out monsters that may be disturbing the natural order, being the bane of creatures such as the Magalas or unfortunate Shara Ishvalda.

This has been a report on the Nergigante and Ruiner Nergigante. Thank you for reading 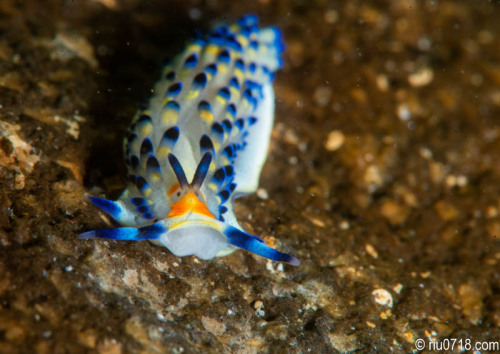 Science side of tumblr this is a very important question