No thoughts, just more of my little vamp baby.

I just want a shorter wong x black female fanart 😭 please, I’d do it if I could but I can’t.

TOP 10 BLACK WOMEN
WANTED FOR MCOC
RANKED BY YOU 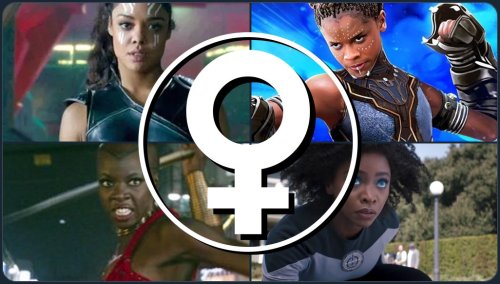 AAAA i feel i have many that i could provide and have provided before but why not refresh the list anyways ! here we go !

*Not all these characters are clearly or always portrayed as black.

Black Racer (Ariana Saddiqi) is sometimes published as a blonde white lady and sometimes a black woman. This is apparently not something to do with the character, and a mere inconsistency with the publisher.

Whiz Kid is a dark-skinned girl with straight, black hair who appears in some art to be African-American, but is not clearly defined as such. 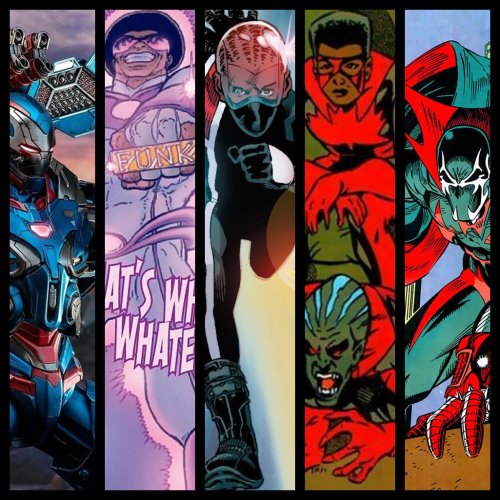 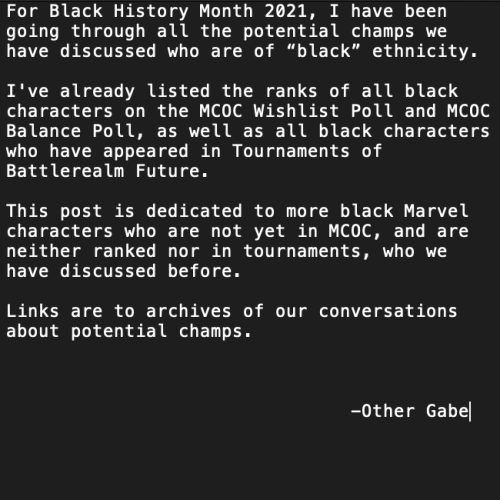 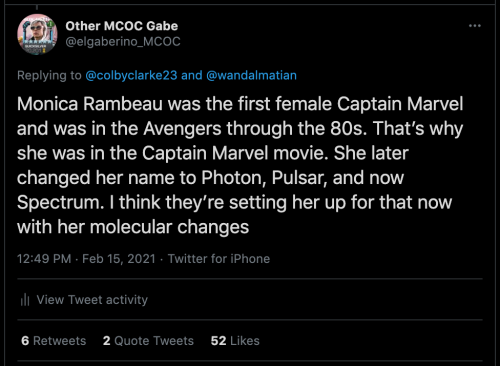 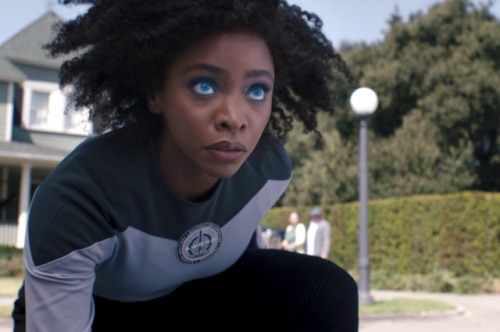 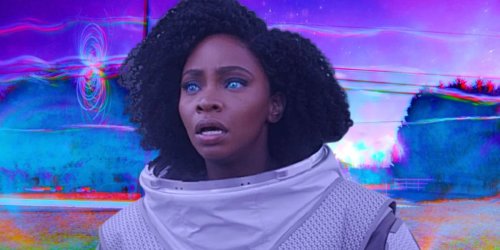 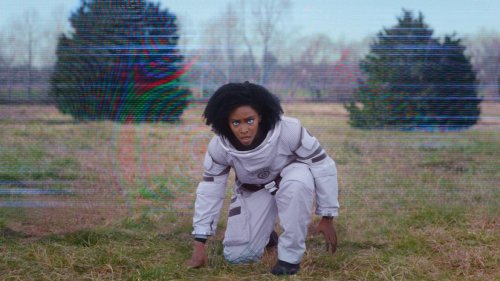 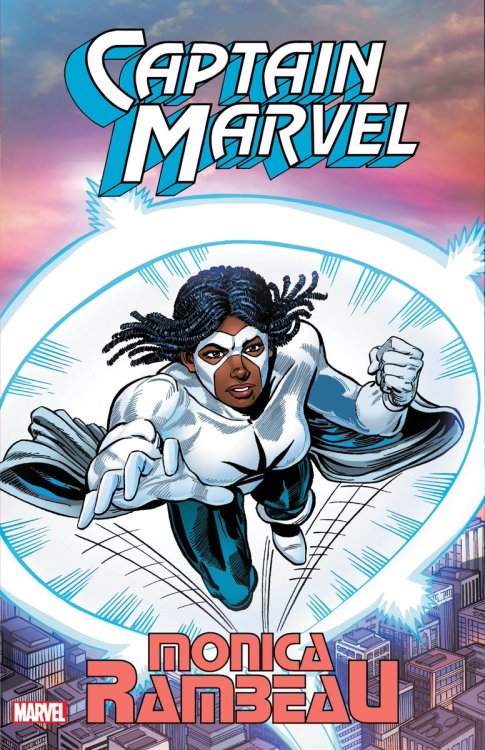 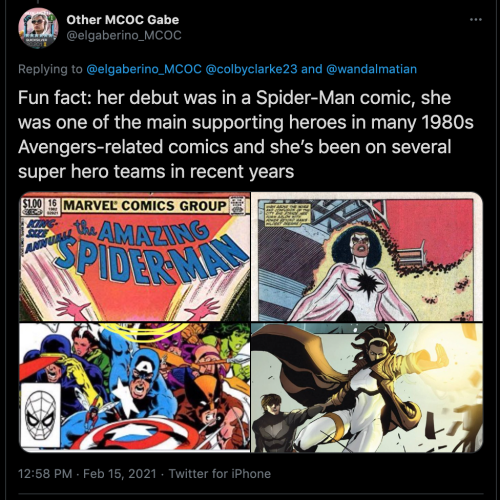 A young (apparently black) woman from Philadelphia with speed powers, part of the Initiative, served as Whiz Kid on the Liberteens (a rehash of Whizzer of the Liberty Legion).

Should she be in a future tournament @McocSociety? 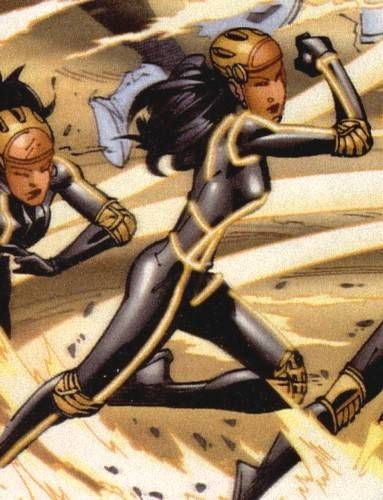 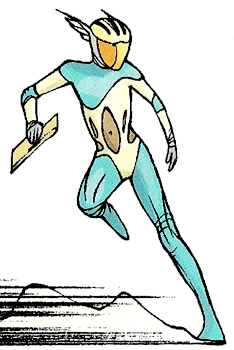 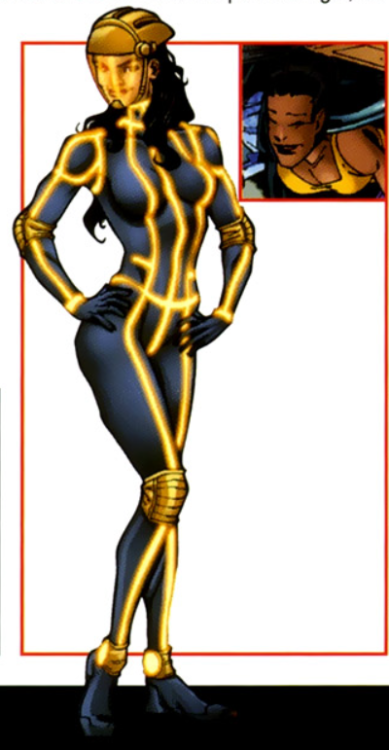 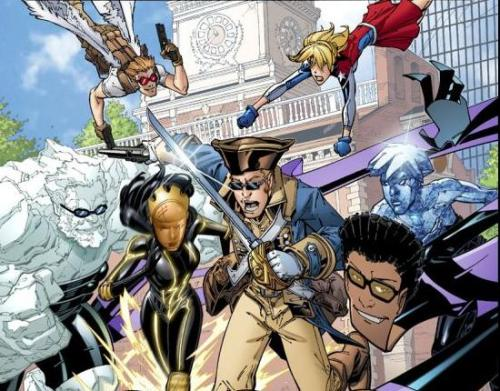 SPEEDSTERDAY
More speedsters who are not on the MCOC Wishlist:

Should they be ranked? 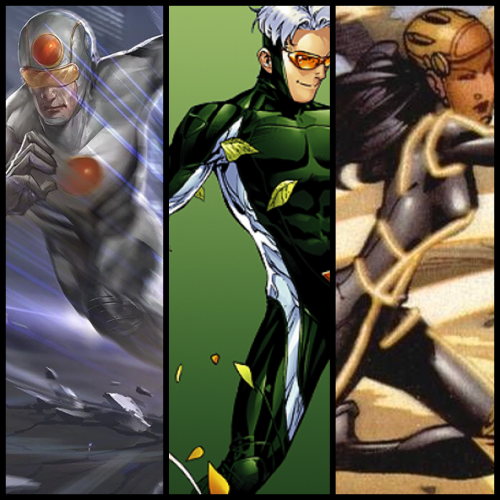 Soo Its Black History Month and I put together a list of really good books with black main characters. *Disclaimer: All of them are girls, haha sorry.*

They killed my mother. They took our magic. They tried to bury us.
Now we rise.

Zélie Adebola remembers when the soil of Orïsha hummed with magic. Burners ignited flames, Tiders beckoned waves, and Zélie’s Reaper mother summoned forth souls .But everything changed the night magic disappeared. Under the orders of a ruthless king, maji were killed, leaving Zélie without a mother and her people without hope.
Now Zélie has one chance to bring back magic and strike against the monarchy. With the help of a rogue princess, Zélie must outwit and outrun the crown prince, who is hell-bent on eradicating magic for good. Danger lurks in Orïsha, where snow leoponaires prowl and vengeful spirits wait in the waters. Yet the greatest danger may be Zélie herself as she struggles to control her powers and her growing feelings for an enemy. I loved this book and this is defiantly a favorite, It is however slightly mature so be careful about which age groups your reading this to. There is also a sequel to this book.

Zuri Benitez has pride. Brooklyn pride, family pride, and pride in her Afro-Latino roots. But pride might not be enough to save her rapidly gentrifying neighborhood from becoming unrecognizable. When the wealthy Darcy family moves in across the street, Zuri wants nothing to do with their two teenage sons, even as her older sister, Janae, starts to fall for the charming Ainsley. She especially can’t stand the judgmental and arrogant Darius. Yet as Zuri and Darius are forced to find common ground, their initial dislike shifts into an unexpected understanding. But with four wild sisters pulling her in different directions, cute boy Warren vying for her attention, and college applications hovering on the horizon, Zuri fights to find her place in Bushwick’s changing landscape, or lose it all. One of my favorites romance dynamics of all time this book definitely has a place in my heart.

Life for Alex Schrader has never involved girls. He goes to an all-boys prep school and spends most of his time goofing around with his friends. But all that changes the first time he meets Bijou Doucet, a Haitian girl recently relocated to Brooklyn after the earthquake-and he is determined to win her heart. For Bijou, change is the only constant, and she’s surprised every day by how different life is in America, especially when a boy asks her out. Alex quickly learns that there are rules when it comes to girls-both in Haitian culture and with his own friends. And Bijou soon learns that she doesn’t have to let go of her roots to find joy in her new life. This book is so cute! The one of the best romance books I’ve ever read, and wonderfully realistic.

As the Revolutionary War begins, thirteen-year-old Isabel wages her own fight…for freedom. Promised freedom upon the death of their owner, she and her sister, Ruth, in a cruel twist of fate become the property of a malicious New York City couple, the Locktons, who have no sympathy for the American Revolution and even less for Ruth and Isabel. When Isabel meets Curzon, a slave with ties to the Patriots, he encourages her to spy on her owners, who know details of British plans for invasion. She is reluctant at first, but when the unthinkable happens to Ruth, Isabel realizes her loyalty is available to the bidder who can provide her with freedom. This book threw out my heartstrings and danced on them but it is amazing and my favorite historical fiction. This book is the first book in a trilogy.

In One Crazy Summer, eleven-year-old Delphine is like a mother to her two younger sisters, Vonetta and Fern. She’s had to be, ever since their mother, Cecile, left them seven years ago for a radical new life in California. But when the sisters arrive from Brooklyn to spend the summer with their mother, Cecile is nothing like they imagined. While the girls hope to go to Disneyland and meet Tinker Bell, their mother sends them to a day camp run by the Black Panthers. Unexpectedly, Delphine, Vonetta, and Fern learn much about their family, their country, and themselves during one truly crazy summer. When I say this book is amazing I mean it. I read this a when I was around 10 or 11 and it was immediately one of my favorite books. This book Is also the first in a trilogy.

Sixteen-year-old Eva is a princess, born with the magick of blood and marrow–a dark and terrible magick that hasn’t been seen for generations in the vibrant but fractured country of Myre. Its last known practitioner was Queen Raina, who toppled the native khimaer royalty and massacred thousands, including her own sister, eight generations ago, thus beginning the Rival Heir tradition. Living in Raina’s long and dark shadow, Eva must now face her older sister, Isa, in a battle to the death if she hopes to ascend to the Ivory Throne–because in the Queendom of Myre only the strongest, most ruthless rulers survive.
When Eva is attacked by an assassin just weeks before the battle with her sister, she discovers there is more to the attempt on her life than meets the eye–and it isn’t just her sister who wants to see her dead. As tensions escalate, Eva is forced to turn to a fey instructor of mythic proportions and a mysterious and handsome khimaer prince for help in growing her magick into something to fear. Because despite the love she still has for her sister, Eva will have to choose: Isa’s death or her own. This book was really good but I just didn’t like the book like I thought I would. But overall an amazing read. There is also a sequal for this book.

Ever since she got pregnant freshman year, Emoni Santiago’s life has been about making the tough decisions—doing what has to be done for her daughter and her abuela. The one place she can let all that go is in the kitchen, where she adds a little something magical to everything she cooks, turning her food into straight-up goodness. Even though she dreams of working as a chef after she graduates, Emoni knows that it’s not worth her time to pursue the impossible. Yet despite the rules she thinks she has to play by, once Emoni starts cooking, her only choice is to let her talent break free. I haven’t read this book before but a friend of mine read it and was raving about it so it thought it would be a honorable mention.

I hope you liked these suggestions!

Don’t forget to go vote for a Storm rebalance. 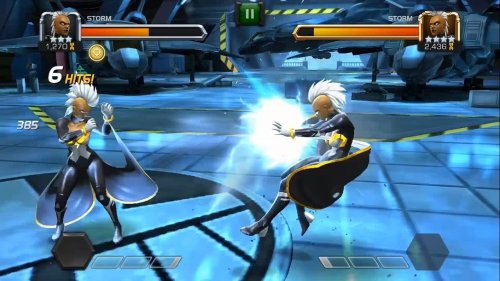 We @McocSociety decided to add some @CatMurdock_Art mashups to the MCOC Wishlist Poll, and let Summoners (you) choose which ones. So far one of your favorites is Storm mashed up with Crossbones: Thunderstruck. 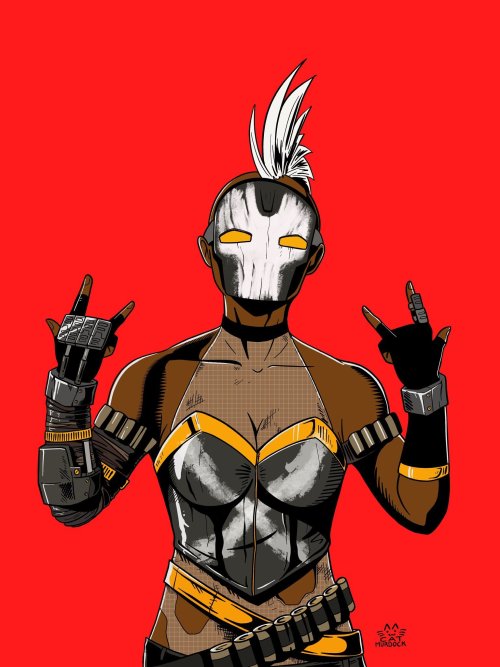 In some realities, Ororo became a Thor, with a hammer called Stormcaster, and is known as STORMBORN. I thought this would be the second Storm variant in-game. Would be cool if she were the third! 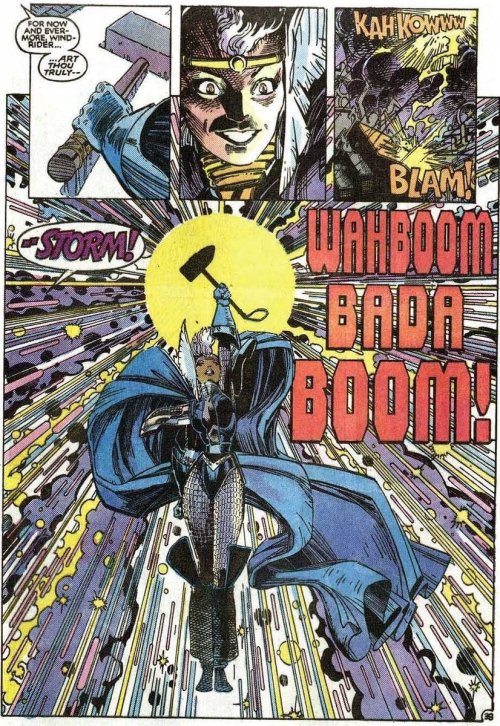 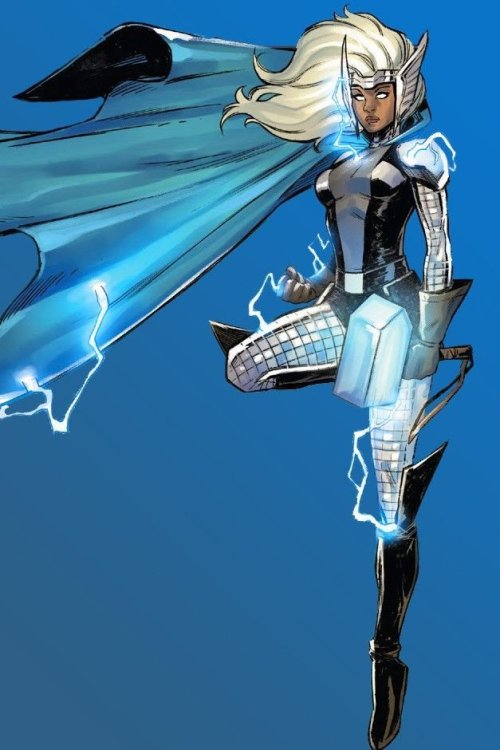 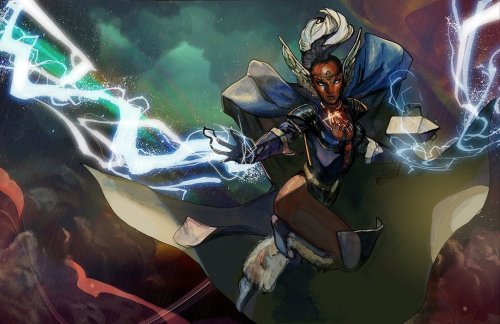 Happy valentines day from the girls to you all. 💞

You can vote through any range of ranks using the MCOC Wishlist directory. 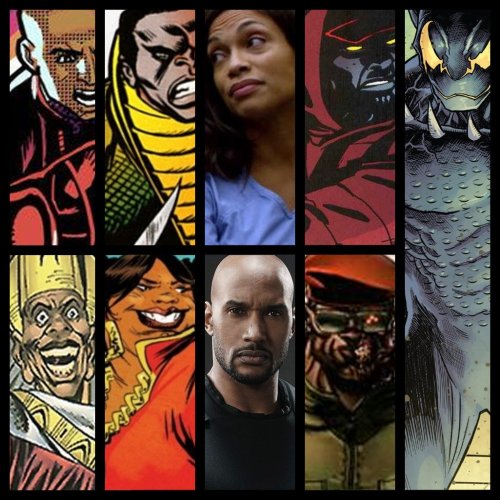 To vote, you can choose any range of rankings from the MCOC Wishlist directory.

*Not all versions of this character are black.

3-D Man is a legacy hero who was a white male and his brother, doing a cosmic body swap routine (instead of the usual single person being both the civilian and the heroic alter ego). It was basically both brothers as one character. A younger black male Olympic track star, Delroy Garrett, Jr., joined the “Triune Understanding” cult in order to take his human skill potential to its absolute peak. But this group were actually pulling from the same cosmic power source as 3-D Man, for villainous purposes. Garrett was unwittingly channeling 3-D Man’s powers to become a hero called Triathlon. Eventually all three men were merged into one modern 3-D Man, before all three personalities in the gestalt person were freed into surviving individual people again, yielding their superpower in the process. 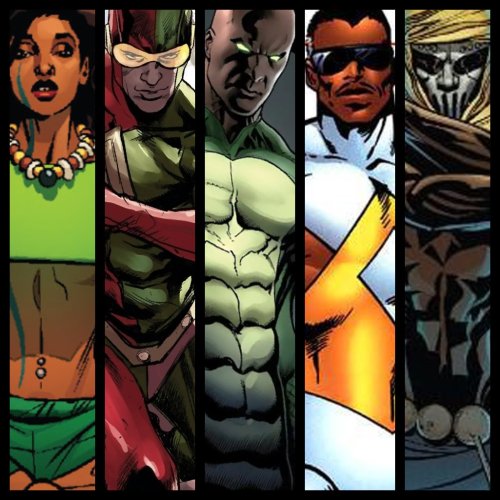 Cottonmouth is Burchell Clemens. Not to be confused with Cornell Stokes. 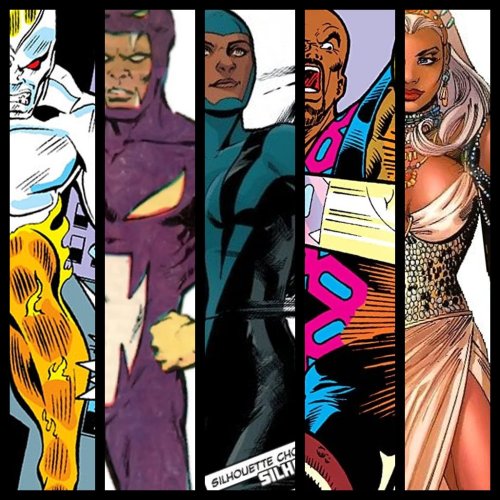 Upvote your favorites on the Wishlist directory

*Not always portrayed as a black character.

Captain Universe is the identity of any hero who consists of a symbiosis between a host and the Uni-Power, an incarnation of the Enigma Force. Several well known supers have been Captain Universe. The best-known are probably Cosmic Spider-Man (that’s why he’s cosmic) and Blue Hulk (that’s why Hulk is blue), but also Juggernaut, X-23, and others have been Captain Universe. One of its more recent hosts was Tamara Devoux, a black amnesiac woman who joined the Avengers in 2013 after receiving the Uni-Power. 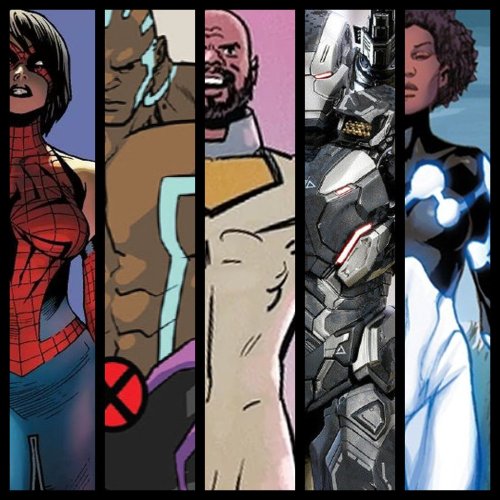 Upvote your favorites on the Wishlist directory

*Not always or necessarily portrayed as black.

Acroyear is not a human of African descent, but rather a member of an ebony-skinned alien race from the Microverse.

Korath is traditionally a blue-skinned Kree of the Pursuer Corps, but is played by Djimon Hounsou in the Marvel Cinematic Universe.

Makkari is a white male in the comics but will be played by a black woman, Lauren Ridloff, in the MCU. 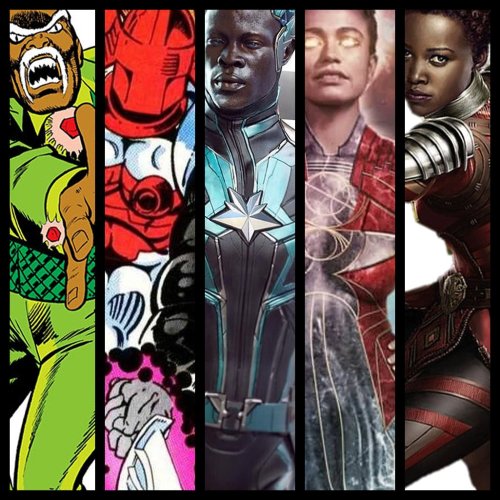 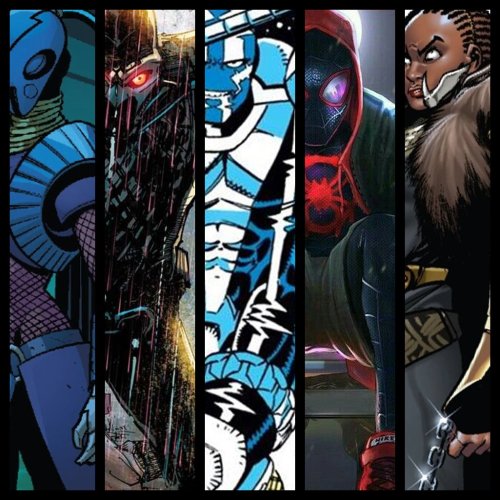 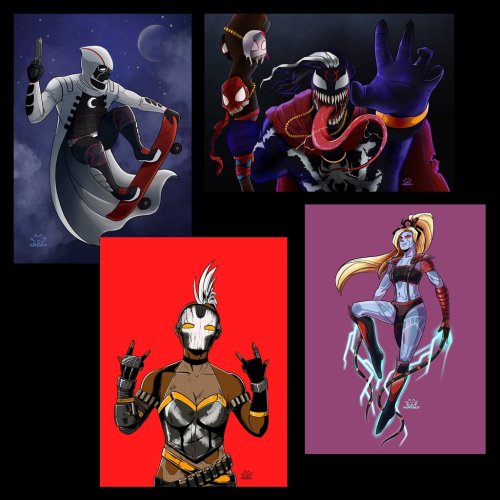