I WOULD KILL OR DIE FOR THEM!!! 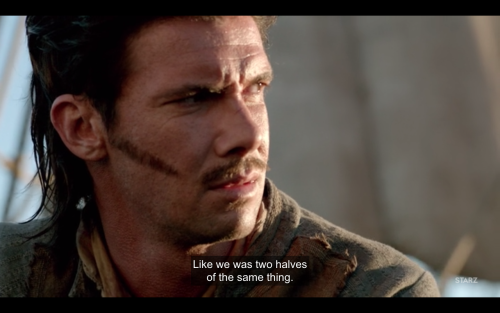 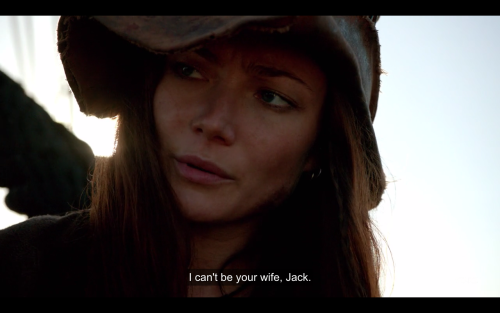 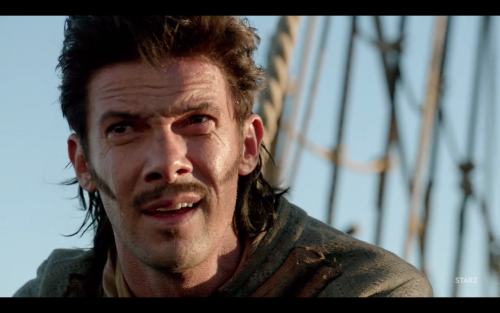 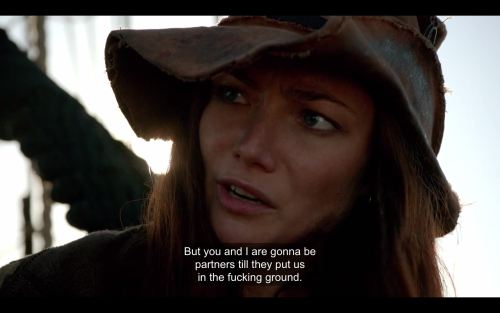 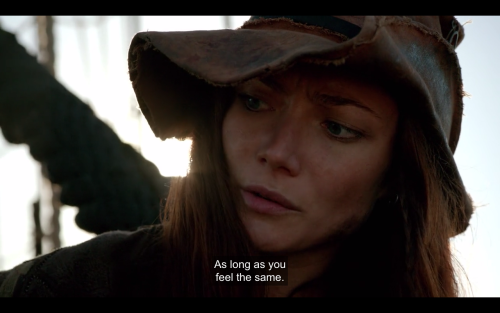 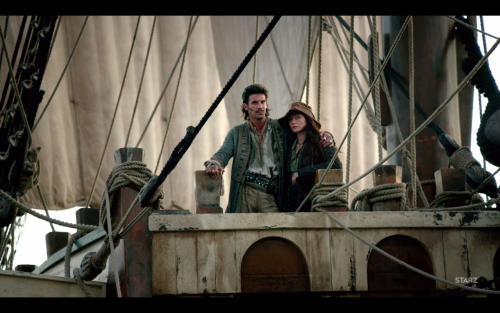 #black sails, #episode XVIII, #jack & anne
6 notes · See All
queers-of-nassauText
#madi is the revolutionary we deserve, #would she be able to let go of that revolution post-show?, #madi scott, #black sails, #something something - while i recognise that there are plenty of people on this show with good cause to want to overthrow the status quo, #it's interesting that james and madi are the most adamant about it, #(i wonder what vane and madi as a teamup would've been like), #(just pure anger)
0 notes · See All
daeneryssansaPhoto

I’ve spent my life trying to build something here. It’s all I have. I can’t just walk away.

(you don’t have all the facts? which are? I love them)

Okay, but first things first I think so many decisions they make are bad for them and for the other characters, but they’re understandable and tragic and come from a place of genuinely wanting to protect others or become better, more than being cowardly or knowingly villainous (like when Woodes Rogers does that whole keelhauling bit, hooboy sir, lemme stop ya there) -

1. hindsight knowledge means we know how this story ends, historically and individually. so we can say nooo don’t do x, it’ll drive you further into bitterness and/or betrayal or but the end of slavery and destruction of colonialism is a good ultimate goal and worth fighting for. For them personally? For people generally? they want to survive and have a good life and protect those closest to them. Especially if this goal is being touted by a man like Flint, whom I love, and who is a bit fucking fanatical in his goals (I sometimes think if Eleanor hadn’t died she would’ve rejoined the cause for Madi, especially once hearing about some of Woodes Rogers nastier deeds).

2. the reasons for their choices make sense for their characters. Billy’s father figure was killed by Flint and it cemented something he’d suspected from almost the very beginning of the series: Flint has a disregard for other people. and he’s right, Flint cares about the bigger picture and that requires massive sacrifice. Sure, he’s willing to make that sacrifice himself, but that doesn’t change the fact that he’s kind of an awful captain (I’m sorry James, I love you and always will).

Meanwhile Eleanor is chained to Nassau more than anyone else. She wants that stability that is impossible to find on that beach and it supersedes her relationships with others, except for the times when she fights against it. (Eleanor - “amazing this place, somehow it leaves no options other than to hurt the ones you love)”

3. it’s so fucking tragic. they’re both so fucking tragic. they’re doing their best and those decisions end badly and in another world maybe that would’ve worked out. Maybe Gates wouldn’t have been killed or Flint would’ve died or he could’ve secured the pardons for Nassau in season 2, or or or… everyone on the show makes decisions that’re often balanced on a knife’s edge of going horribly wrong, but they’re the two most often at odds with other characters after season 2.

4. the story needs to fill the roles. Obviously the story we’re watching, but also the story within the story, the one Silver is kinda telling. Billy in season 4 is against doing what both Flint and Madi want, Eleanor aligns herself with Woodes Rogers (and so does Max) and this makes them Silver’s villains - or later on, in Eleanor’s case, a victim. I always think about how close Max is to falling into this space as well, except she juuust turns it around, which, speaking of…

5. Nassau vs the Bigger Picture. Nassau is so symbolic of what people want, but it also risks becoming all-encompassing - what Eleanor wants is respect from her father, stability perhaps, a healthy kind of love for once, not to be a pirate, etc. Billy wants to help people, in particular those he’s serving with, and maybe for bad things to stop happening to him idk - but these wants become Nassau instead.

While watching there’s no way one wouldn’t side with a slave rebellion, an attempt to destroy colonial rule, and freedom for all over, “I want me and mine to be okay on this island I’ve decided is where all my happiness rests, because I cannot fathom who I am without it.”

all the characters fall into this in some way or other, but they get killed by it (so do Vane and Teach in a way in my opinion, because they’re drawn back to it) - Jack and Max are near-victims of it too.

tl;dr I love tragic characters and billy and eleanor are so darn tragic I want to scream

#billy bones, #eleanor guthrie, #black sails, #black sails meta, #funnily enough there's a point near the end, #when you know flints cause is falling to pieces, #and you see how that has also become its own monster, #not because it's not admirable but because it risks eating everyone in service to it, #and so *I just want to protect me and mine on this island* becomes the goal we're rooting a little bit more for, #in terms of max and jack and anne and featherstone and idelle, #it's that thing vane talked about - resisting comfort with every fibre of his being, #while flint at heart just wanted to find a reason to rest, #in a lot of ways it's madi i feel the biggest tug for - she has SO MUCH RIDING IN THIS, #and all of these people eventually go - i cant fight anymore... ive found a comfort I'm willing to live with, #wanna talk more about madi at some point, #she really landed in all these peoples drama and promises and they were just fucking dropped, #madi deserves better 17kforever
0 notes · See All
muslim-flintAnswer

first oval thank u it IS cool 😌 honestly the whole muslim black sails thing started as very niche crack with @piratemadi so here are a few shitposts (x x x x x). i headcanon him as having sum middle eastern blood like maybe iranian ? he prays the 5 prayers a day (his grand father taught him) but after thomas he was too angry to talk to God for years. after Miranda tho, he just found himself making duaa at night for her (he has a hard time praying for himself because. he dont think he deserves it 😬😬😬) and started praying again, different than before tho. he makes it his own. silver silently joins him sometimes

also i think that flint actually wears in canon a ring with Ar Rahman and Ar Rahim written on it, which are two names of Allah in islam. i saw a post abt it but i cant find it :/ anyway over all i just think it’s funny cause i relate to flint a lot and im muslim so. he muslim. i Shall self project. fruit fruit

#fruit (derogatory) cause we're both F@GGO-, #anyway sorry i took so long to answer this ❤️, #ask, #about me, #black sails
8 notes · See All
beanabouttownPhoto

#fucking... it just keeps on going..., #this show is very sparse with actual gory scenes - most horror happens just off camera or is told about rather than shown, #which I think is a good choice - so when a scene like this comes about, #or the later one with anne and the glass, #it just punches you square in the face, #black sails, #in general season 4 is just a release of everything kept bottled up before, #and this is WITH the acknowledgement that season 1 practically opens up with flint fighting another man to the death, #the first 3 seasons build up all the pieces so that the metaphorical dominos can fall in s4
0 notes · See All
sea-collects-riversText

the minor characters of black sails are so damn good

#black sails, #there's a part of me that's like *can we just get an anthology series following various minor characters during their time in black sails*
2 notes · See All
patroclusdefencesquadText

#black sails, #james flint, #not even a joke i was going through my bs tag on my other account and like, #seeing gifs of him, #and all those amazing speeches he gives, #and just tearing up a little
18 notes · See All
im-the-punk-whoLink
Well Sharp - Chapter 1 - techieturnover - Black Sails [Archive of Our Own]https://archiveofourown.org/works/27723626

“If I were to spend five years cutting down a mighty tree, I would spend the first three sharpening the axe.”

Madi is six years old when her mother wakes her in the middle of the night and tells her they are leaving. For the next eighteen years, she is kept safe and sheltered. She knows love, and joy, and anger, and she is taught all of the things she will need to know to become the next Queen of the Maroons.

#black sails, #madi scott, #by milo, #black sails fanfiction, #in which i got tired of not having enough madi in my life and decided FUCK IT, #WE'rE GETTING A MADI-CENTRIC STORY AND IF I CANNOT FIND IT I WILL CREATE IT, #anyway follows madi from when she leaves nassau up through the end of the series and possibly after, #i love her your honor
8 notes · See All
patroclusdefencesquadText

Listen. I am here to say that James transitioning from McGraw to Flint and back again as Silver intended is hot. It’s hot. Imagine being so full of rage you spend years in a dream of calculated violence anger destruction and revenge, all fueled by loss and betrayal, having to fight tooth and nail to take anything back from those that hurt you and anytime your progress is ripped from your hands it leaves you scarred with bleeding palms, and then at the highest point you ever reached, at the closest you’ve ever been to finally drawing blood from the terrible beast that has wronged you so, the man closest to you need only snap his fingers and rip this haze of anger out of your eyes and you are rendered helpless at the thought that perhaps you could stop. James is practically catatonic in that boat. Might as well have slept the whole way there. He hasn’t rested in years. That shit is sexy. Come to me, all who labor and are heavy laden, and I will give you rest. Tell me that isn’t sexy.

#black sails, #don’t @ me I’m angy, #no love for brutal mind resets and YES James is subdued by the thought of getting dick again, #IMAGINE, #standing at the abyss knowing that by taking another step you surrender yourself fully to violence and hate, #and your most trusted friend puts his hand on your arm and says you can stop, #you can step back from the edge and all the effort of years behind you crumbles away and leaves you bleary eyed and new to the world again
0 notes · See All
higherentityPhoto 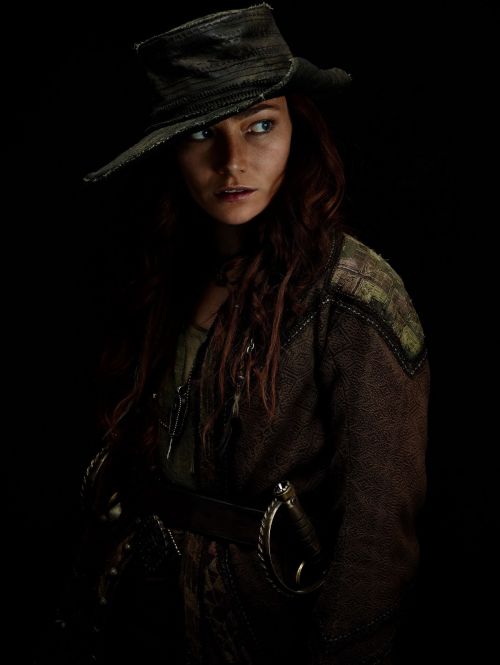