I went from a very stark state where the sound of a phone vibrating was enough to trigger an anxiety attack and looking at certain colors through my brain into a spiral being to much to process. NOW I’m grateful to say, I’ve come a long way with the ability to feel “normal” on most days BUT to come the whole way, I need to relocate to a place where my brain does not have extra work to do b/c of sirens, LCD lights from cop cars, unpleasant smells through the windows (all still prevelant during a pandemic). Plus having a home, will help too. aka I dont have one…yet! About to sign a lease in Asheville, NC now. But i need the moving donation!

★ I’m currently doing commissions since I’m out of school for the rest of the semester! ★

Yes. You are deserving of soft but do not fear the growth you’ve had from rough. It is the part of you that is sharp. That part of you is not easily phased.

last night i dreamed of a pitiful and disfigured lion. his coat which once dazzled all who had been blinded by its brilliance was matted and filthy and his eyes that had once wielded the power to lay his enemies to waste were now clouded over.

and his roar, that had once heralded his divine accession, was raspy and barely sputtered out his trumpet. and his mane which had once effortlessly stood like a glorious and regal crest and exhibited his unchallenged power was now glued down by layers of blood and muck.

he limped and coughed and dragged his body weighted down with oppression and doubt and defeats and aching to a stagnant pool of water tainted with low and crawling things and he drank and was satiated. and he rested and licked his wounds.

“i was mighty once,” he said to me with undeniable sincerity. and i was converted and awash in the truth of his words. even through the thick and heavy stench of the pain and anger and regret in his every breath.

“i am mighty still,” he said to me. and i was overcome with the weightlessness of the blessing of witnessing a miracle. and we fell into a deep sleep taking inventory of small and many victories. 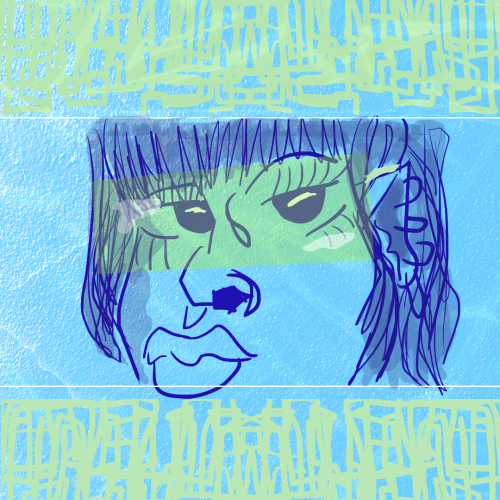 All I Do Is Cry - Kim Petras Here’s some color in these gray times

i just be low

This is a shirt design I’ve been playing with all last week. I’m going to try one more layout, but in the meantime tell me what you think. Finally drew my version of Goldie! Ive always loved having Goldie in my town, and I got a lot of requests for her on my first post on Facebook. So I just had to show love to my girl!! 💛💛✨🐶 Also I am so addicted to the new Animal Crossing game 😭😭