I polled the Discord to pick the colours for this edit. I might do that more often, actually. 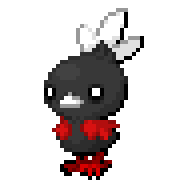 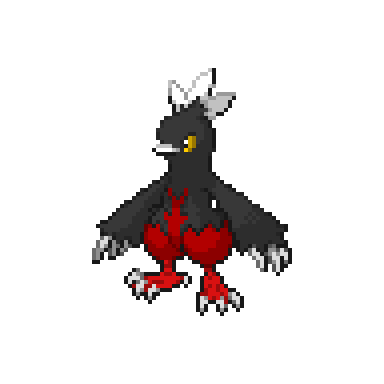 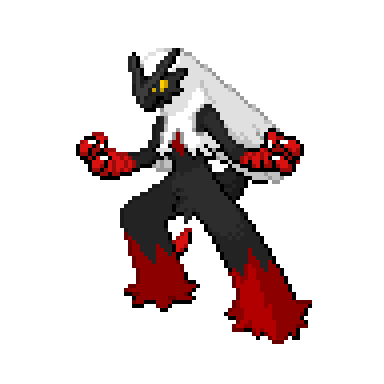 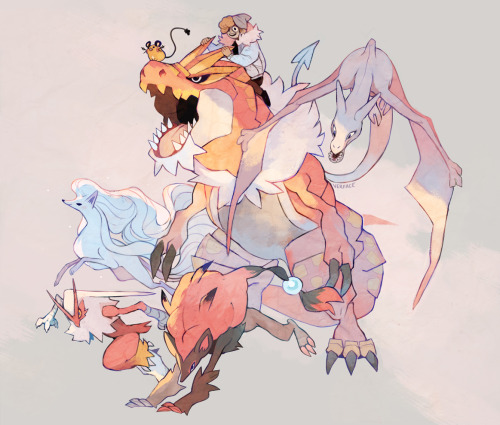 A finished commission for Ian.
I like people to have their own teams or their own pokesonas. Played Crown Tundra! The Dynamax Adventures are kinda trying my patience cos I just can’t beat Giratina, but hey at least I got to keep a speed boost Blaziken I picked up along the way! 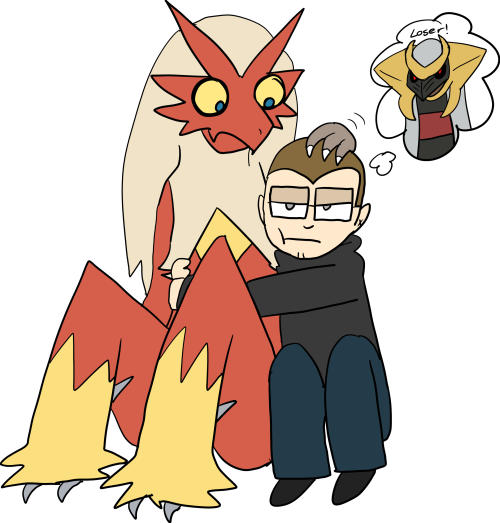 MY BOI IS BACK!

If this is to the butcher question, it’s because they all have heated fists and exposed flames, which can cause the meat to cook, and that’s not wanted when working as a butcher. If you can prevent their hands from heating, then it should be fine.

Bundle up, stay warm, have a good heat source whether a Pokemon or a move to start a fire, and make sure your camp is good.

I personally am staying warm by bundling up and making sure my van has plenty of gas in it, along with some extra charge in case of emergencies. I also have a Blaziken, Infernape, and an Emboar at my disposal that can help keep us all warm. (Be sure not to rely too much on your fire types, as while fire types do have an internal heating source, doesn’t mean that they can constantly be on fire. Some need to take a rest once in a while.)

Would depend on the fighting type. Hitmonchan, Gallade, and Gurdurr (make sure the beam is washed well) are all good options, but a Scrafty, any of the fire starters, and Hitmonlee are not.

16: Rain - Raquel does a ritual of standing in the rain without an umbrella to summon…you know what.

17: Pirate’s Curse - I can’t draw skeletons, so I drew Pirate Captain about to vaporize. 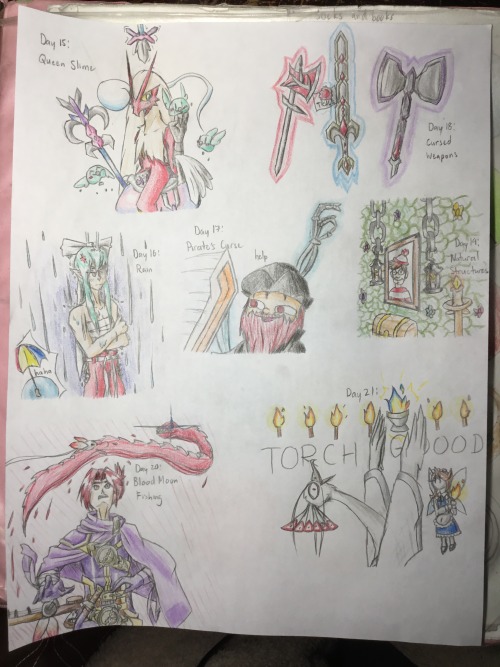 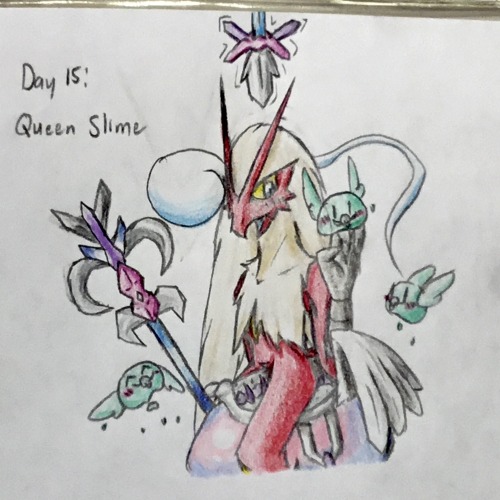 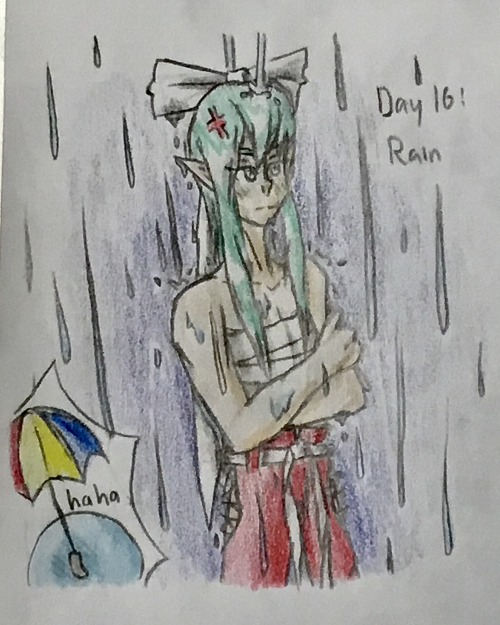 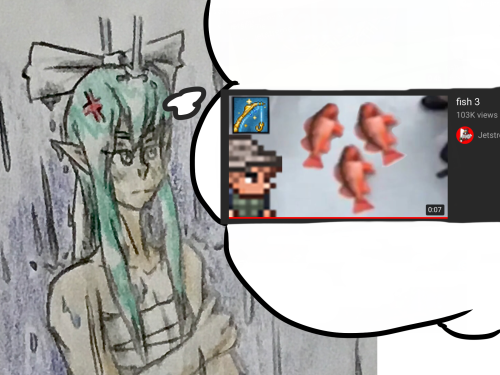 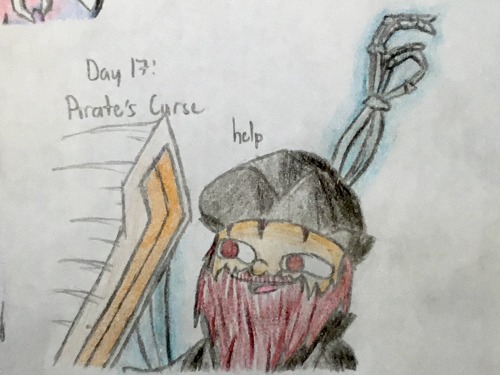 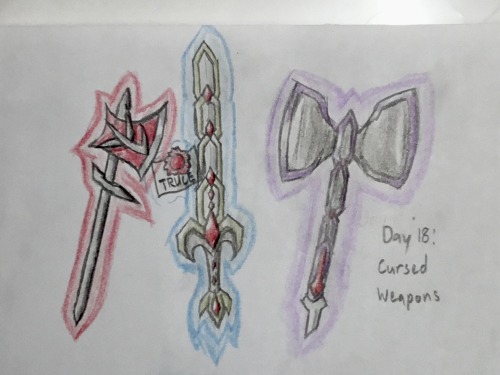 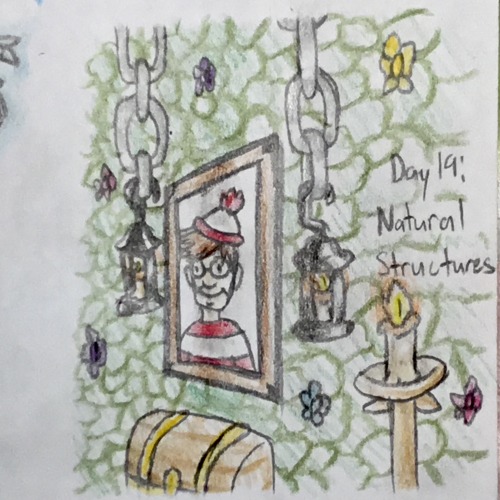 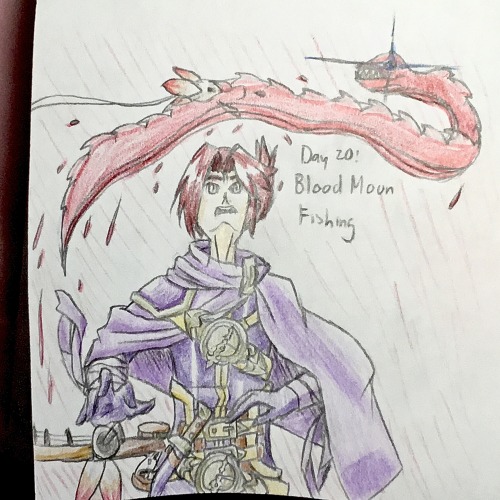 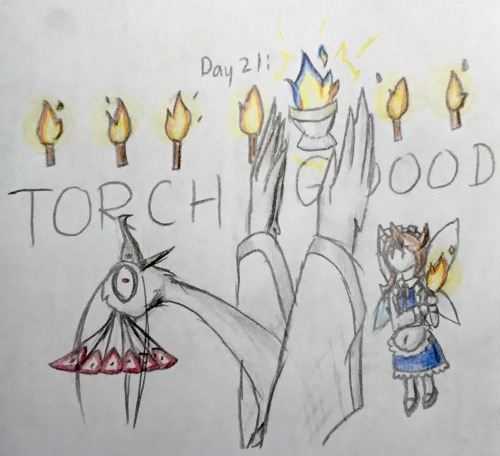 Friends and their faves (pt. 3): He’s the master of Pokémon with broken abilities, Pokémon GO, and in-game achievements! 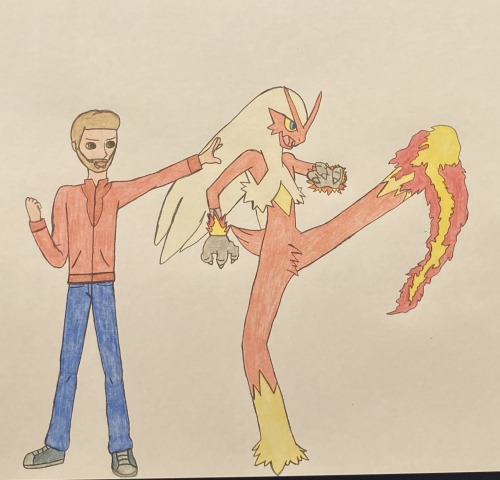 Crowds are never fun, good thing there were two guides on the team, bad thing one of the members has separation anxiety

Having family everywhere was fun and Aloisia’s family seemed to be EVERYWHERE in their home city, the girl seemed to know everyone and everyone seemed to know her. As she walked around the streets of the city, she looked over at the buildings with nostalgic eyes, most were painted in pastel colors and had more than one floor. People sat around with pokémon beside them, she herself had her team out walking with her.

“{So? What first?}” Hakamo-o asked, approaching the girl. “{You said there were battles!}”

“{The battles aren’t today! They only start tomorrow!}” Gallade explained, for what seemed to be the millionth time.

“{Hey Alo! I saw some REALLY cute accessories, can we see them?}” Pancham asked, her eyes shining pleadingly.

Their trainer giggled, patting her pokémon’s head as she picked her up and put her on her shoulders, she understood they were excited. She reunited her pokémon and went over a plan, they made a few rounds of zero-ou-um, letting her pokémon say what they wanted to do so they followed that order.

The last one by elimination was Sawk, he was nervous about his choice, his voice was shy and hard to hear.

As sad as that statement was, it brought a gleam to Gallade’s eyes. “{Sis!! Remember Dinda?!}”

Aloisia’s eyes shone as well, it was easy to see why they called each other siblings. “RIIIGHT!! We NEED to pass by her! We’ll do it at the end, okay?”

Sawk nodded, following alongside the others. The town streets were flooding with people, the team all stayed as close together as they could, Aloisia followed in the front, while her brother followed on the back. There was a lot of push and pull, people being shoved in different directions, it was a bit stressful.

The moment she saw an opening she took it, giving her hand to her pokémon and dashing. They were finally put and able to breathe, she was finally able to look around, however when she looked back at her pokémon she had a sour surprise. Only Pancham, Hakamo-o and Hawlucha, which meant the others got lost in the rush hour.

Meanwhile, Gallade, Sawk and Blaziken had also found an opening, the same realization as his sister soon hiting him. He looked around, but in the cacophony of people and voices it was hard to find any traces of Aloisia. He sighed, turning to his companions to announce the obvious.

“{What do we do now?}” Blaziken questioned.

“{Well, we COULD try to find her, but we might just get even more lost…}” Gallade mused for a bit, thinking about the best course of action, it was usually his sister who came up with plans.

Blaziken kept an eye out, hoping to spot her trainer in the crowd, she wasn’t at all surprised they got separated. A tug on her arm brings her attention down, Sawk clung to her hand and hid his face, yet she could tell he was trembling. She got down to his height, she understood immediately where his fear came from and tried to comfort him.

“{Don’t worry about Alo, we’ll meet up with her soon enough!}”

“{What if something happens to them?! What if-?!}” Before he could even continue, the blaze pokémon shushed him.

“{Aloisia knows this place like the back of her hand and she knows a BUNCH of people around here too! She’ll be fine!}”

“{Yeah and I know this place just as good!}” Gallade put in. Just as he said that, the answer popped in his head. He looked arounda and his smile grew. “{I know! I know where we are! We’re near Dinda’s ice cream shop! We can go there and wait for Alo!}”

Both of them agreed, Sawk was still nervous, but trusted his judgement. Gallade took both of his companions by the hand as soon as the crowd slowed down, guiding them through the crowd, people slightly less pushy than before. The three of them arrived at a store with a bright red and yellow color, the small ice cream cone on the front gave away what it sold before they even got in.

A gothithelle was behind the showcases, the moment she turned and saw the three pokémon, she immediately went to greet them. “{Oh! You’re here! Aloisia got in just a SECOND ago!}”

“{Thanks Dinda!}” Gallade thanks, walking past the pokémon and entering the back. Like his aunt’s pokémon said, Aloisia was on the back with the others.

Sawk immediately rushed to her, hugging her tight. “{Hi! Hi… Ei, what’s up?}”

“{I was worried…}” He muttered, digging his face in her chest. Aloisia quickly noticed his shaking, hugging him tightly back.

“{Sorry… I should’ve paid more attention… But hey, everything was fine in the end, wasn’t it?}” She appologized, stroking his back. She felt awful, her heart broke to see him like that. “Well… I know what might make you feel better!” She turned to her aunt, who had just come back with a cooler in her hands. “Still wanna try the popsicles?”

“{Yeah…}” He agreed, sitting outside with her as her brother picked up the cooler. She takes a few one, of a flavour she knew he liked, the girl opens it and hands it to him, popping one in her own mouth.

He mimics her, the moment he has a taste of it, his eyes shine like stars. Aloisia giggles, “Ice cream on a stick! So? Did you like it?”

Sawk only nods, leaning against her as he licked his ice cream, meanwhile the girl bit into hers. Plans don’t always go as they expect, learning to change on a whim is hard, but it’s not impossible. 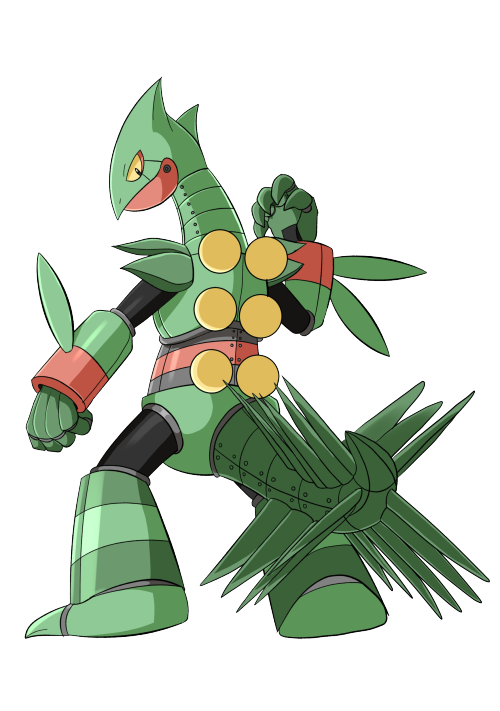 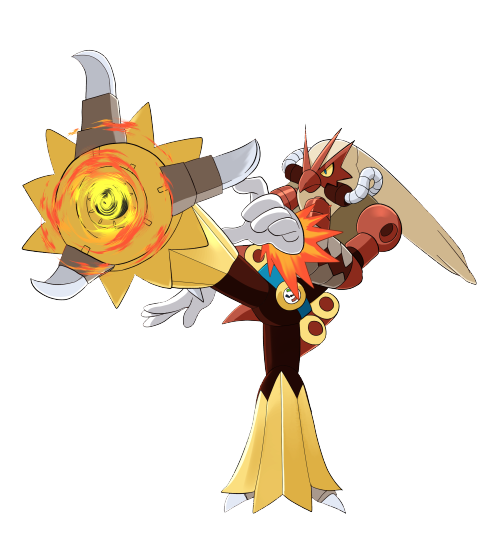 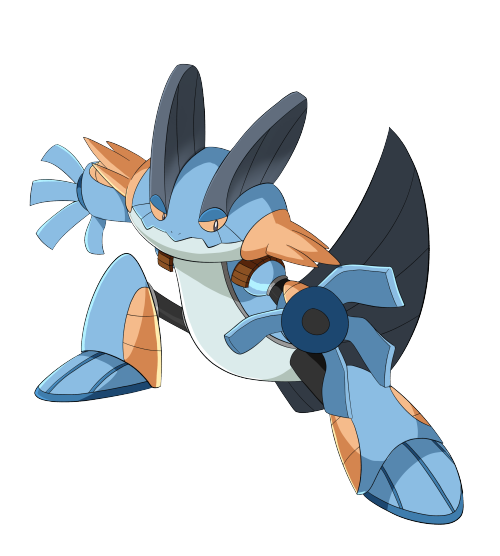 A team of my favorite Pokemon I’ve owned, each a powerhouse in their own right. Squiggles, Mishka and Orpheus are from my UltraSun team, while Mystra, Susanoo and Nutmeg are from my older games. 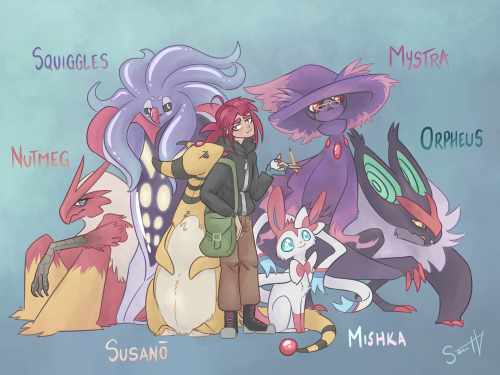 This is Piu, my beloved Blaziken straight from Sapphire. Sweet memories…

“And you’ll never need to, since he’s taken.”