Francel and Lee just finished their underwater training course and had made it back to New York City just before a blizzard hit. They ran inside a nearby hotel and decided to travel to the basement. There was a giant ballroom on the bottom floor with a side door in the back.

The two kids walked through the side door and found another kid looking through what seemed to be a magical laboratory.

The other kid was wearing shorts and no shoes, which was weird for the weather outside, and looked up when the two entered. “You shouldn’t know this place exists or be able to find this unless you have magic powers too. So what are you here for, is it his famous rabbit?"

Lee and Francel looked at each other, confused, and Francel spoke up. "We didn’t know this place existed until just now and the same for magic existing. But we are curious why a rabbit would be famous."

The kid pointed over at a cage with a rabbit in it, "that right there is the rabbit and if you don’t know, don’t open the cage if you value your lives.” He then grabbed a book off the table along with some notes and started to leave.

Francel spoke up as he was about to open the door. “Wait, are you looking for a job? We were planning on finding people to join forces to create an adventurers guild."

The kid responded nonchalantly. "Sure, I am not in any organization right now. Also, you may call me Metash. I plan on attending an auction and if you want to be adventurers, I recommend you and other people you find go there as well.” He gave an odd smile and dashed out the door.

The two kids shrugged at each other and started looking through the secret lab. It looked like a wizard had been studying alchemy here, but they were interrupted in their search with the sounds of someone walking down the staircase in the ballroom.

Lee peeked out the door and saw a woman who also noticed him.

She leaked malice into the air with every step she took and gave a wicked smile when she spotted him.

He quickly closed the door and explained it to Francel, who had an idea. Francel took the cage with the rabbit to the door, releasing it into the ballroom, to which sounds of ferocious fighting started up.

The two kids snuck out of the room and broke the doorknob on the way out to hinder anyone that would try to go into the room. They made it upstairs to a casino where they spotted a man in a plain white shirt staring off at a man in a black coat who had a similar aura of malice. Lee and Francel caught the attention of the plain shirt guy and offered him the same job offer. He looked between the man in the coat and the two kids before accepting, snapping his fingers.

The man grabbed both of them, running towards the exit to the hotel, and when they were outside the hotel they saw the police barricading the hotel.

It seemed the police were stopping everyone from passing, as Metash was outside still wearing shorts and no shoes, even in the foot of snow on the ground.

“Stop and put your hands up, we have caught wind of a disturbance at this location,” a police officer said on a megaphone.

Metash just looked back at the other three. “Think of a spot we are safe at.” Then he swiftly pulled out a thick book and cast something, transforming into an older wizard as a purple door appeared in front of them.

They were pulled through the door, arriving in front of Francels’ father’s empty shop in the city.

Getting inside and comfortable, the fireplace starting to heat up the cool air, the man in the plain white shirt spoke up while glaring at Metash. “Why did you hire this monster?"

Lee looked at Metash who had turned back into a child and seemed to be looking over some notes. "Are you saying that because he wears no winter clothing?"

"No, he is saying that because I have outstanding library fines from taking a book with me as I left.” Metash and the plain-shirt man stared at each other until the doorbell rang, startling everyone.

An old man was outside at the door and as Lee opened the door, he spoke. “I thought I would give a tip to you new adventurers about the location where something is going to happen before the auction later this week.” He handed an address to Lee and then walked off.

Lee showed the address to the rest of them and they went to find that it led to an opera house.

They got their seats only to see that there were two familiar people on the stage in the midst of the other performers dressed in black- the woman and man from earlier- only now the woman has visible scratches on her face.

As the performance started, they started feeling tired and noticed other viewers also felt the same, doing whatever they could to stay awake. Once everyone in the audience but the four new friends fell asleep, the lights went out.

Metash produced a small flame to look around, but everyone else had vanished. 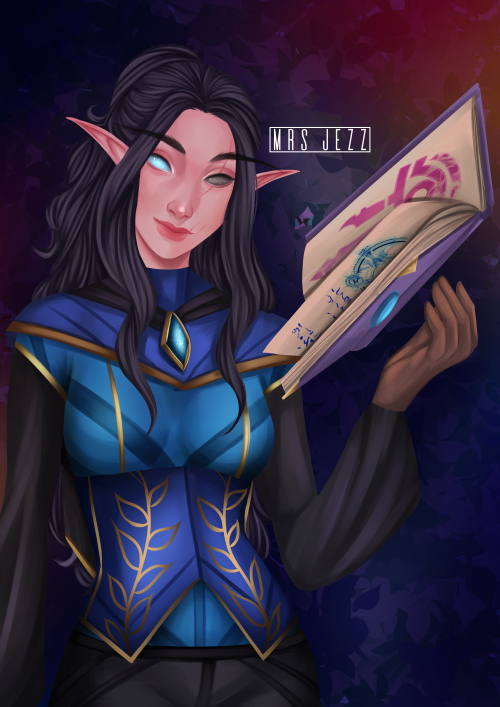 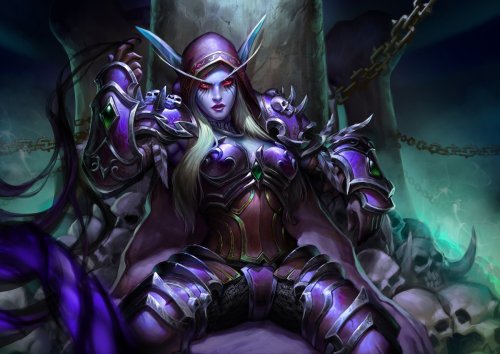 Hello my Moglomites. The other night I was lucky enough to have the scythe of the unmaker drop.

So I mogged it… This time to my monk.

So here is my “Slayer of the Unmaker” mog.

I hope you all enjoy.

Back in the early days of Overwatch, like when Gabe was still commander, Fareeha called everyone “Mom” and “Dad” (like little kids do because they don’t yet grasp titles). And it was cute and fine until she started pointing to Jack or Gabe when asked about her dad if Sam wasn’t in the room. Ana had to have a talk with her about not calling Uncle Jack and Uncle Gabe “Dad” anymore and even then it took her a couple months to break the habit. 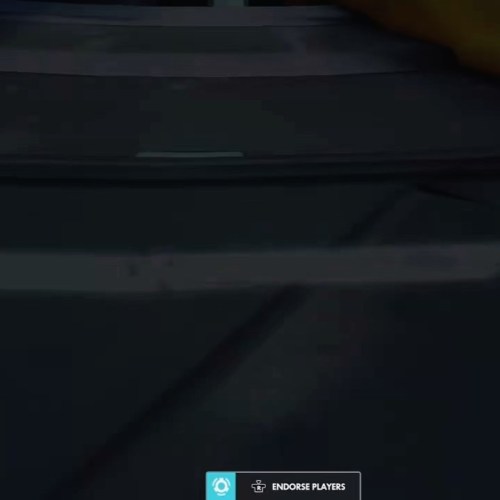 I took so flipping long on this- but I’m happy with how it turned out. Also, yes, Blizzard is THAT tall. 7 foot monster to be exact. Anyways, I didn’t have many ideas for an interaction. In the end though, I decided on buff boi being sarcastic. After all, he must’ve been sitting there first uwu 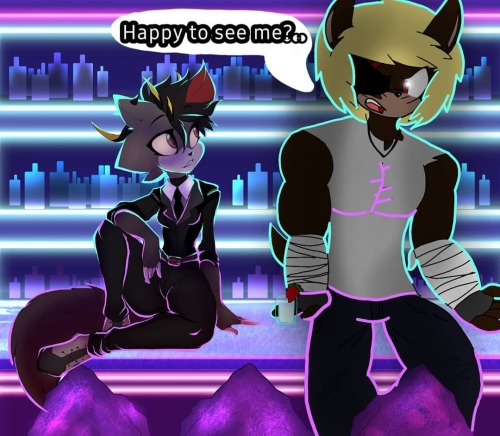 Vulpera are easily my favorite thing added to WoW during Battle For Azeroth. The only allied race that I’d get any more excited about are Ho-Zen, and we’re just not going to get those delightful monkey men, so, fun little fox dudes! They have a full gamut of classes you can play with them, sure. Warlocks, Warriors, Hunters, Mages, all the staples are available, but one stands out to me as the best choice, and one that makes a lot of sense for the way they were portrayed in Battle For Azeroth: Monks.

Monks do not use weapons or equipment, and no the swords strapped to your back don’t count, you should be using fist weapons for that clean look anyway! Monks are heavily established in lore as a thing that was invented by the Pandaren when they had to fight their opressers with little to no access to any kind of weapons, they had to be the weapons. Similarly, Vulpera in the lore are shown to be scraping by on essentially nothing. The two lores mesh together way better than I think people really think about.

Vulpera are portrayed as roaming the dunes, scavenging and trading pretty much any junk they find. It makes an immense amount of sense to me that many of them would find ways to protect themselves with no kinds of weapons or resources on hand. All the Vulpera really have to rely on is themselves in a lot of situations, so the idea they’d be comfortably clad in heavy armor, or full of arcane knowledge from ancient tomes, while not silly, is a little harder to believe. With monks, what else do they need? they have two legs and two arms, all the weapons they’d ever need to rely on.

Anyway that was some kind of rant, but it’s a thought that crossed my head as I level a Vulpera monk right now. His name is Eaglefang. Yes, he is named after the Dojo from Cobra Kai. What am I if not a very predictable man? 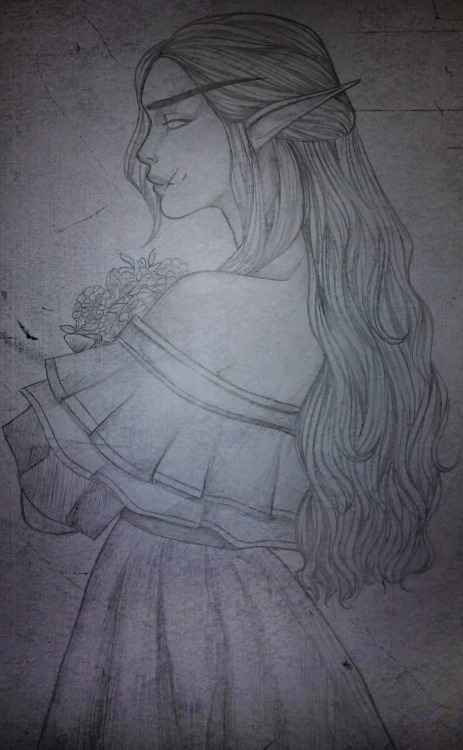