Makima must’ve done something beyond just draining Power’s blood , i mean look at Power she looks scared af when Makima touched her. I think Makima can drain a devilman’s power like a vampire of some sort 🤷 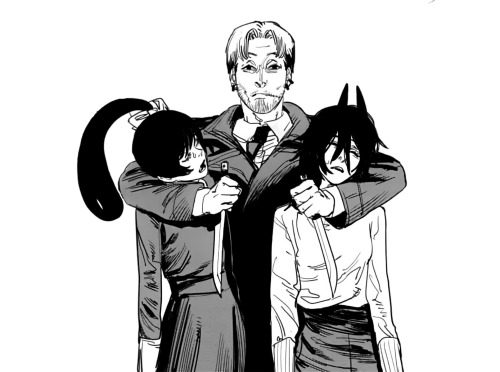 2. She was in a bit of a rush at the time but Miss Pauling did warn the RED team when she briefed them:

“'Now. We have done our best to roughly separate you from the BLU teams you’ve been fighting against. I can’t guarantee that you won’t recognise a few faces if you’ve been with us a while. Just, try and not punch those faces please.

‘You guys were one of the last groups we got to and your location and the train lines we’re using for transport make things tricky. The RED and BLU teams already there may have, well, been fighting a little bit recently. In the recent past I mean. I’m sure they’re getting on just great now. And the other BLU team is kind of, well, not exactly a team. They’re mostly some guys we had lying around. You know, the ones who were meant to be retiring or needed new teams and such. I’m sure they’re still up to the job though!'“

So the BLU and RED team who’d been working at Badwater ended up at the same base.

Silent Spy ended up there as part of the ‘guys we had lying about’ BLU team, which also includes the Brigadier (was meant to be retiring) and Ty (was trying to get out of the business.)

3. The only person who got transferred out of either of those teams is the one scout who Silent Spy got on with really well before, which I haven’t actually mentioned yet…

He got replaced by either Ginger or Blondie (can’t actually remember which is RED and which is BLU), so Ginger and Blondie had only been enemies a short while before the current situation. Else it would have been impossible for them to “get on” in the slightest.

#thank you for the questions!#things definitely ended up overly complicated when it came to sorting the teams... too much bad blood for Nath's team to ever work with the#but I needed both spies and snipers to end up in the same place somehow#devil's back#Anonymous
1 notes
bloodsoakcd
Text

#⚜  ( WHAT CAN THE DEVIL SPEAK TRUE. ) musings.#⚜  ( OUT OF BLOOD BAGS. ) ooc.#ergjnerjnerwjkgnrkth#//like yeah he has done the horizontal tango#a vamp got needs#but held hands? kissed foreheads? been hugged? noPE
0 notes
girlqvccn
Text

Samantha had tried for quite some time to suppress what had been prophesized about her for oh so long, she tried not only to hide her abilities but the unquenchable thirst for demon blood which came with it. However, time and time again, these efforts, though valiant, would also prove to be futile, for each and every time she did she would always end up right back here, covered in the blood, a monstrosity. Panting heavily, something caught her ear, someone entering - a slow, dramatic air to the steps. Hazel hues veer away from the carcasses of now vacant demons to fall upon one all too familiar. Slowly, she stands from her crouched position, head craned to the side.

“–Meg,” It is all she could bring herself to say.

hydrangea - proudest moment?
ah, can come up with anything big rn which is kinda sad lmao, but last week i did a presentation at work and my bosses loved it! felt good because it was something i came up with myself heh

“One wolf remains in the Old Square.”

The Prime’s age-worn eyes blinked unseeingly at the screen. His hand curled at his chest. “A wolf.” He tapped his heart. Still Bryce fought onward toward the Meadows, still she ran interference for anyone fleeing for the shelters, biting them a path to safety. “A true wolf.”

this. i love this. danika would have been so fucking proud. and this coming from the prime? right in front of sabine? even better.

A song Darius listens too when nostalgic:

Darius often listens to this as a reminder of what happened in the past. The song itself was something that he was introduced to when he was younger and he found it beautiful in its own way, balanced.

may we radiate with light and love?  find out in our upcoming Tales to Enlighten graphic novel!  artwork by James Edward Clark.

JOIN OUR CULT!
sign up for our E-newsletter: https://tinyletter.com/Megatrip/

Satan’s Grandson and a reluctant killer robot murder their way across the multiverse in an effort to reach Enlightenment… but is Enlightenment all they thought it would be?! Satan’s Sado-Cult tries to intercept the duo and Amazon Warriors seek revenge… Enter MGA TRP, a cosmic dj and Space God that teaches them a better way of life through Peace, Love and Universal Brotherhood! TALES TO ENLIGHTEN!! (air horn fx here!!) 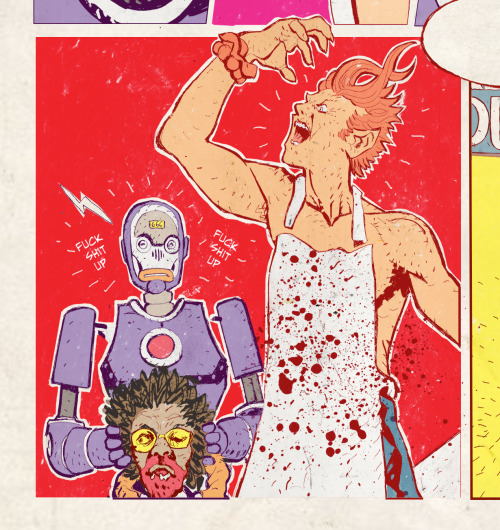 It’s been a year since I had drawn those two. Tenki is calming Nitsu down, who got hurt and couldn’t take the control of his devil powers. 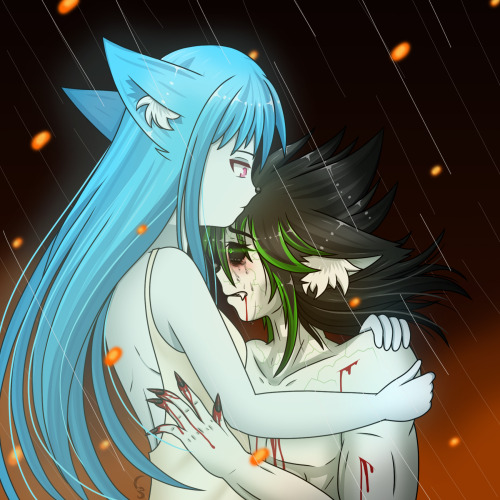 #fox#furry#oc#original-character#demon#devil#angel#blood#tears#girl#boy#woman#man#sad#drama#art#my-art#draw#drawing#anime#mystyle#photoshop#illustration#blue#green#rain#fire#digital#digital-art#digital-media
2 notes
frillexfangs
Text
#;; musings#;; thoughts#Since it's still Sinday and all#I imagine Ollie probably leans towards women more than she does men#At least aesthetically anyway#Men are still relatively new#Kuja aren't the friendliest towards men anyway and especially not on Amazon Lily#They are a mystery#Not that she'll be getting with anyone due to her toxic blood and saliva#I've been thinking about her father being either a Stonefish-Fishman or Pufferfish-man#Usually Kuja inherit beneficial traits like being better swimmers or able to hold their breath for longer underwater#Depends on the species I guess#She has darker blood and spit due to her Devil Fruit#It's all poison
4 notes
psych-manohara-acharya-ma
Text

🎼MOTHER - In This Moment

(Just a short little comic on the struggles on having a literal Hell spawn as a friend.)

“ As no one thirsts more for earth, blood, and feral sexuality than those creatures inhabiting cold mirrors. ”