Ok that’s it, the dabitwice shippers have claimed the Billie Eilish Songs. They’re about dabitwice now

Ok, so I’ve loved this song for a while…. Didn’t think about it from dabitwice pov and fuck this hurts me like really really bad. Especially how Dabi’s reacting to Jins death, trying to pretend he isn’t bothered, saying he doesn’t care while he’s literally in hysterics hurting himself. Dude… Dude I…… He’s… He’s really not okay, is he? Fuck….

*gasp* this. Is. Way. Too. Fitting. Holy shit like word for word dabitwice, not even in a ship sense either like actual canon it fits them and their relationship really well

Oh… Oh no I know this song. This was my angst song in high school and fuck, as a dabitwice song? This hurts…. “Am I supposed to be happy whenn all I ever wanted comes with a price. You said… you said that you would die for me.” … Shit…. Shit bro I’m here, like a little bitch, like a crying little bitch. Fuck this hurts… I gotta make some more angsty dabitwice mmvs sometime

Guess what’s going on the dabitwice songs to cry to playlist? This one.

How much it fits to the recent chapters? Oh god it’s like…. Hey just rip my heart out and stomp on it, that’ll hurt less fuck I’ll never recover from this ship this hurts. I haven’t been this hurt since banana fish

a/n: i love twice so much omggggggg

You dropped your bag and hurried to your boyfriend’s side, quickly peeling off your jacket.

“It hurts, it hurts, fuck, make it stop-” Jin cried, clutching the torn remains of his mask to his head as if to make up for its absence. “Just kill me or I’ll do it myself!!”

“Please consider me an alternative to suicide,” You said, throwing the jacket over his head and pressing his face into your chest. “It’s gonna be okay. I’m here now…”

It took him a moment to stop struggling against you, but it seemed the jacket and your chest was enough to calm him down. You sat on the floor with him for what seemed like forever until he asked, “Where’d you go?”

You rested your head atop his own, separated by the thickness of the jacket, rubbing small circles into his back. “I had a meeting. What shredded your mask, sweetness?”

“Hero attack- like I’d tell you, woman!- they just- they came out of nowhere-”

Jin started to cry again, and you hushed him gently. You wouldn’t tell him that he’d get his revenge- he was tired of hearing it, even if he’d succeeded in it before. This was one of his moods where he was tired of everything, where it was enough for him when you sat like this in the middle of the living room with his head on your heart.

Maybe one day you would both find peace, but for now, this was enough. 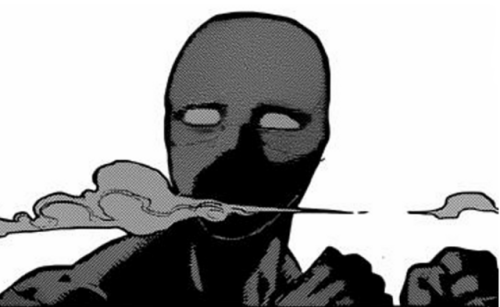 Spoilers if you havent read the manga//

Hey fukkin uhhhh I’m so glad hirikoshi acknowledges the redeemable factors in twice as a character by instilling faith in him via Hawks? I just think that’s really good bc Twice is a mere babby who deserves kisses and love

Seriously dabitwice has such a small shipbase and I am starved for content, anytime anyone wants to send me dabitwice songs or HCs or just yell with me about dabitwice, seriously, my askbox is open f e e d m e.

Twice: Hey guys I got lost on the way back to the hideout, sending pics so you guys might know where I am.

Compress: That is a Norwegian flag. How are you in Norway?

Spinner: How do you fuck up so bad?

Here’s your daily depressing dabitwice song to cry to

This one really be hitting those current arc vibes 😭

Canon. I think Hawks wants to cook, and watches a lot of cooking shows if he has time, but it’s not a hobby he had time to cultivate yet so he is pretty bad at it right now. Jin, however, is 31 and has been living on his own since he was 14-15, so I’m sure he can feed himself properly when he has the energy too.

And cooking for Hawks is great because Hawks loves food so much and will be incredibly expressive and praise Jin for making him things, especially if they are a favorite food or tasty. So it’s not even much of a chore because in the end Jin get so much compliments and Hawks never shuts up that Jin just melts.

But he… Teaches him to cook eventually. Kid’s gotta enter his mid-twenties, you know?

You can pick and choose one or more of the ships for the week for any of the Day Prompts. You may use these Prompts for fics, art, or other media forms. You may skip days if you like. We ask that works are properly tagged with appropriate content tags and that fic works are rated G or T, we are not allowing nsfw arts or fics in this event. You can send us links to your creations by direct message, @villain-love-ship-week, or using the hashtag #VillainLoVeEvent2020 to have your creations be reblogged/linked and featured on the Tumblr Page!!

Week 2 will begin June 22nd, ships and details for week 2 to be announced by June 8th!

d-deadpool? is – is that you? (I’d call this guy villain!deadpool but you know damn well canon!deadpool would crash a highschool training camp just to fuck things up) 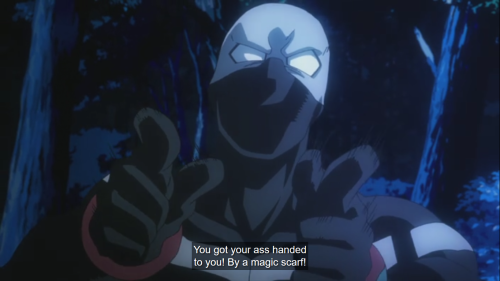 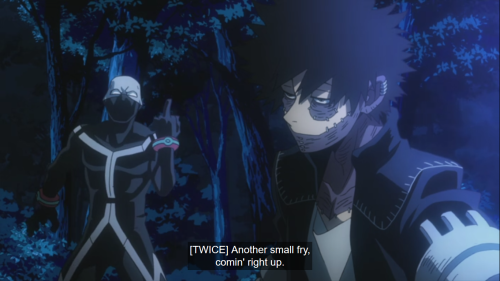 Me along with some other people have created something called, “The League Of Villains Ship week!” We are creating a discord server so that way everyone can participate! Be it by a drawing or a fic, anyone is welcome! There will be more to come very shortly, so stay tuned!

If some DabiHawks fans can ignore canon, why can’t us DabiTwice fans do the same?

The next new member of the League is a necromancer who can conjure the dead and one day they ask the other members “Who’s Jin? Because he won’t leave me alone until I tell you guys he said ‘Hi’.” and Jin follows them around like a lost puppy all the time. and eventually they start to fall in love.

“Please stay safe, stay inside, and, should you see yourself, I do not condone murdering yourself.” 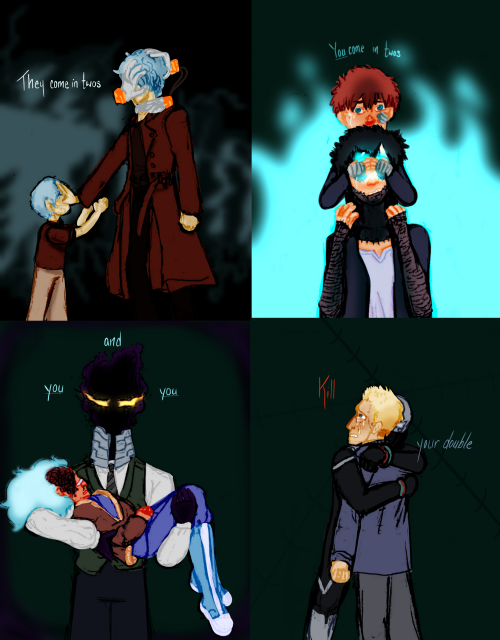 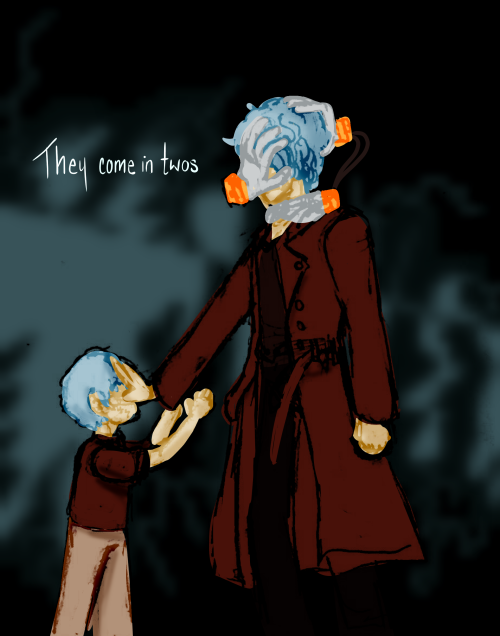 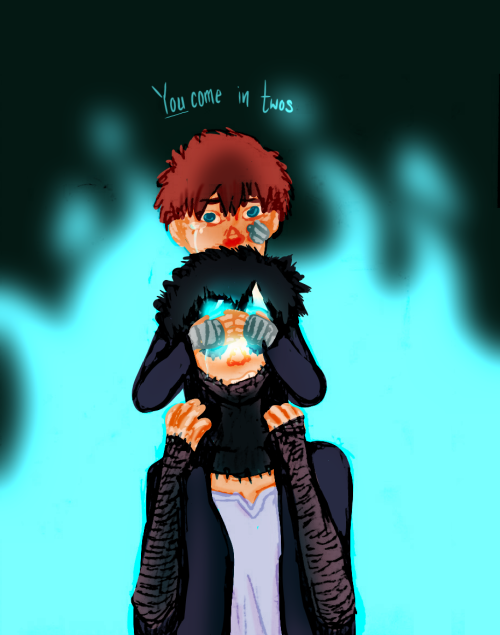 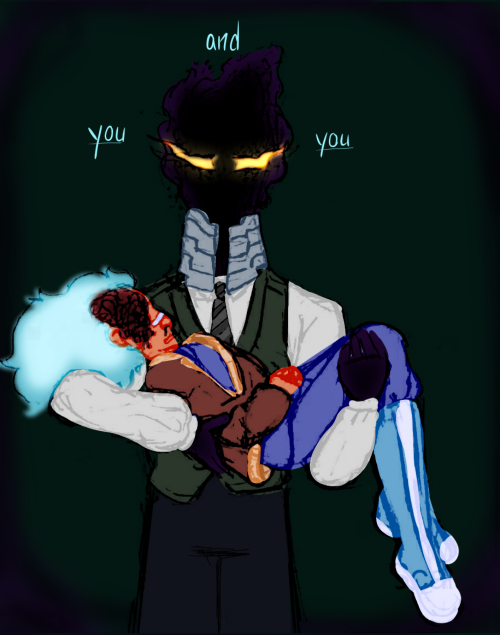 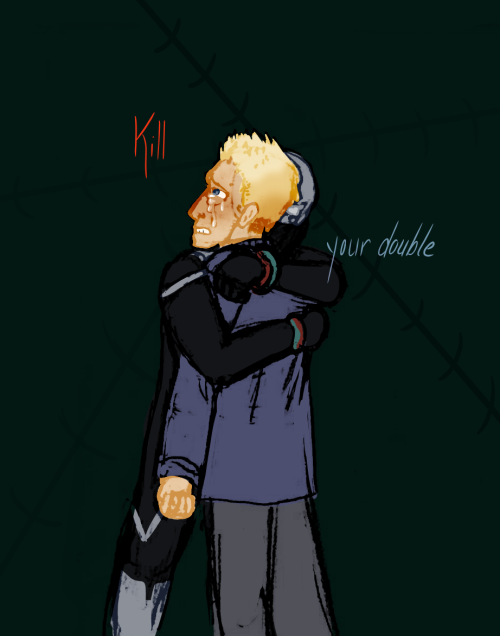 I combined both requests in one!!! I hope you don’t mind

You can’t tell me Jin didn’t send some shit like this to dabi at least once.