thank you, better call saul for having a better title sequence then breaking bad.

I am severely sleep deprived, enjoy my video and if you like it please tell me and/or ill make it better next time. But for now im done? It’s my voice and it has BrBa jokes. Dank

“What is breaking bad?”

Jesse: oh you know it’s just, uh… It’s like when these dudes or ladies or whatever decide to do some stupid shit and then they feel bad about it but maybe some day if they know what they did is bad, and, uh, hey you wanna watch Ice Road Truckers or try some shitty food I made? It’s not that good yet but it’s my first time makin’ fresh lasagna, yo!

Lydia: Breaking Bad is… no. I don’t want to spend time explaining anything to you. You wouldn’t understand anyways. Thanks.

Jimmy: Breaking Bad is when you do a bunch of good and kind and thoughtful stuff for someone and then you spend all of your time trying to show that person you give a damn about them. And what does he do? What does he do to you? Maybe… he just doesn’t get it. Also, I believe it probably means to just break bad.

Walter: Ah, this is a linguistics experiment isn’t it? You know, a student of mine who could never apply himself once told me about that. It’s funny, how things work that way, but you wouldn’t because you’re just a—– ……… Jesse. Jesse? There’s a fly in our lab. Do something about this, Jesse.

Gustavo: It originated in African American vernacular in the 1960s. You can learn this on your own time. May I refill your drink?

Jane: It means to just do whatever you want because we’re all gonna die some day. Wait, hold on, that philosophy is only kind of terrible. You should do shit because it means something to you.

Andrea: Hey Brock, wanna hear more about something for you instead? I’ll tell you about Breaking Bad when you’re ready to know about it.

Skyler: My husband broke bad and I’ll never look at him, or myself, the same way again.

Marie: Hey, HANK? You wanna tell these people about our therapy session we did together?

Saul: That’s why I fight for YOU, Albuquerque! Because YOU rock! I’m Saul Goodman, and I help the little guys! Better Call Saul!

When Jesse looks up, the Fisherman is inspecting his face openly, tracking his scars the way people are usually too afraid to. Jesse has come to appreciate them. Like his old costume — the baggy clothes, the bad attitude — they keep people away.

But apparently not this dude.

Or: At the Haines Farmer’s Market, Jesse befriends a fisherman who reminds him of Mr. White. Rather, the man he wanted Mr. White to be.

#breaking bad, #el camino, #brba, #jesse pinkman, #my fic, #i would make an aesthetic for this but my electricity just went out, #i had to post using my hotspot, #everything is very yikes
2 notes · See All
noellawritesText

Imagine Going On A Picnic With Jesse

You had picked a sunny spot near the Sandia Mountains to celebrate the one-year anniversary of you and Jesse’s relationship.

You knew you wanted to do something fun and extra-special, since you were also broke, so you got Jesse’s favorite pizza from Venezia’s and some beer and drove out to the mountains.

You had been waiting for almost half an hour before an unfamiliar yellow Volkswagen Bus rolled up to your picnic spot.

9. Kenny Powers (Eastbound and Down)

I’m tagging: (ignore this if you want, and sorry if you’ve already been tagged haha)

a little insulting comes thru in jesse’s behavior like when he mirrors walter and calls his friends dumbasses for not knowing the specific shit he learned, but overall i love that he otherwise never does that unless insecure about himself. jesse’s insults, “bitch” and “asshole” and “son of a bitch” are cool insults cause he uses them to describe how other people make him feel and, going to the root of the words…. well, yknow,

thank you @rubykgrant so kind! ilove your art and words so much but since, breaking bad is my current biggest life saver i’d love to talk more on DMs about this if u wanna know why!

but it’s not at all my own interest; in fact, i have many things i like, some of which misguided cruelty have made me feel bad about in the past! so if u wanna know if i like something, just ask! like for example, “do you know animal crossing, victoria?” FUCK YEAH I DO! and i LOVE THE WAY YOU DRAW AND I LOVE HOW WE MET! you drew fanart for a post of mine, a silly vent comic i did when i was younger that someone redefined the meaning of. so i like that role you’ve played for me, even if we haven’t talked much… YET!

the beauty of art and breaking bad, though, is the fact that Jesse Pinkman himself (my favorite fictional dude, my icon, the skinny little 5′7″ dude with blue eyes that i love) would probably say that. so, this is my own visual representation of how it feels to love jesse and breaking bad

so let me end this on the question: would you like to talk to me more in DM, even if i may reply a bit slow due to my own time constraints and attention deficit and hyperactivity? a commission for the super sweet @luneur! thank you! ❤️ 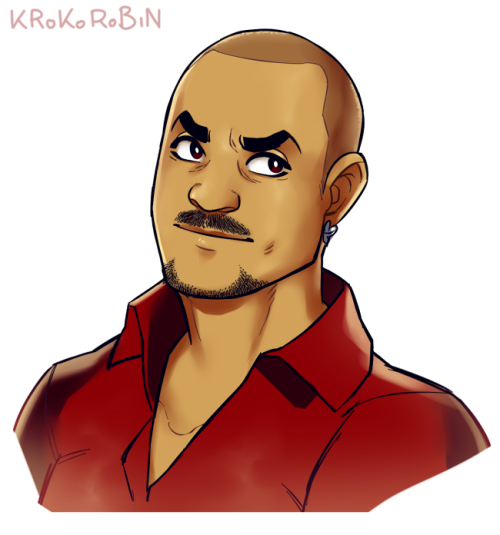