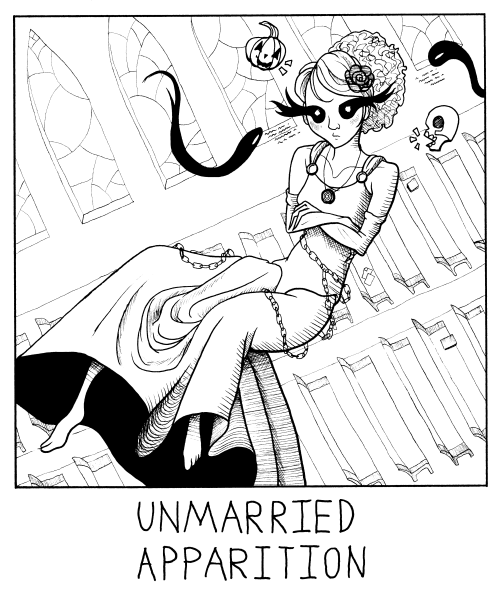 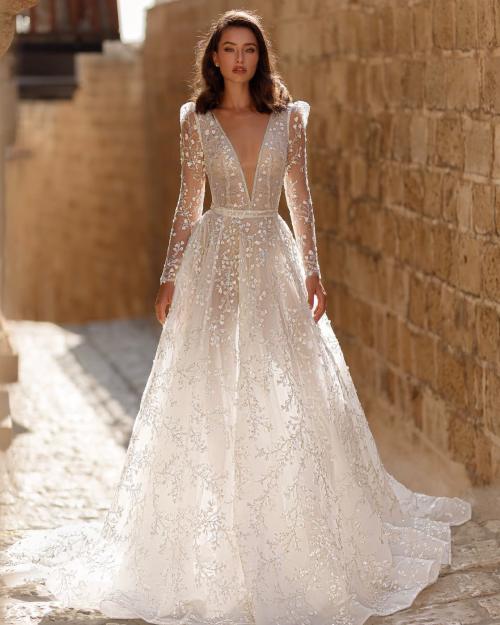 A glittering bride! Gonna be honest, it’s been way too long since my last wedding dress… my blog was starting to feel naked. 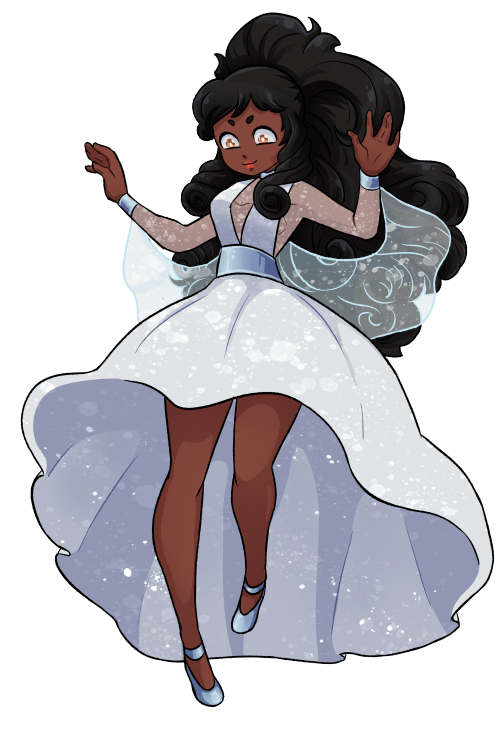 Ghost bride Mercedes! 👻💕 I had a lot of fun doing this one 😊 Doesn’t something about day 21 feel extra spooky? Only 10 days till Halloween! 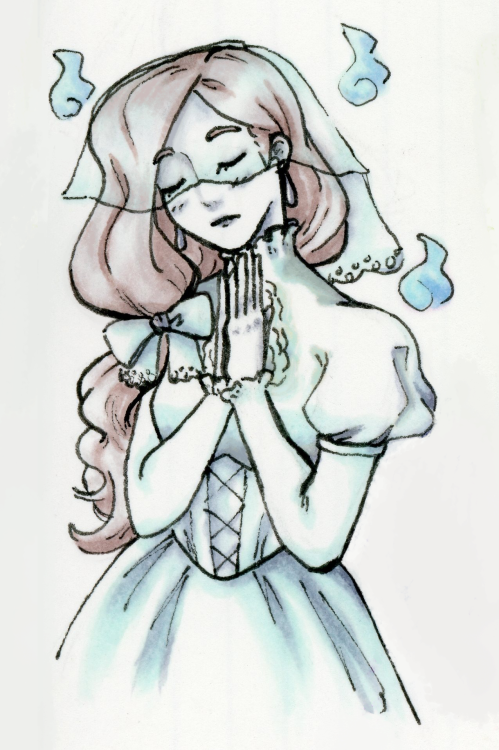 Ah, the wedding. It is one of the most joyous, and torturous, events you will ever face. It absolutely amazes me what we humans put ourselves through just to create that perfect celebration of “love”. The planning of a typical wedding is very difficult. I should know because I am planning my own right now!

There is so much that needs to be done and there never seems to be enough time. I have talked with literally hundreds of people who have gone through the planning of a wedding and I have found that it’s the little things that cause all the stress. It’s easy to plan for the obvious, but the minute details can drive you insane!

One of the most overlooked details of a wedding is what I think one of the most important details. It is making your wedding special for your guests. You see, it’s easy to forget that the wedding is not just for you and your future spouse. It’s also for everyone who attends your wedding. It’s very important you don’t forget about all the people who are special to you and who will be traveling from all over to be with you on your special day.

Most engaged couples I have spoken with love the idea of having a slideshow video in their wedding. The problem is that they think it’s either very difficult or incredibly expensive. Neither of those assumptions is correct. It’s actually very easy to have one made. As matter of fact there are several companies online that will make a video for you. Obviously I’m biased because I think our company is the best but I will give you some things to look for when shopping for a slideshow video production company.

Price. You have to be very careful here. Many companies advertise great prices, but they don’t tell you about all the hidden costs. For example, Company “X” may say that they only charge $99.00 for a video. But if you read the fine print they charge an additional $2.00 per photo for scanning and another $1.00 for each picture enhancement. Once the video is complete, they will charge you another $50.00 just to preview it. So this $99.00 video just turned into a $500.00 video.

Previewing. Most places will not let you preview the video or, if they do allow it, they will charge extra to preview it. It’s absolutely critical that you preview any slideshow video before you buy it. Previewing the slideshow video allows you to make sure you like all the titling, screen transitions and photo arrangement. You want the video to be exactly the way you want it.

Montage. Montage videos are what I refer to as “a tech heads video dream.” They involve constant panning back and forth and zooming in and out. They also feature fancy looking screen transitions where the pictures will do flips and spins and all sorts of other “cool” things. Now, these montages may look “high tech” but they are completely inappropriate for a wedding. A wedding slideshow video needs to be classy and tasteful. It doesn’t need spins and twist, flips and twirls. It needs to have clean, smooth transitions. They need to flow from one picture to the next with elegance and grace.

Remember, you want your wedding to be special. You want your guests to remember your wedding with fondness. You want it to be an unforgettable experience. What better way than with a slideshow video that features your life up to that point! I hope your wedding is the best that has ever occurred. (Besides mine, that is!) I hope you decide to engage your guests by showing a beautiful, romantic slideshow video at the beginning of your ceremony. May you have the best of weddings and don’t forget to have fun!

Oc-tober: Hobbies with the Bounty Hunters

Talent with the Main Trio

Power with the Anarchists

OC Explanation: This story has ALOT of characters and story beats, but for the sake of sticking to Oc-Tober and making my life less painful lol, Im focusing on only these three groups and who they are. Tbh I already got halfway through the entire story they’re from but…. Im soooooooo exhausted?? Id much rather just do blurbs focusing on the characters and who they are as people than on the plot plz. So here:

In a magical world where young girls get transported to live happily as whatever they want to be, troubles begin to bubble.

The main trio are a Tsarina, a Ballerina and a Fishergirl.

The Tsarina is quick to take on responsibilities, enjoys being in charge, and has a motherly attitude. Though she usually has too much on her plate, she always manages to work things out, and it’s led to her being a bit too confident that things will work in her favor. She’s been mighty lucky after all. Still, she’s a hardworker, and loves doting on Ballerina and Fisher by fussing over them when they’re hurt and buying them trinkets or treats whenever they stop at a merchant’s store. Ballerina gets embarrassed by this and waves her off, Fisher doesn’t mind.

The Ballerina doesn’t mind helping Tsarina or others when they need it, but unlike both her teammates, she’s not as quick to jump into it. She’s, to put it bluntly, more selfish and self-serving. She has a headstrong personality, she enjoys being the center of attention, and she’s quick to hold a grudge when people treat her wrong. She started out joining the quest just to get out of a Manor full of crybabies, but the more time she spent with Tsarina and Fisher the closer she grew. By the time they’re on their third adventure, she realized she can’t just leave them like she originally planned. They’re nice to her.; Tsarina always validates her and Fisher takes her side in everything. They’re friends. She begrudgingly stays and sees things through.

The Fishergirl is the youngest and smallest. She’s quick and clever, but trusting and eager to please. She’s like Tsarina, she loves helping others, but she prefers taking orders. She can’t really think for herself…. yet. She gets babied a lot by Tsarina and even Ballerina. They always treat her first, and block her from any big damage or danger. Along the way, Fisher will learn to form her own opinions, and trust her own gut.

Before Bounty Boss came to be boss, Second Hand was in charge. She hated it. She was good at what she did, but she’s lazy as heck. Right Hand watched as Second Hand squirmed under the weight of responsibilities, laughing to herself. She would tease Second Hand but never help. She found it too amusing. Then the hot-headed Boss came in with a batch of newbies, and she challenged Second Hand to a duel for the position. Naturally, Second Hand made herself lose. Bounty Boss beamed at her new title. Right Hand found her adorable. Over time, she learned the ropes, and to Second Hand’s surprise, became an actually good boss. With the help of Right Hand’s patient assistance and Second Hand’s already big reputation, Boss became respected and renown. She was effective at hunting people down…. too effective. The cases got slimmer and the adventures are fizzling out. Bounty Boss is getting restless to get back into action!

The Anarchists should actually include more girls but uh, I’m focusing on these two cuz they’re my main.

In this world that is meant to bring every girl’s fantasy into reality, there is a single Bride. A Bride… with no groom. What an oversight on whoever is in charge. Ever since she was brought in, she’s sent letter after letter of complaint. But the Capital never sends her the responses she wants. No answer as to why she’s here, no way to get her the groom she wants, and always told at the end of each reply, to just live life as best she can. The Bride is done playing nice. If she can’t get what she wants because of the system, she is going to BREAK IT.

And the first to join her cause is… surprisingly, the Mailman.

The Mailman loves her job. She loves meeting all the people in her route, hearing about what’s going on between them, seeing the joy she can bring with a package. It’s a mundane job, but it’s one she loves. Then came the Bride. She always dreaded bringing her her letters from the Capital. They only ever frustrated the Bride more. When the Bride opened up on what they were about (over tea, she was very courteous to the Mailman and always served her a drink afterwards. The Mailman is flattered), the Mailman fully realized that… her situation truly is unfair. The Mailman loves her job, and she’s seen so many others like her that enjoy their life here but, if there’s people like the Bride who can’t have what they want… there needs to be a change. The Mailman of course agrees to join. She leaves behind her job, and becomes the co-conspirator of the Anarchist movement. And the more they do and the more they fight others, they closer these two will get. The Mailman is the first to realize how deep her loyalty will go. But ultimately, she knows how this should all end.

The Bride is looking for a groom.

I can’t really explain the world very well lol. All I can say is, girls pop in as batches, and they already come with a theme/dream decided. They pursue that theme/dream and, in theory, live happily and harmoniously. In theory. But just as the main trio pop into existence, disappearances occur, and the Anarchist movement starts building up notoriety. The stale ways that things have been are going to have to change. 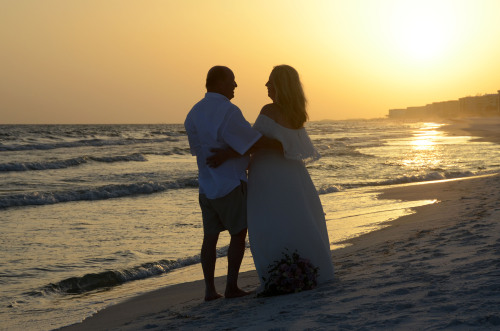 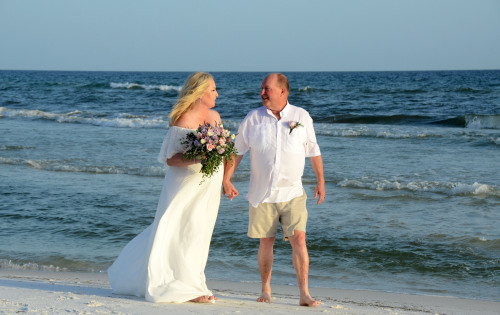 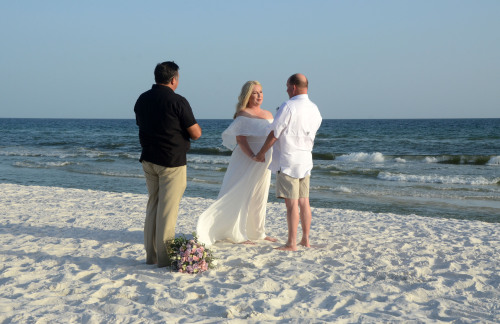 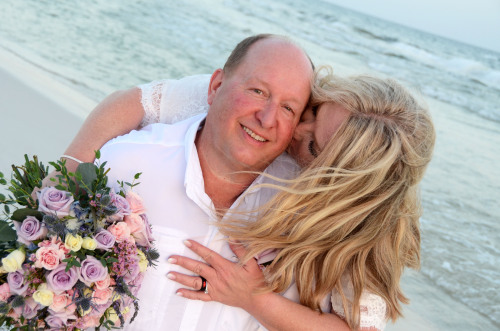 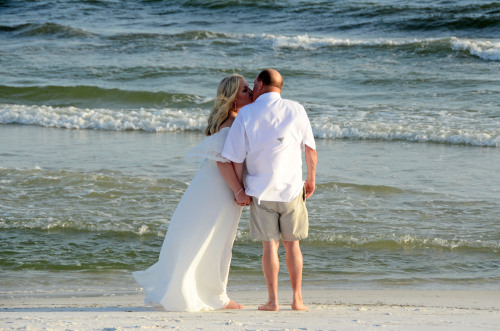 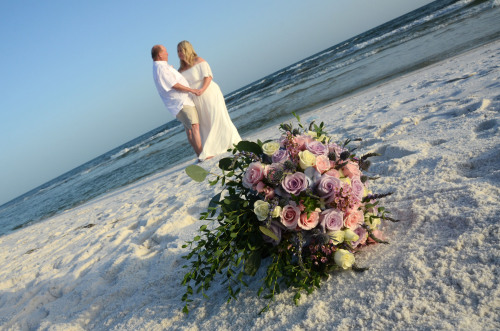 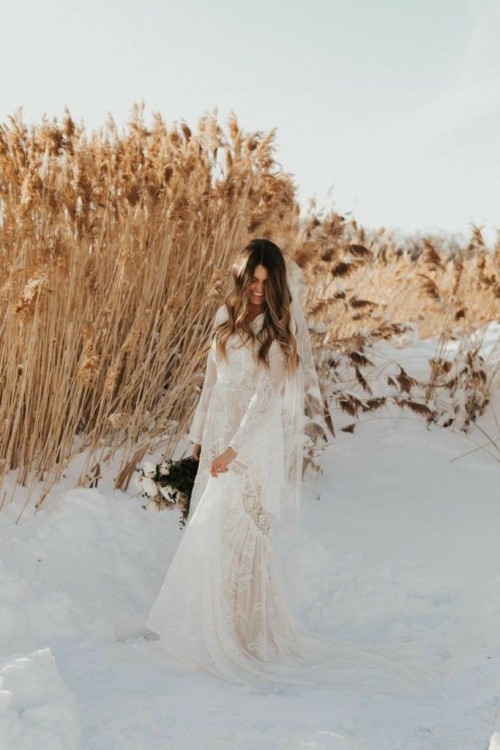 Day 14 of ‘31 Days of Horror Movies.’ Tonight’s movie sequel brings the living dead girl around, in Bride of Re-Animator.

Day 14 of ‘31 Days of Horror Movies.’ Tonight’s movie sequel brings the living dead girl around, in Bride of Re-Animator.

Day 1 of ‘31 Days of Horror Movies.’ Tonight’s movie sequel brings the living dead girl around, in Bride of Re-Animator. 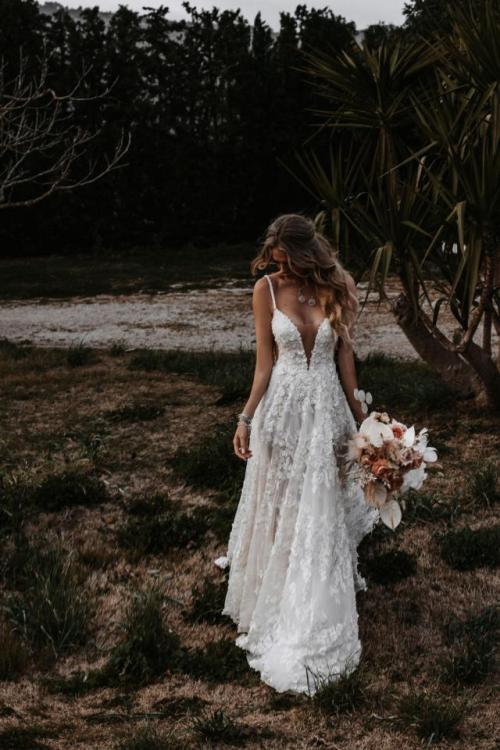 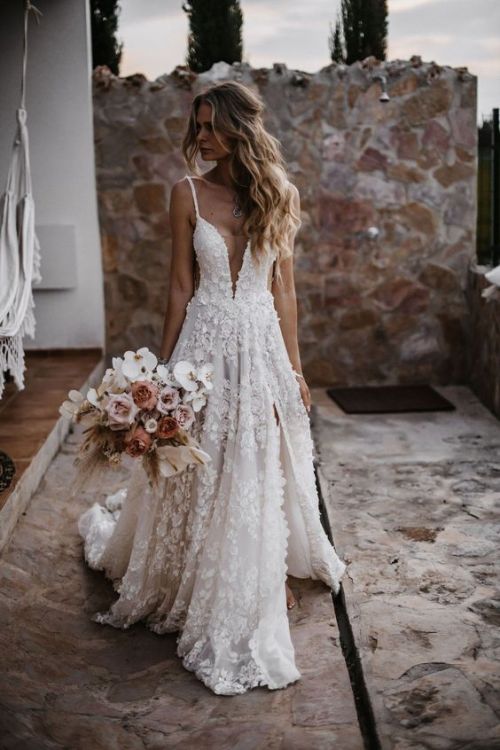 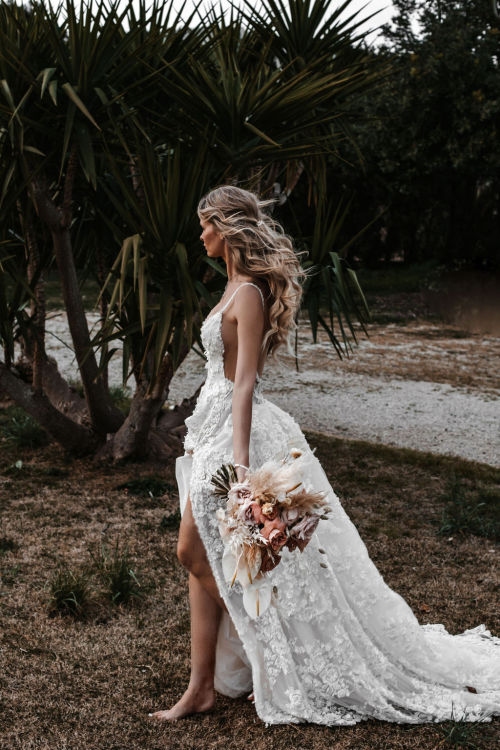