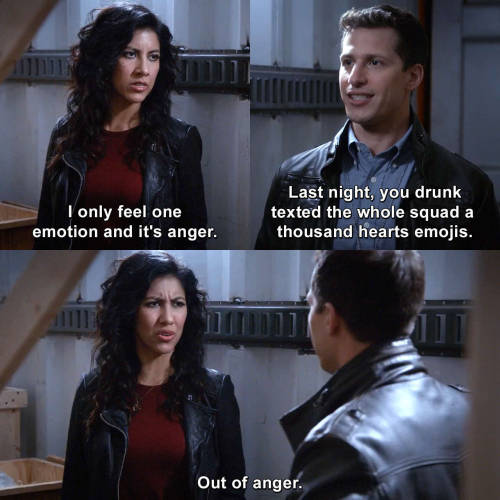 I love how Jake in Brooklyn 99 started the show by being embarrassed by the fact that he called Holt dad, but by season 4-5 he completed accepted the fact that Holt and Kevin are his adopted dads.

I’ve been watching a lot of Brooklyn Nine-Nine lately.  The episodes are like Pringles potato chips: you can’t ever have just one, and as soon as you finish one, you immediately want another.  Now that I am well into Season 3, I have spent a lot of time sorting the main characters into their Hogwarts houses, as one does.  So here it goes:

Jake Peralta:  Like the titular character of Harry Potter, I’m pretty sure that the Hat was going to sort him into Slytherin but he asked to be put in Gryffindor.  Why?  Jake values and possesses all four Slytherin traits: power, cunning, ambition, and determination.  But, throughout the series, because he wants to be seen as brave, he actually is.

Terry Jeffords: Sarge is in Gryffindor.  He is big, tough, brave, and loud.  An argument could be made for Hufflepuff due to his love of love, family, and food, but at the end of the day, I would peg him as a lion.

Captain Raymond Holt: another Ravenclaw.  He loves facts, details, and knowledge.  Ravenclaw also explains Amy’s professional crush on him.  Even though he is ambitious and powerful, he is way too by-the-book to be a Slytherin.

Gina Linetti: a slam-dunk Slytherin.  She is definitely the most cunning on the show and would sell her best friend for parts if it meant her own self-promotion.  Don’t get me wrong: as a Slytherin myself, I love her, but she is solidly in the green.

Charles Boyle: Remember that part in Sorcerer’s Stone when the Sorting Hat barely touches Draco’s head and calls out Slytherin?  Well, think of that, but for Hufflepuff.  Charles is loyal to a fault, hard working, and LOVES food.

And that’s what I got so far.

so, i was scrolling down my fav brooklyn nine nine quotes page on twitter and i saw SO MUCH stuff that sounds like SHINee. long story short, im doing a SHINee as B99 incorrect quotes.

I’ve been watching a lot of Brooklyn 99

Charles Boyle as a birthday gift. 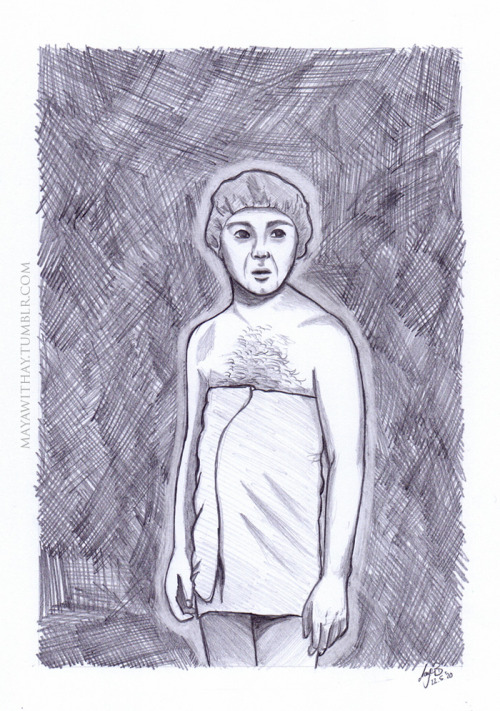 Ginny: Ginny Weasley the human form of the 100 emoji.

~ my first ever b99 edit!! i can‘t believe it took me so long ! I hope you enjoy it and as always i am eternally grateful for every like/reblog and comment ❤️

I need your help! 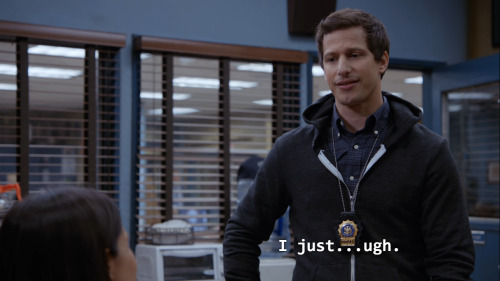 Percy buying gifts before a party

𝗣𝗲𝗿𝗰𝘆: I’d like your finest bottle of wine, please

𝗣𝗲𝗿𝗰𝘆: Great. I’d like your $8- est bottle of wine please 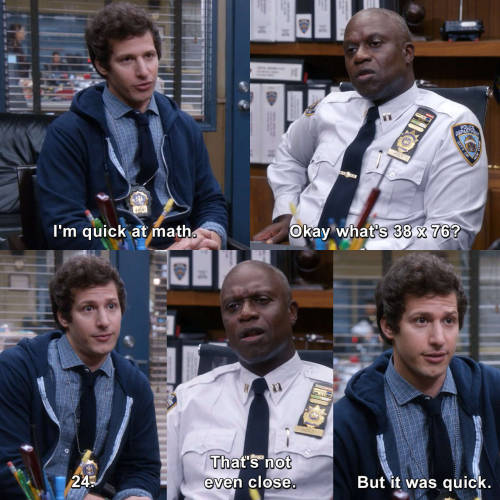 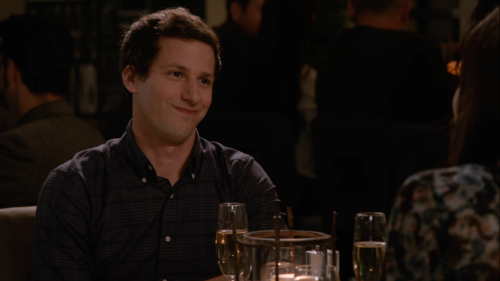 my only two moods

the only heterosexual couples that deserve rights are mortica & gomez addams and jacob peralta & amy santiago.