On the short side but I hope you like it! :) 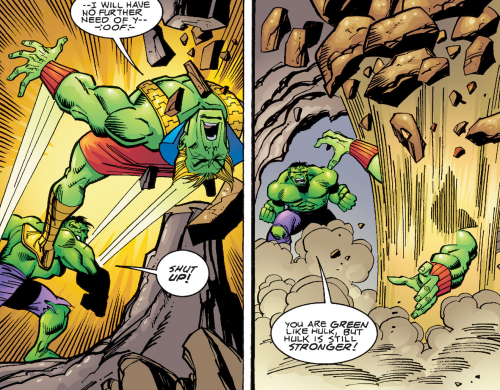 hear me out: bruce banner

Summary:  Its Tony’s birthday amd his friends surprise him with something small, away from the press, and special just for him.

Chapter three: Through the Heart.

She could still see her mother bleeding out sometimes. If she thought about it long enough she would find her chest was getting tight and her heart was beating so close to her ears it was all she could hear. All she could see, though, was her mother’s pale face. But even after everything, her mother’s eyes still glimmered and shined with love even when dying. Keeva exhaled, sitting up quickly. She had been dreaming of her mother again. Sighing, she rubbed her eyes and looked at the time on her watch. She had only been asleep a couple hours.

‘Couldn’t sleep?’ A voice asked from behind Keeva. She turned around, startled by the sudden noise. Steve stood with his arms crossed, leaning against the counter. Keeva nodded, putting her glass of water down.

‘I had a dream about my mother, again.’ She mumbled, looking down at the floor.

‘It’s fine.’ Keeva shrugged. She had gotten used to it; the bad dreams, the guilt—all of it.

‘Is there anything I can do to help? Do you want me to stay up with you? We could talk?’

‘No.’ Keeva shook her head. ‘I think I’m going to go back to bed. Thanks anyway. Goodnight, Steve.’

Keeva crawled back into bed. She sat up against the headboard, her eyes closed and her mind racing.

‘What was daddy like?’ Keeva asked, laying down in the green field, facing up at the sky. Sasha was laying next to her, they were holding hands.

‘Well, for starters, he was very handsome.’ Sasha giggled. It hurt to talk about her late husband, but she knew that her daughter had questions about the father she never knew. Sasha was glad Keeva cared to know about her dad, that meant she could talk and talk and talk about the man she once loved to someone who would listen.

‘And he was the kindest person I knew, he was as kind as you are. And he was very caring. He was funny and he knew exactly how to make me smile. He took care of me and I know if he was here with us now, he would be the best dad in the world.’

Sasha swallowed. ‘You’ll find out eventually. In the meantime, how about some lemonade?’

‘This suit itches.’ Keeva grumbled. The rest of the team stood around her, watching her like proud family members. She huffed and looked again at herself in the mirror. She wore a dark green fitted cargo jacket and black cargo trousers that allowed her to move freely, paired with black combat boots.

‘It’s not really a suit, kid.’ Tony pointed out. ‘I’ll have a proper suit made for you soon enough. For now, this will do.’

Keeva nodded, trying to reach up her sleeve to itch her arm.

‘You look like you could kick ass, kid.’ Nat said with a smile.

Clint leant forward for a high five but Keeva ignored him and rolled her eyes.

‘Cringe.’ Tony sung and avoided a punch from Clint.

‘Now all we have to do is wait for a mission.’ Nat said.

‘Can you hear me?’ Tony’s voice came through Keevas earpiece. She was hiding behind a car, out of sight.

‘Just do your best, kid. I’m flying overhead, there’s four men coming around the corner on your right. Good luck. Oh, and also, if you’re about to die please do let me know, alright? Scream ‘help’ or something. ‘Pickle’ maybe? That would get my attention.’

‘Or I could use the earpiece?’ Keeva edged forward, turning and looking to her right. Four men dressed in black with black masks emerged. They all had guns. Keeva sighed.

‘Yes, you could do that actually. Ok they’re getting quite close, need a distraction?’ Tony asked.

‘Nope, Tone. I’ve got these ones, haven’t you got Clint or someone to save?’

‘You know I’m going to tell him you think he’s incapable.’ Tony answered.

‘Alright, alright. Whatever.’ The men were getting closer, if Keeva didn’t do something now, they were going to see her.

‘Good luck, kid. Remember, ‘pickle’.’ Keeva rolled her eyes and edged forward, quickly coming up with a plan. Swallowing, she begun to stand up from her crouch. Another peak at the men, they were seconds away from seeing her. Keeva cracked her neck and straightened her shoulders. Now or never, she couldn’t risk it anymore.

Another second had passed and Keeva ran out from behind the car. She had done this two times before, on two different missions but seemingly with the same men. Who were they? Now wasn’t the time to figure it out. They had spotted movement and their heads snapped towards Keeva, her legs moving faster than any humans should do. She was hidden behind a building before they even had time to squeeze their triggers. They knew where she was though, Keeva just had to wait. A second, two, three, four. Then bullets sprayed in her direction. She had hidden herself in an alleyway, between two office buildings.

‘We’re coming, Virgo!’ One of the men sung. He sounded ecstatic. Keeva swallowed. Her third mission in and she had already taken on her mother’s nickname. She shook her head, focused and extended a hand.

‘Come on then!’ She yelled back, trying to match the same amount of enthusiasm but it sounded more like anger. Could they tell? It seemed as if they knew she was seething because they stopped stepping closer, stopped firing at nothing in the hopes it would kill Keeva. Keeva breathed in and out, her brows knitted together. Absolute silence. Had someone else gotten to them before she could?

Slowly, she peaked around the brick wall, her eyes darting everywhere. And there they were. All four of them were on the floor, dead. Keeva took a step forward, she couldn’t see anyone around. They had cleared the area from the public so it couldn’t have been a normal civilian wanting to play hero. It couldn’t have been an avenger either, because why would they not show themselves to Keeve? Why hadn’t she heard them die?

‘Tony?’ She called out again.

‘I cut the connection.’ An unfamiliar voice spoke from behind Keeva. Jumping, she turnt around, ready to fight. A man, dressed in black like the other men, leant against the alleyway walls. Different from the other men, though, was the red mask and long coat. He held up his hands. ‘Don’t worry, Virgo. I’m not going to hurt you.’

‘What?’ Keeva spat. ‘Then what is this all about?’

‘You.’ He replied. He stopped laughing, suddenly serious. ‘It’s all about you.’

‘And who are you?’ Keeva asked, both her arms still extended.

‘I’m someone who is very interested in you. I need your help.’

‘And these men that have been after us for months have been your men?’

‘And so what? I kill you and your men stop coming after me?’

The man took a step forward.

Suddenly, the man shot Keeva, hitting her in the heart. 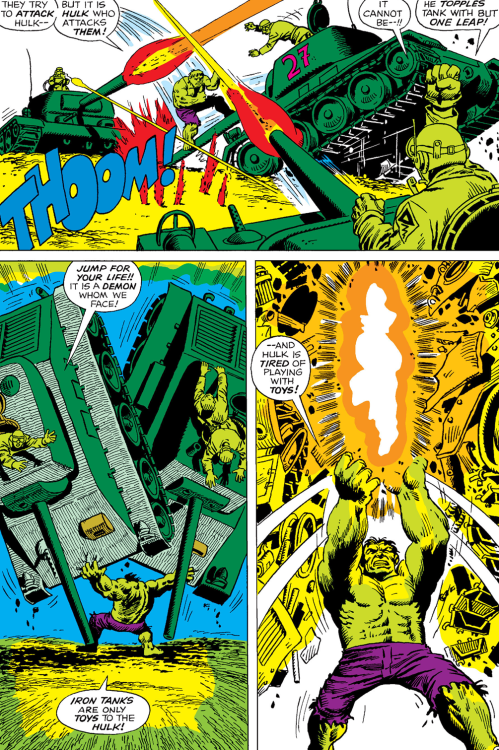 #science bros#bruce banner#tony stark#marvel#politely baffled at the idea that science bros is bad bc ''tony's always mean to bruce'' like... what
4 notes
avengerscompound
Photo

Summary: Every girl fantasizes how to make her first time amazing, but Y/N never got it. That is until Steve Rogers comes to her rescue.

Warnings: description of panic attack, SMUT, loss of virginity, unprotected sex (wrap it before you tap it), some minor swearing. IF YOU ARE UNDER THE AGE OF 18, PLEASE KEEP SCROLLING. YOU DO NOT NEED TO READ THIS!!!

THIS IS A LONG ONE BOYS! BUCKLE UP!

When she was 16, it seemed like everyone in her school was losing their virginities. It had gotten to the point where Y/N thought she was the only girl in her friend group who hadn’t had sex yet. Her two best friends had managed to lose theirs AND keep their boyfriends, so she thought the same would happen to her. But after graduating high school and college (twice), Y/N was still wondering when she was going to get her perfect first time.

Her job didn’t help to keep her distracted, though. Agents of S.H.I.E.L.D regularly worked with the Avengers, so Y/N interacted with the most attractive people she had ever seen on an almost every day basis.

Steve: What’s wrong with Bruce? He’s been laying on the floor for like 30 minutes.

Clint: Nat smiled at him.

i’m on a bruce banner mood today, can’t you tell…

AU: It’s 2012. Nat closes the portal, and unfortunately Tony doesn’t make it through and is killed by the nuke blast in space. He dies as a hero and is mourned, but eventually the world moves on. It’s 2015. The Avengers find Struckers lab and get the sceptre. Bruce examines it because he’s curious, but doesn’t use it to create Ultron because he has a functioning brain and knows that that would be fucking stupid. He gives it to Thor. Bruce then gets to live out his life as a happy scientist and isn’t brought to a remote planet where he kills people for sport. Thor brings the sceptre to Asgard and Loki, unable to restrain himself from the shiny, reveals that he is posing as Odin. Thor is disappointed but not surprised, and the two become co-rulers of Asgard. Steve and Nat track down Wanda and Pietro and give them the option of joining the Avengers. Wanda agrees because she realizes that while she thought she was working for Shield, it ended up being Hydra and she wants to change the world. Pietro agrees because he is alive. The Accords are never made. Life is good.

Bruce to himself one day: puny god

y’all can we talk about how bruce banner admits to trying to kill himself in ‘the avengers’?