Tumgir
AboutPrivacy Policy
AboutPrivacy Policy
Visit Blog
Explore Tumblr blogs with no restrictions, modern design and the best experience.
Fun Fact
Pressing J while looking at a Tumblr blog or home feed will scroll up on the page, pressing K will scroll down. This is helpful considering a lot of the Tumblrs feature infinite scrolling.
Trending Blogs
#bruce wayne
thelastmonitor
Photo

Going on a duke reread cause I can’t wait for the Duke Big Bang thats coming up and Bruce and Duke as a team gives me lifeee. 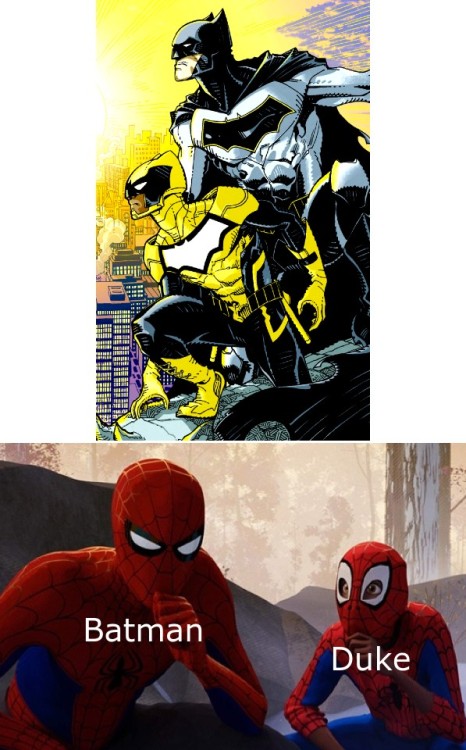 I now consider myself an unofficial DC character🧨 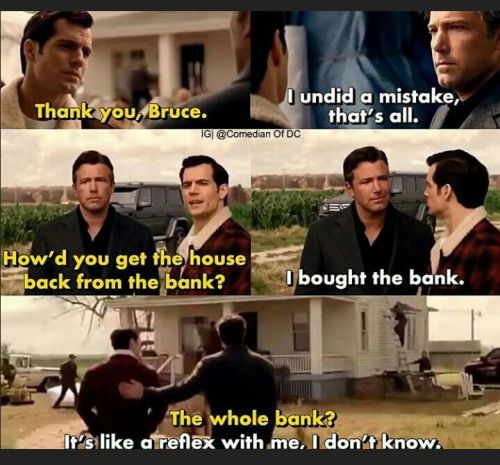 Lucius will give him grief for playing hooky, but as John comes toddling up and runs right into his knees, Bruce can’t find it in himself to feel even an ounce of remorse. Now he stands beside Dick, leaning against the island as they watch John wave at Titus from where he sits on the kitchen floor. Ace watches the two of them carefully, always on watch, just in case.

John holds his stuffed lion up to Titus who sniffs it, and judging from his giggle, that must be enough for him.

“He’s a very happy child,” Bruce says, lip of the counter digging into his palm.

“Aren’t you observant,” Dick mutters, and at the look quickly tries to mask it by taking a sip of his coffee. “What? I didn’t say anything. I’m just watching my kid have a blast playing with the dogs.”

Bruce sighs. “As much I say I appreciate the visit, I can’t say I missed the attitude.”

“Of course you did,” Dick says, and then his gaze cuts back to John and his little hand reaching for Titus’ ear with a quick: “Hey, be nice.”

“Nice!” John parrots, and both of them tense when gravity suddenly takes hold and he plops himself down on his rear on the kitchen floor with a grunt. Ace perks up a little at the sudden motion and watches as John shakes his lion at the dogs, babbling a loose string of what are almost syllables. In the corner of his eye, Bruce can see Dick smirk and shake his head and take another sip of his coffee.

Imagine Bruce cooking dinner with you

Having time alone with Bruce where you both could simply relax was a rare feat. Often busy with Batman activities or with the Justice League there was only so much time in the day that you could see one another. This ranged often from a few minutes before bed to a few hours in the morning if you each woke up early enough. If it was anyone else you might have felt a strain on the relationship but with Bruce somehow even with time constraints you still made everything work.

Often though, Bruce felt some sort of guilt creep through him knowing that saving the world could be left to the rest of the team and that Wayne Enterprises could handle one day without him. You’d never questioned his work ethic, never questioned the hours and days he sometimes spent away tinkering on new projects, you accepted and loved him as though he wasn’t a vigilante. He knew that you deserved better and yet somehow you never saw it that way.

Thus, Bruce strived to make time to spend with you, as much of it as he could. And it was moments like this that reminded him each and every time why he had fallen in love with you in the first place. Standing side by side in the kitchen, Bruce chopping vegetables while you added them to the pan, sneaking a slice of something from the cutting board and trying to argue with him that it was your duty as chef to test the ingredients. He didn’t think he’d ever laughed as much as when he was with you.

Robin: It was Wally

Artemis: It was Wally

Conner: It was Wally

Wally: It was Wally

Clark: Wait a minute. You seriously have adoption papers in your utility belt?!

Bruce: THOSE ARE A NECESSITY CLARK!!

Diana mumbles: You are surprised?….

“Shut up Bruce! I’m trying to do something nice for you.”

“I never thought you would be this much into it.”

“Bruce, please take your clothes off.”

“You know Y/N, if you wanted to see me naked your could have just asked.”

“Bruce, stop it! You’re not going to fuck me in the bathtub!”

“Come on cutie! You look so delicious.”

the robin son of deathstroke storyline is like so dumb, like even if it turned out that damian wasnt bruces biologically, hed still be his dad, like all his kids are adopted, why is he so desperate to give damian to slade

one thing i despise fanon for is convincing poeople that dick has a terrible fashion sense and cannot cook 😭 do you think growing up with bruce AND alfred this guy wouldnt be the best dressed everywhere he goes? and he is almost 30 he does not eat cereal for every meal i swear

Forever thinking about how cute telltale bats is…

Batman in Batman: The Enemy Within 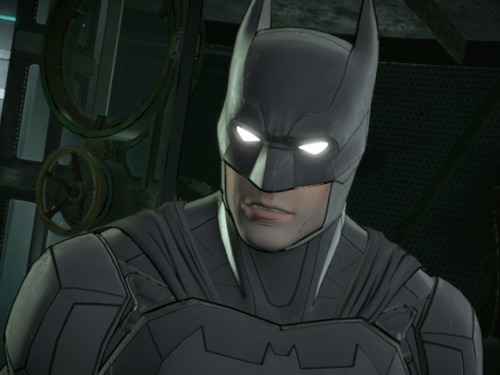 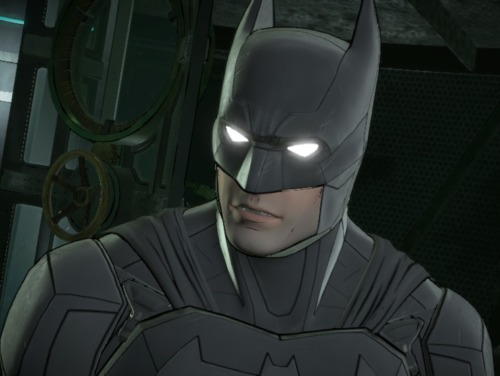 People do not appreciate ballet and the potential for action or body horror that comes with it. Strength, grace, viciousness - I LOVE it. It’s also such a great idea for Batman, I think. He’s a goth icon with his black cape and vampiric vibes and combining that with elegance instead of brutishness, as you said - it’s just so good!! I love it so much!!!!

Honestly, the whole “Batman has big arms and machine guns” is so tiring to me. This - Batman as a graceful creature of shadow and night - is SO much more tempting.

But also! This concept could be used with love and care to dismantle the “cold unfeeling Eastern Europeans” trope! Not that the whole League of Shadows business did that in any way for Eastern Asia - but it would be a nice concept. I would appreciate it. It would be fun.

Bruce picking up little bits and pieces? Speaking Russian, as you said (absolutely LOVE that btw, I love the concept, love the sound, love the idea), drinking absurd amounts of tea, having his taste in art and literature be influenced heavily by this….I just love it SO MUCH.

After all, the whole League of Shadows business was tied tightly to a certain philosophy, and I would assume a Ballet school, even if that part is just a cover, would have a certain philosophy as well. Pain as a negligible side effect, elegance and efficiency at all costs, I feel like those things align very well with Bruce as a character. The idea of self-destruction for the greater good, basically.

I could stare at the ceiling all night and think about this. 🩰 🦇 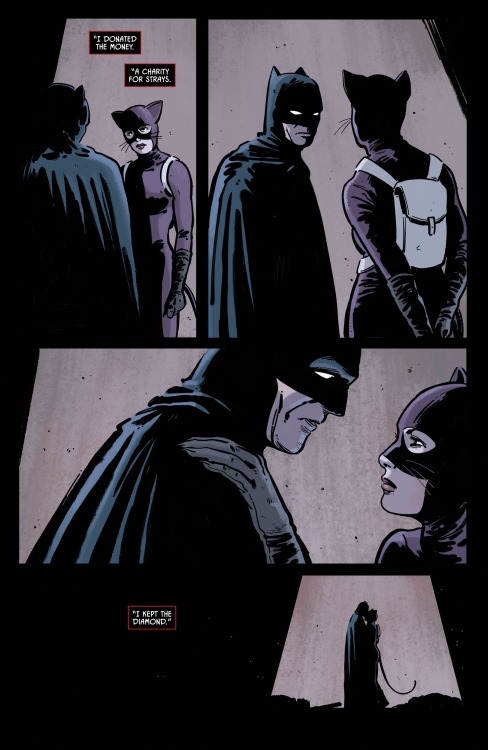 question to the batman fandom: does anyone know AU fics where harvey doesn’t become two-face?

He sighed, taking a step towards you and you felt the blush rise high in your cheeks when his disappointed glare met your eyes. You shrank from it, feeling so much like the child you were when he first took you in. Unworthy. Not good enough. Shame made the blush on your cheeks darken and you looked down, unable to maintain the eye contact for any longer.

“What you did tonight was very stupid.” His voice was low and Goddamnit you could practically feel the anger radiating from it. You flinched, missing the way his eyes softened just a little from your reaction as you continued to glare holes into the floor of the Cave…as if that alone could make the floor open up and prevent this conversation from going any further. You were about to speak, tell him why you did what you did. Make him understand. Scream that you didn’t care that he was angry or disappointed in you, but you froze when you felt his hand on your shoulder and you looked up to meet those steely blue eyes again.

“I can’t lose you. Please…be more careful next time.

So I was in one of my college classes when a thought came to me.

The Batfamily are one of the most, if not the most, close knit group of superheroes out there. I mean they are a literal family.

So that got me thinking. What if every member had a different combo move with each other and what would it be like?

Then it went to imagining a 2D fighter with all the batfamily members in it.

Just imagine it a game like DragonBall Fighterz but Batman.

DC get your act together!

Damian: You know what makes humans different from other animals?

Damian: We’re the only species on earth that observes Shark Week. Sharks don’t even observe Shark Week, but we do, for the same reason I pick up this pencil, tell you it’s name was Steve, and go like this! *Snaps the pencil in two to the discomfort of the others* And parts of you dies, just a little bit, on the inside. Because people can connect with anything. If we can sympathize with a pencil, we can forgive a Shark.

Cass: You’ve thought alot about this, haven’t you?

Bruce: Hal, are you staying for the party?

Hal, trying to get out of staying: *dressed in a cheap Batman costume* If I stay, there can be no party. I must be out there in the night, staying vigilant.

Hal, just trying to stay in “character”: Wherever a party needs to be saved I’m there, but sometimes I’m not because I’m out in the night, staying vigilant. Watching. Lurking. Running. Jumping. Hurtling. Sleeping. No, I can’t sleep. You sleep. I’m awake. I don’t sleep or blink.

Hal, basically giving up and mocking Bruce at this point: Am I a bird? No! I’m a Bat! I am Batman. Or am I?

Hal, reeling it back in so Bruce doesn’t hit him: Yes I am Batman. Happy Halloween! *runs out the door*

Bruce afterwards to Clark: A simple Yes or No would of worked just fine.

*After a mission went south*

Jon: I have this weird pain right above my eyebrow.

Damian: it’s called a stress headache. I got my first one when I was four.

Damian: Well get used to it! You’re knee-deep in it now!

*Jason and Duke talking in their best Batman voices*

Jason: Yeah, it sure does.

Duke: At like a candy traffic school. Like a little gingerbread man at the wheel. And he’s drunk!

Kon flying into Wayne Manor: *trying to flex as he holds up a money phone* Sixty Dollars?

Kon, waiting for a response from Tim and Bruce: Yes I’ll hold.

Lex Luthor: You don’t see me saying anything crazy about Timothy and Conner’s weird, little relationship.

Bruce to the Batkid: Any other meaningless conspiracy theories?

Duke, being a smart-ass: Yeah- did you know that Gogurt is just yogurt?

Dick to everyone when he finally takes a day off: *sitting on a couch* You can do whatever you want, you just got to know what it is.

Dick: For me it’s Lucky Charms. And TV.

Steph, as she holds a camera in Bruce’s face: Bruce, I think you should play the role of my father.

Bruce: I don’t want to be your father

Steph: You sat in a room for 26 straight hours.

Steph: Didn’t that bother you?

Cass, calmly: Yeah, I was livid.

Steph: Then why didn’t you leave?!

Cass: Because you asked me to stay and you said we were friends.

Cass: Get out of my brain.

Damian: Why don’t you go start a ruiners club?

Maya: Well then I’d be doing a good job because its a ruiners club.

Damian, furious: You ruined my analogy!