Summary: Bucky disappeared and came back only to say goodbye.

A/N: Post-endgame timeline with lotsa angst! Included Andy Barber here because why the fuck not but he’s really not a major character lol

The day you got Bucky back was the same day he said goodbye. He left you— said it was for the best— just as when your fingertips touched him for the first time after five years of longing.

Your reunion with Bucky after the snap was nothing like the movies, far from it actually. A lot of things happened when he was snapped back, in between the battle with Thanos and Tony’s funeral. Besides, you weren’t an Avenger; you didn’t work for SHIELD nor the CIA. In fact, you remained oblivious of the battle that was going on until the moment of chaos caused by the sudden reappearances of half of the world’s population.

And then you received a message from Steve, about the tragedy and the sacrifice of Tony Stark. He was inviting you to the funeral and as much as you felt devastated from the loss of a hero, you couldn’t help but focus your attention on the last line of Steve’s message. 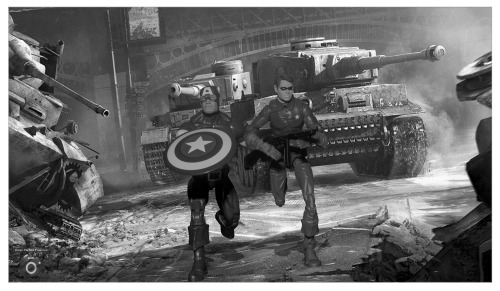 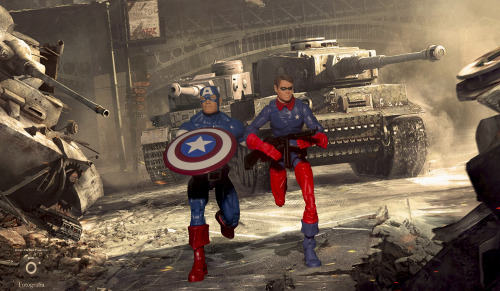 Still not sure if I’m fully coming back, but I think I wanna do something this weekend. Send me a bunch of drabble ideas and I’ll write Saturday night when I get out of work

Summary: You were a Goddess named Elara, who had powers similar to Thor and even stronger, you joined the Avengers back when Loki had tried to take over New York. You were great friends with most of them. Tony Stark was someone you were always in love with even though you knew you could never have him. However that all changes when you get to know a certain super soldier….

Summary: More memories are reflected on from the past; but not by Steve or Bucky, by someone else…

It was a Tuesday, she was running late, as usual.

She knew she was getting the call any minute now. Did she still have time to stop at the bank?

Quickly she zipped up the back of her dress. She didn’t have time to do her hair, maybe she could get away with yesterday’s leftover blow out.

Or should she put it up?

She jumped as the phone rang, snatching her shoes from her floor as she raced into her living room. She stumbled as she slipped her right heel on, reaching for the phone before the ringing stopped.

“Y/N speaking,” she said, fumbling with her left heel.

Hey everyone! Since it’s a new year (okay I’m a few months behind) I’ve decided to create an updated master list with all my current work and past work in one place. Enjoy!

Dating Fred Weasley Would Include

Dating George Weasley Would Include

Being a Badass and Dating Merlin Would Include

Loki Drabble: See Beneath Your Beautiful

Loki: Reading to You

Peter Maximoff: Favorite Things About One Another

Peter Maximoff: Driving Would Include

Dating Warren Worthington iii Would Include

steve: did it hurt -

steve: …you didn’t wait for the “when you fell from heaven” bit

A/N: Welcome to Chapter 3! I hope you all enjoy the story as well as the characters! Image is not my own. All rights go to the original creator.  Sorry this took so long to get out! I hope you enjoy reading it!

I slowly begin to wake and curl more into the couch. My body feels less heavy than it usually does, more alert. That alone has me feeling uneasy before I realize I’m on my couch… not my bed.

As a new writer, I am constantly looking for ideas or inspiration for things to write or just some questions to answer. I am yet to have any requests and I really want to know what you are interested in me writing/trying to write.

Anyways, I hope you guys will be more open with requesting now. I can’t promise that I will fulfil them all (since I am going back to school soon) but I can try my hardest!

Hiya, love! i hope you enjoy this, I had a lot of fun writing it  :)
Warnings: lil bit of angst, alcohol consumption

Summary: Bucky and Sam are working together with S.H.I.E.L.D. to help make the world a better place. One night they are working to stop a sex trafficking ring and they discover a woman with some abilities and a history they have to uncover together.

Note: The events of this story happen post Endgame. POV of story will switch between Bucky and reader and is noted at the start of each chapter. This will be at least a 20 part series.

A/N: ok, so here it is. My very first fic! I’m excited and I truly hope you all like it. Feedback is much appreciated and if you see anything I should add for my warnings, etc. please don’t hesitate to tell me.

A touch. It was always the feeling of gentle hands. A comforting glance that took the physical pain and mental anguish away. Unable to remember any features, the figure was just a ghostly memory. Like an Angel that guarded him though his darkest times. If he concentrated too hard to see any features, they would vanish. He wasn’t even sure if the person was actually real or some idea that his mind conjured up to find peace during his imprisonment.

Bucky blinked back into the present and looked over to the agent crouching next to him waiting expectantly. Realizing that he needed to answer, he responded: “No, let me check with him.”

The labyrinth of crates, machinery, and other oddities at the shipyard made for an elaborate game of nocturnal hide and seek. Working with an elite team of specially trained agents, Bucky could feel the calm before the thrill of the mission, an euphoria few could truly appreciate. Scanning around the corner of a particularly old and musty wooden crate, Bucky spoke smoothly into his comm. “How’s it looking up there, Bird Brain?”

While waiting for an answer, he took in the bright reflection of the light off the dampened wooden deck, slick from the fog that had rolled in about an hour ago.

“I count twenty on the ground. I see at least ten more on deck. Plus the two scouts on the towers,” Sam replied.

It had been several months of Sam and Bucky working jobs for S.H.I.E.L.D.. Doing their best to pick up the pieces left behind when the core of the Avengers had disbanded. Tony, Steve, and Nat all dead, Clint retired, Thor somewhere in space. Tonight was the culmination of several months’ worth of recon and hopefully an end to a particularly large trafficking ring. They were to intercept two shipping containers full of women before they were loaded onto a boat and taken away permanently. It was also another way Bucky could prove to himself and the world that he was capable of good, that he wasn’t the sum of the evil he had been consumed by for so many years. His attempt at redemption by saving others from wrongdoings and trying to make the world a better place.

Bucky knew it was a long and uneasy path and without his best friend, he struggled often to find the want and the will to do better, be better, as Steve would have wanted.

“The boat is almost docked and they’re starting to move. You ready?” Sam’s voice asked.

A quick glance around at the supporting ground team showed everyone in place, armed, and ready to take down the enemy. Even knowing his own weapons were always at the ready, Bucky couldn’t help but do a quick check, assuring himself that each was in its proper place. His SIG-Sauer on his left thigh holster, Skorpian attached to his back, Intra-TEC on his right thigh just above his Derringer. Of course he had several of his favorite knives sheathed and ready. Holding his Glock 19 up for a closer inspection, he allowed himself a smirk.

“Just waiting on you as usual,” Bucky quipped back.

“Alright then. On my mark,” Sam replied through the wind in his comm. In spite of his second verbal jab at Sam, there was little retaliation. It seemed that the moment Steve had bestowed his shield to Sam, his mindset was that of a leader and he especially tried to keep that persona in place in front of the agents. That’s not to say he didn’t try to annoy Bucky at every opportunity when it was just to the two of them or amongst close friends.

YALL… WHAT THE FUCK

Imagine waking up to this view😍