Bucky: “my memory is still a little hazy on some parts.”

Bucky: “It’s a work in progress kind of thing. The doctors say I just gotto be patient.”

Bucky: “I mean I can remember all my missions, but not what I had for breakfast today.”

Bucky: “Could be a trauma thing too they say, but you know all about that, so…”

Okay, so much going on here.

Mackie: leaning sideways, smiling, shakes his head going *this is an everyday thing for me. not surprises there*

Chris: Flustered, giggles like a school girl and sways in his seat. (I imagine the jellybeans dancing in his stomach) Very happy and excited that someone knows him this well. But also immediately tries to explain to the crowd that he is so much more of a disney nerd than they’re giving him credit for.

Sebastian- All bashful and proud that he is now officially the expert of ‘Know-Your-Chris-Evans-Facts’. Throws his head back and smiles like it was always the most obvious thing in the world. Promptly proceeds to do an impression of Sebastian- the crab 🦀 from Little Mermaid with perfect expression and hand gestures.

Justified confidence of 'I know you better than everyone else’ *check* ✔

I took a screenshot from the original video so you can notice all the details more clearly yourself. 'A picture is worth a thousand words’

Fanart for @lronhusbands fic Scrunch Me on Ao3

Bingo fill details below the cut

#my art, #Bucky Barnes, #winter soldier, #scrunchie
2 notes · See All
cinnamonspoon23Chat
Sharon: i gave you the key for emergencies.
Sam and Bucky plopping down on the couch: well, we had an emergency.
Sharon: oh yeah, what is it?
Bucky: we missed you.
#tfatws, #sharon carter, #sam wilson, #bucky barnes, #incorrect marvel quotes, #sambuckysharon, #cap trio, #my post, #source: tumblr
0 notes · See All
k347Text

You’ll feel right at place. Where you belong 😏

Oh this is so cute, the two of you on an old picnic rug, the Barnes’ special hot chocolate brewing on the stove and the both of you just completely content

Almost as soon as the shower started, Steve’s stomach grumbled. Nuzzling further into his nest, Steve tried to ignore his hunger. Hoping that his alpha’s scent could lull him into another nap. At least, until Bucky was done bathing and they could do something for dinner.

Okay, I’m back. Hopefully I’ll be able to be more active now.

I’m so far behind in reading SamBucky fics I’m genuinely shocked at myself.

“I think even with the first Captain America film you see how drawn he is to Peggy Carter…And I thought I put all that in the final scene, but maybe I didn’t. Maybe I was just gazing at Sebastian [Stan] too much.”

#evanstan, #stucky, #I mean nobody can argue his point, #Man knows what he is talking about, #Sebastian Stan isn't exactly hard on the eyes is he, #how can you 'not gaze' into the steel blue eyes that let you know where home is, #chris evans, #sebastian stan, #steve rogers, #bucky barnes, #marvel, #mcu, #rpf, #Captain America The First Avenger
24 notes · See All
loveforpreserumsteveText

It was the week before Halloween and the whole house felt like it was vibrating with so much excitement. Luke had been on cloud nine since the Homecoming Dance and the fact that Cassie had, in fact, agreed to dance with him. Sophia had gotten all the words correct on her spelling test. Ethan had lost his first tooth while Holly had gained another one.

Literally, this is my versión Stony about my Geraskier Edition 😅

Does anyone know if there’s any Post-Serum non-Captain America and Winter Solider Bucky fics?

Warning: best friend fluff, angst (too much to be healthy), language, asshole Steve Rogers(for the sake of the plot; you will actually hate him)

There is no other text to accompany it. No missed call. No sort of context. Annie wouldn’t be that concerned if she knew who the mysterious text was from.

“Have you seen the news?”

Annie looks up from her phone. It’s been twenty minutes since the message came through and she still hasn’t replied. Or called back. Hugo is looking back at her with an arched eyebrow, two disposable cups of coffee in his grasp.

“Earth to Annie Taylor.” Hugo waves her cup in front of her before placing it on her desk.

Apparently, by the look on his face, a lot. He grabs the nearest remote and turns on the closest tv, which happens to be right over their conjoined desks. It’s automatically on the news; something that is a must when you work at a newspaper.

Her cup of coffee falls from her hand. A ringing erupts in her ears. Hugo says something that’s too muffled for her to make out. She has to tear her sight away from the tv. It lands on her phone. Text message still on the screen.

There’s only one person who could possibly get access to her new number, when no one he knows has it. Tony.

Steve: hey Buck, what are you doing?

Soup and sandwiches for dinner. Playing animal crossing again and trying to be a positive flower 😅

What are y’all up to tonight?

Title: On a Mission

Summary: Bucky figures you out while the two of you are on a mission

You were so bored. The mission didn’t present much of a challenge, just watching and waiting. It didn’t help that you were with Bucky, the most attractive yet stone faced person you’d ever known. He wasn’t much of a talker, and you didn’t want to have a one sided conversation.

Instead, as you watched the target, you started imagining what it’d be like to have sex with Bucky. You wondered if it was true that the quiet ones were the freakiest. It seemed like Bucky would definitely fit that bill.

When you accidentally let out a small moan at the thought of Bucky running you for anyone else, he side eyed you. You tried a cough to hide your embarrassment, though it likely didn’t work.

“Are you okay there, doll?”

Those were the first words he spoke in hours, basically since the two of you arrived at the safe house. The roughness of Bucky’s voice certainly made you feel even more heated than you were before. And it seemed like Bucky could tell exactly what you were thinking.

Bucky looked at you like he knew you were lying. Of course, he most likely did- he did train Natasha, after all, and she could see through a lie before you even thought of one. Plus, those blue eyes of his were portals that could draw the truth from someone better than any truth serum most villains could concoct.

At least he didn’t ask further. You didn’t want to tell Bucky that you’d been daydreaming about having sex with him. At best, he’d chuckle a little and not speak of it again. At worst, Bucky would outright reject you and quite possibly break your heart.

It was a few hours later when Clint and Natasha came to relieve the two of you that Bucky spoke again.

“So, now that we can get a break from the mission, wanna do whatever it is you were thinking about earlier?”

Heat flushed through your entire body, partially embarrassment and the rest attraction. You couldn’t believe Bucky had figured out how you’d been feeling. Well, maybe you could, but you never thought he would want to act on it!

Bucky grinned. Holy crap, you thought he was cute before. Seeing Bucky smile put his handsomeness on a whole other level! Slowly, you nodded. With that granting of permission, Bucky pulled you close and kissed you.

Fierce and passionate. That’s how you would describe Bucky’s kiss. You couldn’t help but kiss him back, giving as good as you got.

When Bucky pulled back, you were panting with want. Before you could kiss him again, Bucky pulled you to the master bedroom of the safe house. He pulled your clothes off before sitting on the bed.

When you went to sit next to him, Bucky pulled you into his lap. You giggled as you situated yourself on his thigh. The denim covered muscle against your core felt almost too good. A moan similar to the one you let out hours earlier escaped you. Bucky grinned at this.

“Why don’t you ride my thigh? Sounds like you’d love that, doll.”

Immediately you started moving your hips. It felt so much better than anything you’d imagined. And then Bucky flexed his thigh. You almost came right then and there. It made you whine and whimper. Bucky grabbed your hips, helping you move on his thigh. 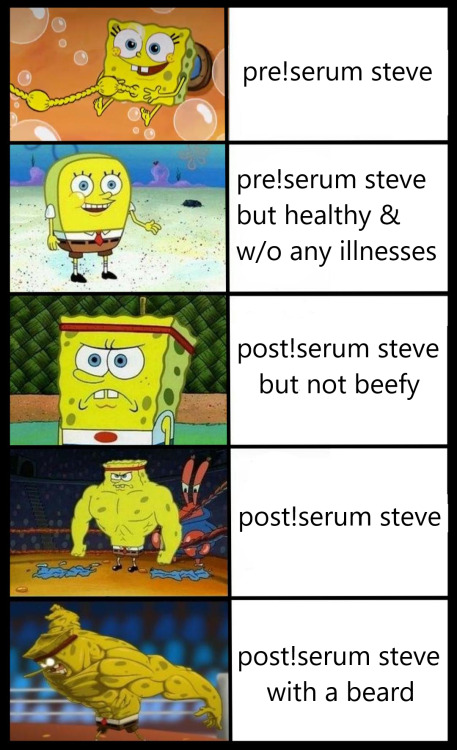 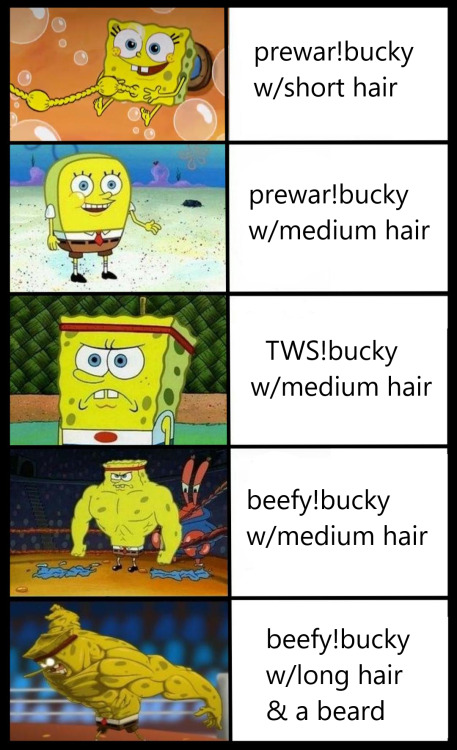 tumblr and twitter riding oscar isaac and sebastian stan’s dicks for the past couple years for “sticking it to disney” only to have them work with them again is really funny to me lol that’s capitalism for you baby!