More sticker friends cuz I can!

Since y’all liked my AroMANTIS so much, here’s a HerculACE beetle! Trying to keep the design centered while accounting for the length of the horn took some adjusting. Still not sure I entirely got it right, but whatever. XD

Like this piece? Want it on some merch? Order it now from my Redbubble shop, and it might even get to you in time for Ace Week next month! 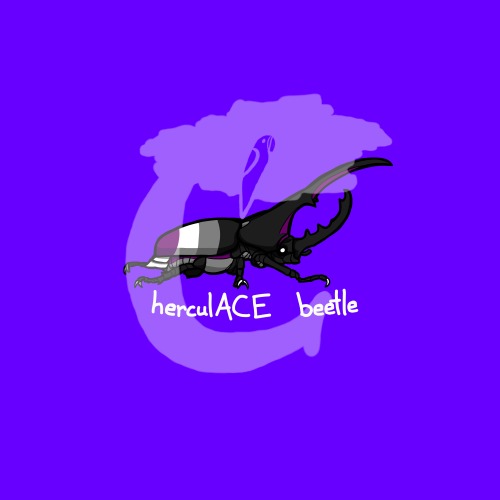 Another bug sketch of one of my favs 🌹

Guy with a bunny hat holding a rhino beetle

@br0flovski submitted: Very old drawing but I hope you like it! I was in the mood to draw cute things and I love bugs sooo… what’s cuter than a bug?!

Nothing is cuter than a bug!!! This is a wonderful beetle…10/10 would befriend him 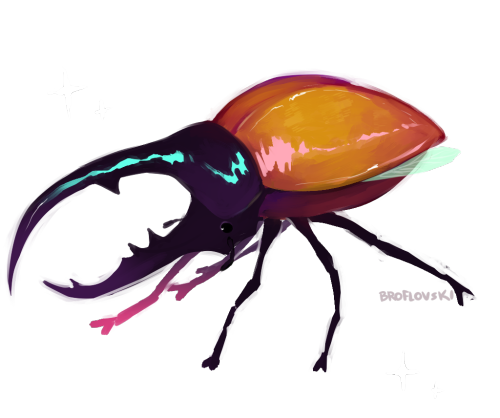 PS I dont know if you’ll want to post it : the pic shows me  more than the fly ! (sorry for my english !)

Of course I want to post it, that fly prop is A+++++, good job! And your English was perfect 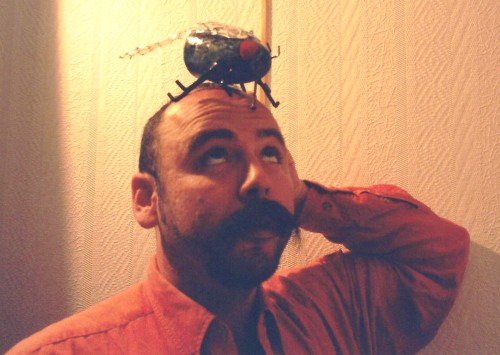 @moonchopsticks submitted: hello! i was feeling restless and sad so i speedpainted a giant isopod a while back. he’s a little wonky (and only kinda insect-adjacent, so no worries if u would not like to post) but he made me feel better :)

Hello!! Of course I will post it???????? Isopods are absolutely bugs and I love them. This is great, thank you for sharing! 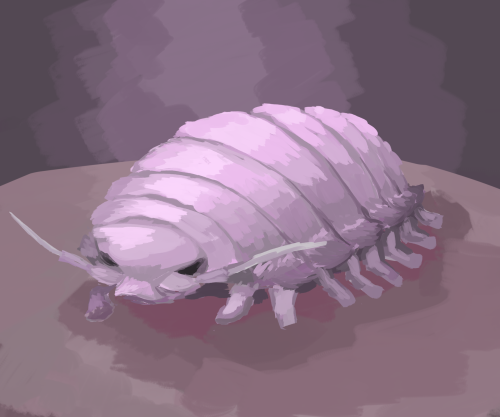 @ayapandagirl submitted: Some art I did of my pet jumper, Morrigan and the (blurry, sorry) photo that inspired it.

Morrigan!!!! Goodness I love her she is adorable and your art is wonderful, good job! Thank you for sharing :) 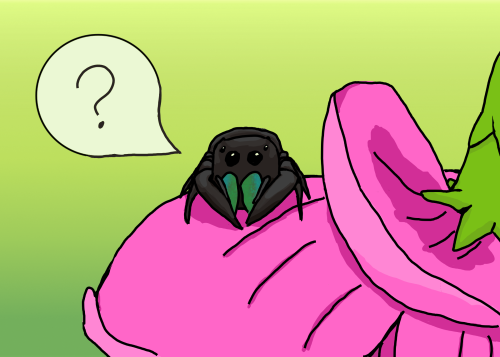 old beginnings of a webcomic i wanted to create. “our idiot” is named Lucas

hey renaissance bug why do you thrash so hard? 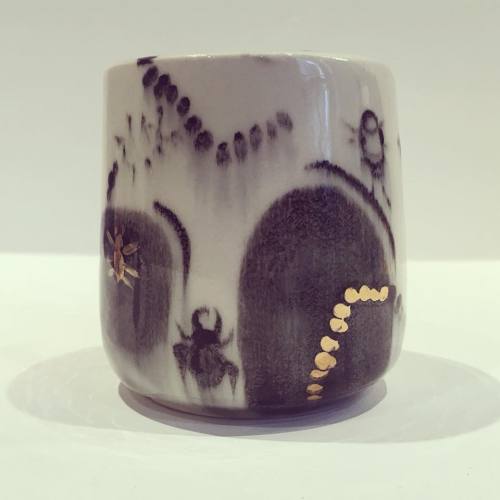 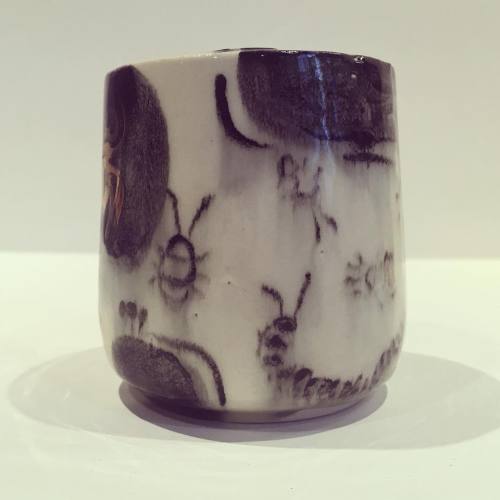 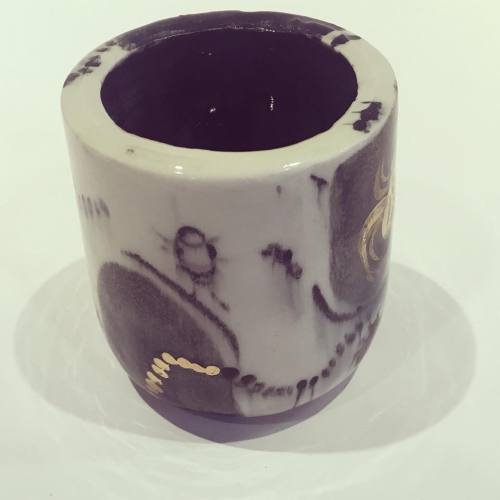 @cwumchwap​ submitted: Hi!! I bought this beetle necklace but unfortunately it doesn’t say what type it is and I’d like to learn more about it!! It’s green and iridescent if that helps, hope you’re having a good day!!

Hello! I’m afraid it’s really hard to see the detail on this and also I have no idea where the beetle came from. I can tell you it’s a scarab beetle, but there are a whole bunch of species that are green and iridescent. In fact there are about 30,000 scarab species worldwide. The overall shape makes me think it’s a dung beetle, but again, that includes thousands of species of scarab, and the shape just could be distortion from the resin. Cool necklace, though!

Some bugs I met recently, Polyphylla fullo and Orthetrum coerulescens, both done in gouache. 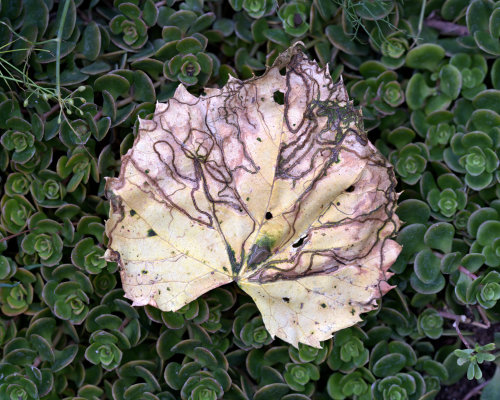 new icon! (two versions because i’m indecisive and i love them both) 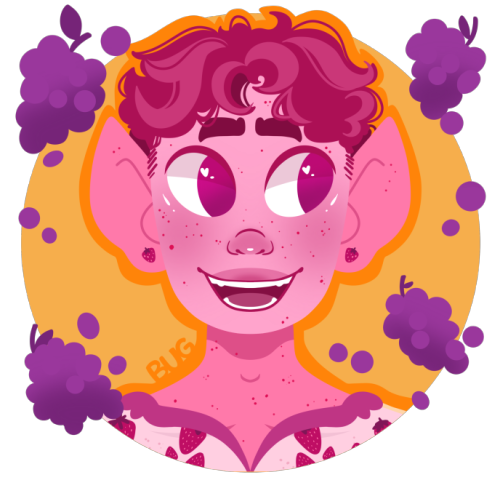 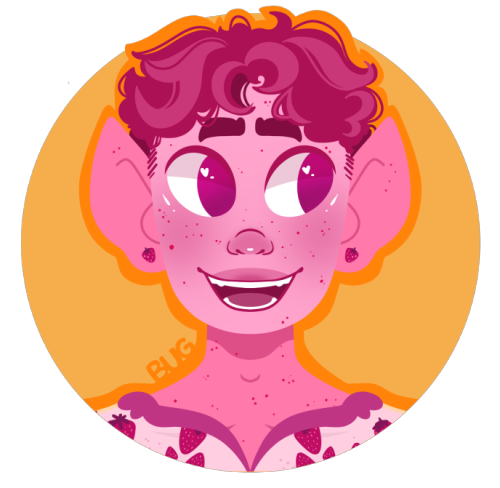 @nibby-the-bird​ submitted: I thought you of all bloggers might be pleased by my custom painted grasshopper denim jacket! It took so long but I’m really proud of it, I suppose it’s just a meadow grasshopper? Hopefully soon I’ll have a place to wear it :D

Oooooh I love it, great work! Dang now I’m sad I don’t have a jacket with a grasshopper on it…

Just some pill bugs, having a good time.

#bugblr, #insectblr, #artists on tumblr, #bug art, #isopods, #technically these are crustaceans but whatever
555 notes · See All
Next Page