i finished atla. disappointed that katara is treated like aang’s prize, and that zutara didn’t become an actual thing. anyways they’re canon, despite all that just cause i said so. and katara deserves better than to be treated like an object.

it’s that time of the night where i get just a lil emo about ella as a mother. how much she truly dotes on her children. in most verses, she is not able to have many children. her modern verse is really the only verse where she is able to bear more than two children, mostly due to modern medicine. but in more period relevant verses, she really struggles with her health.

#putting it under a cut just to be safe#but!#miscarriage /#infertility /#ask to tag /#i just think about how much ella longs to be a mother#and how GOOD of a mother she is#»»— headcanon.  𝘪'𝘮 𝘵𝘩𝘦 𝘣𝘦𝘭𝘭𝘦 𝘰𝘧 𝘵𝘩𝘦 𝘣𝘢𝘭𝘭 𝘪𝘯 𝘮𝘺 𝘰𝘸𝘯 𝘭𝘪𝘵𝘵𝘭𝘦 𝘤𝘰𝘳𝘯𝘦𝘳
2 notes
maskyartist
Answer

it definitely feels like wishful thinking in a way, but my god if thats how Roman gets back into then I’ll take what I can get u know?

i also think it would be angsty and emotional as hell for Neo. i can just imagine one day The Hound starts slowly drifting along beside her, following her around, keeping an eye on her. makes her uneasy until idk Cinder pulls some shit and it gets tense and she tries to lash out but The Hound jumps in front of Neo n just snarls.

its just a slow realization that makes Neo confused until whatever happened to Roman is revealed in full and she just looks at The Hound who stares back at her and she just cries.

so like tldr: i really don’t think its gonna happen, but it makes for an interesting AU idea!

#masky says#look there’s no way in hell RT would do something that interesting#in this show??? no way#but!#if it DID happen#i would happily admit I’m wrong
6 notes
daveedulce
Answer

The appreciation? Very real. <33 Thank u!

#just a quick sketch so they’re both missing so many features#but!#-ninjastorm#ask#my art#homestuck#bnha
13 notes
funnywings
Text

Jesse and Cesar invite Dean and Cas over to their homestead to hang out, and Dean falls off one of their horses while Cas has no problem riding bc of the whole ancient warrior adept at all forms of combat thing. Dean is so pissed.

#dean's horsegirl moment was wasted on cas unfortunately#so all horses hate him now#them's the rules#but!#upside is cas is a cowboy and dean is (unfortunately) into that#so dean get's a lot of mileage out of that save a horse saying#very fun to imagine cas being accidentally better at dean's fantasy professions than dean is
10 notes
marypickfords
Photo 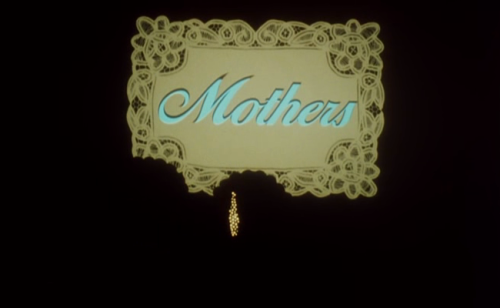 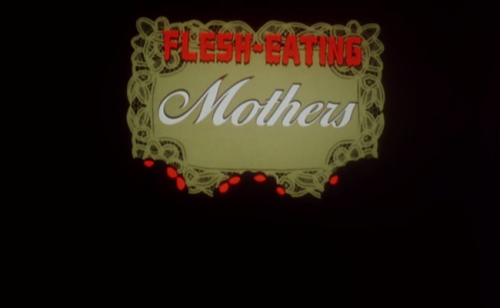 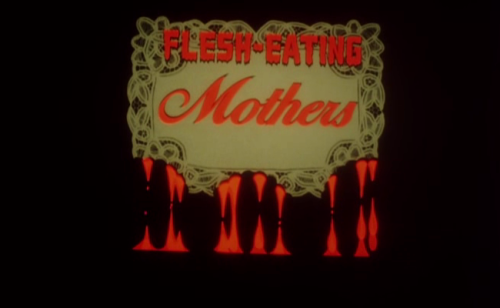 #flesh eating mothers#james aviles martin#horrorstills#horror#caps#my plan was doing a double feature of this and revenge of the stepford wives#but then a streamer i like started playing re7 and i had to stop#but!#this was so charming???#like there are several layerz that you can pick apart i mean just look at the premise alone#but i found it a very charming and genuinely fun movie i had a great time#not at all what i was expecting bc with a plot and a poster like that i just thought i was in for some whatever p/rn with some gore#i'll queue some posts see ya later <3
88 notes
jayswing101
Text

I made my own dentist appointment today. Someone give me a gold star

#its only a small appointment to reglue my permanent retainer#because part of the wire has come loose#and i cant remember if its at 12:10 or 12:30 because i was nervous and also didnt write it down#but!#i called the dentist all on my own and made an appointment like a real adult!
0 notes
wooreyoung
Answer

Just realized Adam Parrish is an only child 🤢

#actually it’s ok though becuase Gansey is his brother and obviously his parents should not have more children#but!#it does make sense#trc
1 notes
electricshoop
Text

my tip for if you ever have to frog back an entire row including two 54 sts sections where you’d done ssk: don’t.

#I did it!! I figured out doing it with a third very small needle is manageable!#but!#I would Not recommend it! zero out of ten!#op#knitting
17 notes
jungwooisms
Text

#portion of it was in the pre teaser teaser#but!#it's like maybe the first#1/5th of it :)
1 notes
transcasdean
Text

when i say i miss chuck, i mean i miss Chuck! mr carver edlund of supernatural novel series fame. he was so sexy!!!

#i hate#everything#how am i supposed to feel safe!#i trust mara to know what's going on#but!#i cannot escape the feeling that that woman is lying about who she really is and it makes me feel like im going insane#because if im wrong i sound like a paranoid motherfucker#and a huge asshole#but if im right#:)#(screaming internally)
3 notes
mistyskiesrambles
Text

My mom’s making a vision board and was like “yeah you guys [me and my sister] are going to be on it” and I was like? “What d’you want for us?” And she said “I want you guys to have good lives and good partners in the future” and im like :OOOOOOO

SHE SAID PARTNERS NOT HUSBANDS YAY!

#makes me happy cause used to only say husbands#and wed always be like not necessarily...#but!#partners!!!#:DDD#mistyskies useless rambles
5 notes
unenomainen
Text

#what the fuck#sure doesn't feel like it#bc last year was. you know.#but!#it has been a year and i'm proud of that
0 notes
tturing
Text

sorry I just. there are people out there who watch riverdale and enjoy it. maybe even have blogs about it

#like genuinely?#i understand hate watching it#ironically#but my god!!!!!!!#i have no room to talk because im watching this for the fake little nephilim boy that i love.#but!#man#riverdale watchthrough#1x02
1 notes
juniperspolyphony
Text

I’m definitely getting my bad therapy karma back in spades w my new therapist… she’s great. absolutely merciless with the zero tolerance to anorexia bullshit but v sensitive and understanding as well

#blogging??#it SHOULDN'T be the first time ive been therapized considering how many treatments I've been forced into#but!
0 notes
the-darkdragonfly
Photo

Cannon Divergent - Season 3 finale. So many feels. Emma & Killian are trapped in the past, unable to get back to the future; will they be able to find a home with each other?

A tale of a broken wand, a far away land, and two lost souls destined to find a home with each other ❤️

For centuries, Killian’s life had been defined by the wind.

He had been able to sense the change in it; standing at the helm, calloused palm tight on the smooth wood of the Jolly’s wheel. The barest hint of change against his face. The slight ruffling of his hair. The tug on the sails. The way the bell tolled as the waves became more frantic. The pull of his coat across his shoulders as he held the ship steady through the swells.

He had lived several lifetimes in service to the wind.

So when the nip of winter had tugged on his coat one morning as he walked to the warehouse to meet Alec, Emma bundled up by his side, her hands resting on his sleeve, he knew they had a matter of days, two weeks at most, before the fury of winter beset them.

They had needed a source of income; even with the many gold and silver coins he still had remaining on his person, time seemed to be less and less on their side. The simple set of rooms they rented was not a long term solution, and the small dark alleyways surrounding them now set his teeth on edge more than they had before. They couldn’t stay here, but he was hesitant to suggest another arrangement, loath to propose they find somewhere to stay for the winter, even as the finality of the season crept up on them.

He could feel the change in the bracing bite in the air and see the telltale signs of early frost on the panes of glass in the morning.

He had spent so long avoiding the winter. His Jolly had hated the cold. Her rigging weighted down with ice, decks slicked with chill and snow. They had sailed once through a blizzard in Arendelle, a time he would never forget. He had stood at the helm, body thrown into the angry swells that rolled and pitched the Jolly like a toy on a roughened millpond. He had shouted orders to his crew, voice half lost in the commotion of snapping sails and howling winds; the crew was shivering and frantic with hammers in hand as they knocked the ice loose from their ship.

They had made it through the icy tempest and he had sworn to never go back into a place of cold and snow. To never feel again like that young boy, huddled against the wall of a bunk, scared and cold and oh so alone. Winter reminded him of his father. Of being powerless, scared and hungry as Liam did his best to be brave for them both. 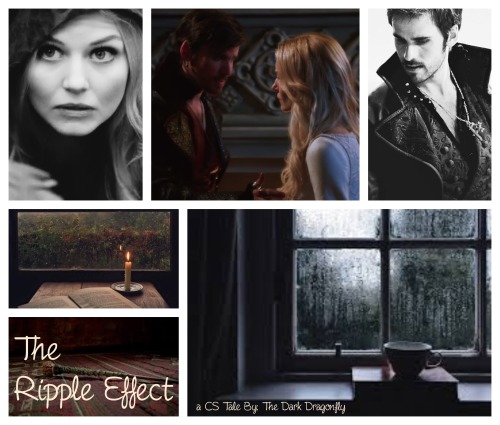 this cb fed me so well. i didnt buy any albums bc i got burned last time i did and im highkey an akgae ♡ but i did buy his pc that i wanted from ebay hehe

#ill probably buy the albums later im just low on money rn#but!#still getting the signed one so im 🥰🥰🥰
2 notes