Trending Blogs
#but i won't for this one
pixiis-blogText

#Y'know, #I love learning that I won't get a stimulus check, #from this whole ordeal that went down, #simply because, #1. I am working, #and, #2. I am a college student, #and 3. I live with my parents right now, #which means, #I don't get shit, #I can't replace my ratty clothes that desperately need to be put out of their misery, #I can't get work shoes, #I can't even help support my local economy, #so fuck me I guess, #if someone comes in here and gets all political, #one way or the other, #I stg I will block you, #just let me vent, #vent, #pixii speaks
0 notes · See All
verseziamText

#if zayn won't be joining they shouldn't even have it, #i know a lot of ppl probably don't agree but, #zayn WAS apart of the band, #so i s2g if they have a ot4 reunion im throwing hands, #ot4 is not one direction, #ot5 is
15 notes · See All
vaaloirrText

i gave up on the name, i couldn’t think of anything better asdflknj
aaaaand here we go asdlfkjn-

finally! a sort of first chapter to Scintillam! of course, this one will be focusing on Leona and Artemis going about a little adventure, as they are our heroines :V
nothing tooooo crazy in this one? just smth to get y’all acquainted with them and their little world :V

it’s not too terribly long, but… i mean, nothing i write ever is
feel free to let me know if there’s any grammatical errors and such, i don’t rlly read over my stuff much, bc if i do, i might never post it h-
anyway, here u go-

#Valerie Writes, #Scintillam, #Leona, #Artemis, #there we goooo..., #first chapter! first drabble! first whatever! yay!, #i dunno how long it's gonna be until the next one; but asdlkfjn-, #also! these will not be in like. chronological order., #i'll put them in chronological order on the masterpost, #but i won't write them as such asdfkljn, #so... keep that in mind, #anyway!, #i hope y'all enjoy reading this ^^, #and reborks are appreciated; if ur feelin' so inclined-
2 notes · See All
cuddlypoodlePhoto

Should I get over it. Yeah Probably 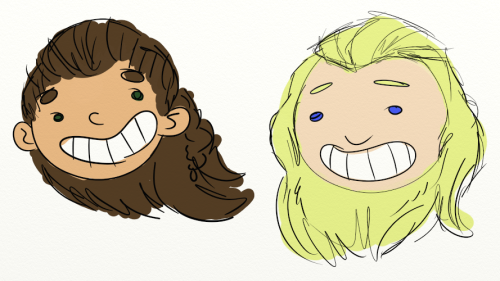 #but i won't, #I'm gonna be shipping clexa from the grave, #maybe one day they'll remake it and do it right, #clexa, #the goat of ships, #I draw sometimes
0 notes · See All
axellesanblogPhoto 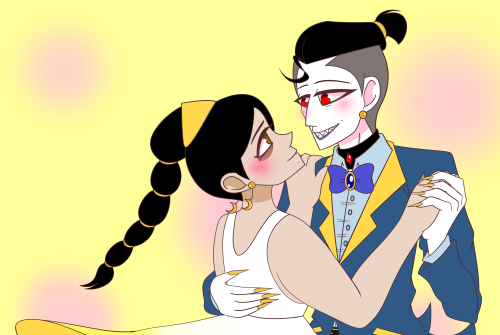 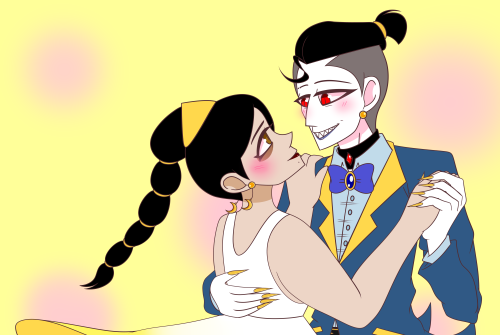 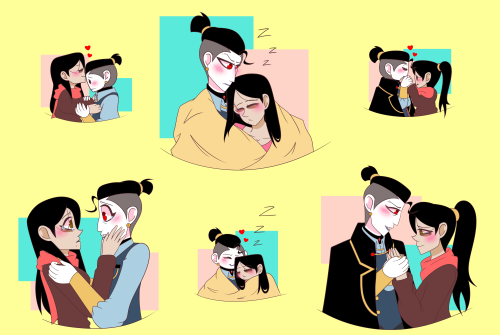 #my art, #valiant soul, #valiant souls, #sally, #apep, #demon, #oc, #sapep, #ship, #doodle, #practice, #sketch, #it's been like more than a week since i post something there god, #my bad i'll try to be more active but i won't promise it, #also i'm back for my lil babies <333, #i'm lazy sorry i didn't do a lot of shading god, #also ye two version of the first one cuz sally with make up is hella cute y'all, #aight that enough from me bye bye
25 notes · See All
justiceforalluraAnswer
im sort of liveblogging my thoughts on vlr- I really liked the part you put in about hunk being apprehensive for having a gun. It totally fits with his character, also, a lot of people irl are apprehensive abt guns bc.. america is insane so i'm glad you put in that realism if that makes sense? also the "fuck tradition you are swag" from allura made me snort

Shiro & Keith can only fight one person at a time; Pidge’s weapon tasers people; Lance also has a gun, and a rifle is plenty dangerous, but he can only shoot one person at a time. And then Hunk is over here with a CANNON which is capable of LARGE bursts of fire that can hit MULTIPLE targets at once. Hunk is pretty much a walking tank. And I thought that was interesting, as Large Destruction is the total opposite of Hunk’s personality.

I forgot to add this to my draft, but the scene ends with Allura telling Hunk that he can leave the Bayard in the armory if he wants, and that no one will ever force him to use it. But she also warns/apologizes for the fact that Voltron itself is a weapon, and not an idle one.

In the end, Hunk takes the Bayard back. He doesn’t want to. Doing so feels like tacit agreement to everything else.

Hunk is a Paladin of Voltron. He doesn’t really know what that means yet. Right now, he’s just trying to make choices he can live with.

#There really isn't a right answer :/, #Hunk chooses to carry his Bayard and he tells himself he won't use it, #but he knows that the choice ultimately isn't up to him, #I've always just thought it interesting that Allura talks about Altea being a planet of diplomats, #when in reality Altea always had Voltron which is like. a billion nukes in one., #alteans: we r friendly ^_^ *voltron looms behind them*, #also funny story i'm a moron, #because yeah this scene is definitely influenced by my own opinion on guns bc america is nuts, #but it wasn't until after i started writing this scene, #that i realized i was making the only two black characters talk abt it, #and i was like .......................... huh., #ask, #v:lr, #Anonymous
30 notes · See All
shark-eyed-shinobiAnswer
Ay not really an ask just a small message. It’s refreshing seeing ur reblogs of more reasonable views of the current state of the world. Ty for not being afraid to post it

oh, not a problem and thank you as well. I try to keep a balanced mindset about things. ^^

#tbh only God knows what's really gonna happen, #so I won't be shaken by the media in one direction or another, #as long as we practice good hygiene + careful distancing then that's all we can do, #the rest is up to Him, #Anonymous
1 notes · See All
dcpravedText

To make my wallet bleed even more I decided to sew Anastasia’s dress and it’s gonna be so great!

#cons get cancelled but that won't stop me from sewing cosplays, #and anastasia will the one of the two huge things I'm gonna sew this year, #because I love sewing big dresses but I also love pain, #❊ • ☽||::. ooc
0 notes · See All
technicolouretrogradeText

#i know it's not a big deal but. meh., #it was something i put a lot of love in to, #because i'd stopped making art and was really unhappy with my writing at the time, #and it's been something that's calmed me a lot, #when my anxiety has been really bad or i've been sick, #and i won't be able to paint another one in the new flat, #idk. i'm just gonna leave the moving stuff for today, #come back to it tomorrow with a better outlook
1 notes · See All
asrasseoyoText

I can’t stop listening to it

Thank you Tyler Joseph you coward🤙

Holy shit this is superior

I can’t not listen to it

Too much to think about

#Level of concern, #twenty one pilots, #tyler Joseph, #its gonna be ok, #IT'S SO GOOD, #I won't be talking about anything else for the next
2 notes · See All
lovestillaroundText

now that people are making those quizzes, can i request a “which person from bon appetit test kitchen do you kin with?”

#i won't make one cause i don't have enough knowledge about them, #and also i know who i'm most similar to so idk what i need this quiz for but i need it okay
1 notes · See All
btsaudgeText

#if i have to change the settings or repost the link for one more zoom meeting...., #i don't know what will happen but it won't be good
3 notes · See All
erens-petsText

#it's a lot of money that I don't have, #I mean the ty kacheek is cheap but, #you gotta buy the PB for a mara shoy and the MP for a fae xwee, #and no one is selling a fae xwee MP, #me?  planning to have more pets that I probably won't finish a character for?, #it's more likely than you think, #neopets, #neo, #neotag, #personal, #erens-pets
0 notes · See All
salvatcrechildText

“you know, there’s nothing stopping you from kissing me. i’m certainly not.” parker replied with a smile, before he was moving closer to the other, before he was pressing his lips against jacob’s in a soft, sweet kiss.

Artist: Andrew McMahon in the Wilderness

My Thoughts: So, I honestly had no idea who this was or what type of music it was going to be, but I ended up really enjoying it. It’s got a really relaxed Indie feel to it and reminds me of some of the music I listened to with my mum as a child.

Thank you to the anon who recommended it!

send me an album?

#em's quarantime albums, #andrew mcmahon in the wilderness, #upside down flowers, #music, #indie, #send me an album i won't enjoy challenge, #this one was late i know
0 notes · See All
lwoorlText

#if someone ever asks me why my comments in ao3 are filled to the brim with emojis, #I lived in the magical time of one year ago when ao3 wasn't compatible with emojis, #do you know how much I've waited for the power of putting a 💕 in the comment section, #you cowards you fools, #why won't you appreciate what you've been given, #clowns all of you absolute clowns
1 notes · See All
honeybucksText

#hands are shaky and all motivation has vanished, #this is Not Good, #i can't be having another episode again, #i actually have shit i need to do but judging from how tonight is going it probably won't get done, #christ. i just want to have one good day, #@universe i'm TIRED of this, #deleting later, #shut up dana, #honestly thinking of disappearing for a while, #maybe it'll be for the better, #sorry for all the negativity lately
3 notes · See All
matthewtkafuckText

hey everyone, sorry for not being active as much. as you can probably tell, im super busy because of work and im also finishing up school. but the good news is that my job is officially permanent (and its in my field!! super thankful they hired me before graduating). the even better news is that i can fail every assignment and test i have left to do and still pass all my classes (and uuhh get a degree)!!!!!!!!!!!!!!!!!

#i won't fail anything im still gonna try my best, #but its so nice to know that im finally at the end, #in one week i will be finished with school forever, #god bless, #shut up jas
19 notes · See All
jewishteiflingText

can somebody make a which broken earth character are you quiz