The year is 2069 and you’re watching your grand kids draw in your cottage, only to your horror they draw just like the Butch Hartman incarnate

[ context: this is my status ]

there are so many reasons i dont like him but just,,, look at his try guys drawing

Then I find that he also unapologetically traces and steals fan art so then I’m like “he’s an asshole but at least he’s not bigoted right??”

NOPE apparently he’s neck deep in crazy christen juice so gays are a big no-no and trans people??? Forget about it so I’m defeated like I wanted to like you dude I like Danny Phantom and I love that I can look at it and pretend I get some proper representation but Butch Hartman is solidly going in the list of authors/creators who just fuckin suck

I redrew one of BUTCH’s artworks in my own style. What do you guys think?⭐️⭐️⭐️

J.K. Rowling and Butch Hartman are the exact same person but some of you all aren’t ready for that take

Are my commissions worth 200 dollars yet? 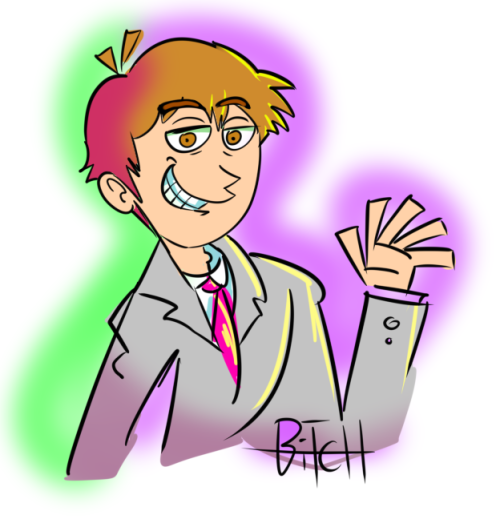 I didn’t even realize Butch Hartman did something recently, I thought people were just dunking on him because he’s consistently terrible.

it’s so funny that butch hartman accidentally made the main characters on 2 out of 3 of his shows trans guys. fuck it, dudley puppy is also a trans guy

DEADASS!!! Hes traced other commissions, one of a redhead anime character whos name i cant remember and an invader zim one, people commission him so he draws in the “iconic” FOP/DP art style and he just traces LOL . AND YES he does also think you can “pray away” autism and hes launched kickstarters that have flopped. iirc he did one for like a streaming service? and didnt say until it was like ¾ the way funded its a Christian service. god i could be wrong im just going off what i vaguely remember LOL

While where on the subject of Butch Hartman tracing something badly…

Bitch Hartman: I made your childhood!

my best attempt at a summary: When Danny half-died in the portal accident, he left behind his old body. Scared his parents would find it, he dumped it in the ghost zone, only for it to be returned to him later, leading to misunderstandings with the police

this man cannot be real

You know, as frustrating as art105 is for me… I’m still fucking better than Butch Hartman.