noora, @dontneedmyheart (typed iamnotbeingsarcastic and got confused bc i couldn’t find you) and amber @loveloveolivia tagged me to post the definition of my name on urban dictionary and a selfie. tbh i was surprised to find my full name on it, but the definition…… yikes

i’m gonna tag @alicedoesntsharefood , @aurrorpotter (i’m not letting you get away, i expect every one of these challenges to be done. whenever) , @fannypakc and @flowerforaheart 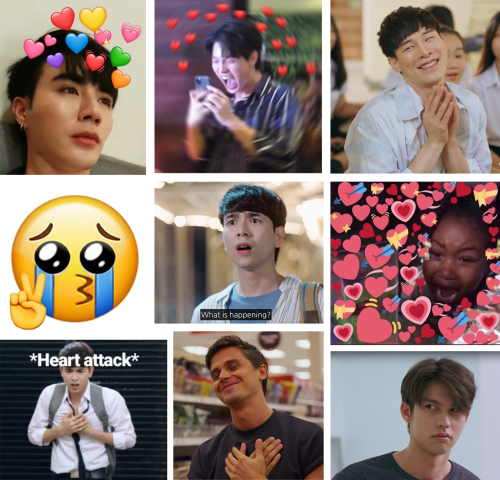 sex scene??? if you’re talking about the snippet from Club Sapan Fine then,,,,- I have no idea whats happening bc I didn’t see the full ep but….. looks wild lmao.

should i change my username? 🧐🧐🧐

#i want sth new lol, #idk, #will my posts remain?, #will ppl still be able to find me?, #a lot to think about, #doreen speaks, #bye
3 notes · See All
ohbabycupcakesAnswer
How did Tine take a shower and not wash his hair?

he…… prolly didn’t want his braincell to get wet??? idk dkjfd

#Anonymous, #anon, #ask, #answered, #doreen answers stuff, #ask me things!, #2Gether, #2Gether The Series, #เพราะเราคู่กัน, #gmmtv, #thai drama, #bl drama, #Bright Vachirawit, #Win Metawin, #brightwin, #winbright, #TineSarawat, #MinPhukong, #bye
17 notes · See All
capariusAnswer
The whole bit about tolerating delays and being constructive in Louis’ chart I’m SCREAMING it is so appropriate to the situation he’s in right now. I suspect he’s trying to hard to stay constructive and productive because that’s how he stays sane when delays and issues happen. (Also agree with what you’re hoping the meetings with females are)

(different anon but i wanted to answer these together)

louis anon yes he tends to like close in on himself and focus on work work work when hes stressed - tho there is alot of positivity in his chart and for harry exactly, its hard for me to believe him when he said the same shit for hs1 lol i think all the boys struggled with finding their sounds and i think people really think harry always had it easy but i think because with how hard they pushed him to be the “next” mick or bowie that he felt even more pressure to be this perfect successful artist, i think people dont give harry enough credit

#stupid, #bye
0 notes · See All
ohbabycupcakesAnswer
this What the Duck clip, like what season/ep is it on.... you know for comparisons sake?

jdhkajsd I assume you mean that scene?? Episode 5, minute 10 lmao

#where is this coming from lmao, #anyway go nuts lol, #Anonymous, #anon, #ask, #answered, #doreen answers stuff, #ask me things!, #what the duck, #thai drama, #bl drama, #did i just spend 30 mins hunting down a s** scene? no, #bye
5 notes · See All
floralcrownrhettText

#Thirst, #Yes, #Bye
8 notes · See All
ohbabycupcakesAnswer
pretty sure that was the last kiss we're getting from sarawat and tine (bright said that they kiss twice). this frustrates me not cause i want to see them kiss but i was kinda hoping tine would instigate one or that at least we'd see one that's not a non-consensual panic kiss from sarawat. plus there is so much emotion that can be conveyed with a kiss, could've added some spice to it even if it's just one, it's a shame but gmmtv i guess. your gifs are pretty!

oh I actually think Bright was just talking about the first kiss scene when he said they kissed twice. I know they only kissed once in that scene but I can imagine they maybe cut the second one. Because so far they’ve already kissed 3 times, not 2, so it wouldn’t make sense if he was talking about the entire show.

And also tbh it would be a little strange if they kissed 3 times in the first half of the show and then not at all in the second half lol. Especially with Sarawat being so offensive and forward with his approaches lol.

And I totally agree, a kiss is very important and even though so far the ones they had haven’t been mutual, I’m sure we’ll get at least one real one before the show ends 😉

ohhh anon you know it!!!!! Sarawat already ascends when Tine just smiles at him, what do you think will happen when he actually starts flirting with him??? Pray for my emo son’s heart bc it will combust for sure.

#✯ ❝ mare mortuos ❞ [ ooc ], #zagubionywilk, #this will be my first and final contribution to the witcher fandom, #bye
4 notes · See All
wizzardhowlText

some days i just want fanfiction that’s unapologetically cheesy and straight to the point, where bad things happen and get fixed in within a chapter, where characters fall in profound love with each other because of a single line of dialogue. i want the love at first sight and the oh there’s only bed. i want that perfect world where cliches can be found around every corner, where every character is a trope and they own it.

and some days i want presumptuous fanfiction, the kind that tries too hard not to be anything you expect to be. it doesn’t matter if it nails it, or if it completely misses its cue, that’s irrelevant. i want pompous, elegant words i have to google the meaning of, i want those long descriptions that leave nothing to the imagination. i want the slow burn, the complexity of a story that isn’t as convoluted as it wants to be. i want the 20k+ stories that have you on the edge the entire time, the eternal ride you feel drawn to.

some days i want fluff, some days i want smut. but i always want fanfiction, of every flavor and color. i will always want to read what you write, and if it isn’t me, then someone else will. don’t ever feel discouraged about your writing. i can’t count how many times i was comforted by a story in my life so far, by a sweet drabble, a long one shot, a quick smut, a silly AU that i’ve read a thousands times before but still makes my face hurt of how much i smile. the oh of a character falling in love, the yeah’s, the fleeting smiles, the breaths that they didn’t know they were holding, all those overused expressions, the last minute encounters, the miscommunications that leads to a confession, all the exploded plot devices… they’re all great in the end. they make you smile, roll your eyes and keep reading. it’s been a part of fanfiction since forever, as we know it. it’s comfortable and it’s fun and we all enjoy it.

TLDR: all forms of fanfiction are wonderful and writers shouldn’t feel ashamed of their stories simply because it’s not everyone’s cup of tea. keep writing y'all, we would be lost without you <3

#i shouldn't have to disclose this but, #OF COURSE, #you shouldn't write r*pe p*edophilia inc*st and all that nasty shit, #bc it's disgusting, #that's not what this is about, #fanfiction, #fanfiction positivity, #writers, #fanfics, #fan fics, #fanfic writers, #fic writers, #idk what to tag, #positivity, #in general, #bye, #long post, #things penny says
6 notes · See All
starry-eyed-sunflowerText

you’re the first golden ray of sunrise in my morning

#just thinkin about my japanese sweetheart, #ugh, #fuck, #guilty pleasure, #i adore and hate u, #bye
0 notes · See All
ericashawneText

I am very very sick of religious cults trying to recruit me. And I’m not talking about just regular old church people asking me to go to their church because friend, I would gladly go to your church one Sunday instead of mine. BUT I”M TALKING ABOUT RELIGIOUS CULTS!!! Mind you they claim to be regular degular Christians (Btw I am not a Christian at all, I just like to listen to what they have to say) but they actually are kind of insane. First off you have Leanna, some white girl I met at school. I was minding my business and she was like “blah blah blah do you want to sit down and read the Bible with me?” and me, being me, I was like “Sure!”. This continued but she wanted to read and “explain” the Bible to me almost everyday and I was like we can only do this on days I go to school cause I live too far (*absolute bs truth). So finally one day, she’s like “Hey visit my church, we even have a Nigerian girl in our congregation blah blah blah, she’s cooking for us and everything!”. And over here like:

You had me at cooking. BUT my very cautious mother advised me and told me to look up the address on google maps. I looked it up on Google Maps and turns out this church was no church, it was a suburban home in a empty culd-de-sac, and you may be like “what’s so wrong with that??”, the problem is that she is crazy.

She previously informed me that there were many many people in her congregation….so how did all of these people fit into this suburban home for church???
And let’s not mention the fact that I lied, yes, I’m sorry Leanna, but I lied to her and told her my phone was broken and she POPS UP AT MY JOB!!! I TOLD HER I WORKED AT TARGET, I GAVE HER NO TIMES, NO SHIFTS, I SERIOUSLY DON’T BELIEVE I TOLD HER WHICH ONE BUT SHE FOUND ME!!!

Then there was this other girl who offered to pray for me at my job and we kindly exchanged information cause, you know the rona is going around I could use some people to pray around me. This girl, not as crazy as Leanna but just about! For the past week, I’ve been tuning into her church’s Zoom and phone conferences and I like what her elder or lady pastor has to say cause she speaks facts about actually society and mad conspiracy theories, it’s the best experience I have ever had in a religious environment. But tonight, little ole Mari (that’s the girl) basically begged for me to say a prayer on the prayer line cause the line was open to anyone who had anything on their heart and I respected that but Mari was real adamant about me doing this but I refused. Then the call ended and I told her I had anxiety (which to a certain extent I do, but I am an extrovert). So she took it upon herself to try and force me into praying with her and sending a voice message or whatever with my prayer and ish.

Because you think it’s God’s will, now I want to do it even less, because if it was his will, I would be doing it, correct? But I’m not, you thought.

I am officially warding off all religions for a little while because if I was to be a full on Christian, I would go to a basic church and listen to the word of God without having to do all this extra stuff with all these other people I do not want to.