Y’all wanna see a power couple???? Rough sketch of Adrien and Madeleine Dubois. The outfits suggest it’s at some very nice society event in Pennsylvania. In the book there’s a brief bit where Madeleine tells a story about having to leave a party to amputate a soldier’s leg, and she doesn’t have time to change, so just gets to work in her best ball gown. I like to imagine this is that night.

My faceclaim for Adrien is John Boyega. And Madeleine - I actually drew her BEFORE someone suggested Tessa Thompson, but I think she has a bit of her in her face anyway?? Anyway one day I’ll give this the full treatment and colour it and do a fancy background or smth but I’m in a sketching mood tonight in case that wasn’t already clear lmao. 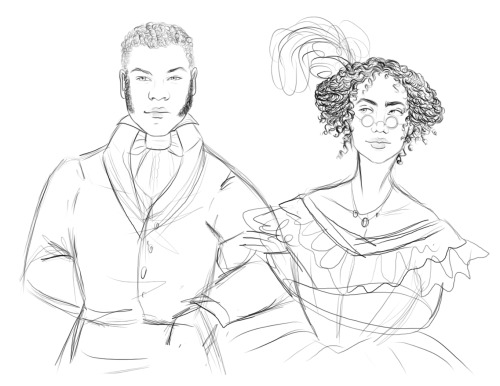 (Yes, she’s meant to look more devious that she is, I wanted it to look like some slanderous art from a gossip pamphlet) 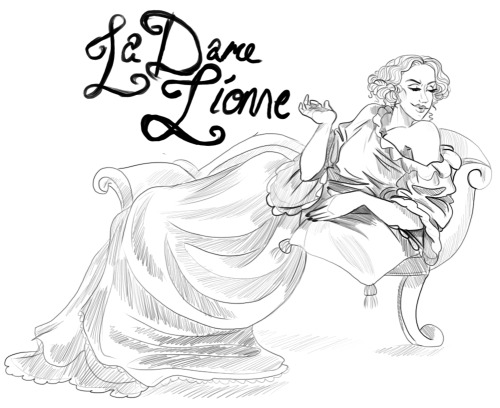 LOOK AT MY BEAUTIFUL BOY

Oh SHIT y’know what I think you’re onto something here????

I CAN ACCEPT THIS HAPPILY

#OCs, #CaL, #Chasing a Legacy, #just stick some of those stupid looking victorian spectacles on her lmao, #Anonymous
19 notes · See All
enjolorasText

I need to find a faceclaim for Madeleine y’all this is killing me.

#OCs, #CaL
12 notes · See All
tremainetribunalAnswer
Gossip princesses: who do you predict will go to the dance together

I mean, this goes against everything we stand for because all the boys should be going with us but here at Tremaine Tribunal, we give the people what they want. Even stupid people.

Start with the people already going together:

Now for the fun part:

Maui- Way too sexy and hot for any of this

Absolutely no clue. Though Fabien overthinks many things I think with names it was literally a case of ‘That sounds nice, I guess?’. He’s not very creative with naming.

‘Chasing a Legacy’ is officially (providing my laptop doesn’t explode or anything like that…) going to be available for purchase in eBook, paperback and hardback format on May 2nd, 2020.

(Art for the hardback by the amazing Emily Hancock) 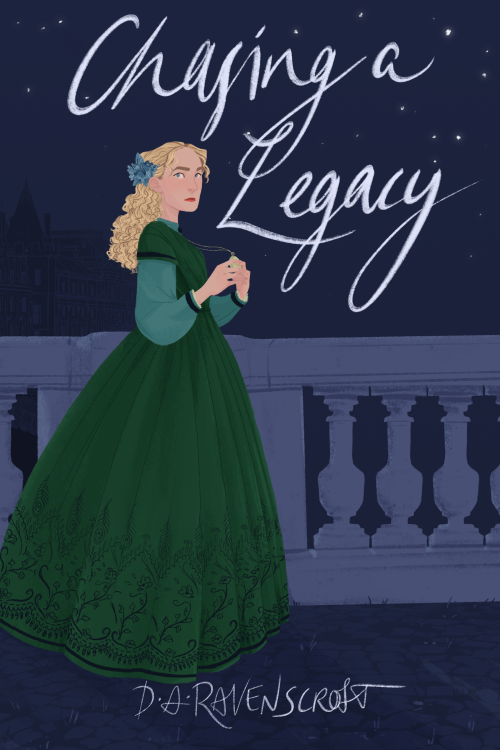 #Chasing a Legacy, #CaL, #historical fiction, #LGBTQ fiction, #queer fiction, #les mis, #technically anyway
77 notes · See All
enjolorasAnswer
Does Georgette ever have kittens (everyone loves this cat by the way) if she does what happens to them

She does, once! Fabien and Camille give most of them to the neighbour kids on the Rue des Rosiers but Camille lowkey falls in love with one, so they keep it. I’m not sure what they name it but it’s something ridiculous. Fabien probably starts calling it Napoleon to piss off Camille and it sticks.

Georgette decided he would be a good member of household staff. She came into his apartment through an open window; he came home from work one day to find her just chilling out in his kitchenette licking his butter, looking pathetic and starved. He gave her some fish and let her stay the night. Tossed her back out the next day. Came home from work again and she was in the lobby, meowing to come back in. Eventually he relented, and she never left.

#chasing a legacy spoilers, #chasing a legacy, #CaL, #OCs, #tagging Georgette as an OC is hilarious to me fyi
18 notes · See All
enjolorasAnswer
Does Fabien have his own horse? :O

Alas, he does not. Not in Paris, anyway. His family in Rouen isn’t hugely wealthy, but comfortably middle-class enough that he may have had one growing up, stabled just out of Rouen. Though his family shop and home was in the city, I feel like they had a small house in the countryside or near the Normandy coast where they spent a lot of the summer, so he may have had one there. Fabien’s childhood was spent with his parents going ‘we love you no matter what, go do whatever you like 😊😊😊’ so he would probably disappear into the countryside for hours at a time with no chaperone and maybe a pistol for protection and target practice 😂 teenage Fabien was WILD lemme tell you. Shooting targets, riding astride by himself, and shagging baker’s boys and grooms. Good for him.

Fabien actually doesn’t have any real artistic talent - he enjoys viewing art, opera, ballet, literature etc, but doesn’t really have a creative bone in his body. (If anyone makes a joke about Camille here I will have you prosecuted)

Fabien’s hobbies are actually mostly athletic! He’s an excellent horseman, and a sharpshooter. I feel like he’d also be a pretty good fencer, which would be entertaining as Camille is atrocious with his footwork; Marianne V Fabien would be an epic match. He’s also a very good dancer.

#chasing a legacy spoilers, #chasing a legacy, #CaL, #OCs
42 notes · See All
enjolorasAnswer
I'm curious, why didn't Camille just claim that Laurent was his and Jeanne's child so as to avoid illegitimacy for him? Just do sort of the same thing he did with Jeanne/Theo's child?

1) Jeanne actually became pregnant with her and Théo’s second shortly after Fabien did - meaning Laurent would be like 2 months old when her baby was born, making it basically impossible unless they somehow passed them off as twins, which is highly unlikely - there’s a considerable difference between a 2-3 month old baby and a newborn.

2) Fabien! Fabien wouldn’t want that. He doesn’t dislike Jeanne, but he’s not, like, besties with her, and he doesn’t want her claiming his child as hers. In a world where everything was totally 100% accepted Fabien would be very proud to announce to the world that Laurent is HIS son and isn’t he perfect??? So the most he could do was claim to be Laurent’s uncle - which also covers the fact that the kid looks a LOT like Fabien. Laurent officially being Fabien’s nephew and Camille’s son was the closest they could come to both having equal stakes as his parents. Basically, tldr: Fabien was like ‘nuh-uh, that’s MY baby!’

ive only had 445 calories today and im so happy, i hope my parents won’t notice

#anorecyx, #anorexx, #anorecksia, #anorexik, #not pro just using tags, #cal, #calories, #fasting
2 notes · See All
enjolorasAnswer
On the back of the cat question, do you have a face claim for Fabien's cat? :D

This is how I picture Georgette 😂

#chasing a legacy spoilers, #chasing a legacy, #CaL, #OCs, #i mean technically lmao?
34 notes · See All
enjolorasAnswer
What is the most dramatic thing you could imagine Fabien saying?

I mean, wait until you see the shit he pulls at Camille’s trial 😂