Cancer is a bastard.

Here is her vlog where she essentially told everyone she was terminal.

This girl was so brave. She should be in college, meeting people and being amazing, and instead she is in the ground.

I say it again, cancer is a bastard.

She wore makeup to be confident about her baldness.

It’s no wonder her middle name was Joy. 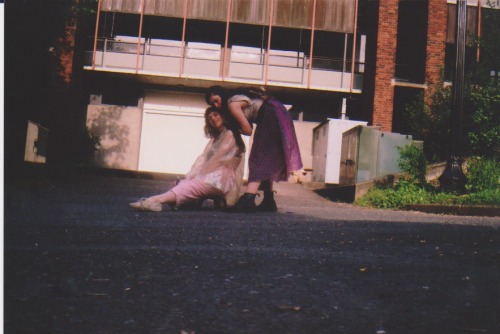 Research the blitz. Pay attention to how people came together.

We’ve had The. Worst. ™ panic attack ever today. I feel drained.
I have no idea what happened or what the trigger was. My gf says it was probably Unknown Child X who was out - they didn’t front for a long time. I don’t know what triggered them out & what set them off this badly.

Or maybe I do know.

What’s your fave place to stay?

It was my birthday the other day.

You’re learning to deal with ambiguity through rigor.

My birthday was yesterday 🥰♋️ pretty in pink! 💗🎉

Tell your friend: I want to pick your nose.

Moon in Gemini is about to meet Rahu or North Node - get ready for some out of control words & emotional reactions as Rahu intensifies moods, emotions, reactions, feelings, sensitivities. Endless chatter of the mind. Walk, run, write, talk to yourself - some people call it intuition some people call it delusion!

cancer moodboard // always remember, you are braver than you believe, stronger than you seem, and smarter than you think you are. happy birthday to my birthday twin, @lahnister ♥

Se cancela la invitacion a mi velorio, no me suicide