Upon waking up, SHIELD determines that the most effective way to ease Captain Rogers into the 21st century is classes taught by their in-house historian.

Nicola Song, being an overworked, underpaid graduate student, is less than pleased.

Steve is just hoping she doesn’t kill him.

Bucky: *frowning and mumbles* Come on Tony, when are you going to call?

Steve and Bucky: *both jump to grab the phone at the same time*

Bucky: *Literally shoves Steve off his chair to get to the phone first* Tony?!

Bucky: Sam?! What are you calling us for?!

Sam: Steve told me to call to make sure your phone was working

Bucky: But what if Tony is trying to call us right now?! *Goes to slam the phone back on the receiver*

Sam: You have call wait–

Steve:*Grimace* You slammed it pretty hard Buck, what if you broke it?! We should probably check it’s still working. *Dial’s Sam’s number*

Bucky: *Grabs the phone from Steve* Sam! Will you get off the line?! *Hangs up on him again*

Clint: I think I forgot my arrows.

Steve: I can see your arrows right there.

Natasha, joining Clint in prayer: Blessed Saint Anthony, the grace of God has made you the patron saint of all things lost and stolen. I turn to you with childlike love and deep confirdence-

Clint: CALM DOWN, STEVE? We have no ice arrows! We can’t fight the fire monster without ice arrows! We’re ice arrow-less. We don’t have an ice arrow between us!

Steve: Over this? So what happened back there, when we were nearly blown up, that was totally fine, but this, this, is worth having a panic attack about?

Clint: I don’t know. You’re going to have to turn around!

Steve: There is more chance of me eloping with Tony to A FLIP-FLOP SHOP IN HAWAII!!

Clint: Look, okay, fine! But that means that we won’t be able to ice any monsters, which means they’ll burn us, which means we’ll die. So, you know, on your head be it, Steve!

Natasha, barely holding back a laugh: Oh, actually, do you know what? I think I put it in the back weapons storage. 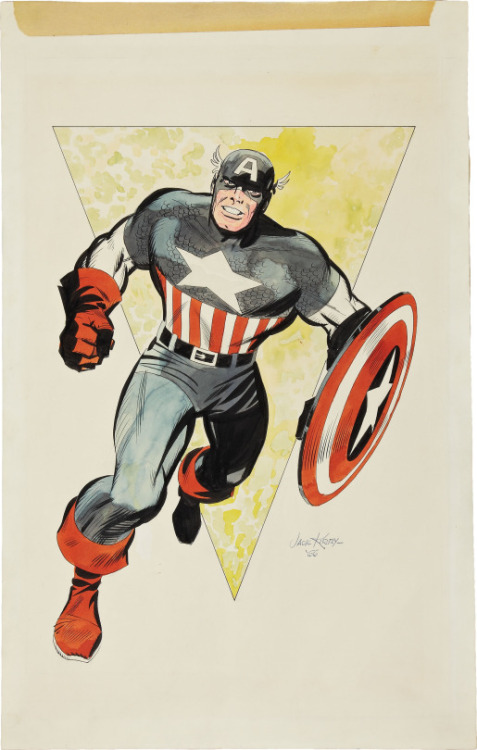 Captain America saves Nick Fury from the Trapster by the fruity filled power of Hostess fruit pies.  Comic ad from 1982. 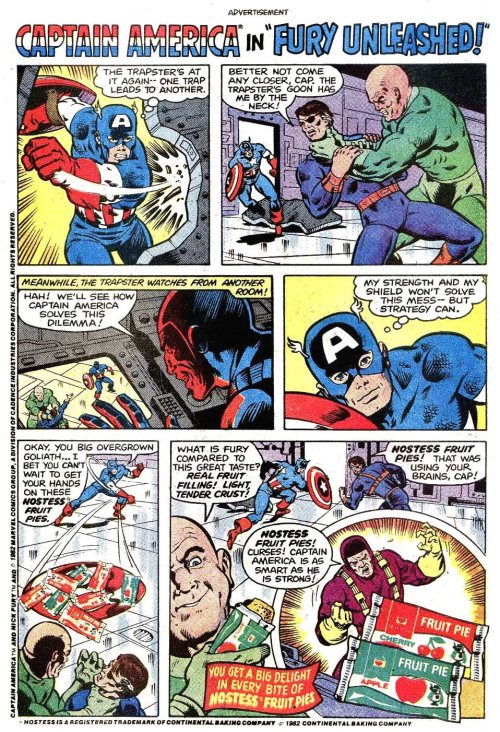 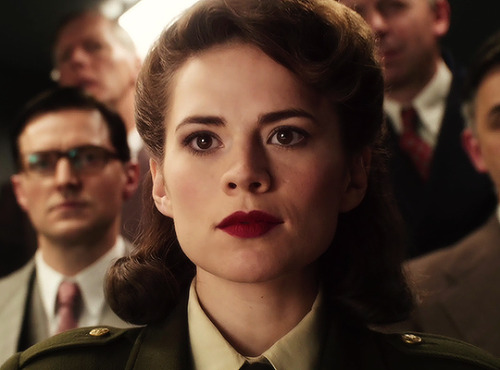 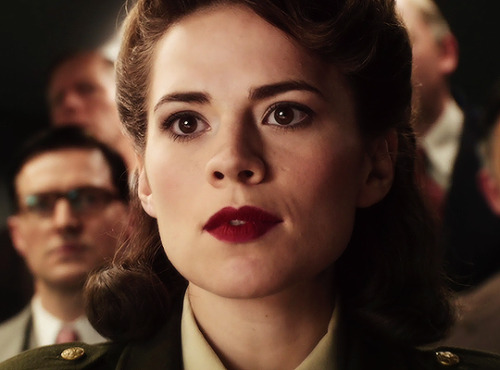 Cap adopts a child soldier who may or may not be Natasha and Bucky’s lovechild. That’s it, that’s the series.

Read the series on AO3.

I actually feel super guilty about this one, because I did finish the first work in the series (Kis Katona) but I just can’t make myself finish Personal Cold War, plus I had this little weird Shield Maiden newspaper article thing kicking around my Google Docs. Good Intentions WIP Fest gives me permission to let it go.

“See you in a minute,” she smiled at him. Steve shifted his gaze at Natasha. She gave him that shy smile, trying to hide her excitement. And she was gone.

Steve woke with a start, drenched in sweat. He hastily wiped tears from his eyes, and sat up in bed. She did what she had to do. If he had been on Vormir, he would have done the same thing. Sacrificed himself. For her. It was unfair. She deserved so much more. Natasha had meant so much to him. He loved her. She was the first person to treat him as a person, not a soldier, not a legend, not someone who didn’t belong. She treated him as a friend. She was able to see through the mask he put on for others. He was allowed to be sad in front of her. He was allowed to let his guard down. He didn’t have to be Captain America around her. He could be Steve. And she could be Natasha. Neither of them had to hide the darkness. They allowed each other to feel. And now…

Yes, he loved Peggy. Yes he went back so they could live a life together, like they planned. And they did. They had a wonderful life. They had a house, jobs, friends…

He got out of bed, put on his shoes, and went out the front door. He needed to breathe. He needed air. Steve didn’t know where to go, but he went any way. He went left, right, straight, right, left, left… Something was calling.

He found himself in front of a cemetery. He knew it was irrational. She wasn’t here. She wasn’t even alive yet, but he went in any way. He walked aimlessly, not sure where to go, or what to do. With every step, his grief weighed him down, down, down, until he couldn’t take any more. He felt the grief crush him into the earth. On his hands and knees, he punched the soil below him. He let guilt take over. He sobbed, he cried out, he screamed until his throat was sore.

He slumped against the side of a cement bench. The coldness seeped through his shirt. It snaked through his entire body and he let a shiver rake through him.

“Natasha…” he whispered. “I’m sorry. It should’ve been me with you on that cliff. If I could—”

No more “what-if’s”. Natasha wouldn’t want him to live like this.

She would say, “Go, Steve. Don’t do this to yourself.”

She always encouraged him to live his life. She made him promise, years before Thanos, that he’d find a life outside of S.H.I.E.L.D. And he did. He lived his life with Peggy. He lived every day, in part because Natasha was never able to. She deserved to live a life she wanted. And so did he.

He stood up, wiped the dirt off his pants, and looked upwards toward the black sky. He imagined her bright green eyes shining like the stars. “I love you, Natasha.” He pressed his fingers to his lips and lifted them up to the sky. “Goodbye.”

thinking about this today

Steve may not miss the 40’s much anymore, but I do.

Fury: The only thing that seems to motivate you guys is pancakes

Natasha: Do we have maple syrup for them?

Steve: Where are they?

Fury: THERE ARE NO PANCAKES

So. Cheesy Highschool Stony AU set in the 80s, anyone? I’m talking a no cell phone having, Atari playing, hand me down muscle car driving, prom dating, type of au.

I realize that highschool AUS are way over done, but like, /I/ haven’t done one in a long time, so maybe indulge me? Pretty please? I’m willing to be either Tony or Steve. Really doesn’t matter to me!

Details: Lit style at least one paragraph please! But other than that, I’m flexible. DM me to chat about it!

“Just a couple more adjustments and I think we’ll be able to give it a try,” Bruce said as he and Tony worked on their machine.

Clint glanced over at Bucky to see his reaction. He was sitting on a table a few steps away, Steve hovering next to him. Bucky had his hands braced on the edge of the table on either side of him, his features carefully blank as he stared straight ahead.

“We don’t have to do this right now if you don’t want to,” Steve said quietly, turning his back to Bruce and Tony so that he was fully facing Bucky. “There’s no rush.”

Bucky stared at Steve for a moment. Then his gaze darted over to Clint. Clint was leaning against the wall with one shoulder, his arms crossed over his chest. He met Bucky’s gaze evenly, silently sending his support for what he knew his answer would be.

“I want to do it now,” Bucky finally said as he turned back to Steve. His tone was carefully even though, betraying how nervous he really was.

Clint understood. He had spent only a few days under Loki’s mind control, forced to do horrible things against his will. Bucky had been used on and off for fifty years, his brain scrambled repeatedly until Bucky barely knew who he really was anymore. It was so much worse than a nightmare, because there were real life consequences. So, Clint understood the desperation to clear out any residual brainwashing to make sure nothing like that could ever possibly happen again. It was why Bucky had asked him to be here to offer support during this experiment.

That, and because Steve and Clint might be needed to contain Bucky if this experiment failed.

“Okay, I think we’re ready to give this a shot,” Bruce finally said.

“Step right up, big boy,” Tony said briskly, indicating the chair in front of the machines they had been working on.

Everything in the lab went deadly still. Clint watched Bucky carefully, noticing how he was breathing heavier than he had just a minute ago. After another tense minute passed, Bucky gave up pretense as he leaned over and gasped in several deep breaths.

Steve reached out and placed a hand on Bucky’s shoulder, looking pained. “Are you sure–”

“Just give him a minute,” Clint spoke up firmly.

Bucky sent him a furtive, thankful look. He ran his hand over his face, took a couple more deep breaths, rolled his shoulders and then resolutely pushed himself up off the table and strode across the room. 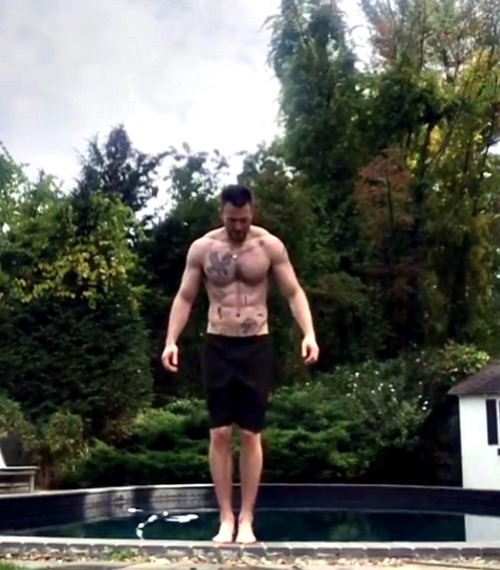 Cole: You’re a lot heavier than you look.

Lloyd: I had a big breakfast.