Imagine Brock being given orders that you’re not to be touched below the waist, because Hydra wants to breed you with the Winter Soldier. Until then, your handler’s going to put your mouth to good use. Maybe after you’re knocked up, he’ll get to raw you.

Bucky’s number of lines in the MCU per film:

-Lines more than 1 sentence: 4 (3 of which are in the flashback scene)

-Lines more than 2 sentences: 1 (also in the flashback)

*For Winter Soldier and Civil War it’s arguable what constitutes a sentence but it’s worth noting that I was generous not the opposite.

I’m bored and I have Disney+ so I rewatched Civil War again.  I kinda wondered if my opinion of it would’ve changed, but it didn’t.  While I understand and support what Tony wanted to do with the Sokovia Accords, once again he did it the wrong way, just as he did with Ultron and EDITH.  And, frankly, Kill Mode in Spidey’s suit.

I sided with Cap, although I think he also went about it the wrong way.  Still that’s Steve for you, hardheaded little shit that he’s always been.  Also, this really should’ve been called The Avengers:  Civil War.  I don’t care what the comics called it.

My biggest problems with the Accords are many:

1.  Giving the U.N. the right to send the Avengers into a hot spot.  That organization is way too political to trust.  Not to mention letting them decide when a situation calls for the Avengers.  It can take months to get this kind of decision out of them.  Hell, if I remember correctly, emergency meetings must be scheduled a minimum of two weeks ahead.  How many people would die waiting for a decision?  I could see more private army use than rescue.

2.  Imprisonment without trial.  Seriously?  Who the hell thinks that is a good idea.  Ever!

3.  Registration of the enhanced.  Enhanced is actually a tricky term.  This wouldn’t just include mutants but anyone with equipment that allows them to be stronger/smarter/faster/etc.  Meaning Rhodey and Stark, Pepper and Chuck Bartowski and Bruce Wayne.  Hell, you could technically include anyone with a prosthetic.  What about savants?  People with eidetic memories?  Considering that Steve Rogers is from the era of World War II, this registration would be a very touchy subject for him.

4.  Being forced to publicly expose their names.  Why?  Why does it need to be public?  I’m not just considering Peter Parker in this case.  There is also Daredevil, Deadpool (although pretty much everyone seems to know that he is Wade Wilson, but still…), Batman, Superman, Wonder Woman, Robin (any of them!), and so many others.  The point of a secret identity is two-fold.  First, to protect family and friends from retaliation from villains.  And, in many cases, to allow the hero to have as normal a life as they can, including working for a living for those who aren’t wealthy.

5.  Then there is Thaddeus Ross’ track record with mutants.  I’d almost prefer someone from SHIELD or HYDRA in charge.  Ross gets a hard-on about controlling mutants and a serious hatred for any that won’t play his game.

Anyway, I was mostly Team Cap when the Civil War started and I pretty much still am.  Don’t get me started about Tony bringing an uninformed minor with him to Germany.  Without May’s informed consent.  Yeah, yeah, Tony claims he just wanted the kid there to “help”, but he was well aware that things could go really bad, really fast or it wouldn’t have been that many present on a tarmac rather than in a conference room or just he and Steve face-to-face.

Bottom line is that both men were coming from understandable positions and both men went about it the wrong way.  Anyway, just needed to rant.  Oh, and the idea that, once it was ratified, the Accords could be changed?  Jesus, Stark, Pepper could’ve told you that would be a Herculean task.  Once it was signed, everyone would just go “well, they agreed.  Maybe we can revisit this in ten years or so.”

i’m sorry but this is PEAK bonky energy

unpopular opinions, civil war edition: i rewatched cw recently (because quarantine), and i hate to restart the debate but look. steve was right— the accords were unnecessary and wouldn’t solve anything— but he handled it completely wrong. tony understood the accords couldn’t be fought openly. steve did not, and this put both him and bucky in danger. i wish steve had thought about his actions because i know his voice could’ve turned it all around. (the accords could’ve been amended. bucky could have gotten a trial like he does in the comics, he could have been cleared. instead he’s thought of as more of a threat.) to sum up: steve did the wrong things with the right motive. 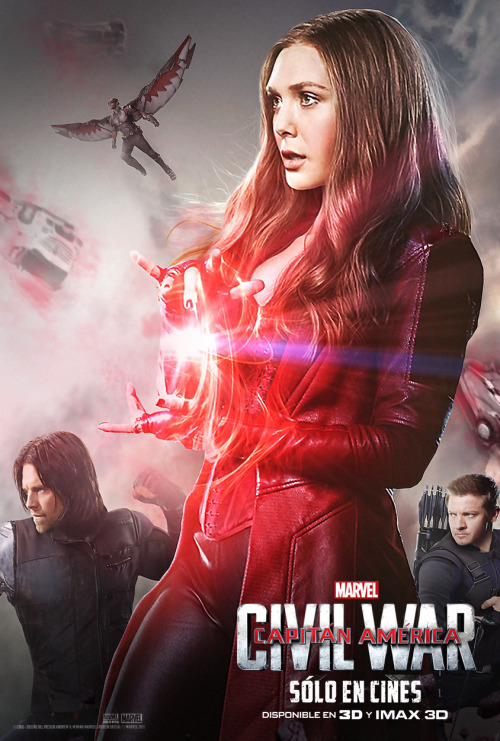 I think the thing that makes me sad or frustrated or something about the way that people interact with MCU Spider-Man is the number of people who choose to hate him specifically because of his relationship with Tony Stark. I’m not trying to say you can’t dislike a character or anything like that, but just think about this for a moment.

First, the biggest difference between Tom Holland as Spider-Man and Andrew Garfield and Tobey Maguire as Spider-Man is the fact that Tom’s Peter Parker is the first version of the character who isn’t the first superhero in his respective world. Presenting him in such a way that he isn’t primarily defined by that aspect of his existence wouldn’t make any sense, because it would be completely illogical for Spider-Man as a character to not care about the footsteps he’s following it, but also because people are growing tired of self-contained Spider-Man movies that revolve around Peter Parker. By the time Tom’s Spidey was announced for the MCU, we had a full five live action solo Spider-Man movies that worked that way. The movies would have been washed up and forgettable. Even if you would choose to remove the relationship between Tony Stark and Peter Parker, you would need to substitute a different Avenger as a mentor figure to maintain the right sense of context for MCU Peter.

But even then… Think about it. Set aside your feelings for Iron Man and just consider the two characters objectively for a moment. These are two characters who are defined by a suite of incredibly similar life experiences. They both lost their parents to mysterious circumstances when they were relatively young. They both had their lives fundamentally altered by unique accidents. They both designed a suit to turn that accident into a source of good, not just for themselves but for others.

Even ignoring the comic precedent for these two having a relationship, their relationship makes a lot of sense for the MCU. They’re two different sides of the same coin. Their narratives are incredibly complimentary.

Now that Tony’s dead… I don’t know, I have mixed feelings about Far From Home. But can we please just let MCU Peter be an actual part of the MCU, whether he continues to strive to uphold Iron Man’s legacy or teams up with a new mentor or whatever else may happen? There’s more than enough hate and anger in this world without letting your distaste for one character proceed to taint every character that they interact with.