You can not make this stuff up.

Well, actually they can.

Tomorrow after work I’m gonna try my hand at painting jeans. I wanna pair of Captain Marvel jeans, but I can’t find anywhere that sells them so I’ll just have to make them.

I once spotted this Captain Marvel boat in Sydney, Australia, and I have yet to figure out why

I don’t care what anyone says,

I love Captain Marvel because when I left the cinema after watching it with my brother, I saw two young girls practically vibrating with excitement.

It’s not fair that young boys get their superheros, get their powerful men they look up to, but girls don’t get the same.

I assure you, people would stop their complaints if Captain Marvel showed more skin in the movie. I’m sorry that she didn’t show enough boob or didnt give you the pleasure of being a girly superhero, giving in to the stereotype that girls have to wear pink, have to wear feminine clothes. Have to show emotion to be likeable. Whereas if a male character was stoic and snarky like she is, no one has a problem with it.

Think about those two girls I saw, think about how Captain Marvel was made for little girls like them and not for raging 46 year old men.

The arguement about Carol’s actress, Miss Brie Larson, being too feminist and aggressive in her interviews being the reason you don’t like the movie, is absolutely bullshit.

You just want a reason to hate the movie.

Brie Larson is aggressive in her interviews and with good reason. If you look back at every interview with female cast members in superhero movies or action movies, they are given sexist questions (for example, “how did you get into shape for this movie? A diet or some sort of exercise?) but the male cast members are never given the same questions.

If I was in Brie Larsons place, being the lead of the first female superhero movie Marvel has created, I would be protective too. I’m sorry that she’s not a push over. I’m sorry that she isn’t awkwardly laughing at sexist questions but instead tilts her head and askes "is that important?”

But that’s not my point, I’m getting sidetracked, Don’t use Brie Larson as an excuse to hate the movie. The cinematography, acting, editing, lighting, everything was perfectly done. You’re just upset it’s not about your male character that you fantasise about being.

You have 19 movies that have male leads.

Thanks for reading, you can keep scrolling now :) I was just ranting. 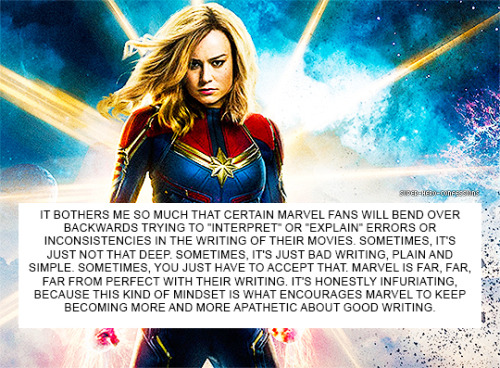 KELLY THOMPSON (W) CARMEN CARNERO (A)
Cover by MARK BROOKS
Mary Jane Variant Cover by TBA
CAPTAIN MARVEL’S LAST STAND!
The world has turned its back on her. Her powers are fading. And Carol Danvers has never felt more lost. But when a world that shunned her needs Captain Marvel, she will answer the call, because that’s what heroes do. Carol is in the fight of her life – one that by it’s very nature must destroy her. What will be left when it’s all over?
32 PGS./Rated T+ …$3.99 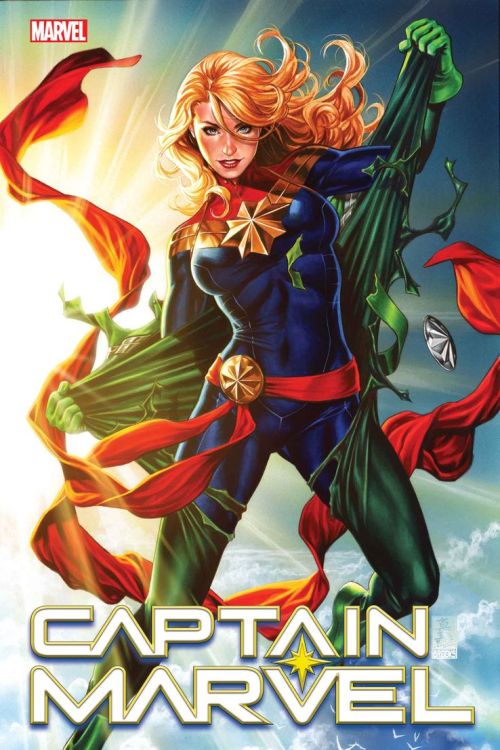 Follow to see the same picture of Goose the cat everyday

My first stop was to multiple ATM’s, taking all the money out of my account before disposing of my card. I couldn’t let Tony trace me that way. On the way, I signaled SARAH to turn off my location and send the suit to follow me. Taking the train and multiple cabs, I finally reached my destination. A small apartment in Brooklyn. Steve had an apartment there under a secret identity and only him, Sam, Nat, Fury, and I knew about it. I landed at the doorstep, found the extra key, and unlocked it. The apartment wasn’t as dusty as I thought it was going to be. It was small, it had a kitchen, a tiny bedroom and bathroom, and two chairs as the living room. I set down my bags on the bed.

I got all settled in, putting things in drawers, and determining what I needed to get from the store when my suit arrived. I ran my fingers over it once it was in the apartment, remembering the night he gifted it to me. Tears stung my eyes, I quickly wiped them away, grabbed a hat and some cash, and ran some errands. I had been at the apartment for a few days, when I woke up to a knock at the door.

“SARAH, why is someone knocking at my door?” I sleepily asked.

“Remember, you wanted someone to pick you up and take you to Peter Parker’s school?” She answered.

okay but i sincerely don’t get how ppl don’t like captain marvel. like not everyone is going to like something but the reasons ppl give for not liking it are so whack? the movie is legit so fun to watch, great 90’s vibes, carol is honestly such an awesome protagonist, goose is motherfucking rad af, nick fury’s in it, great soundtrack. mwah

Thanks to everyone who made a suggestion :) 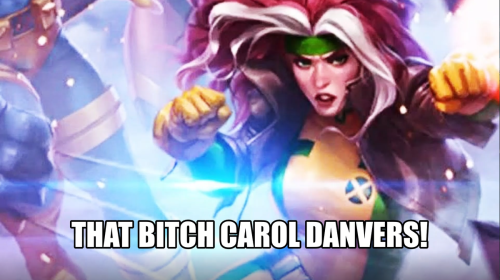 All right, so I believe that as chemist is my obligation to warn y'all about using homemade hand sanitizer or shit like that. So please just buy a bottle and if you can’t, wash your hands always that possible. Take care ‘cause alcohol-based hand sanitizers are flammable, so you know…

I’m saying this because here in Brazil there’s some dick heads selling homemade hand sanitizers and uninformed people are buying it. Besides not disinfecting their hands properly, many are suffering burns due to the composition. 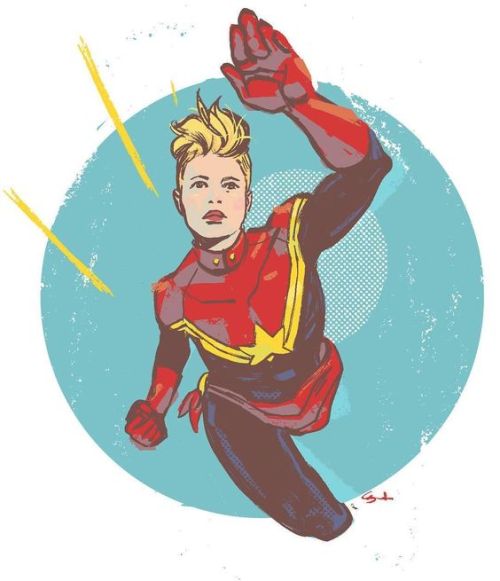 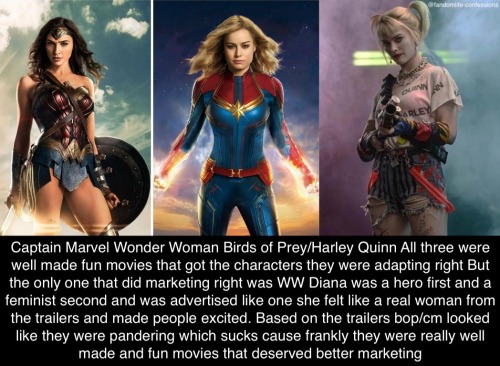