#coc, #carry on countdown, #carry on, #I won’t even bother with tags on this I hate it lol
5 notes · See All
scone-loverText

Thanks for the tag @amywaterwings​!

Happy Thanksgiving! Florence fic is a bit delayed, but the timeline was originally right around now. Even though it’s Thursday now, here’s a timely little snippet…

When I return from my shower, Simon’s scrolling through Instagram. He sets his phone down and looks up, finding my face in the mirror. “Happy Thanksgiving, Baz.”

I shoot him a skeptical look as I unravel my towel turban. “We don’t celebrate Thanksgiving.”

“Well, for starters, we’re not American,” I say. “And it’s basically celebrating colonialism and genocide, so forgive me if I’m not all that interested.”

“You sound like Penny,” he grouses. “What about the food, though? We can do the food thing, right?”

I roll my eyes. “We can do the ‘food thing.’ Though I doubt we’ll find turkey here.”

He grins and bounces a little on the balls of his feet. “As long as we get to stuff ourselves silly, I don’t care what it is.”

“You stuff yourself silly anyway,” I drawl. “You don’t need Thanksgiving as an excuse.”

“Pasta!” he says as if it’s an epiphany. “Thanksgiving pasta!” He’s attempting to tame his unruly hair, but it’s a nest. (It’s partially my fault. Alright, mostly my fault.) He picks up my comb and runs it through, but it snags and only makes it worse.

Hope you all enjoyed your pasta. (That’s a traditional Thanksgiving food, right? 😂) (Simon’s a bit confused, but he’s got the spirit.) ❤️

Baz is a mermaid, Simon’s a swamp monster. They meet in the estuary.

thanks for organizing this event @carryon-countdown :3

His hair is short. He refers to it as moss, and asks me why mine spreads in thick strands. I sneer.

It is because, I explain, my hair is not moss.

What is it, then?

Hair? He laughs at the incredulous look on my face. His thick tail always thrashes when he laughs.

I’m not sure that what’s on his head is actually hair, but I’ve never seen ‘moss’ before, so I can’t think of anything else to compare it to. The way it springs out from the top of his head in thick clumps rather than separate strands. The way it never seems to grow out or down, even though we’ve been meeting here for months, and instead just seems to spread down the twisted vine of his neck. The fact that the same material litters his forearms, legs, and sternum. None of it is recognizable as hair to me, but it exists where hair should be.

I nod, watching as Simon lifts a green hand up into the green at the top of his head. He runs his fingers through the density. Clumps of moss fall onto his shoulders.

Simon shrugs. Moss falls off him into the green water that surrounds him. I watch as the green particles float downwards, through the boundary between us and into the seawater below me. I watch it descend until I can’t see it anymore.

I’m not sure what to compare it to. It’s the same as the stuff that grows on rocks. What does your moss feel like?

I told you it’s not moss, Simon.

I lift my hand up, tentatively touching the end of my hair. It feels weird to touch it with Simon watching so intently, so I avoid his eyes. My hair doesn’t topple so easily from my head.

I wish I could touch it, he says. He’s closer to the border than I expect him to be. Usually we keep our distance, in case the tide changes unexpectedly. You.

I look up at him. His face open and earnest but his eyebrows are tilted down The vines that make up his fingers spread outwards, like he’s preparing to reach through the boundary that separates my salt water from his fresh. I know he won’t actually reach through- the last time he tried he snatched his hand back so fast it blurred. Before I even had time to react, a small fish flitted past to snatch the slice of Simon’s fingertip that started to float upwards.

Being entirely made of plants has its disadvantages. Despite breathing underwater, Simon also has to stay close enough to the surface to photosynthesize. He doesn’t eat fish like me or my colony- he found it confusing when I suggested it.

Aren’t you a fish? He had said, gesturing to my tail. I rolled my eyes.

I’m not foliage, but I can’t reach through to Simon’s side either. The pain I experienced was more like a jellyfish sting- I could stand it for just long enough to brush my fingers against Simon’s chest. I still have the scar.

We don’t often talk about the unfortunate circumstances- the fact that we can’t touch. That we meet at the estuary every day to sit and talk, but that neither of our families know. The drama of it all is supposed to go poetically unsaid.

#carry on countdown, #simon snow, #baz pitch, #carry on, #wayward son, #au, #I’m a monsterfucker, #ficlet, #I might post this to ao3 if I do more days but for rn here’s this, #I haven’t written like. short short stuff in a while this is a fun exercise, #I’ll add a read more later I’m sorry, #long post, #Coc 2020
12 notes · See All
krisrixText

“[Dating Simon Snow is] a lot of sitting in silence and thousand-yard stares—but we do hold hands almost all the time.”

Summary: Simon and Baz are Facetiming but Baz is very sleepy.

I smiled as the call finally connected and Baz’s sleepy face came into view.

“Snow,” murmured Baz, stifling a yawn, “How are you doing?”

“Yea, Yea,” said Baz, “I’ve been a bit busy here. Crowley, I forgot how annoying my siblings can be, especially now that they’re older,”

I laughed, a warm feeling of happiness bubbling inside of my chest. It was amazing how even after all these years a simple conversation with Baz could do that to me.

Thank You babe. I really needed that. Especially today.

Good luck with that case!

#I'm so damn thankful for you nonnie, #I miss Dean Winchester so much, #Supernatural, #spnfamilyforever, #Carry On
0 notes · See All
the-worst-trashcanText

There’s only enough room for one Carry On in my life.

TFW 2018′s Scoobynatural mocks the series finale before it actually aired in 2020. 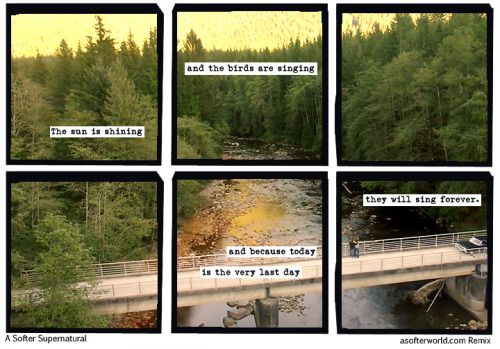 So remember these old SuperWhoLock jokes that would go like,

‘The year is 2043. Supernatural just started its 39th season. Only 6 years left before Sherlock season 5.’

Summary: Baz reflects on the events of Wayward Son, and the hopelessness he feels. “A trip to try and save him - To save us. A last ditch effort to put some of the sunshine back in to his soul. Rammed together in economy, the press of his knee firm against mine, but his mind miles away. His eyes ever averted. Touching yet so far apart. I just wish I knew where I went wrong.”
Carry On Countdown, Day 2 - Distance @carryon-countdown​

NEVER IN MY WILDEST YEARS

NEVER did I EVER think I’d be ashamed to be a part of this fandom. The memes are A+ but the shade and shit people have been throwing at the actors lately is just pissing me off. Guys. COME ON REALLY???

LOOK I know the last ep sucked but is that the fault of the actors? no. So stop it. They don’t deserve This.

okay I have some ranting to do

First off, I want everyone to apologize to Jensen, Misha, and Jared. Jared doesnt need his fucking name sensored. he didn’t do shit. If he liked the season finale that is HIS opinion and I’m completely fine with it.

Jensen doesn’t need to be called Homophobic. He isn’t. But if you actually did your research you might actually know factual shit.

Misha doesn’t need the backlash for anything the writers have said or made him say or do. Misha loves us guys. He wants us to be happy. This isn’t happy. I know the season finale really let us down but is that the actors faults? No. So quit blaming them. Misha is trying to fix it and you guys won’t give him a damn break. Supernatural isn’t the end of the World. If you guys haven’t forgotten it is a SHOW. Granted, I adore spn and I know a ton of other people do and it’s helped them through a lot of stuff, BUT just becuase we didn’t get it to end the way we wanted it, and sure maybe the writers messed up a shit ton. Then hate the writers! Not the actors! I’m not gonna say it again

So shut up and sit down and actually THINK FOR A MINUTE. it’s okay to be mad. It’s okay to vent. What is NOT okay is to throw shade and hate at the actors. The actors have family, and lives outside of spn and they are just trying to live it, so if y'all could piss off that would be nice. 😊