Tumgir
AboutPrivacy Policy
AboutPrivacy Policy
Visit Blog
Explore Tumblr blogs with no restrictions, modern design and the best experience.
Fun Fact
Pressing J while looking at a Tumblr blog or home feed will scroll up on the page, pressing K will scroll down. This is helpful considering a lot of the Tumblrs feature infinite scrolling.
Trending Blogs
#cc update
simtanico
Text

It’s less tapered on the torso and has a more natural waist!

Please re-download if you want these changes!

Finally got the NVIDIA texture exporter to work with Photoshop without crashing it, so I’m updating the following pieces of cc:

All three have updated and higher quality normals with a small uptick in file size but it should look less blotchy and gross.

If anyone would rather manually replace textures with s3pe, let me know!

Will update/reblog this with more updates.

ABSOLUTELY CACKLING HAVING TO SAY THIS but to those of you using the Today Skinblend, please keep your eyes peeled for an update as I have ridiculously used my elder texture for the toddlers on S4.

As mentioned a couple of days ago, I bulk-updated my cc for adult female sims. I mean everything you can see when you go to my downloads page and choose ‘adult female’ on the left. Yes, everything. Hats and accessories too. I added update notes to all the pieces, so you can check for each of them individually what has been changed. Here’s a general overview:

ALL the pieces were updated with a new display index number, which affects their position in CAS. The updated ones should all appear next to each other, in chronological order (+ folk stuff + carnival costumes). The only exceptions are my latest German sets, which had proper numbers assigned already from the start, and the Slavic beads, which got a complete overhaul and have been re-released.

MOST pieces got their lower lods corrected, so that they wouldn’t get all spiky when you zoom out.

SOME pieces had major exploding-in-lower-lods problems fixed. This applies especially to my earliest creations: the 1894 dress and both carnival costumes released last simblreen (Twilight and Rainbow). Also all 4 of my folk dresses, as mentioned already a couple of days ago.

A FEW pieces got some major visual upgrades. Again, I mean mostly my earliest releases: the beads, shortened Parisa bangs and the medievalish apron.

…Do I really have to redownload everything…?!

Not necessarily. If your sim details are set to high or very high, chances are you’ll never even get to see lower lods from close enough to notice any problems - just like I haven’t noticed them for a good year. But if you ever wanted to use a certain piece of mine and were disappointed with how it looks in game, now is the time to redownload it and try again. I swear, I checked everything (which doesn’t mean any oversights are impossible, I’m only human after all, but I’ve really tried).

As for CAS placement, it’s fully up to you. If you don’t care about such things, don’t bother redownloading every single piece of mine you have in your game (…though be aware that any new pieces will appear way higher on the list - the number was changed from (usually) 75 to 17)! But if you like having stuff neatly organised, I think it’d be worth the hassle. Just look how nice it looks now:

Similar updates for men and other age groups will follow, but only in some time. It took some effort, as you can guess, so I’m a bit out of spoons right now. Please have some patience!

A couple of days ago I discovered that my folk dresses were exploding a bit if you zoomed reeeeeeaaaaaaally far away (in other words, in lod3). This has been dealt with. If you want to use them, please redownload the following pieces:

I also changed their display index number, so that they’d be grouped together in CAS, and plan to eventually do the same for all my creations (including the new, still non-existent ones). In case you’re curious, I picked 17 - a beautiful, elegant prime number :). Or rather: 17 and it’s decimals. That should make it easier for us all (myself included ^^) to find my stuff in game! And when I update my non-folk pieces with the new numbers, they should show up in CAS in chronological order, no matter which I made first. I’ll try to get it done in the next days!

I deleted the footprint [ thanks for the suggestion, @coraldey​ ] so now this should be usable for decorating dining tables without making your sims eat their food somewhere else. 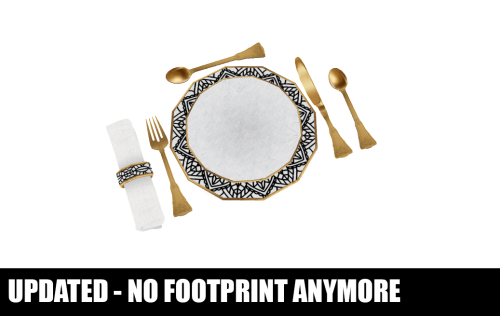 Working on making my own cc for the first time is fun but it’s hard.

added all LODs to part 5 characters that were missing them. For now, only the sfs files were updated, I’ll update the others soon
fixed:
- Abbacchio + Giorno
- Fugo
- Melone
- Mista (also added a BGC version of his pants!) - pants needed no update
- Narancia - top needed no update

if I missed anything, pls let me know! <3

Hello friend. I would LOVE to update the tub. Unfortunately, making something Off-the-Grid compatible means creating custom tuning (code, kinda!) for that object and, so far as I can tell, no one has published any tutorials on how to do that for bathtubs yet.

If anyone can tell me how to make bathtubs OTG compatible, please get in touch and I’ll get it done in a snap.

I updated my recolor of @leeleesims1​‘s headwrap by adding 35 patterns (now a total of 50 patterns) to the package! Everything else is the same. Hope y’all enjoy :) 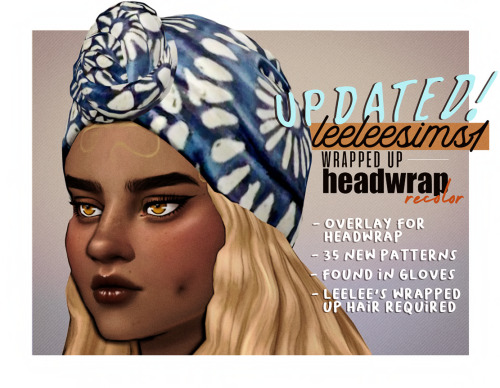 Thanks to the help of @fableroot, I was able to update all eyes for spellcasters. I will link them all below. And don’t worry, an update for mermaids will be coming soon. Lastly, please let me know if I missed a file or two!

I’ll update on some of my custom contents especially with the latest jeans and pants..

It has some issues about missing textures.

I’ll update once im finished solving these problems. Sorry for the inconvenience. 😔

I would just like to make it clear that our RA’s And CC’s aren’t free unless won through an event.

If you would like to cancel your RA/CC please message me at @angelicadriel so that I can focus on the other RA’s.

Thank you for being considerate.

hey, your cuffed jeans are amazing, but tucked in tops appear over the top of them :(

hi! thank u for ur kind words and thank u for telling me! i fixed it and updated the file on sfs but i understand it doesn’t always update immediately so here’s a backup dropbox link. tucked in tops should work with them now ♡

little preview of the Nautolan conversions!

Onto the headtail/face patterns now! I might even include a couple unique ones if I’m feeling artsy :) like gradients or swirly patterns…

Hey guys. I planing next update, now i added Infinite without mask and Knuckles, later i will add Silver and Tails. I planing to release this Update in November or December, Someone have idea what characters also i can add too in this update?

Also in this update i will add some shoes and some build mode objects. 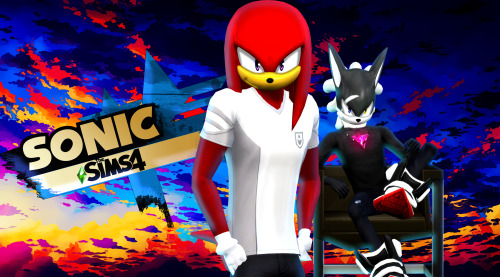 I’ve updated both the Aphrodite Dress and The Solero Swimsuit!

File names are the same, please redownload and simply replace the old ones!:)

hi, the female mermaid tails NSFW v2 don't have the mesh, so the mermaids are just torsos when you apply the tails to them

Thanks for letting me know! The tails had started to make me a little scatterbrained, so honestly I’m not surprised I didn’t miss more.

Because @pinkpxls has started streaming her sim creations and builds I thought it would be a good idea to have the option to pick between NSFW or SFW Thumbnails. That way if these pop up in streams you don’t have the ‘I SAW NAKED BOOBS’ police after you. I’ve just added the SFW thumbnails to the original post. Only download one option as they will conflict with each other.

Hello, I downloaded your mermaid tails and tops and the Version 2 - Symetrical caused error and the game did not started at all until I take it out of folder with mods. V1 and V3 are working good and look amazing.

Ah! I didn’t get a notification that I had a message. Or maybe I did and I completely forgot about it. Either way, I responded to corneliah1997 in DMs on how to fix this issue. But, for anyone else who had this issue and didn’t know how to fix it, here’s how:

Simply delete the ._MACOSX folder, all the files within it, and any file that starts with a period and underscore (all my files will start with CMYKAY)

For some reason, and I do not know why, when compressed files that have been compressed on an Apple computer are downloaded and extracted on a PC this ._MACOSX folder is there. I have always deleted that folder anytime I came across this on my PC because all it’s doing is creating duplicate files that you have absolutely no need for, and apparently for Sims 4 they will cause your game to throw an error before it even loads, similar to if you accidentally install CC for TS3 or TS2. The good news is that deleting those extra files fixes the problem. The annoying part of it is if you continuously come across files that have been compressed on a Mac and you’re downloading them to a PC.

The Mac vs. PC war will always be ongoing. I personally love Mac, but it’s not Sims-friendly. Or gaming friendly, really. So I have my Mac for graphic design and photography and I have my PC for Sims. But I love Mac more, even though they’re stupidly expensive and not able to be upgraded.

I’M DONE RAMBLING. I have also compressed the V2 tails on my PC and reuploaded them (click here), so no one else will have this issue in the future. And of course, if you run into any issues with my CC please let me know, as I will always want to fix what’s wrong! <3