IS THIS GAME GONNA MAKE ME KILL THE DOG

I really wanted to draw cerberus, so I drew him with Luci “Persephone and her Hell Hound Cerberus”

#a girl and her dog, #cerberus, #persephone, #underworld, #hades and persephone, #house of hades, #guard dog, #i adore this
9 notes · See All
neutralomensartText

I’m so proud. Cerberus is such a beautiful gun ❤

“A very foul mouthed five year old,” Voldemort muttered, looking around the clearing. Acromantulas had never been his favorite creature - too many legs- and he grimaced, shying away from the largest of them. Cat and dog sized were one thing. Any larger, and he preferred to keep his distance.

“Australia? Very interesting…I am admittedly fascinated, do keep me updated on this project.” As off-putting as the creatures were in person, he was still very interested in theory. “Who owned Shadow previously? Why would they want him killed?”

#voldemort, #cerberus, #this got lost in the inbox!, #finally got to it, #magical creatures, #acromantulas, #snakes, #eve, #spiders, #Anonymous
10 notes · See All
kerberragePhoto

Cerberus or lat. Kerberos is the Greek Hellhound. Painted in Krita :D 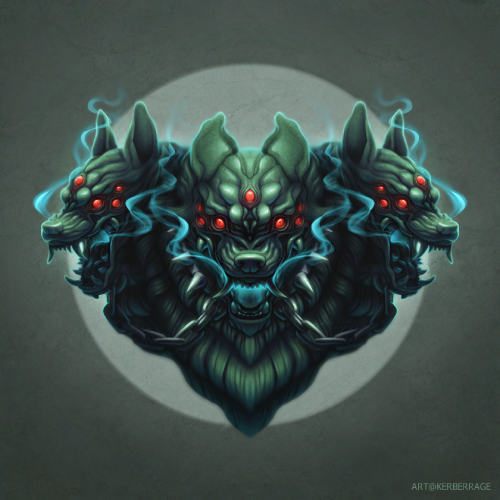 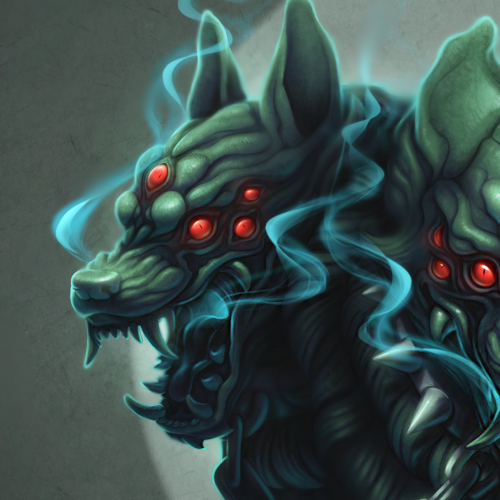 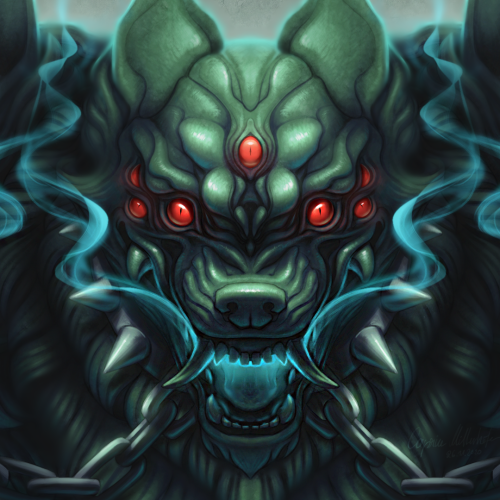 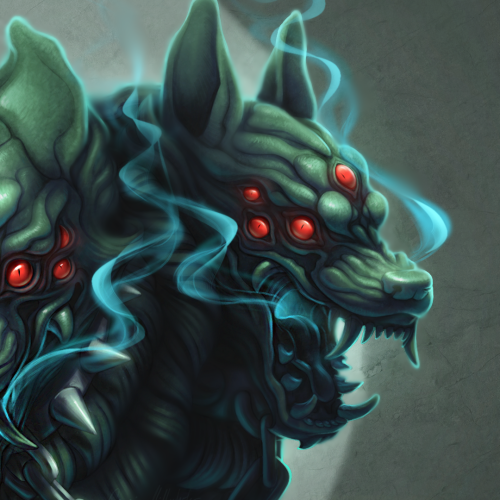 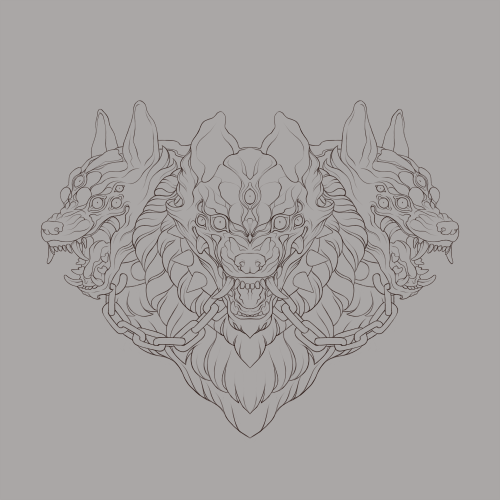 Living for these monstrous lads 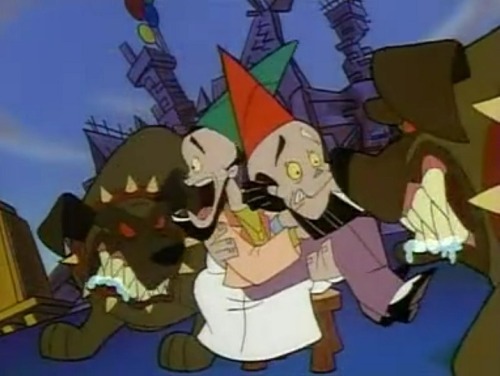 #will talks about the little things, #if i was living and i pet cerberus i would die bc he would definitely kill me, #but that's not the point, #also dying in the underworld is probably pretty convenient as far as death goes, #greek mythology, #greek myth memes, #cerberus
1 notes · See All
chronographiaText

The horehound in the herb spiral has been named Cerberus as it is at least 300% more hound than was expected. I’m contemplating a fourth (severe) pruning this year. Also, don’t plant horehound in an herb spiral. Not if you want to use it for plants other than horehound.

Go to sleep borage, you are drunk.

Teaser of what I’m working on next. Drawn on Note 20 Ultra with Artflow

You can also read this on AO3
.
.
.
.
.
.
Allie laments to Kaidan how much easier things would be if a certain someone stopped thinking she was the enemy.

Allie plopped into one of the chairs in the mess.  The mission was successful and netted a few more allies she could call on when the time came to reclaim earth.  The mission itself wasn’t hard, but handling so many things back to back was starting to wear on her.  She did her best to hide it, but the people who knew her best saw through the facade.

People like Kaidan, who just happened to meander into the mess as Allie ran her fingers through her hair.

“You ok, Shepard?” he asked, making his way to the coffee pot.

“Yeah,” she said, rubbing the back of her neck.  “I just wish I didn’t have to jump through so many damn hoops to get the help we need.”

Kaidan didn’t answer.  Allie watched as he finished pouring his coffee and pulled a second mug down.  “It does seem to be a little ridiculous, but you can’t entirely fault people for wanting to look out for their own.  It isn’t like the Reapers are just pushing through the galaxy, one system at a time. They’ve hit everywhere all at once.”

“Yeah,” she frowned, wondering what he was up to.  A smile spread across her face when he turned back around and put a mug of hot chocolate in front of her.

“Thanks,” she murmured, inhaling the sweet scent that always seemed to make her feel better.

They sat in amicable silence for several moments.  She appreciated his company and his willingness to not have to fill the quiet with meaningless chit chat.  She wasn’t sure what he was thinking, but she was trying to work up the courage to say what was on her mind.

“Have you thought about how quickly this would be over if Cerberus was actually on our side?  If the Illusive Man didn’t think we were the enemies in all of this?” she finally asked.

Kaidan didn’t answer, just gave her a neutral stare from across the table.  Since he didn’t berate her or question her loyalties, she pressed on.  “Think about it – they had the resources to build this ship and bring me back.  They’re dumping how many millions of credits into ‘improving’ their troops. What if he put those resources to help us instead?”

'It might definitely give the Reapers pause,” Kaidan mused.  “Even if he wasn’t already indoctrinated, do you think his ego would let him?”

Allie thought for several moments before answering.  “I don’t know,” she finally admitted.  “I mean, he didn’t solely rely on humans when I went after the Collectors.  Mordin even commented about that when I brought him on board.”

“Yeah, when I saw you on Horizon, I was surprised at the number of aliens on your team,” Kaidan admitted.  “I never would have guessed Cerberus would use alien help like that.”

“Yeah, I thought the same thing when I was looking over the dossiers,” Allie said.  “Still, if he had enough sense to rely on alien help for the Collectors, why not turn to them now when the Reapers are here?  They’re a much larger threat.”

“In part, it’s his ego,” Kaidan said again, “and in part, it’s because he’s indoctrinated.  You remember how Benezia and Saren each sounded when they were able to think for themselves.  He doesn’t even know he’s the one being controlled.”

“True.  I just…”  Allie sighed and rubbed her face again.  “I just can’t help but wish he’d come to his senses and help us.  God knows it’d make my life so much easier.”

Kaidan reached across the table and covered her hand with his own.  “You’ve got an amazing crew here, Allie.  Remember that.  Use them.  We all have your backs here and want to help when and how we can.  You just have to let us know.”

Allie stared at their joined hands for a moment before giving his a gentle squeeze.  “I know, Kaidan. Thanks.”

“Anytime.  You know where to find me.”  He pulled his fingers free, stood, and made his way to the observation deck.

Once he rounded the corner, Allie turned her attention to what was left of her hot chocolate.  He was right – she had people she could count on and she knew it, but this war was so massive and so much was riding on her shoulders she simply couldn’t trust it to anyone else.  She just wished, again, getting people on their side wasn’t so much damn work. 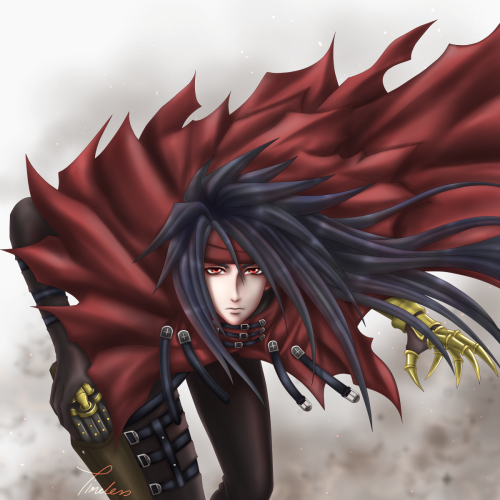 “Shepard, the Citadel is under attack. Cerberus troops are everywhere and they’re in control of the docks.“ - Thane Krios 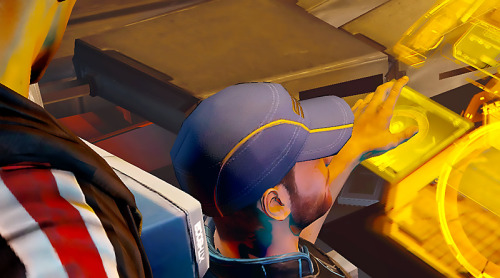 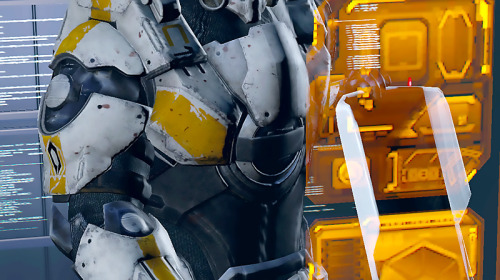 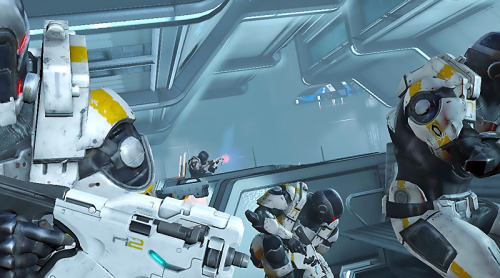 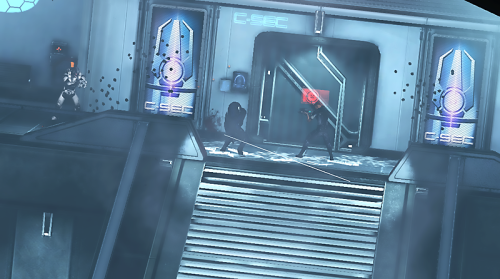 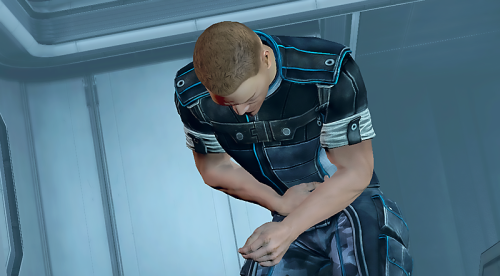 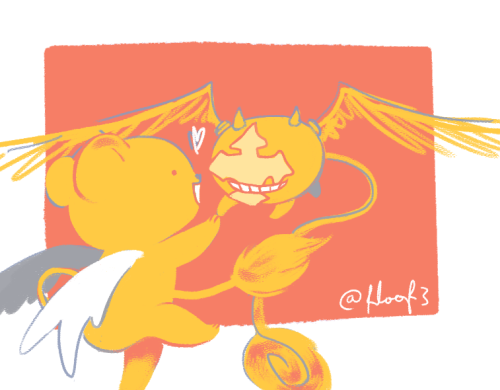