How could I have forgotten to post this to Tumblr? Emo Jesus, Chad, and Kiryu. The lads.

I don’t really remember the Necromancer stuff in season 1, but he brought back Jo and Raf’s dead girlfriend right? So why couldn’t he have fully brought them back to stay like he did so easily with Raf, Alyssa, and Chad?

:^) wtf when will i have MY ass grabbed

Not good for Carol. 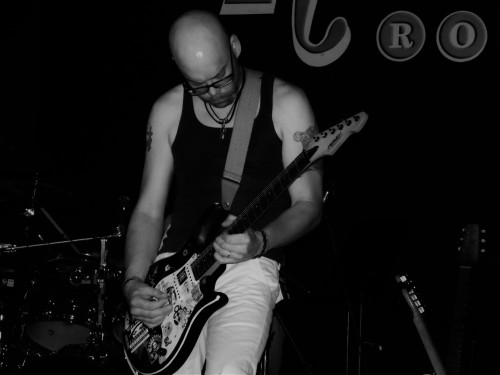 Maverick – were they changing these?  Oh, how she can’t keep up – at least, may have noticed the tension in Aki.

A tension that had lasted throughout the whole of the Don’s trial.  A tension that felt almost like hackles –  raising, lowering, then raising again–

With so many words, so many accusations–

Though, at the conclusion, her expression had turned placid yet again.

Or, remembered that she cherished most.

It felt not her place, almost – to pick a fight with any of them – to defend Evie and Sute, though there was a burning to her throat.

A spit that could have turned into a growl at moment’s notice.

While she knew them, they didn’t know her – and for some reason, she didn’t it necessary to start a full defense against–

–people who would forget before long, she supposed….

(And. considering the win – it wasn’t as if anyone would kill them here, either–)

Despite it all, however, she couldn’t keep herself from listening to the proceedings.  Balefully, really.

Until Koji spoke up and–

Her body perks up – an eyebrow raises – and she looks at him with some kind of unreadable uncertainty.

A bit of a silence – as if she’s wavering on what to say, but–

Her eyebrows furrow, as if she’s struggling, but–

“…I… guess you all deserve to know… and I would prefer it… considering….”

But she drifts, even if it’s obvious as to what she means to say – with how her eyes flicker with–
What could only be an expression of some kind of love–
–over to Evie and Sute–

“…I went with Sha-san.  I think you’ve all been told that there were… only three options.  You could leave, you could become like GAMBIT, or you could repeat for a better prize….”

A mouth twitches, as if with the memory.

“…Sha-san and I both chose to leave.  But it didn’t mean what we thought it did.”

For a while, it seems as if she might end it there – her eyes flickering to the ground for a long moment.
But….

…Gruffly, after a long pause:

“…Sha-san and I were together for a few days, before I thought… it was pointless, and that we should go back to GAMBIT.”

A mirthless laugh, before:

“I wanted her to come with me, but she refused to… so I left.  And that’s when… Gambit took me in.  As you guys might remember, haha….”

#some 3d practice!, #i couldve added a lot more to this but itll work for now, #chad, #3d
12 notes · See All
chadthanielText

#chad, #i just...love that show, #and jojo is so sexy, #im on stardust crusaders and its so fun, #im so excited for the later shit tho cus thats what people mostly talk about, #but im having so much fun overall ^^
0 notes · See All
retroandstuffText

rebecca sugar: lets see what people think about the finale

1. Y’know, the tone of this arc is feeling less like “Shonen Rescue Arc” and more like “Slice of life comedy”

2. You know between Ruki’s trial and this guy’s backstory, I’m getting the impression that most soul reapers are kinda dicks.

3. OK so it seems we’re finally starting the plot again! And dammit, we’re taking BrotherDude instead of HotLady? Ah man. Guess Orihime’s gonna have to be the Smurfette a little while longer.

4. Poor Orihime and Uryu, (and Chad I guess) stuck being the logical ones while Ichigo and Ganku bicker like children.

6. Chad please carry my girl Hime a little more gently! (Or drop her to go save Uryu. And then fall to your near death. Whatever, you do you).

7. HOLY SHIT NEW OP!?! Was not expecting that! OK let’s see. The Squad looking real cool, lots of shots of Rukia looking sad. Orihime kicking ass with shields as you do. Ooh and a fight between Renji and Ichigo too? Neat! (Though I still like OP1 better so far tho)

8. “Which one is the strongest, that’s who I have to fight” Well, in a perfect world they’d see Hime doing her thing and say “her”, but knowing Shonen rules it’s probably gonna be Ichigo.

9. Hm, Hime and Uryu hanging out? Cool! I wanna see some awesome combo moves between them. Immediately they start getting along  famously, so I have high hopes for this team-up.

10. WTF is this dancing monk soul reaper? He kinda looks like Saitama but acts like a total doofus, so I assume he’s secretly OP af.

11. Please tell me we’re not gonna waste a ton of time on Ichigo vs NotSaitama. I really don’t care about watching Ichigo fight another MiniBoss, I’m jamming too hard to get to saving Rukia for this. Though I do enjoy how NotSaitama is borderline hitting on Ichigo here. “Guys with Ichi in their names are hot and talented. Let’s say we be friends.”

12. Whoever Ganju is fighting, Guy with Purple eyes, he’s hilarious and I love him. “I am simply making a funny, humorous joke”. LOL.

13. Are we gonna end the episode without seeing what MiniBoss Hime and Uryu are gonna fight? Dammit!

14. So I guess we’re gonna spend a lot of time on the squad fighting MiniBosses for a while. OK, whatever. I guess that’s par for the course for the genre. Just tell me Hime and Uryu get to do some cool combo moves.

Am I the only one that keeps forgetting that Legacies does not currently take place in real life’s time, but 2031 instead? For some reason, that blows my mind.

IF you yourself want to learn how to draw chad—– 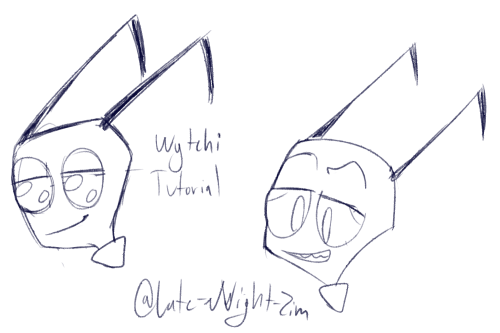