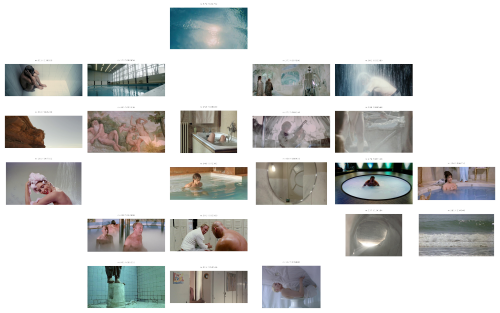 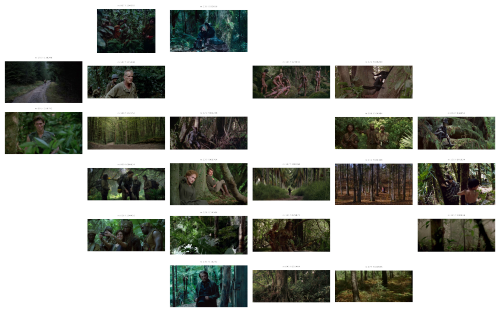 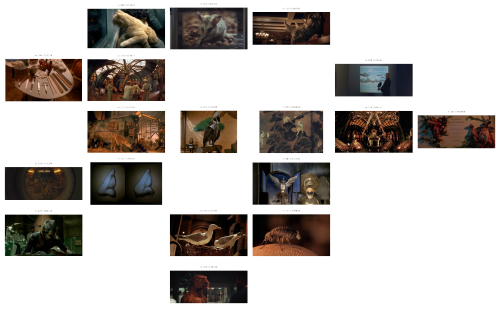 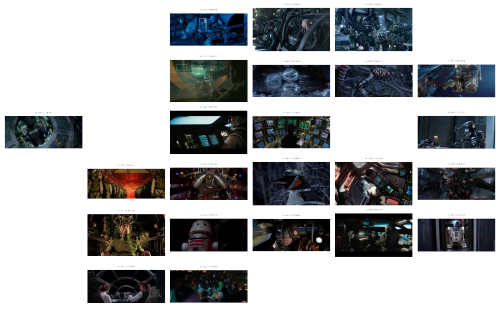 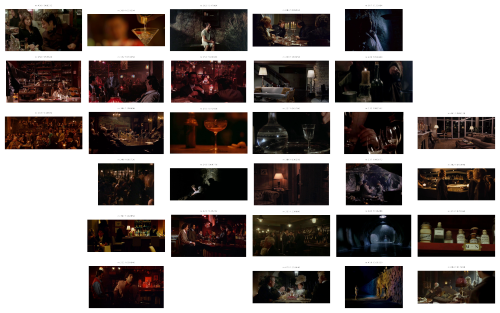 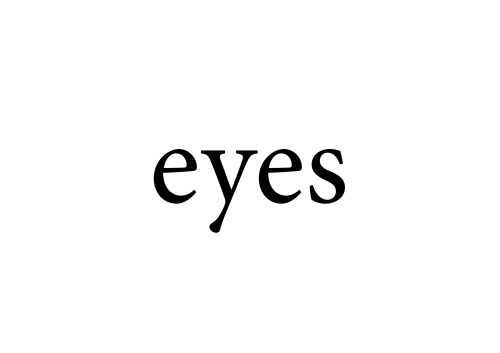 #cf., #chamber, #to see and to be seen
0 notes · See All
nhelblingPhoto 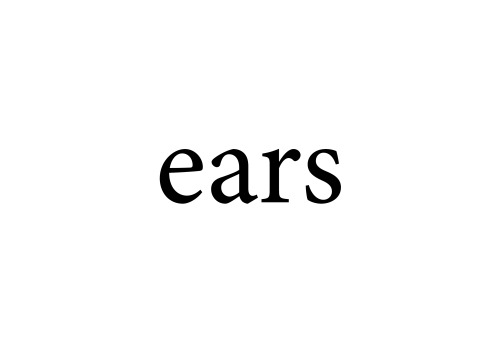 #cf., #chamber, #to hear and to be heard
0 notes · See All
nhelblingPhoto 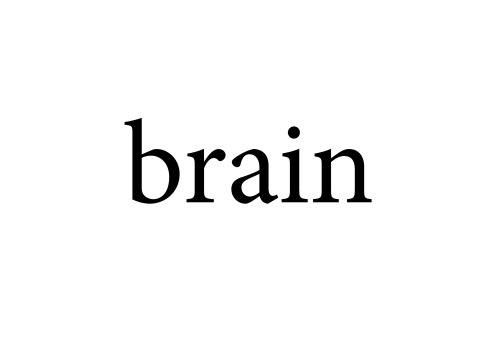 #cf., #chamber, #to read and to be read
0 notes · See All
justawfulxmenartPhoto

Jubilee’s loves. Jubilee can GET IT.

My second favorite love-triangle in the X-Universe.

Mirrors in rich gils occupy the panels between the pilaster, which, by reflecting the many beauties of the room, almost produce and effect of fairy enchantment. (The Mirror of Literature, Amusement and Instruction - John Timbs)

- The last magic perfomed that night 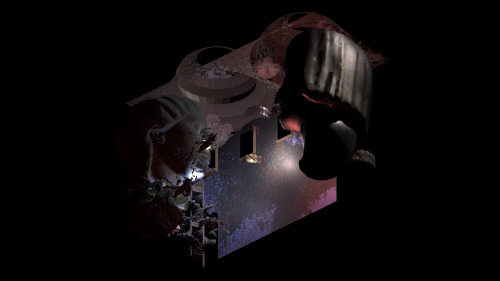 All beginning lies in an absence; the deepest potency, which holds fast to everything, is non-being and its hunger for being. (03) The alphabet has to undress. The reflective surfaces of the glass, mirrors(…) altered perception, expanding small rooms (…); and the (…)soffit lighting, through reflection, rendered all these transparent spaces private. (04) To gain some privacy, all the characters are drawn to the edge of the room. In darker niches they take off their clothes and look at themselves in the mirror. Then they turn around and step into the brighter centre.

A smiles at B, C observes D, E and F start to talk.

Now, having performed the gestures of “submersion,” “undressing,” and “surfacing,” you feel part of a  natural landscape into which you have been subtly and sensitively introduced. The decisive moment - as you emerge from a (…) protected (…) into the open landscape - now calls for initiative and active involvement as you begin the exploration of the complex topography. (04) 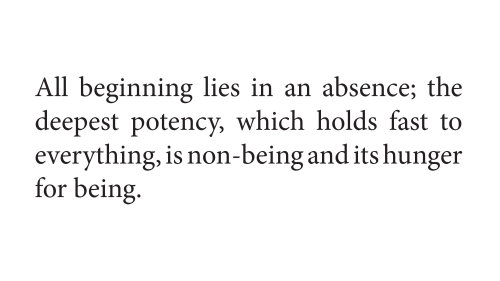 It is filled with dreams. As you take pleasure in all the beauties of this landscape, you seem to find yourself, so to speak, in a strange region of the universe, no longer completely enclosed in the mire of the earth or completely free in the purity of heaven. (05)

A, B, C, D, E, F, …. delve into, uncover, disclose, reveal, divulge, discover, unfold (06) create new outfits, identities, get lost in the maze, until they find themselves again in ecstasy. 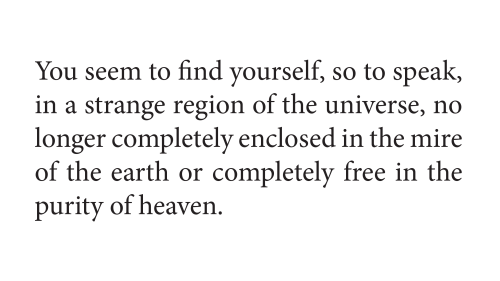 It is a dark room, impossible to see the outfits of other guests. The alphabet gets presented with a stimulant. The characters become less prejudiced and interact. The mood is cheerful and exuberant.

High aloft, with all that improbability which is in nature; neither at the nadir nor at the zenith, between man and seraphim, above the mire, below the ether, in the clouds; hardly flesh and blood, soul and ecstasy from head to foot; already too sublime to walk the earth, still too heavily charged with humanity to disappear in the blue,  uspended like atoms which are waiting to be precipitated; apparently beyond the bounds of destiny; ignorant of that rut; yesterday, to-day, tomorrow; amazed, rapturous, floating, soaring; at times so light that they could take their flight out into the infinite; almost prepared to soar away to all eternity.  (02)

But then condemned finally to reveal themself in their true, diabolical nature to the soul that in ecstasy asks “Who are you?,” who knows how to grip the soul and delude the body. (05) The alphabet falls into the void. 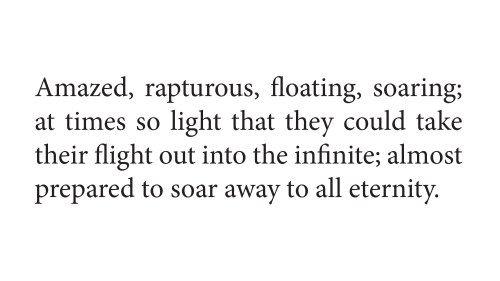 It is empty, no reference point, no hint. Only the visitors and their costumes. All the alphabet can do is talk to each other, or fight. The void (…) gives play to the pieces, it constructs/deconstructs itself (…). The articulated pieces separate, compose and recompose. (06) It is an inextricable unity of order and disorder, of the reasonable being of things and the nothingness of madness. (…) Joining vision and blindness, image and judgement, phantasm and language, sleep and waking, day and night (07) “the point where there is neither good nor evil, neither life nor death, neither nothingness or somethingness .” (03) the void encompassed everything. (08)

A sees B in all its splendour. C sees D’s identity. E sees F’s believes, so different from his own. A debates with B, C disagrees with D, E attacks F.

A fights against B, C against D, E against F. Like a choreography they change dance partners. A vs C, B vs E, D vs F. They change partners again.

Mind against the Soul.

Until it all collapses. 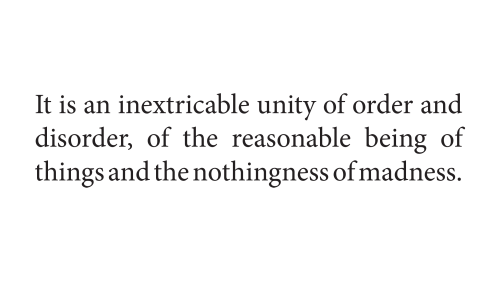 Oh, this trio. Thank you.

The garden of radiated evolution, One looks down in another place on water which plashes from dripping stone, and passes on over a rocky bed to a ravine whose sides are planted with beautiful things.[1] Styrofoam eating creatures, mutogenic plants, viruses. Heat, cold, thirst, hunger, encounters, dialogues, desires [2]

[1] Gothein, A History of Garden Art