I wish jype a very faq u

I, somehow, hope Channie will not do his vlive tomorrow. As long as I need his chan’s room I’ll be devasted to see him looking down & tired (like after the Han’s scandal). I’m also worried about the chat going wild and people sending him some hate comments……

what an exquisite human being

so stray kids stans I need some help pls

I recently got my grandma (I KNOW MY GRANDMA?!?!?) into kpop and she LOVES stray kids, well she saw a tiktok uploaded on twitter and there was this one clip that she wants to find the original video for. I’m struggling to find it but if anyone else has any idea lemme know!!!

I dreamt of bangchan being drunk today and uwu it was so cute!!!!!

#chan gets his own set#everyone else is paired off#on account of chan having the intro#so he has twice as many gifs#a.c.e#chan#kang yuchan
4 notes
letsstaywithstraykidz
Text

3racha moodboard! idk what I did at this point, was struggling with it a bit and gave up. So here’s just whatever I did. hope y'all like it. XD

you took the train to see him. in return, he paid for your books. he always promised you he’d show you around the shops; take you browsing for used records, show you the hidden vhs section of the rental store… and to top it all off, he brought you to his favorite mexican place. the city was aglow… but you beamed brighter. he made sure of it.

thinking being in a poly relationship with Chan and Felix…😳😳 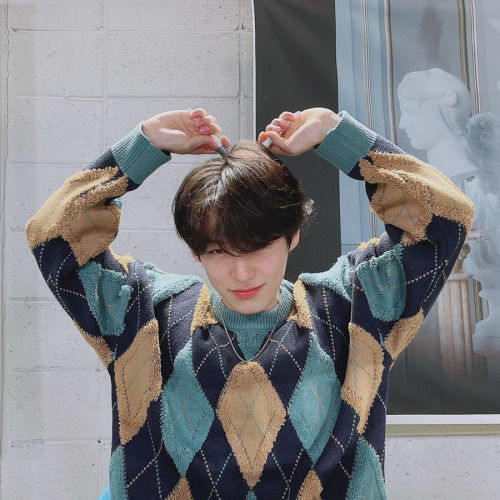 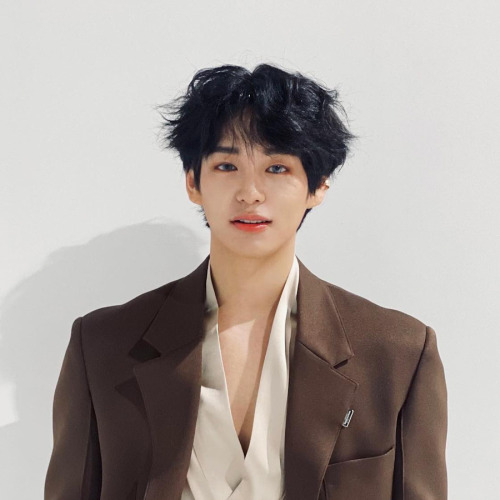 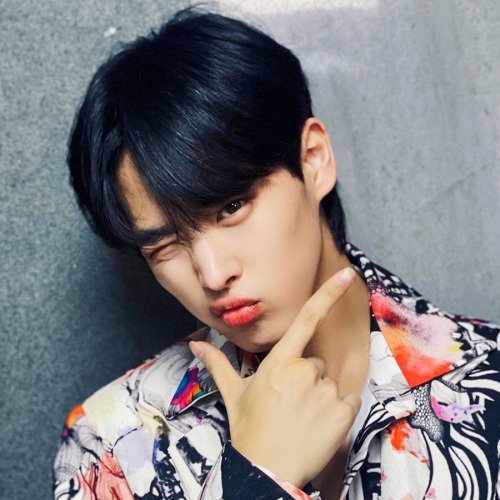 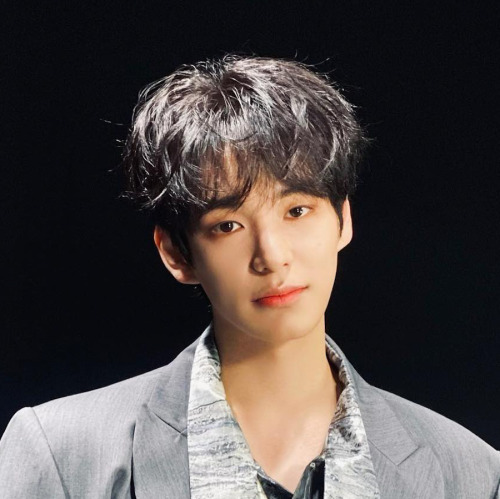 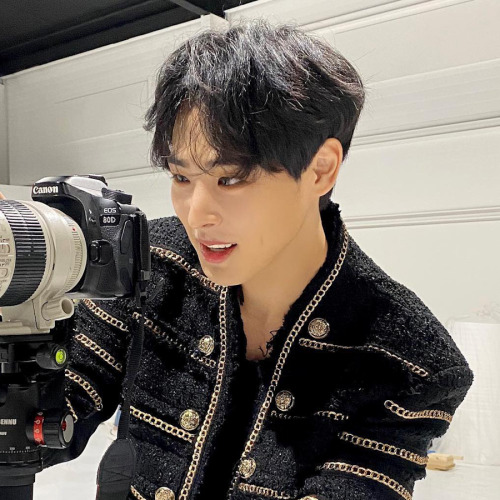 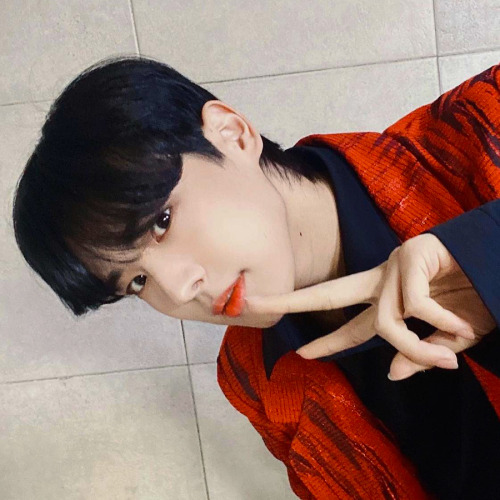 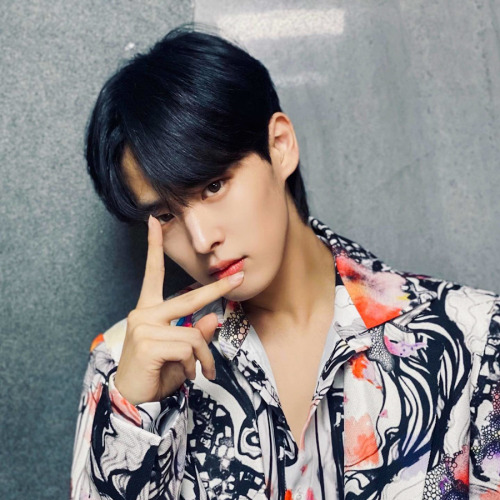 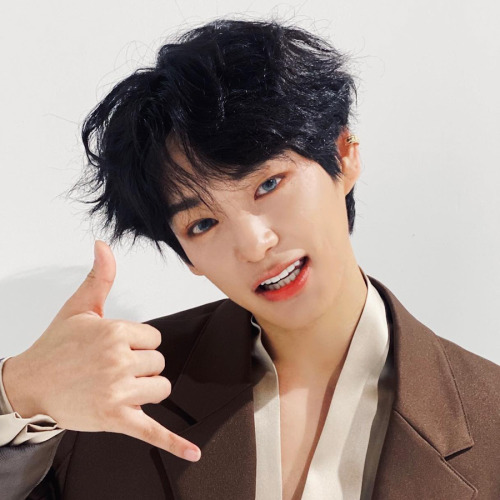 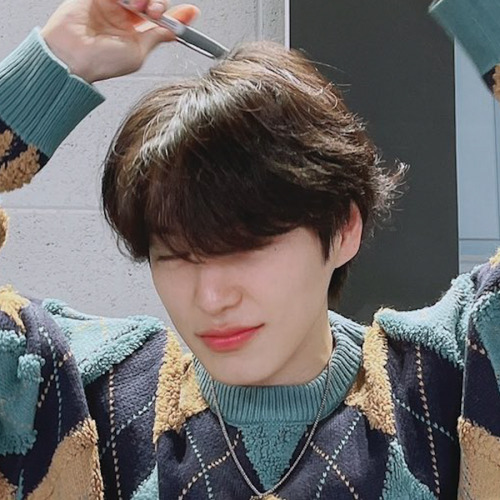 “You look like you could use this.”  Younghee glanced up at the person holding out a water bottle towards her.  She took it warily and Nari laughed at her.  “It’s not poisoned or anything, I swear.”  Younghee let out a small smile and sipped the water.  She was thirsty and she didn’t think it was poisoned or anything.  She just was weary around strangers.

She knew of Nari and she knew that Nari was really good.  She had proved it too during their introduction stage.  She kept up with the boys, almost doing even better than them. It was also nice to not be the only girl on the show meant for boys.  She had tried to tell the others she could sit Kingdom out and cheer from the sidelines.

She was still fairly new and people were still getting used to her being in the group.  She hadn’t wanted to make it any worse or anything. So, it was nice to see someone who was in the same position as her.  “You did really great!  We heard you were talented but you’re like monstrously talented.”  Nari said, taking the seat next to her.

This part is unedited so sorry for any misspellings :]

Demons can not fall in love with a human nor an angel. That’s like rule number one of hell. But Changbin, the up-coming king of hell, broke it. Even though his friends had told him not to, he made is way to the human world to find his love, [y/n]. [y/n] didn’t have the best life. Her boss and co-workers hate her. Her family won’t talk to her. And she lost all her friends over a fake rumor.

[y/n] was in the living room, watching TV, when she heard a banshee like cries and shrieks. She followed the noise to her bedroom. When she opened her, she saw a tall figure with 2 huge horns on his head.

After seeing the portal behind him and seeing all the fire, she ran as fast as she could out the room looking for her phone to call 911. After finding it under a pillow in the living room, she turns around to run out the house, the figure from earlier even closer before. Her face full of panic and fear. She drops her phone and starts to cry. ‘Please don’t hurt me…’ He takes a step back and chuckles. ‘Why would I hurt an angel of hell?’ Her scared face turns into a face full of confusion. What does he mean ‘an angel of hell’? The only thing she could say was ‘Huh?’. ‘You’re going to be my wife, angel. The next queen of hell.’ He smiled. ‘What the hell? No! I don’t who or what you are! I don’t want anything to do with you!’ [y/n] yelled as she ran out the back door and hopped over the fence. After about 3 minutes she gets lost in the woods and sits on a log. [y/n] puts her hands on her face and thinks about what just happened. She starts to hear soft footsteps. She keeps her hands in her face, too scared to see anything. She hears the footsteps stop in front of her and soft hands move her hands away from her face. [y/n] opens one eye to see the demon from before. ‘Sweetie. You can’t run from me. You and I are inseparable. We are like Ilo and Milo. Ilomilo baby.’

[y/n] wakes up, looking around the room, realizing it’s not her bedroom. She looks over to see Changbin snuggled up to her. ‘Oh fuck… It wasn’t a dream’ was the first thing to go through her head. ‘I told you,’ Changbin mumbled. ‘Ilomilo baby..’ Knowing she didn’t have any power to get out of this, [y/n] had to get used to this new world.

part 1 release date (might change depending on school and life): Next Friday or Saturday (March 5/6th)

hello! im taylor! im the author! if you want to be put on a taglist just tell me in my ask box! this is my first story so please dont roast me! anyways have a nice day!