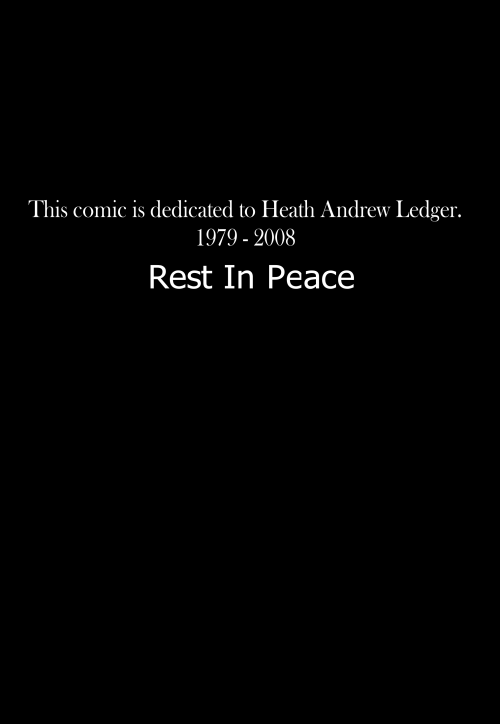 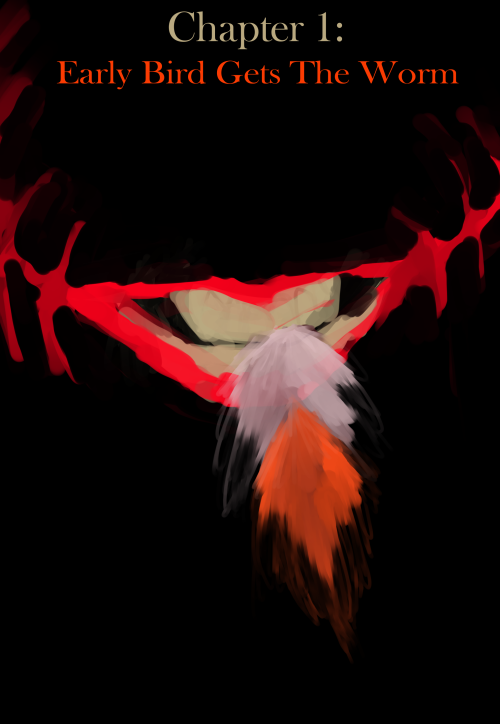 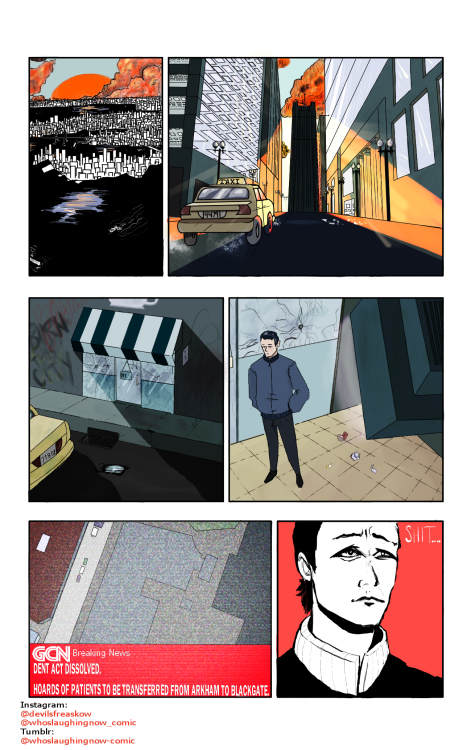 Okay, I’m not giving up this story. I’m getting to it again ;)

I ran hard, trying to escape the men that now were on my trail. Tears streamed down my face as my legs burned. If only I’d had gotten a ride home from school…

I grew annoyed, I currently waited for my sister to pick me up. My parents are out of town and my car’s being worked on, so she was my only hope.

I had waited five-teen minutes past when she was supposed to be here, and finally had enough, so I tried calling her cell.

I dialed her number harshly, placing my hand on my hip and the phone to my ear.

“The person you are trying to call is currently unavailable please leave a message after the beep, BEEP”

“Hello dear sister, I’m going to have to walk home because of you. So if I die, just know it’s your fault you. Love you!” I said sarcastically, my voice laced with venom.

I would’ve called Tyra, my bestie, but she was on vacation as well. Convenient right?!

I looked around and didn’t see many people in the parking lot. Just a couple teachers and students. I can’t ask them to take me home, I don’t know them well and plus it would be weird, considering I don’t talk to any of those people.

I groaned, silently cursing as I dreaded walking home. My house was a good three miles from the school, which is very annoying. Why did I have to live so damn far away?

Frowning I set off on my “journey” not noticing the three men following behind me.

I had been walking for about 10 minutes when I heard snickering behind me. I scrunched my eyebrows, I didn’t think anyone else walked home this way.

Students usually ride the bus or ride their bike home if their parents don’t pick them up.

I stole a glance behind me, that’s when realization hit me. Those aren’t students walking home. There were three grown men following me with knowing smiles across their faces.

I didn’t have any weapons, only my school bag and phone. I tried to appear calm, though my heart was at the bottom of my stomach.

Grabbing my phone I looked at the connection, No Service. Great, fucking great.

No cars had passed the whole time I had been walking, so I knew there was no way I could get help. I felt hopeless, tears blurring my vision.

Within the next 5 minutes they had gotten much closer, I was able to hear the words they shared…

There was no way I’d make it home in time, and the closest houses were about half a mile away. I stood no chance out in the open.

I wiped the tears off my eyes and shook my hands a little. I’m not going down without a fight.

I took of sprinting, running into the forest as they cursed me.

Their footsteps grew closer, sounding louder with every step I took.

I felt a hand tug my bag so I quickly slipped out of it, leaving the man falling to the ground due to the force he used to pull the bag.

I felt sick, I knew I couldn’t run much more, my legs began to wobble as I pushed myself faster.

Just when I thought I had a chance of escaping them, I tripped. My body was weak, and hurt as I backed up.

The men now stood in front of me, glaring. “You’re a fast little bitch, but not fast enough!”

The three began to grab for me. I sobbed, breathing heavily and scooting away fast. “No, no, no, please don’t do this.” I plead, my voice cracking.

“Shut the fuck up, you’ll like this you nasty slut!” They held me down and took my shoes off, beginning to pull my pants down, “NO, STOP IT!!!! SOMEBODY HELP!!!!” I screamed at the top of my lungs thrashing wildly and trying to get away.

I began to slow down, I couldn’t fight anymore. I felt as though all my energy was drained from my body.

The two holding me down fondled my breasts as the other one began to pull down my panties. I hyperventilated, snot dripping down my nose as I screamed for help. Though my screams now sounded cracked and weaker.

I just as the man successfully pulled my panties down I heard a loud growling noise.

The men all stopped, frozen in what seemed to be fear. The two by my head, that held me down were suddenly pulled off of me. Their screams of pain echoing in the forest.

The one by my legs was next. I didn’t look though, I didn’t care. All I could do was whimper and cry, for my limbs were to heavy to move.

When the sounds of torture finally ceased I felt skinny, cold fingers pull my panties and pants up. I cried, “No, no, no, no, no…” I tried jerking my body away from the thing as it buttoned my pants.

“It’s okay little one, I won’t hurt you.” I heard a masculine, yet somewhat static voice speak in my head. I’m not sure why, but his words comforted me. I felt myself being lifted up by slender arms. I sniffled a few times, unable to process all that happened.

I laid my head against the chest of whatever had me, feeling the soft black suit underneath. I peaked my head up and what I saw frightened me. It was a man, but as well as being unnaturally tall and skinny, he had no face and pure white skin.

What is he, is he going to kill me? If he wanted to kill me, I’m sure he would’ve already done so. But, why is he taking me, and where?

Questions flooded my mind as I laid my head back down. My eyes grew heavy as we drifted across the forest, it was surprising calming.

I know I should be freaking out, but I felt no sense of danger near me. If anything I was comforted by this thing. It made me feel safe, as though no danger could come near me.

As my mind calmed down I felt myself nestle my face into his chest, clinging to him like my life depended on it.

Which I kind of did, if he weren’t here I would be all alone in the forest probably dead.

I gripped his suit even tighter, earning a low chuckle in the back of my head. I bit my lip, “Thank you…” I whispered.

“You’re welcome, darling” his voice echoed in my ears.

I sighed and felt myself slowly doze off in his arms.

Ah, you’ve reached the end of Chapter One. You must’ve liked it :3 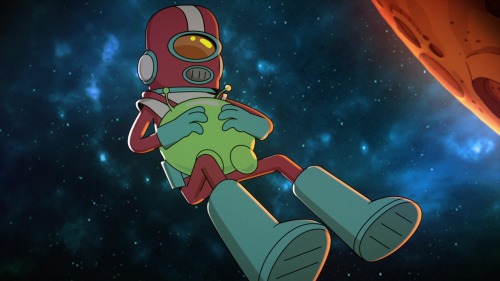 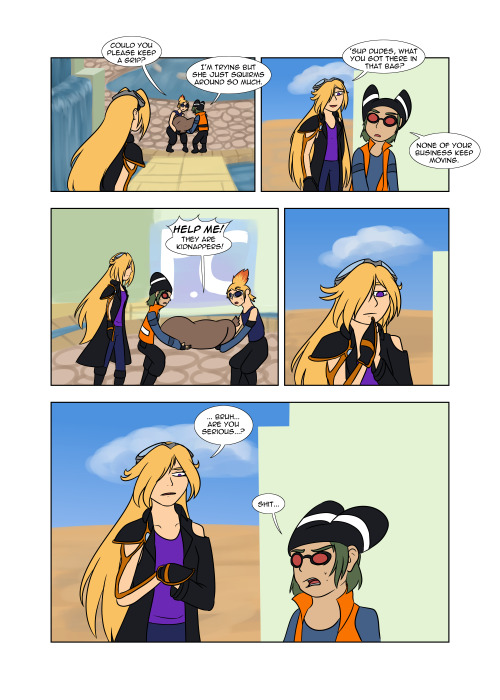 Rasha Lavellan wants something, and she has a plan to get it.  But she can’t seem to decide if she’s the hunter, or the hunted…

Rasha stands over the body, her pen and pad in hand as she examines the body. Whoever the poor sod is, he’s slumped against the wall, his eyes shut, an expression of unbridled terror on his face, his hair still in the careful slicked-back style, not a strand out of place.

If she didn’t know better, she’d think he was just a man who’d imbibed one too many and was sleeping the booze off in this dank, dark alleyway.

“What do we have here?” Cassandra, her partner, walks up next to her, a hand on her holster as it always is.

“Human male, late twenties I’d guess. Time of death unknown-” she gets down on her haunches, snapping on a pair of gloves as she does so. “Body’s cold,” she brusquely states, gently tugging his eyelids. His eyes, that would have once been rather a pretty shade of blue, are now white and rheumy. “Been here several hours, I reckon.”

“I don’t wanna be your friend, I wanna kiss your lips…”

i wanna be your girlfriend - girl in red 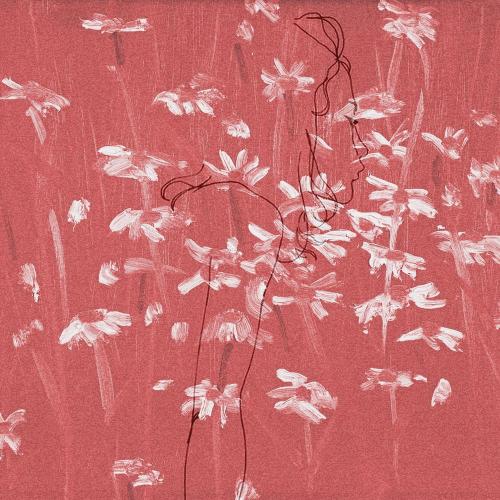 Summary: Hiding from Imperials, Aria accidentally discovers that Moff Gideon is alive. Just when she thinks her life is over, an unlikely hero arrives.

Aria had lived on Nevarro for the past couple of years and did her best to stay under the radar. She had fled Coruscant after Imperials made it one of their stronghold planets. Her parents worked their way up the ranks as Imperial officers, and just being in their proximity didn’t sit right with her. When she was eighteen, she left. Her parents knew that she didn’t agree with their ideals, and when they found out she ran away, they informed the entire Empire that she was to be returned unharmed. They wanted to… persuade her to join the cause. Besides, having a daughter that was considered a rebel wasn’t good for their image.

Aria had to lay low and bounced from planet to planet every couple of months. Eventually she settled on Nevarro. Attention was never something a girl on a planet full of less than stellar characters wanted. Nevarro was full of bounty hunters (who thankfully were uninterested in working with the Empire), and more recently, stormtroopers and other Imperials have had a heavy presence on the planet. Imperials always meant bad news. Aria stayed anyway, making sure no attention was drawn to her. That all changed when word spread of a former rebel shocktrooper, a hunting droid, the infamous Mandalorian, the leader of the bounty hunters Guild and a baby taking on Moff Gideon and an entire company of stormtroopers. She was smart and stayed inside her small apartment when all the action was happening. Somehow the small group of… vigilantes, for lack of a better word, made it out alive. Some stormtroopers started to hunt for the offenders when it was announced that Moff Gideon had perished in a TIE fighter crash. Life returned to normal, although the remaining stormtroopers continued to try and assert their dominance over the citizens of Nevarro. Aria was no fighter by any means, but she was a decent shot with a blaster. Darkness parts, Time rips you back to the present

Through the light you see rubies;

Four rubies flash back at you

Sinking their deranged teeth into safety

First you see glittering silver, and then fire

Supernovas tearing through your chest

Pouring out sockets and past staticalites 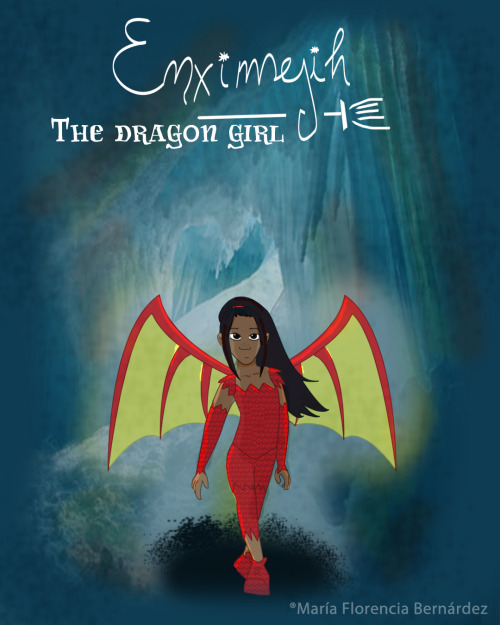