You shoot your boyfriend in the back and paralyse him ending your relationship and then thirty years later you meet him outside a cafe in París, offer to play a game of chess and ask him to move in with you. Sometimes it just takes that long.

during church, my mind wandered over to possible angsty alternate endings and my first thought was “what if the bullet had hit charles in the head :))” and i-

so guess what i’m gonna fixate on for the next several days :))))

Hello everyone. For matters of my own convenience (as I lose track easily) but maybe also yours, I have put together a masterpost for the moodboards and gifsets I have done thus far.

So, if you find yourself a little bored (in these times perhaps more than usual), maybe this can serve as a distraction.

The Darkest Corners of my Mind

After a joint mission of the Brotherhood and the X-Men gone terribly wrong, Charles finds his mental walls collapsed. Confronted with the reality that his nigthmares and traumas may turn into actual reality not just for him but everyone around Westchester, he makes a drastic decision, which leaves Erik to rescue the man from the darkest corners of his own mind.

Erik’s entire life is set on one goal, killing his tormentor Sebastian Shaw. The fact that people believe the likes of them, those with special abilities, evil magical creatures changes nothing about it - until he is caught by some of Reverend Stryker’s henchmen going through the towns to capture the “witches”. Erik gets unexpected help from such a witch named Charles Xavier whose entire life is set on one goal, protecting the witches in his care. But when the Reverend captures Charles, any dream of a peaceful future may require some actual magic no one truly possesses.

Modernday unwilling gladiator Magneto finds himself stuck with fellow mutant fighter Professor X. Though truthfully, this man is irritating Magneto to no avail, always smiling, as though this was some fun game, when it is not. Yet, Magneto may be in for some surprises when he winds up having to share quarters with the man who has the ability to freeze his opponents.

Charles and Erik are the perfect married couple, charming, successful and a delight at every dinner party. Yet, both are more than meets the eye. Not only are they mutants with special abilities, they are actually working for secret agencies as special agents. And that secret is so well-kept that neither one knows of the other that they actually are mutants and special agents. The happy marriage is in for some bad surprises when both are assigned to the same case and thus realize their husband’s acutal occupation. And this threatening divorce may be a lot more final than most others.

sometimes…you gotta create the change you wanna see in the world..

erik, seductively: am i a bad boy?

charles, impassive: yes, you are

erik, still seductive: oh yeah? how bad am i?

charles pointed the gun at his head instead hahahaahjs :))))))

Cherik Moodboard: A Question of Faith

Charles came to stay at the monastery he now calls his home at a very young age. He since learned to embrace the teachings and focuses most of his efforts on his studies and perfecting his skills as a scribe.

Just like he made his peace with the life as a monk he made his peace with his abilities, which allow him to read minds. When his family thought he was possessed by the Devil, hearing strange voices, it was the brothers at the monastery who gave him the means of silent contemplation to realize that it was not the Devil speaking but that it was God speaking to him through every voice of the people around him.

And so, Charles knows at once that the strangers coming to the monastery from strange shores are up to no good. However, despite his best efforts to keep the peace, Charles soon finds himself taken far away from home, abducted on a strange island somewhere in the sea which he never saw on a map before. And all he has left is his clever mind, his devotion not to fight but convince people of letting him go on their own accord, so not to corrupt his gift, and his undying will to return back home.

Put in chains, he finds it hard to believe when the leader of the group announces that they freed him from the people who are not like them, those without special abilities. Charles doesn’t know whether to laugh or weep. This man sincerely thinks that putting him in chains are his way to a freedom Charles has no interest in.

More than anything, he wants to return back to his manuscripts and prayer books. Yet, Charles soon finds himself strangely enchanted not just by this most beautiful island but also the community of people who found home and peace in these strange lands, far away from a world which, he knows, does not treat them all as kindly as he was taken care of by the brothers at the monastery.

While Erik, their grim leader, also tends to surprise Charles with his views on the world, with the truths learned in the hardest of ways, the man foremost causes him confusion edging on sheer irritation. Erik can so kind and caring to the people of the isle, and yet, he is driven by his wish for revenge on the man who killed his mother and made him believe he was a monster, Lord Shaw.

To make matters worse, Charles soon finds his faith wavering as desires he thought to have buried deep in the ink in his study resurface whenever they look upon the handsome leader’s face. But Charles must resist, he has to. He promised. He vowed. And breaking such a holy vow, it must be sin.

Yet, it isn’t only Charles who finds temptation threatening long-held resolutions. Erik soon starts to find himself drawn not just to the young monk’s ideas of a world of peace but also to the body and soul of the young monk testing him on every decision, challenging him on all those views Erik thought made up the world.

Though for what it seems, both have to make their choice rather sooner than later as peace and war don’t wait for people to decide on what is sin and what is not. And so the question remains on whether choosing love amidst the war can ever find a landing place, can ever find peace and grow… 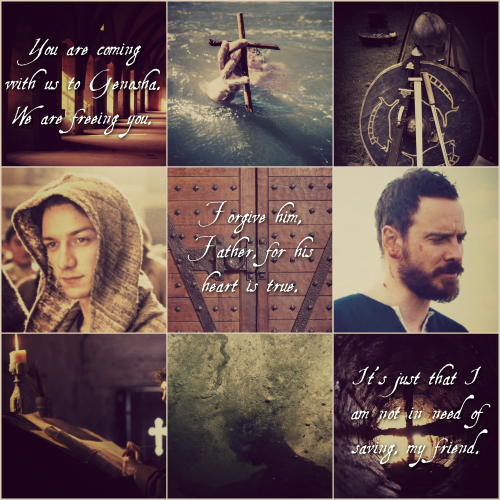 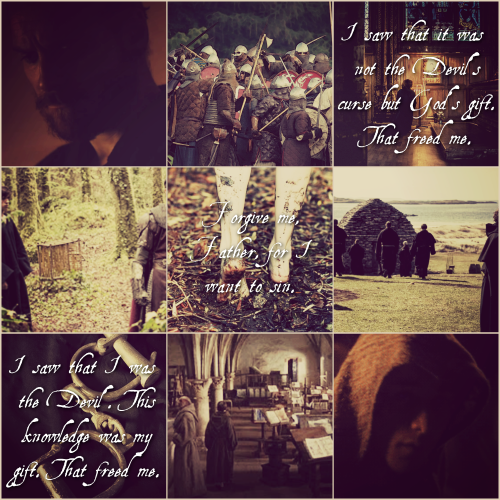 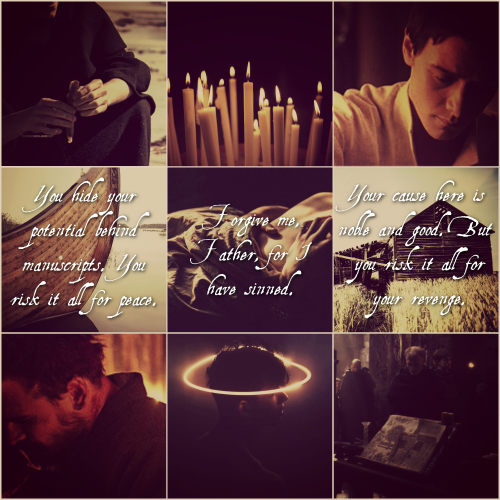 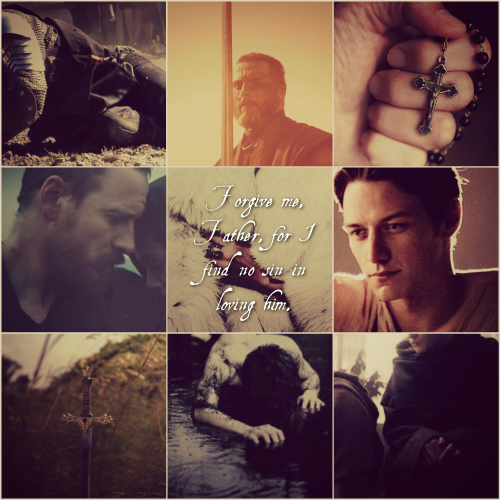 charles and erik but buzzfeed unsolved

I’ve never written an X-Men 100 word drabble before. Let’s give it a shot!

He’s dreaming; a nightmare or a memory or both. His body is sleeping but his mind is trapped. He can’t move, can’t yell, can’t wake. He’s not even sure if he’s asleep or awake but he does know he can’t move.

He tries focusing on something close by, something real. The metal in the room calls to him and he tries to reach it, to calm himself.

A hand touches his naked chest and he instantly stops. The pain, the fear, the uncertainty; vanishes. He can move. Erik reaches for Charles’s hand, raises it to his lips; kisses his palm.

cherik au: erik is a struggling photographer who just moved into the city and runs into charles, a young professor at a nearby university, in a café. the rest is history

this looks like those photographer au’s and charles decides to wear one of erik’s turtlenecks and erik, completely smitten, has a lil fun with the camera

cherik au: charles is a world-renowned soccer/football player while his bf, erik, is an upcoming star on the race car track

ahhh ok, i’m working on a piece, will probably put it off until spring break, and the prompt is basically:

charles owns a cafe down the block of a mutant friendly apartment. from the very day he’s opened the shop, he has met various unique personalities– none of which can amount to the joy and love he has for these band of certain mutants that live down the block. he’s only known them as regulars, however he cannot help but notice certain details that leave him pondering on their daily activities. why are they constantly sporting a purple hued bruise? what is that stretchy, red material poking out from sean’s pocket? why is erik constantly looking over his shoulder, almost as if he would be attacked from behind?

and why is charles suddenly tending to angle’s battered wing with spandex clad mutants taking over the espresso machine?

so yeah! that one superhero au that i’m a sucker for with a touch of oblivious, hurt!charles and a vv protective!erik

i’ll get to writing it during spring break (3rd week of march i believe..?) and hopefully have tons of things done by then :)) so uHhh just stay tuned i suppose

also if you’d like to use the idea, go ahead! it’s a fairly popular prompt, so i don’t have much claim over it. however, a tag would suffice ;)