#i decided to completely ignore canon, #IT'S MY SOFT AU AND I GET TO DECIDE WHO IS ALIVE, #François im so sorry i'm so sorry honey, #also i dunno why but i feel like Elodie and François would be friends, #maybe the introvert vibes, #my trashy art, #victor hughoe art, #CaG, #CaL, #chasing a ghost, #chasing a legacy
11 notes · See All
enjolorasAnswer

Argh Lulu are consistently ridiculous! If you send me your email address in a private message I’ll send you a PDF for Chasing a Ghost 😊

Ahaha, please please do, I would 1) love to see how you imagine him as an adult and 2) want to see how thoroughly irritated he would be to be the tiny one stuck between the two Disaster Siblings that are his older brother and baby sister.

Urg it’s hot and muggy out. I think I will nap and continue my live blogging of Chasing a Legacy when it is cooler tonight or (if my nap accidentally turns into full sleep) tomorrow morning

Same Camille same! Shopping for a prom dress was a nightmare. Everything was itchy or too stiff or just felt wrong. Good texture clothes are had to find

Oh sweetheart. I just want to giver little Marianne a long tight hug and make it all better

Ah throwback to 11th grade. Oh to be 16/17 and intentionally pissing of a homophobic teacher by only every writing papers about gay things

#chasing a legacy, #please ignore my terrible highlighting, #I don't have good fine motor skills when it comes to pen manipulation
3 notes · See All
wolfstarforeverText

100% accurate. I’m a Bostonian and it is brutal here

Let’s do this thing!

My copy of Chasing a Legacy by D. A. Ravenscroft (aka @enjoloras ) just arrived. It’s huge and I am pumped!

@bernard-the-rabbit hope you don’t mind I used your art for this like the last meme :P

(FYI Marianne’s ‘awkwardness level’ is just in general, if we were doing ‘awkwardness around Elodie’ it would be MUCH higher lmao) 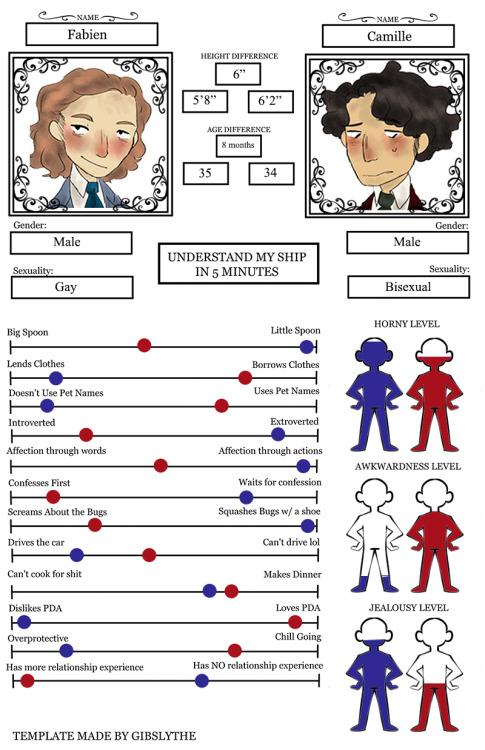 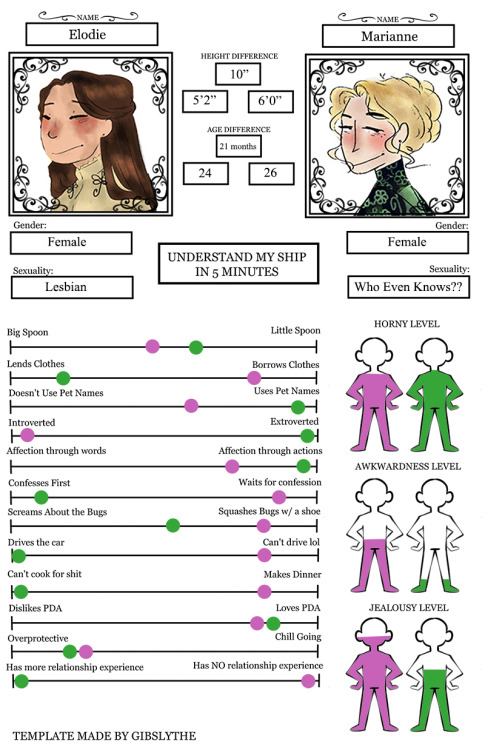 Ohhhh that’s so lovely please share it if you feel you can! I would love to read it! Also, ‘semi-modern’ is such an intriguing description…

Ahahaha 😂 such a weird ask without context. No, I don’t think they do. In the 19th century records and such were often a bit all over the place/poorly managed, and they had no contact with Fabien’s parents due to their family drama, so I can’t see the information ever getting back to them.

That seems very likely, yes! Originally his middle name was Camille, which is like, a huge deal to Camille because as we know, Fabien can come across a bit prickly, and giving Laurent his name for a middle name was a very small public gesture of affection. Though, Laurent can definitely have two middle names. That was big in the 19th century, looking just at historical figures on wikipedia from that time and place there’s people with like six fucking names 😂😂 Two middle names is amateur. Heck, if anyone wants to chip in with nice suggestions for one that sounds nice with his name, I’ll welcome them!

Probably something Hebrew, to honour his mother and bc his Jewish identity is understandably important to him. His deadname was Hebrew, but even *I* don’t know what it was, exactly. No name has sprung to mind and I don’t need to know my trans character’s deadnames bc they’re…well, they’re dead, y’know? (Tbh realistically Laurent’s name should be something else for these very reasons, but Laurent existed w his name before I decided Fabien was Jewish, and I suffer terribly from becoming attached to names so alas) Instead of getting to pick his own name, though, he had to think smart and go with the very convenient option available to him re; his cousin’s identity. It was a fairly foolproof plan to get him enrolled at the Sorbonne and give him a head start in life. I feel like he was like ‘Urgh’ about the name Fabien at first, but after a few years hearing it used for him, with that being so gender affirming, he grew to like it and is now very fond of it/wouldn’t change it.

Oh, see, with Fabien, that’s a curious one! Because Fabien’s relationship with gender is much more nuanced than Enjolras’. With Enjolras it was very much ‘I am a man. I experience intense dysphoria and need to live as a man!’ - Fabien, however, is a bit different. Truthfully in a modern AU, with the language to properly define himself, I think Fabien would lean more towards being transmasculine nonbinary. He’s much, much closer to being a man than a woman, but obviously it’s not like, a sliding scale, it’s far less simple than that.

But basically Fabien acknowledges that he didn’t really hate living as a woman, it wasn’t completely unbearable, he didn’t hate the clothes, but he was much, much happier identifying as a man and living as a man, and his ultimatum about needing to transition or being a 'miserable daughter’ stemmed from realising he had a strong preference.

Essentially his relationship with gender is 'meh, but this fits me much better and makes me happier.’ I don’t even think there was a defining moment for him, it was just a gradual understanding of himself. It helped that his parents essentially forewent all gender roles, which is a pretty big deal in the 19th century. It allowed him to learn about himself at his own pace. I do, however, think if he’d forced himself to marry and continue living as a woman he’d have very quickly come to hate it, since any man he married would have likely expected him to adhere to gender roles at least a bit, and Fabien is Not About That.