Two sides of the same coin

Below are the separate drawings:

New pics of my individual Miraculous box + the jewelry. 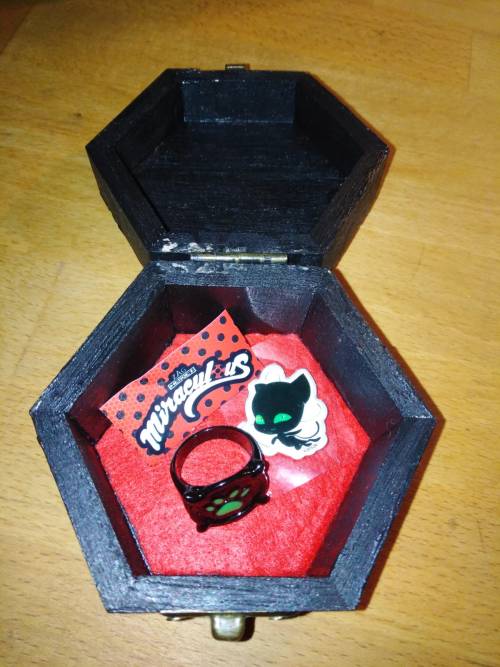 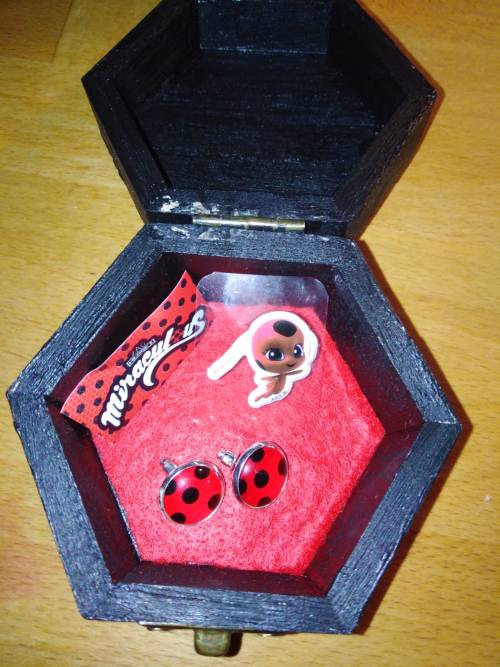 Summary:  Marinette needs a model to finish her figure drawing portfolio. If drawing Chat Noir will distract him from asking why she refuses to ask Adrien, then she’ll make it work. (It’s not like his suit leaves much to the imagination, anyway.)

Notes:  See AO3 for notes. tldr: the main genre is humor and despite what you may think, there are no sexy times

“This is terrible!”  Marinette flopped face-first onto her bed and wailed into her pillow.  “I’m going to fail figure drawing, and get kicked out of the design major, and never get an internship and starve trying to get commissions and I won’t be able to afford cookies for you which means you’ll have to find a new chosen and Chat Noir will hate me and—”

“Marinette, breathe!”  Tikki ordered, lightly smacking the part of her cheek that wasn’t buried in her pillow.  “You’re catastrophizing again!  None of that is going to happen.”

On a conscious level, Marinette knew that.  But that didn’t particularly matter right now when her mind was racing and the final due date for her portfolio was days away and there was no way for her to catch up now.

The figure drawing lab was closed for the models to prepare for their finals.  This wouldn’t be a problem, except she had missed too many classes due to akuma attacks to finish the pieces she needed.  All she had were five out of fifteen finished drawings and six loose sketches, hastily abandoned while she made increasingly awful excuses to go transform.  “I need to go water my plant” had been the most recent.  It was a miracle Professor Carbonneau hadn’t kicked her from the class already, considering how coveted the seats were.

But it didn’t matter if she was technically in the class if she couldn’t draw enough live models to pass.

Chat Noir: I have a plan!

Ladybug: You have a plan?

Ladybug: That is the complete opposite of a plan. 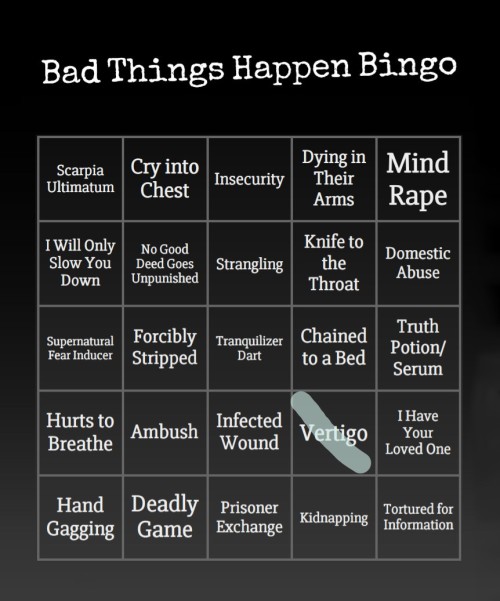 I have to admit that I’m really struggling to appreciate my art and not compare myself to others. I’m gonna post this anyway :)

Marinette makes sure Chat’s favourite snacks are ready for him when he comes at night, and Chat brings the cosiest blankets and the best DVDs.

…the latest of the #frogdoodle series!! 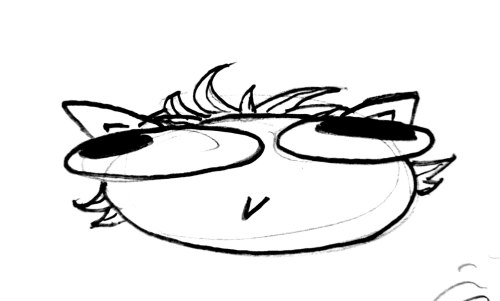 It’s clearly very low quality but I had to, and its the first time I actually drew a guy and finished it 💅

I hate to disagree with you but…

So I’m rewatching Miraculous because it has been a while since I have stayed up to date with the latest episode. And I thought I could use a refresher of what has happened. Anyway I’m on the episode Antibug. And I noticed that Marinette transformed in Chloe’s room. Wouldn’t though Chloe have been able to look back on the cameras recording and footage to see Marinette transform into Ladybug??? Cause the whole hotel had cameras all throughout the hotel including her room and Chloe is able to see it all in her room which is why she watches Ladybug and Chat Noir talking to her butler when figuring out about Sabrina and Chloe’s fallout in their friendship….

Unless because when Ladybug says miraculous ladybug it not only makes it where it repairs everything. And where the akumatized victim doesn’t remember anything it also takes away the footage from the cameras…… but then that wouldn’t explain the Lady Blog and how Alya is able to record the events……

Not to ship hate but…why is Adrichat a thing???

I’m all for loving yourself but…

PS if I read an Adrien and Chat Noir lemon story, would that be considered masterbation?

GUY! GUYS! GUYS! (And girls too) I was yesterday at Violetta’s home (And before any of you start, WE ARE JUST FRIENDS!) doing the project for Mendeleiev class, and anyway, when we finished I went home, and who do you think I saw?

One of our heroes! Chat Noir! He was so sleek. I thought of calling his name to see if he would sign my shirt or something, but I understand that he could be on his way to defeat a akuma or something. But… like… he got inside the Agreste’s Mansion. I mean, I heard he asked for a bathroom in the Le Grande Hotel one time, so I thought it was something similar, after all, what could a super hero want inside a mansion?

But then I remembered the time that Adrien made that boys –only party, and that his room is awesome and thought that maybe Chat did indeed wanted to make use of the facilities. So I waited. And waited… and waited… and he never come out (And mom berated me for being late)

But then I had to walk Peanut (my dog, for those that don’t know) and… I saw Chat Noir come out again.

I know some of you will want to lynch me (I’m looking at you Adelaide) buuttt… What if Chat Noir lives there?

I mean, Adrien, from the Akuma Bustier’s Class lives there, and… well, I hope if he reads this doesn’t take it wrong but… we have never seen his father at school. It’s always that huge dude OR that Lady with the bun, which I thought was his mom, but it turns out she’s his dad’s assistant or secretary or ninja assassin bodyguardor something. At most, his dad will be in a tablet, which is rather creepy. Like that time we had that hat contest.

Maybe he doesn’t go out much because he is busy working on strategies with Ladybug to defeat Hawk Moth?

Marinette: Remind me again why I’m so in love with you?

Marinette: Ah. Of course. This.

Hey! Here my NEW comics~
I redraw this scene because I really think, Adrien should be singing this song! The “Chat Blan” episode was released before “Heart Hunter”. So she definitely heard his song. GAAAH!!
Ehem…////
Thank you all, for supporting me, I really appreciate it!~♡

Donate $5 for a bust sketch to support Black Lives Matter on my Ko-fi!