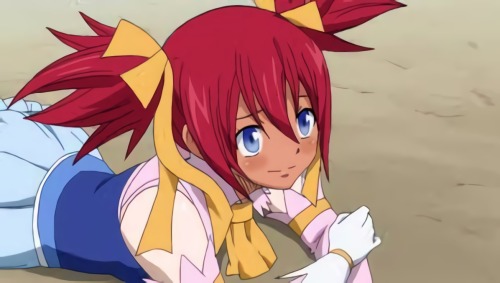 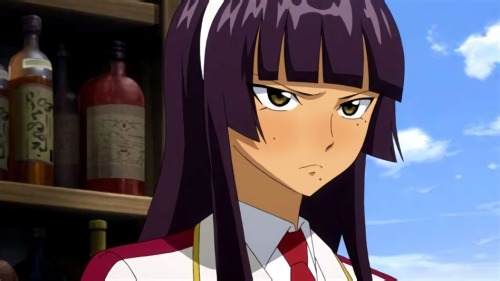 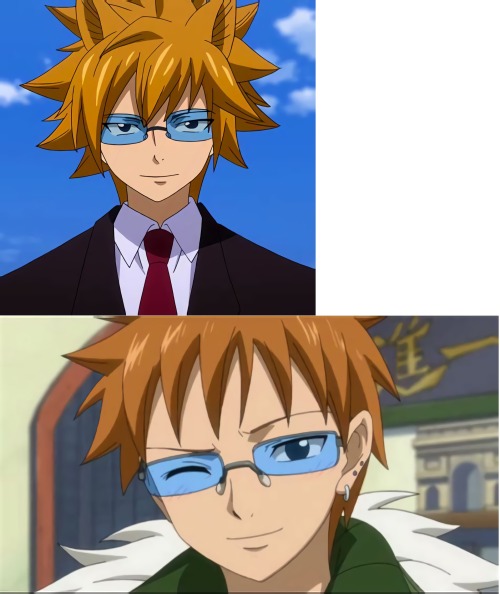 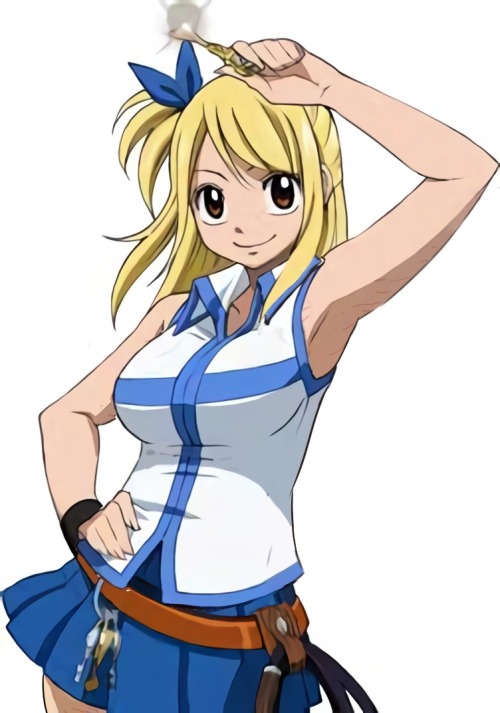 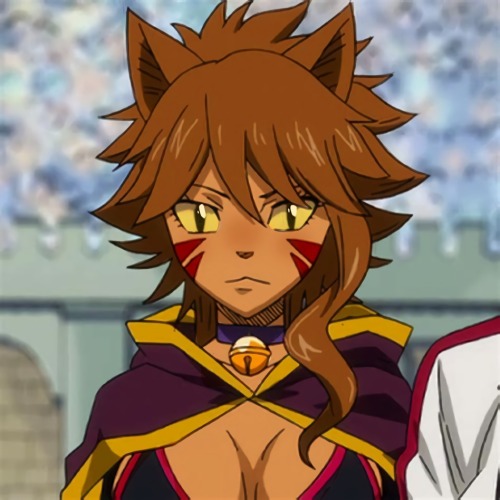 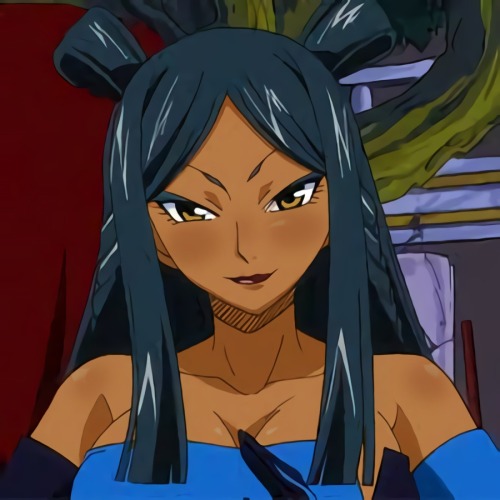 Eventually I’ll find the words to make my ocs’ stories…coherent <:3 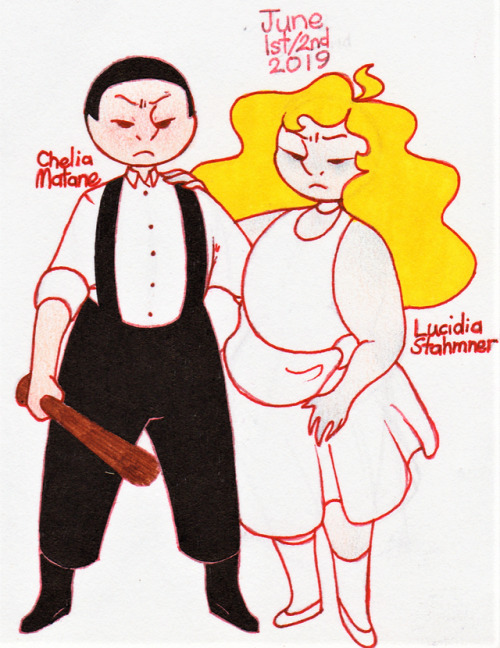 The kids just kept coming.  “They give the BEST handouts!”

What began as one of two kids every few minutes- turned to a constant onslaught of doorbell ringing just from the power of word of mouth. Ghosts, goblins, witches, princesses- even a couple of care bears. (Chelia was certain she’d handed candy out to an entire family of the Incredibles at one point as well.) Masks after masks- and even a few people claiming to be dressed as a ‘blind person’ came to her door.

That last one made Chelia cringe, actually- but she opted not to say anything. Tonight was supposed to be a night of fun, not starting fights with random strangers. Though that particular one got one of the fun sized snicker bars rather than the giant bucket full of king sizes she had hidden behind the door.

And that was what caused the onslaught. King Sized Snickers. King Sized Kitkats, Zero’s, Butterfingers, 5th Avenues- you name it, this house had it. And everyone was trying to get a handful for their halloween baskets or pillow cases.

It was making Chelia’s arm feel tired from the amount of times she’d opened and closed the door. Perhaps she should just prop it open and leave the screen door in place….

“Trick or treat!” And there was another one- kids shouting and ringing the door bell until she felt it was about to break. Why had she told Lyon she was going to do this?

“Happy Halloween everyone!”  She greeted happily, giggling at the sight of a wolf monster, but facial expression freezing when she saw an older kid behind them, looking quite bored.  “Err- let me go ahead and get you your candy!”

The bored ones were always the ones to cause trouble. Reaching for her bowl of candy, she froze, realization setting in.

“So- “ The bored teenager spoke, eyes rolling, “Where’s the king size candy we’ve been hearing about?”

Chelia’s fingers froze on empty air- the bowl was empty. “Uhmmm-…  One second!”

Turning around to shout down the hall, she only hoped her current room mate could solve the issue. “Wendy!! The bowl is empty!” She had to ignore the way the teen snorted or how the other kids gasped in disappointment. Please, please PLEASE tell her they had more. PLEASE!

Wendy, her best friend and current room mate, poked her head from the kitchen doorway, apron covered in the guts of pumpkins and large carving knife in her hand. “Oh- uhm wasn’t that the last of it Chelia? I’m sorry, I don’t think we have more.”

“Awww…”  The sad chimes of the children made Chelia’s heart clench, but that teen- .. oh that look on that teens face.. she just FELT how he was planning to get them back for this. It was  Tricks or Treats right? Would he… trick them?

“Uh- well.. l-looks like.. we.. we should go!” He shouted, grabbing the hands of the smaller ones and quickly ushering them back off the porch. Huh- wait, what was his deal? Why did he look so scared? Turning back to face Wendy, Chelia had to fight back loud laughter.

That carving knife was covered in fake blood- and Wendy looked just as confused as she did. “U-uh.. why.. why did he look so scared of me? I .. i was almost done with the pumpkins! I’m not sure I did it right though…”

Finally letting out laughter, Chelia finally shut the door for the night, and flipped the porch light off. It looked like they were done with the candy for the day. A shame, she had wanted some for herself.

“Don’t worry about it Wendy- lets go light those pumpkins up!” 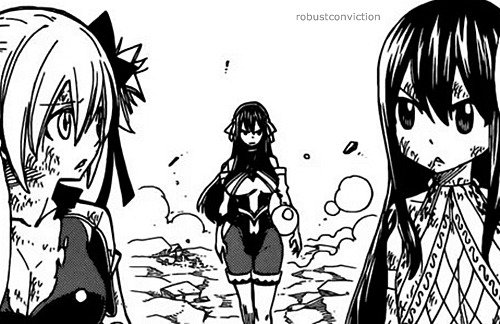 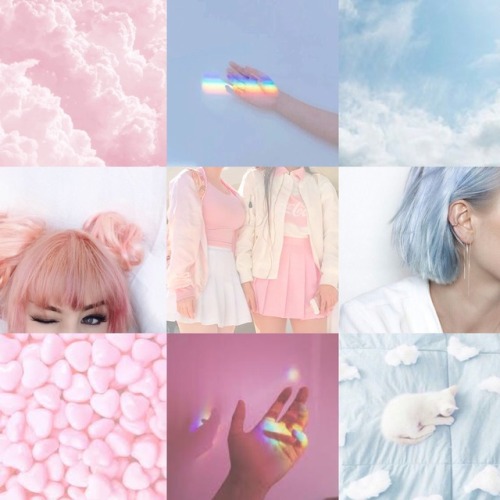 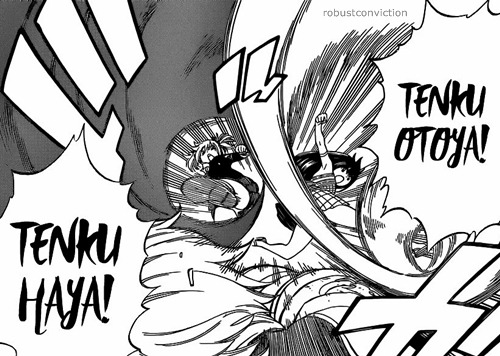 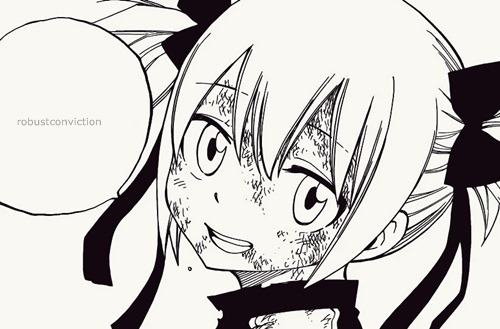 Beware of the mysterious “MEEEN” 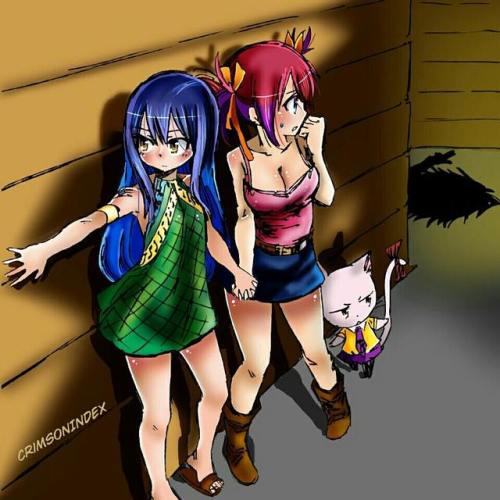 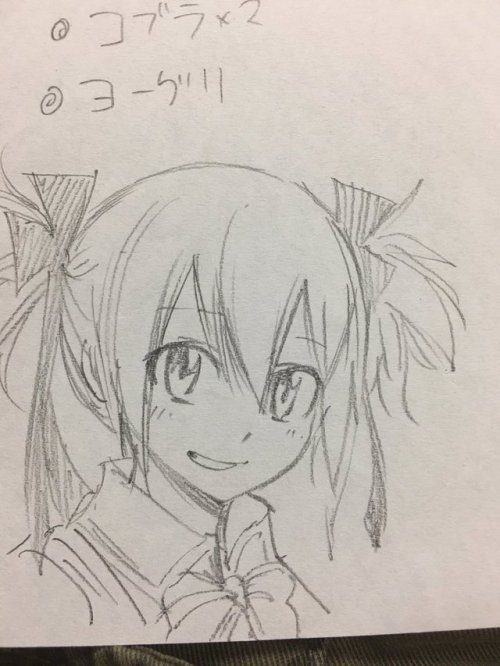 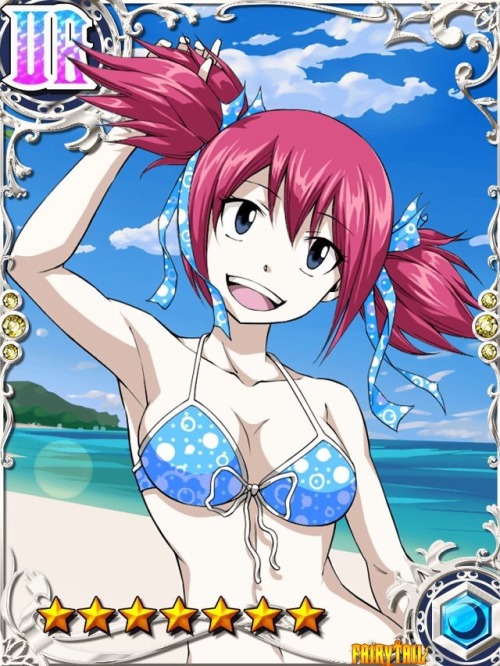 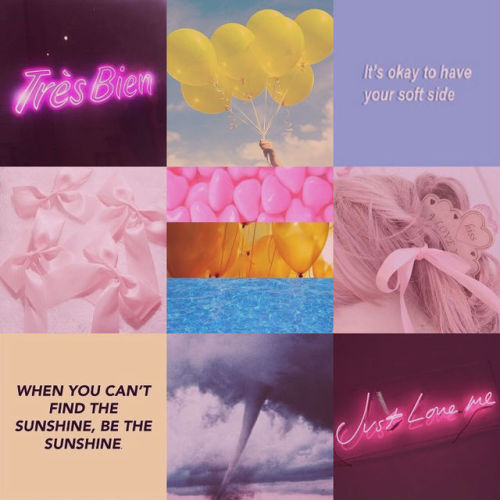 This picture is actually like rlly small on paper 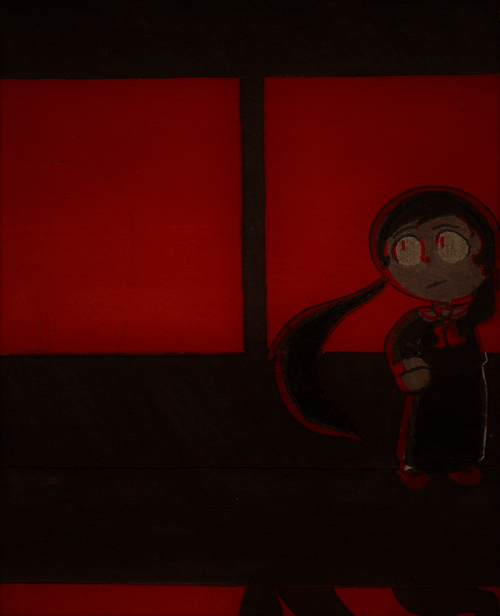 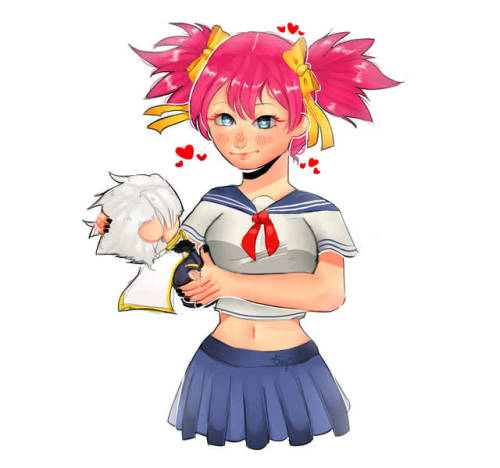 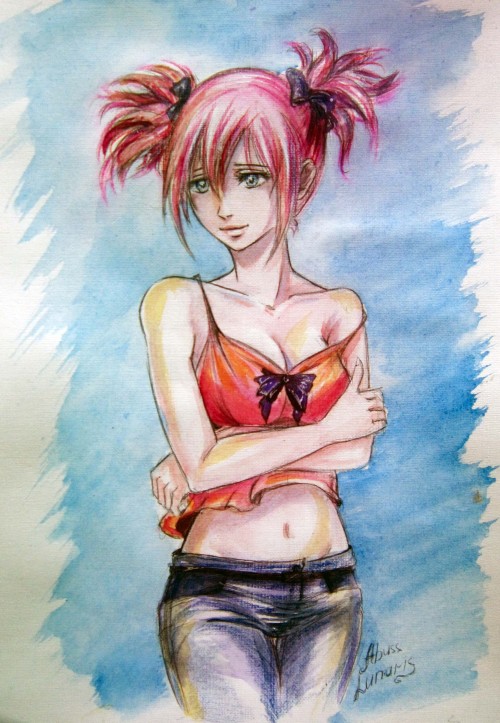 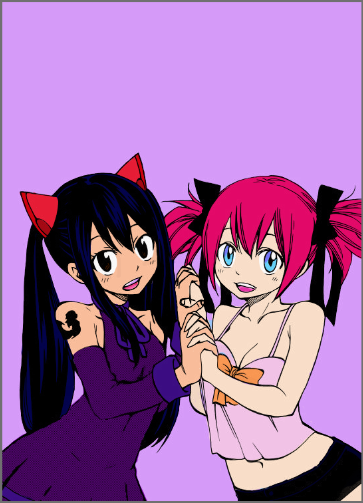 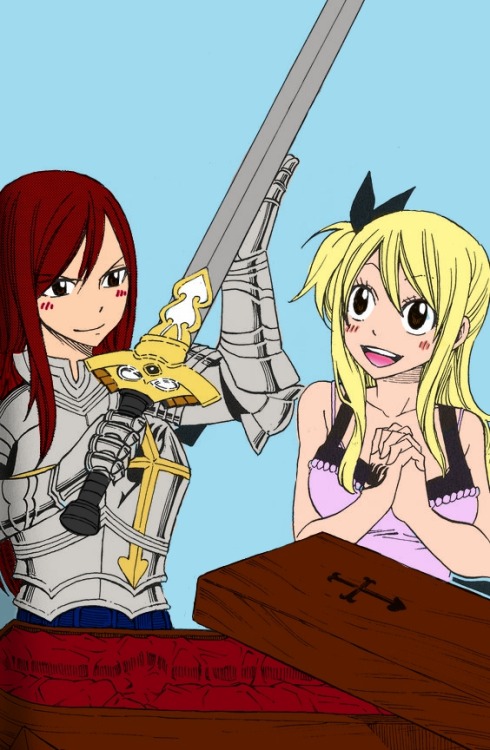 #ftfemslash, #chendy, #erla, #chelia, #wendy, #erza, #lucy, #i love these pairings so much, #and theyre just so cute, #and they look so in love in these pics
72 notes · See All
milky-kitten-0Photo 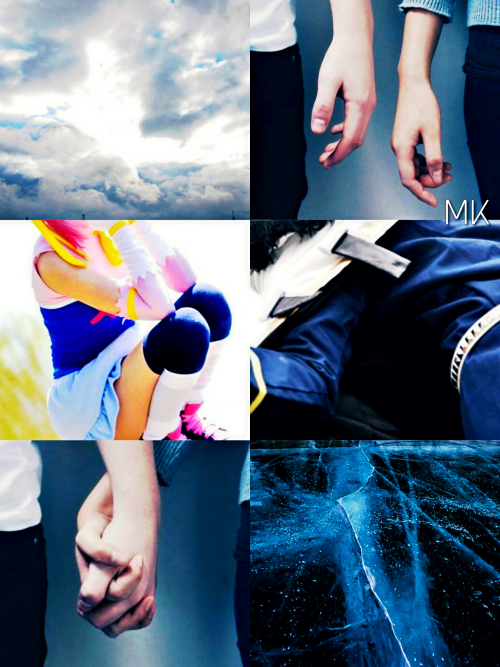 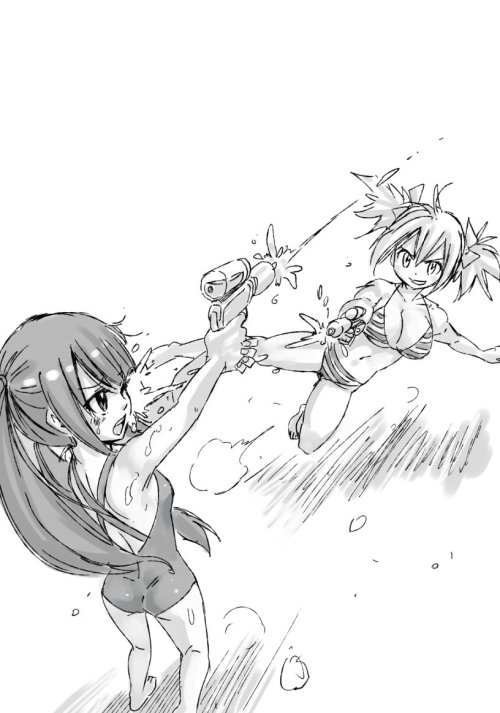 Back at it again with more MMD! Look at this precious bundle of wind and clouds! I love her and Wendy so much!

I only put things together as you know!

Credits to K-Chann on DA for Chelia model and Natsumi San with the motion!