there’s something I need to say, I meant to say always but I never have

I want you by my side

he has dreaming about wolf

#this is about charles and erik., #cherik, #x men
14 notes · See All
24personsinfreaksbodyVideo

Charles & Erik | Give Me Something

Behold, the final product from this post! Click on it for better quality since tumblr decided to shit on it.

#yes this is a reference to the fic i just posted what about it, #marvel, #x-men, #x men first class, #cherik, #erik lehnsherr, #charles xavier, #emma frost
33 notes · See All
msfbgravesText

Maybe that Roaring Twenties Berlin AU where Erik keeps calling Charles Sie while using his first name which is panties droppingly sexy in a way I can’t explain - “Meinen Sie nicht auch, mein lieber Charles?” with that sharklike grin - Erik possibly doing it to turn himself on, whether Charles understands him or not - boy’s a snacc but keep it classy, nicht wahr, Herr Lehnsherr? Immer mit der Ruhe - you’ll get him where you want him, pretty boy away from home… “Noch ein Drink, Charles?” Gaaah….

*Professor X introducing the Avengers to the X-Men*

Charles: And this is my husband Erik. He’s normally evil and he hates humans and thinks mutants are superior, but he hasn’t killed any humans in two weeks, and I’m very proud of him!

Tony: You know that … most of us are human, right?

Guess what that means😏

He just started rekindling his lost relationship with Charles who believes him when he says he tried to save Kennedy without even being able to look into his head. They probably had sex on that plane. But literally six hours later he’s just like “me?? happiness??? Hell no I’m gonna kill his sister”

#no one - and I do mean NO ONE — not even Tony FUCKING Stark - does self-sabotage like he does, #admirable skill, #Cherik, #erik lehnsherr, #Magneto, #X-men, #x men days of future past, #xmdofp
139 notes · See All
oshacompliantmagicalgirlText

Hey, anyone here know about Xmen first class fanfictions, specifically ones with eric and charles (sexy)? Theres one i cant find that i think was deleted, but its, uh… of certain tastes.

Hi Anon - I’m sorry but this doesn’t really sound familiar to me. Going to put this out to fandom to see if anyone recognizes the headcanon?

In 1964, the X-Men discovered Genosha, a small island where mutants were being held captive. In one day, they liberated the mutant inhabitants. In one week, Genosha was declared an independent country.

It all spiraled from there.

i was tagged by @trashpocket​ (hey bae ;)) and since im lonely here on tumblr and have no one but the void to yell at, i won’t be tagging anyone :((

okay let’s start off with my published WIPS lol i have quite a collection and boy do i regret posting most of these, but anyway that’s here’s my hot girl shit

“i’ll figure it out with a little more time” - (if u knew me at my thai BL phase no u didn’t :)) anyways this was a supposed to be a pretty short fic that features an oblivious Sarawat not knowing how to navigate his feelings towards Tine and Tine being an equally giant dumbass. their school is hosting a school dance and Sarawat’s emotionally constipated ass doesn’t know how to SPEAK and just ASK Tine to go w/ him. i swear i might be the author of this story but i also get mad at these fuckers

“we’re boyfriends?” - ah yes another Thai BL fic, i will admit. i have NO idea where to take this story lmao. i still wanna finish it tho cuz i hate disappointing ppl. the fic starts with Ae and Pond making a dumb bet so Pond will stop jerking off in their shared room and promises that he won’t do that as long Ae dates someone random and based off of Pond’s choosing. sweet bby Pete wanders into their campus accidentally  and gets picked. Ae does the deed and tells Pete they’re dating. Ae thinks that Pete and Pond are scheming to make his life a living hell but lo and behold Pete has actually fallen in love with him (heheheh)

“i wanna ruin our friendship” - hello lgbtq+ community :). we all know where this fuckin title is from don’t be sneaky. so here’s my KilluGon college fic. I initially wrote this like two years ago and uploaded it on wattpad lmaooo then i edited it and posted on ao3 and once again i have no idea where to take this (ive forgotten what my original idea for this was lol) so basically Killua and Gon are really close friends and Gon is sortof a player in this AU idk why khdkadha but anywayz all of Gon’s exes have left him bc they’re jealous of Killua but Gon would never pick his current S/O over him so HAAA. it all goes to shit tho when Retz decides to trick Gon to taking her back for the school dance and idk what path to go for T_T

AIGHT now for my UNPUBLISHED WIPS buckle up yall this is a LOT. all the titles are WIPS so that’s why theyre iffy lol

“pussy talented”- (don’t mind the title lmao i just wanted a cat pun in there somewhere) basically, Bokuto is a firefighter and Akaashi an editor. They work near each other and Bokuto often visits Kuroo, who works with Akaashi. Ofc Akaashi falls in love at first sight but then he overhears that he has a "Kenma” waiting for him at home. Akaashi assumes that he’s probably Bo’s boyfriend and then leaves him alone, making Bo confused as hell. Little that he knows that Kenma is actually a grumpy calico cat.

“killugon flower shop AU” - Wing owns a flower shop and Killua helps out with Zushi along with Alluka out of boredom and one day Alluka asks Killua to help out with her client then he meets Gon and is immediately smitten until Gon says that he’s looking for something that he can give to a girlfriend (it was actually Ging’s request lol), lots of misunderstanding, Killua being too shy to ask the handsome stranger out and Alluka and Zushi being done with his shit

“rice isn’t the only thing getting crushed here” - Osamu falls in love with one of his most loyal costumers—Akaashi and he thinks he might just have a shot at it until one day while Akaashi is ordering a bunch of riceballs, Bokuto Koutaro of Japan’s National Volleyball team enters the restaurant and sweeps Akaashi of his feet, unexpected angst and a generous helping of unrequited pining :)) dw this fic can go two ways: Bokuto is just Akaashi’s best friend who he hasn’t seen in months or b. Bokuto is actually Akaashi’s fiance maybe i’ll write both endings heehee

“killua is sad and gets lovebombed” - while staying in Whale Island, Killua thinks he that he doesn’t deserve Gon and tries to leave him while he’s asleep but his plan is stopped when Gon wakes up and they both end up revealing their true feelings for each other

“excuse to write charles getting fucked by two delicious men” - Erik and Charles have been in a relationship for years now and basically fell out of love so when Erik gets promoted and has to move, Charles agrees and so they break up. Charles turns to Logan (who harbors a giant crush on Charles) for companionship and sleep together once. Logan says it was an accident but Charles wants more and they establish a FWB situation of sorts since Charles isn’t ready yet. But then Charles gets into an accident and can’t remember what happened the past year and a half so he still thinks he’s with Erik. Meanwhile, Erik is living a luxurious yet empty life and when he gets the call from Raven about Charles’ situation, he immediately goes back running.

“killua in whale island” - KilluGon are like 20-ish and Killua visits Whale Island and Ging just happens to be there as well. Killua thinks about how even though Gon and Ging are near identical, Gon just looks so much more handsome. (probs just a oneshot)

“IwaOi overboard AU” - Oikawa is a rich pretty boy and Iwa a college dropout who works at his uncle’s repair shop with his younger brother Tobio and cousin Kyoutani ( both 5 yrs old). One day he gets called over to fix one of Oikawa’s cars and after a failed and disastrous encounter with a drunk Oikawa, Iwa leaves the mansion fuming. Later in the day, it’s discovered that Oikawa got in a car crash that took away his memories and since Oikawa apparently lives alone, he has no one to get him. not until Iwa comes ofc and with a malicious and vengeful intent, he tells Oikawa that they’re dating and live together in his crappy apartment

“dancer Akaashi” - Akaashi is a dancer, Osamu is a bartender at the bar he works at and has also been in love with Akaashi for the past two years. He doesn’t confess since he knows Akaashi doesn’t like romance but then enters a bright eyed cheery Bokuto who sweeps the unreachable Midnight Moon off of his feet, bokuaka but im leaning towards bokuosaaka since akaashi deserves two boyfriends

“ BokuAka (NSFW) ” - Bokuto pushing off a guy who tried to hit on Akaashi while they’re at a club. Akaashi gets so turned on he immediately drags Bokuto to the bathroom where he gets his facefucked in one of the bathroom stalls or Akaashi getting his face fucked in a dirty alley at the back of a bar after Bokuto gets into a fistfight.

Old banners I made for my fanvids: 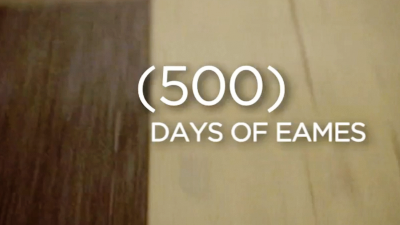 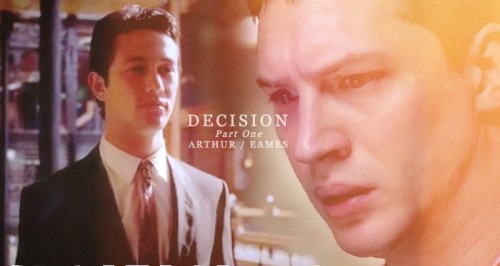 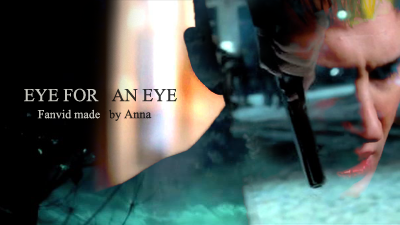 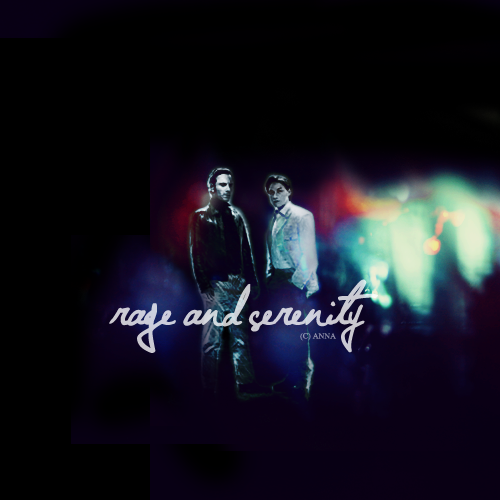 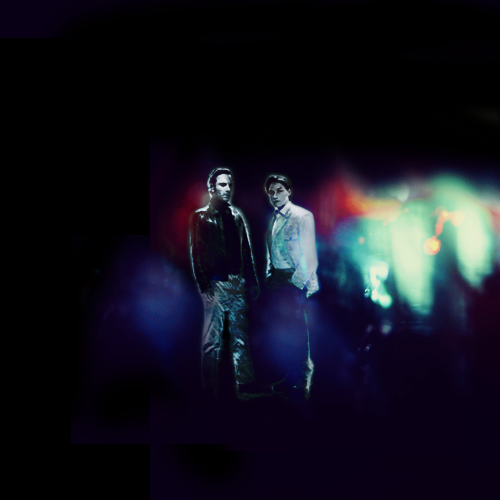