All speeches and video messages of Kate, Duchess of Cambridge 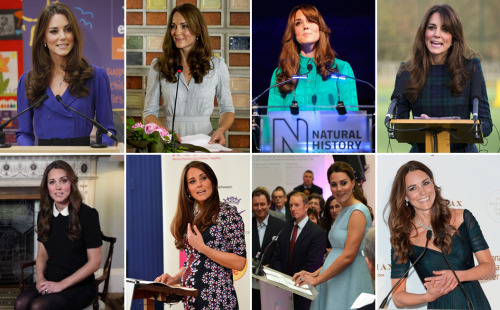 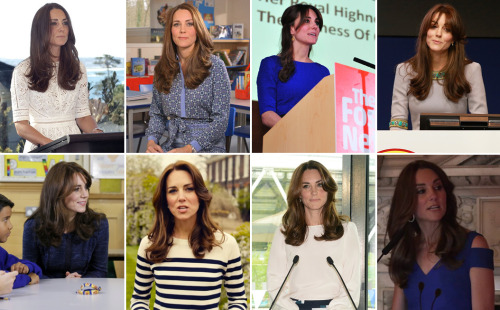 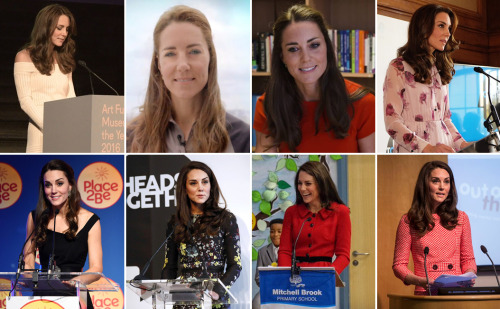 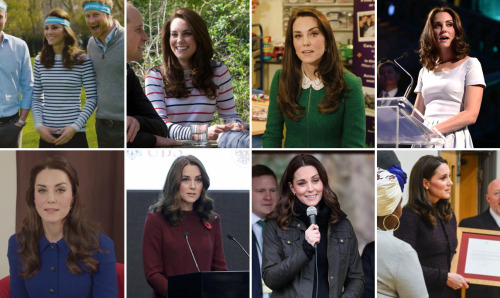 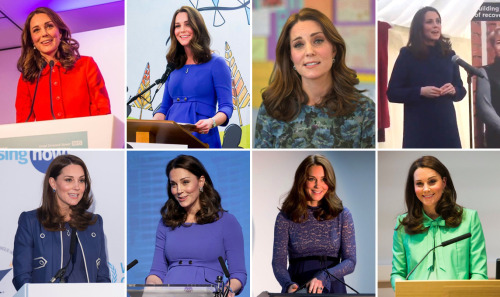 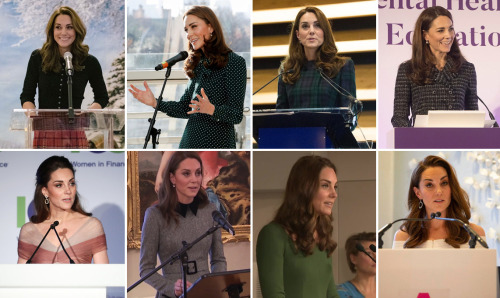 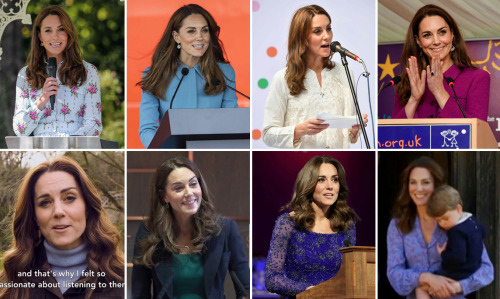 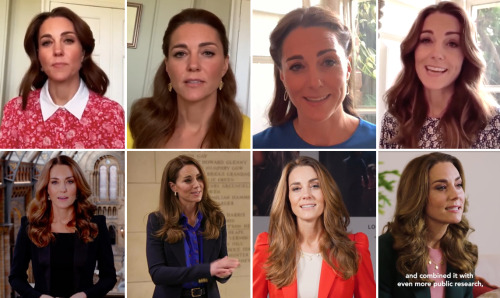 “The idea of bouncing back after pregnancy is bullshit. Socially constructed idea that everyone buys into. We have not fallen, we do not need to bounce anywhere, especially backwards. You are a brand new version of yourself, you are stronger. You have experienced a rebirth along with your baby. Yet, they want us focusing on stretch marks and pant sizes. Because if we focused on our ability as creators and took that focus and confidence to every other aspect of our lives, we would change the entire world”.

I woke up this morning nostalgic and inspired. Today I had a client session during which we agreed kids are to be welcome in the kitchen while mom or dad cook. The experience last for lifetime although it’s hard to remember details. So let them try it all, be messy and don’t worry about the hassle, cleaning afterwards. They would gladly help with that too.
.
What are your kitchen memories with your parents and grandparents? Share in the comments below.
.
#nutrition4beauty #nicksouckov #coach #nutrition #nutritioncoach #healthy #health #healthcoach #entrepreneur #integrativehealth #integrativenutrition #iin
.
#kids #children #child #kid #childish #cook #memory #childhood #play #fun #energy #smiles #experiment #happy #havefun #video #fhomemade #tasty
https://www.instagram.com/p/CH8HCHxFgge/?igshid=1d9tzho7pg68a

For just $106.00
What’s YOUR favorite band? Song? Do you have a gift to buy for someone special? Do you need the PERFECT unique gift? Are you an interior designer? Do you love home decor? Check out these Glittered record album covers as wall art. Each album cover is framed in a black 12x12" square frame with front and back clear covers so you can see the front and back of each album cover. Frames have easily removable clips holding the record in place on the back. All album covers are original vintage covers. Records included in some cases but not all. If record is included I cannot vouch for it’s quality. This item is a glitter enhanced record album cover made from the original vintage album cover. Original record albums are my homage to the by-gone era of vinyl and the beautiful original album art. I’ve combined my love of coloring, glitter, music, and vintage to create an original work of art for the music lover in us all. And everyone loves glitter right? I am happy to make custom album art on request. Installations look great in groups of 4, 6, 8, 9, 12, 16, and so on. There is a Ferrari dealership in Beverly Hills that has an entire wall of them! Contact me with requests. All installations receive a 15% discount - 15OFFforINSTALLATIONS coupon codeChoose your own favorite album or album installations. Do you have a favorite group? A favorite album? Do you need the PERFECT gift? Message me with questions. I’m happy to make any album or suggest albums for an installation. I will work with you to make the perfect custom item for your needs! Can’t wait to see what you come up with. All albums are sold framed. Prices DO NOT include price of album purchase. Price of album will be added to cost. 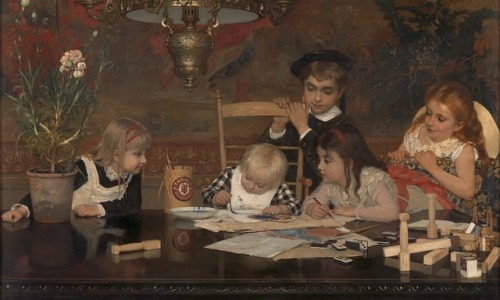 This one goes out to all the people who think that telling young kids about gender identity will make them confused.

I came out to my brothers (now 5 and 12) and the rest of my family 2 years ago. They’re both still cisgender males who now know I’m okay as being referred to brother or sister. I explained to them that I wasn’t just a woman anymore and they understood and carried on their ways without even caring. I was still me after all.

Nothing changed except they can call me bro now too. Shocking how they didn’t care, isn’t it?

Here’s another example. My baby brother (5) saw me watching a video about a trans girl showing off her new dresses. He asked me “why that boy in a dress?” All I had to say was “That’s a girl.” With a little chuckle and he didn’t even bat an eye. He said “oh.” and went back to doing his thing.

Notice how by me correcting him he didn’t say “I’m questioning my gender now.” isn’t it crazy?

Next example, my baby brother (5) is going through an Undertale phase. He watches like animations and youtubers playing it and whatever and one night while we were vibing in bed he’s talking to me about it and talks about how frisk doesn’t have a gender. AND HE WAS USING THEY/THEM PRONOUNS! He slipped up once or twice but he’s 5 AND he corrected himself. I was just so impressed with this CHILD’S ability to use they/them pronouns that some adults don’t have for some reason.

Lastly my brother (12) and I have discussions about sexuality and gender sometimes. I always make sure he knows that if he tells me one day that he isn’t cishet that it’s 100% fine. He mostly asks questions about being nonbinary or same sex marriage that I’m more than happy to answer but the strangest thing is, and this one’s crazy so get ready okay? I’ve educated him on this sort of thing but he’s not gay and or questioning his gender. He’s just educated. Astonishing isn’t it?

Anyway, teaching kids about gender and sexuality will not make them question their own. It just makes them educated. That’s it. If you plan on having children do us a favour and educate them and love them if they come out to you. Make sure that the children in your life weather they’re your own or your little siblings know that you are a safe place for them to talk to if they want to learn about it or if they’re questioning or whatever. Just overall, PLEASE teach your children about this, I promise it’s not going to make them suddenly trans or suddenly gay. If they do tell you they are trans and or gay chances are they were always that and now that you’ve EDUCATED them, they know what to call themselves. Not educating children doesn’t stop them from being queer, it just makes them sad and confused. I wasn’t educated on queer culture and I was in so much mental pain until I figured it out. PLEASE EDUCATE YOUR CHILDREN ON QUEER CULTURE!!!! EVEN IF YOU’RE CISHET BE AN ALLY AND TEACH YOUR KIDS ABOUT QUEER CULTURE!! Acoustic track, with some ukulele, bells, bass, drums etc. Provides good mood and motivates. Great to use for a children videos. 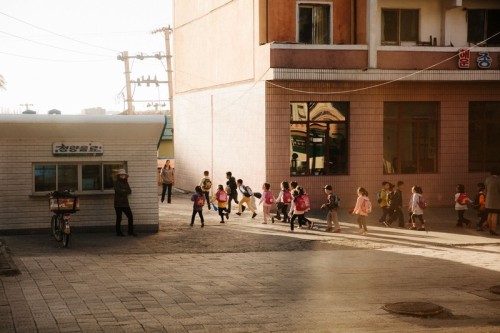 “In the face of all wrongness.” I, Nün Beshuss, M.P., am your defender, advocate, and soldier of goodness. For everyone’s safety, and the moral good of all humanity! This Wednesday November the 18th year 2020 03:15 afternoon from southern California I am on the side of inosence.

The Presence of the Army by Gerry Walden
Via Flickr:
(Vaisakhi celebrations, Southampton, England)

One of the weirdest things about Among Us is when someone says and acts like they’re a tiny kid, like younger than 11

I generally assume it’s a tiny kid in those cases because like. If I assume they are and they aren’t, worst thing that happens is some anonymous person somewhere has fun laughing at me for being naive. If it is a tiny kid and I assume it’s a random chap making fun, then I’m potentially seriously upsetting/giving bad ideas to what’s practically a baby

But like I don’t play Among Us for feelings of responsibility good gosh carers please don’t let your seven year olds play Among Us some of us will attempt to be nice to them and teach them how the game works and stop others being dicks but like. Some will be dicks, some will be actual stranger danger hazards, and a LOT of people will just lose patience and get annoyed at this tiny child???

#among us, #responsibility, #online safety, #children
2 notes · See All
Next Page