Day four of @yoitrainingweek, this time with the prompt “Rest day” and “Fans & Social media” combined. ♥ 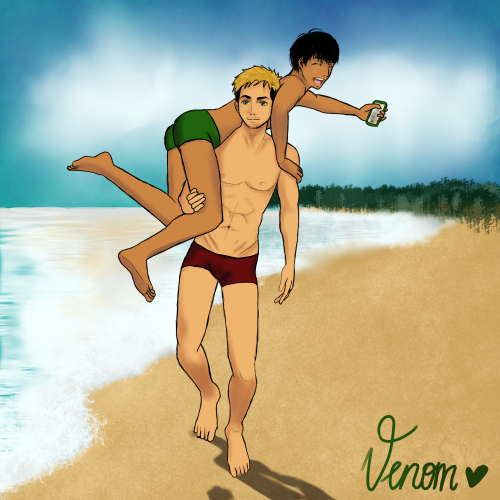 First of the promo arts I’ve made for @yoiholidayzine

… “Come on.” Yuri beckoned as he continued walking forward, leaving Victor strangling to untangle himself or else fall.

“Where are we going?”

“I…might know how to find him,” Yuri gave, rather reluctantly.

“Really?!?” Victor’s heart flipped and he almost twirled in excitement.

“Yeah… I need to do a few things first.” Victor felt Yuri’s eyes sweep over him, sizing him up with a dissatisfied look.  “Are you going to wear that all day?”

Victor looked down, running his fingers ran along the silken threads of his sweater, the crisscross of blacks and greys and whites intertwining with one another, before he frowned at Yuri. “What’s wrong with what I’m wearing?”

“I got this in Milan!” Victor pouted.

Yuri shook his head. “Fine. Don’t blame me if it gets wrecked. I’ll take you where you want to go. Just one rule.”

Besides the fact that I’m nearly 100000000% sure that Chris from Yuri! On Ice is super hella fkn gay, I love him and this prompt and will fulfill it as best I can! Thanks love! :)

“It’s dangerous thinking, that is. She wasn’t here when the bodies came in, torn and shredded as we tried to piece them back together with mechanisms and prosthetics,” he said, ending with a deep sigh.

“But, Dr. Darkschewitz…can they love?” Victor finally asked the question he’d been holding in ‘til now. The breath in his lungs felt a little lighter as he did.

“I suppose in their own way they can. But it’s not real. No matter what, Vitya, it will always be Synthetic.”

18-year-old in-line for a second straight European title with a tough and tight competition behind him.

GRAZ, AUSTRIA - Yuri Altin skated a clean and emotional short program, receiving high GOE’s and levels for all his elements. He scored 109.11 for his short program, the highest score of the season so far. “I’m thrilled. I have two goals coming in here - two clean programs and to win my second European title,” he said to reporters after the event. “Halfway done, and I just need to get the job done in the free. I’m ready and I came to win.”

28-year-old Christophe Giacometti of Switzerland is in line for his twelfth European medal. He skated a clean short program and received high GOE for all of his elements. He scored 104.34 for his short program, which is a season’s best for him. “I came to win, and I’m not letting the little tiger win this without a fight,” the 2018 European Champion said to reporters. “People always comment on my age, and as long as I decide to keep competing, I’m going to prove that my age isn’t a factor.”

There’s a tough battle for bronze going on - Michele Crispino of Italy is currently in third with a 97.67. Emil Nekola of the Czech Republic is right behind with a 97.09, and Alexei Yevtushenko of Russia is in fifth with a 96.89. Nekola has the highest technical content of these three skaters and will be hard to beat if he goes clean, but Crispino is coming off a great season where he qualified for his fourth Grand Prix Final.

Is fifth time the charm for Leroy? Seeks to win gold at the Final for the first time in his career.

TURINO - Two-time Grand Prix Final bronze medalist Jean-Jacques Leroy of Canada leads for the second year in a row after what was a high-level competition, featuring no deductions with every skater receiving positive GOE for every element. He came out on top, scoring 107.11. Trading season-high scores with Yuri Altin, he also lead last year but had a disastrous free program and fell to last place. He has said all season that he wants this year to be different. “I know I can do it, I feel great,” the 23-year-old told reporters. “This is going to be my year.”

2016 Grand Prix Final Champion Yuri Altin of Russia seeks to win the second title of his career. At 18, he is the youngest in the field - and the only skater to have won the title before. He scored 105.41, just over a point lower than Leroy’s. “I want to concentrate on what I’m doing,” said the two-time World medalist. “I know I can win, but my goal is Worlds, so right now, I just want to skate well.” This is Altin’s third Final.

Christophe Giacometti of Switzerland, who is the oldest skater in the field at 28, sits just a few points behind in third place. He scored 102.41 for his short program. “I feel good about where I’m at,” said the eight-time World medalist. “I’m better at coming from behind anyway, so I feel good about where I’m at.” Giacometti has never won this competition before but has medalled here six times before. This is a record ninth Final for him.

In fourth place, in his first Final, was Guang-hong Ji of China with a score of 99.02. Only. 22 points behind is Seung-gil Lee of South Korea with a score of 98.80, who is in his second final. Michele Crispino of Italy, who received a lot of support from the Italian crowd, sits in sixth place with a score of 96.58. This is Crispino’s fourth final, and he has never medaled at this event.

So, here’s the starting order for the short program tomorrow night:

I hate being last, but that seems to be a thing this season, so it is what it is. Anyway, we’re out now doing a bit of sight seeing. Morning practice went week, and we don’t have practice again until later tonight, so we’ll probably have a dinner in a few hours before heading back to the hotel to rest.

Here is my preview for @phichimettizine​ ! Preorders are now open until November 22nd so please be sure to support this zine! <3

If you don’t like this, you have no sense of fun. By the way, Kevin Aymoz was amazing yesterday: Silver at the ACI 2019. 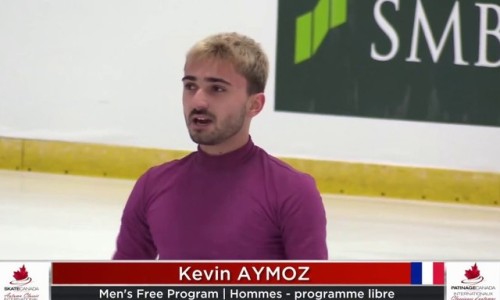 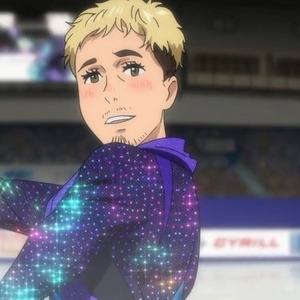 I totally see Chris on his lonely evenings just drinking Champagne and listening to Sam Smith on repeat. Legit.

A little preview of the merch item I illustrated for @yoiroyaltyzine ! Preorders will open soon!

I love drawing Chris very soft and pretty, it’s my calling in life

#Yuri On Ice, #Christophe Giacometti, #Giacometti Christophe, #Chris Giacometti, #like or reblog if you save, #icons
38 notes · See All
black-tea-blue-pensText

A peek of the fanfic I’m working on atm!! 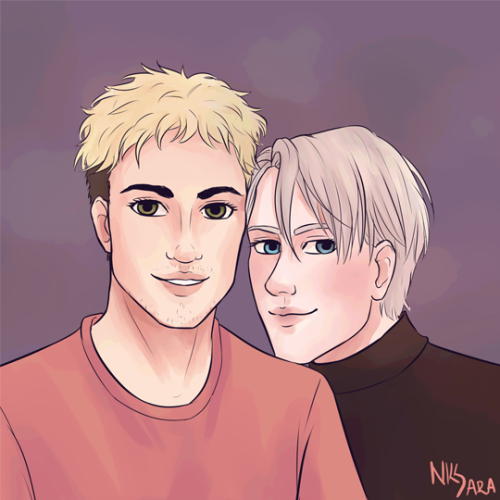