Then how are Roger Allam fans called?

Page 6: Rattled Jennifer Lawrence is doctor-shopping because she fears her face may have been permanently disfigured during a terrifying accident on the set of her movie – Jennifer’s no dummy and she knows she’s a great actress but it would be ridiculous to deny her looks are her meal ticket – she was struck by flying glass in an explosion gone wrong in Boston while filming the thriller Don’t Look Up – initial reports indicated Jennifer suffered only minor injuries but the glass sprayed her face and nearly struck her in the eye and she narrowly avoided losing her vision – she was pretty cut up and she’s terrified it will leave lasting scars so she ordered her team to comb the Massachusetts area for a plastic surgeon to examine the damage and treat her with whatever means necessary to restore her mug

Page 7: The heartbroken fiance of Julia Roberts’ half sister slammed the star for gaslighting his soulmate before she tragically took her own life seven years ago – John Dilbeck was two months away from marrying Nancy Motes when she drowned in a bathtub in L.A. following an overdose of prescription pills and John admitted he’s still wracked by grief – months before Nancy’s death she said in an interview that bullying Julia made her miserable with taunts about her weight and John claimed Julia’s last words to Nancy were: “I want you dead and gone” – as the anniversary of Nancy’s death passed, John said Julia had fat-shamed her sister and when Nancy would plead for Julia to stop tormenting her, Julia would simply tell her to take it up with her therapist – John said Julia needs to feel in control of everyone and everything in order to sleep at night and he’s tried his best to move on but his feelings haven’t changed

* Khloe Kardashian’s face is puffing like a pillow and she’s worried it’s unfixable – she’s plumped way too much filler into her cheeks and it’s coming back to haunt her but she still gets injectables because she’d rather have swelling than wrinkles and it’s a routine she’s followed for years and can’t seem to break and her enablers and surgery-obsessed family won’t set her straight – Khloe gets a ton of fillers and Botox every month or so plus lasering on her butt and thighs regularly which is her emotional crutch; whenever she feels bad about herself she books another procedure – she may think she looks beautiful now but too much filler could ruin her looks and she’d be wise to start deflating her face as soon as possible

Page 8: Michelle Obama is splurging on a million-dollar head-to-toe makeover in a bid to conquer Tinseltown and spice up her marriage – the former first lady is determined to reinvent herself after landing a megabucks deal with Netflix and demanding husband Barack Obama devote himself to their 28-year union – Michelle is getting this spruce-up to boost her morale and look the part in Hollywood but also because she’s determined to get back on track with her husband – she going all out by booking the best designers to outfit her, as well as a dermatologist, nutritionist, trainer and masseuse and she’s even considering a list of cosmetic procedures ranging from fillers to a face-lift and by the time it’s all done her aim is to be looking like a bona fide Hollywood glamour girl and have Barack drooling at how hot she is

Page 9: Bruce Springsteen’s recently revealed November DWI bust in New Jersey has insiders fearing the beloved musician may be secretly battling a booze problem – Bruce has admitted seeking treatment for depression and there are now concerns he may be using alcohol to drown his sorrows – Bruce is a very strong man but has always struggled with personal demons

Page 10: Hot Shots – Justin Bieber stepped out in L.A., Robin Thicke in front of a piano, Sofia Vergara was ready to hit the road in Beverly Hills, RHONJ star Melissa Gorga with a big Valentine’s heart full of chocolates, Chris Pine running as he shot All the Old Knives in London 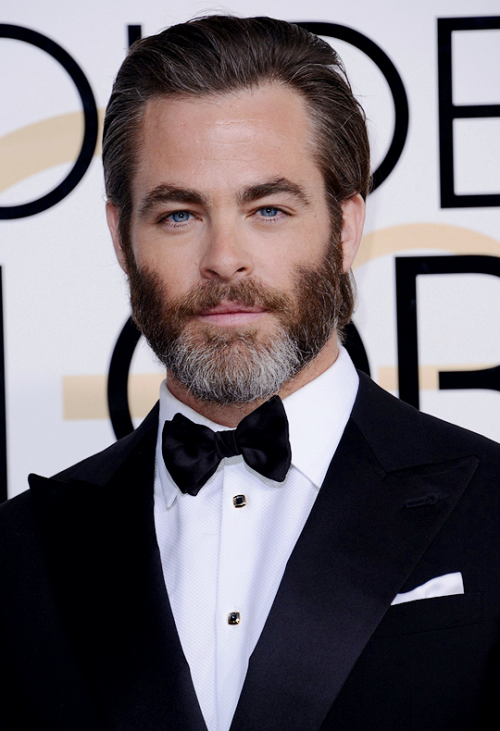 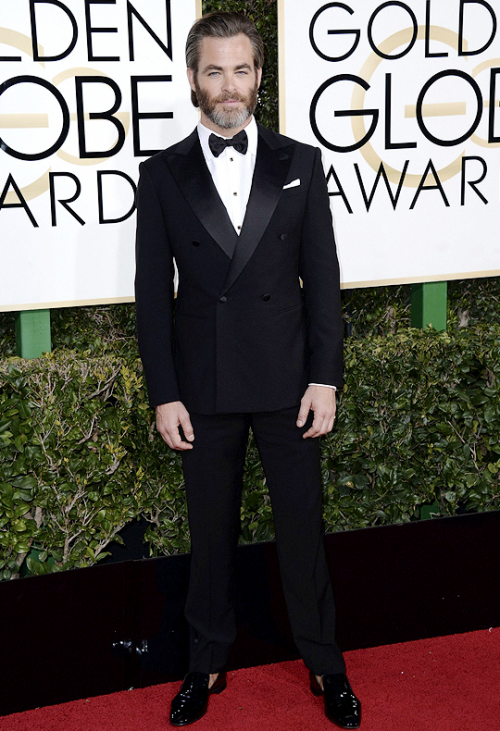 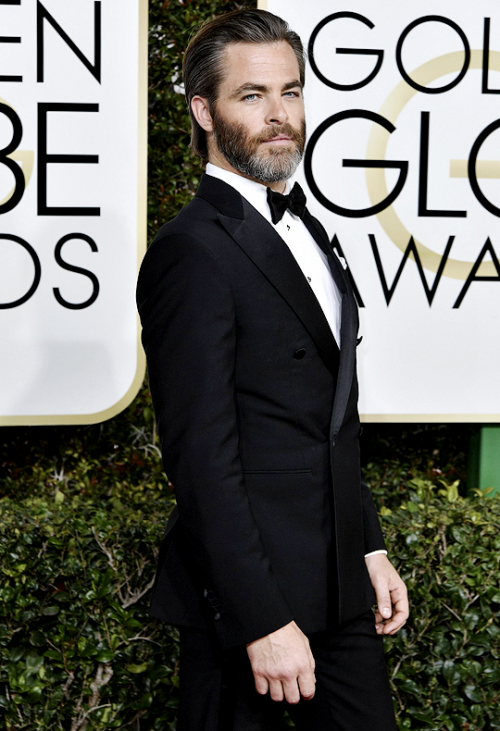 I’m vibing with it

THE GLASSES THE DRIP ITS ALL THERE YES S I R

This was a different look for him 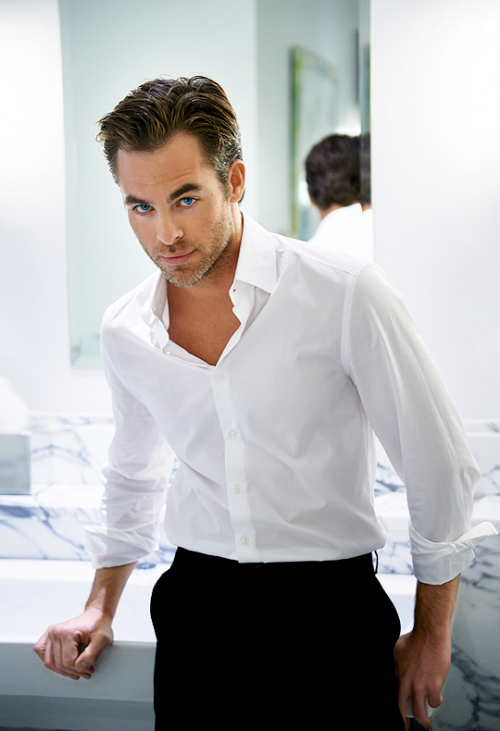 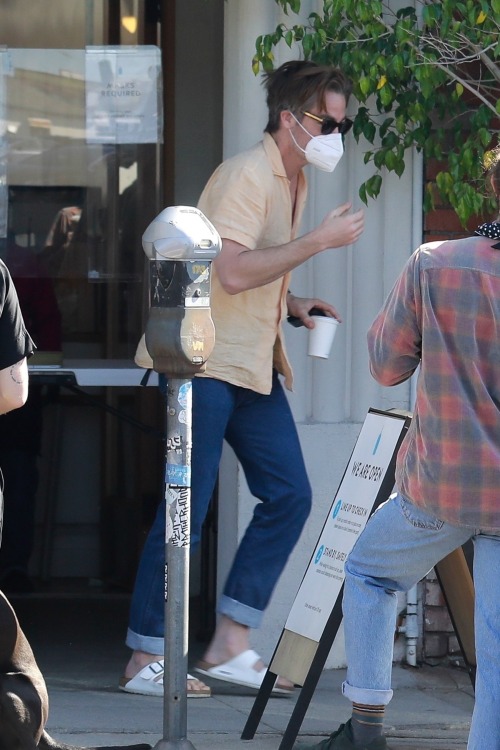 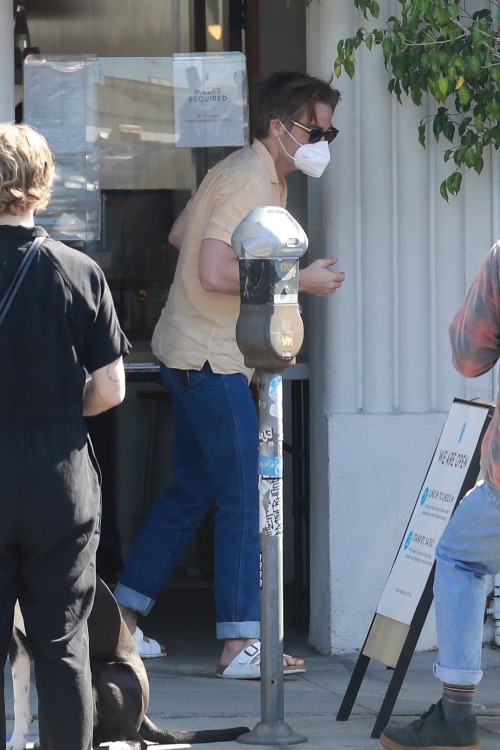 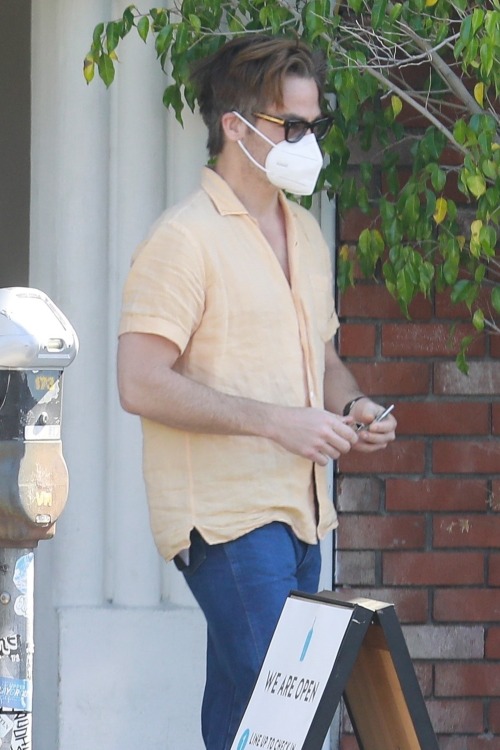 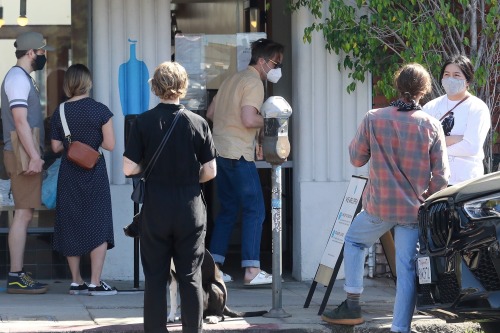 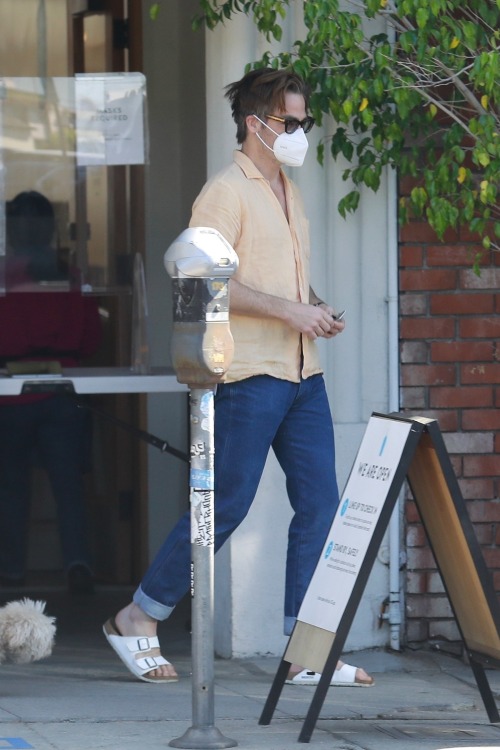 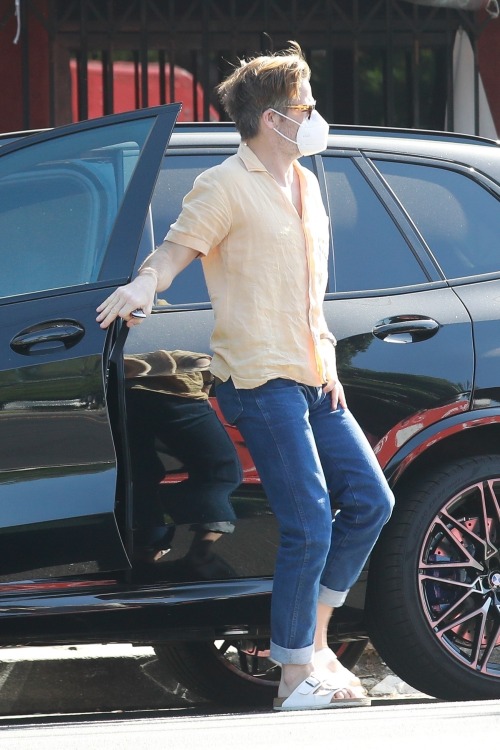 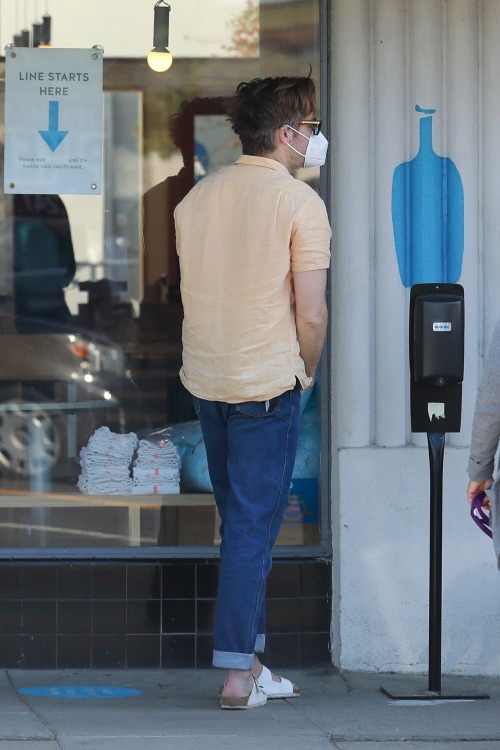 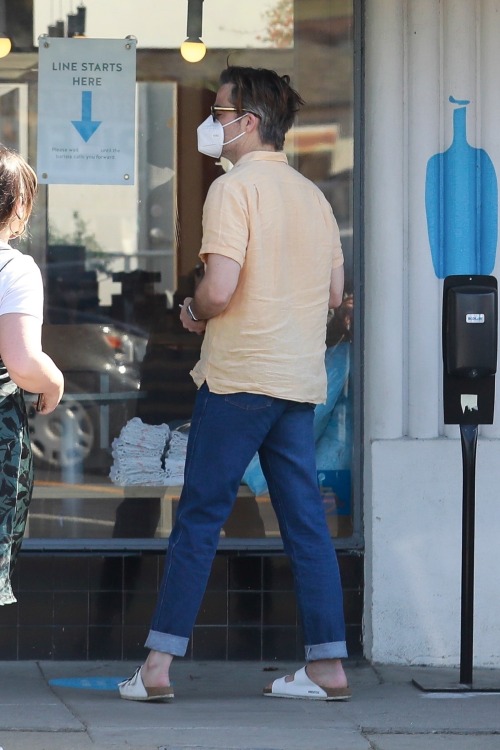 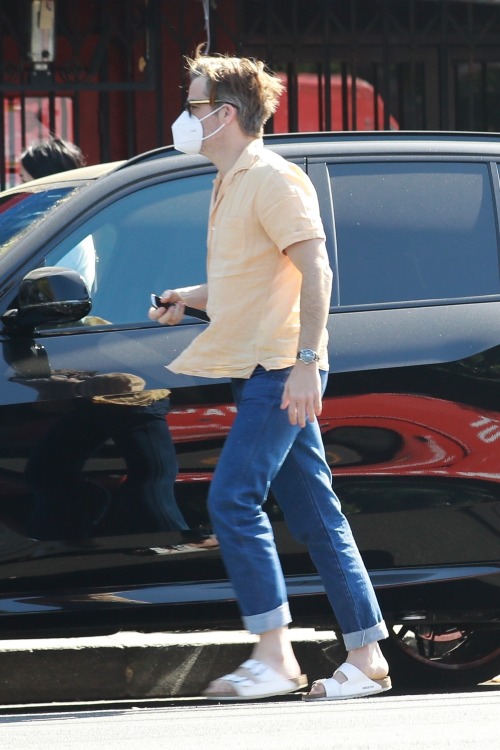 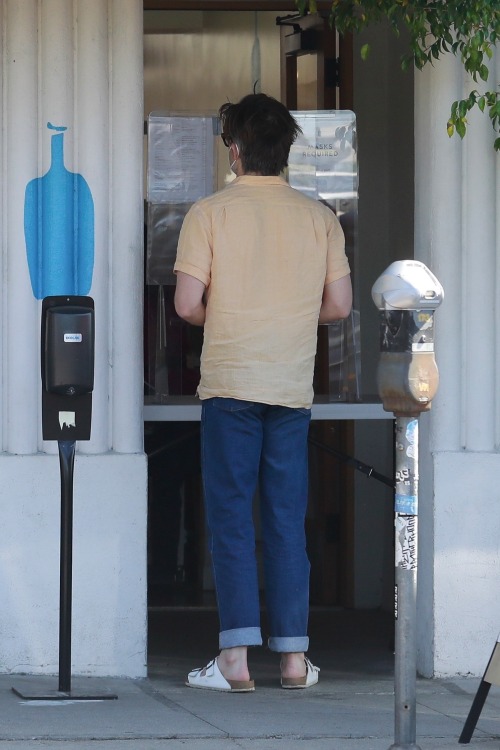 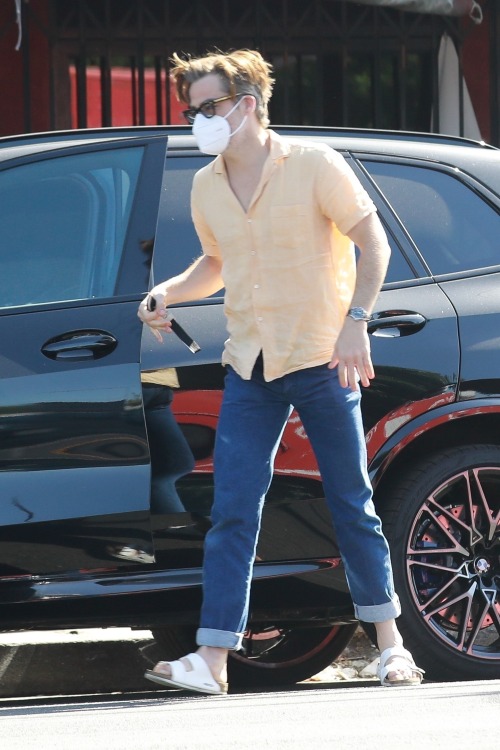 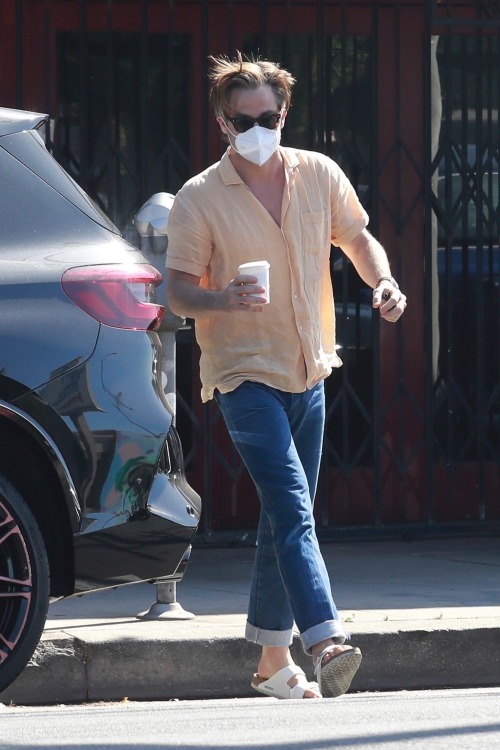 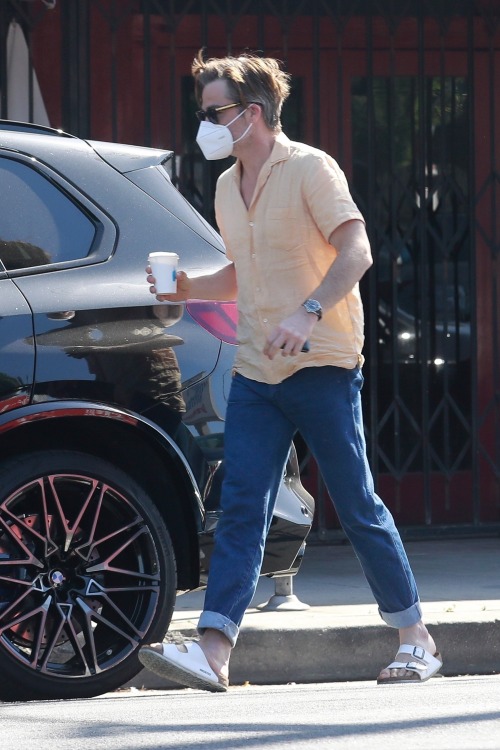 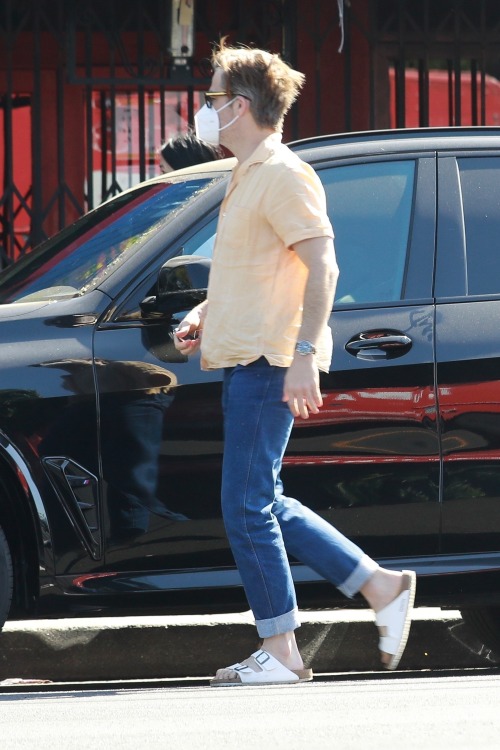 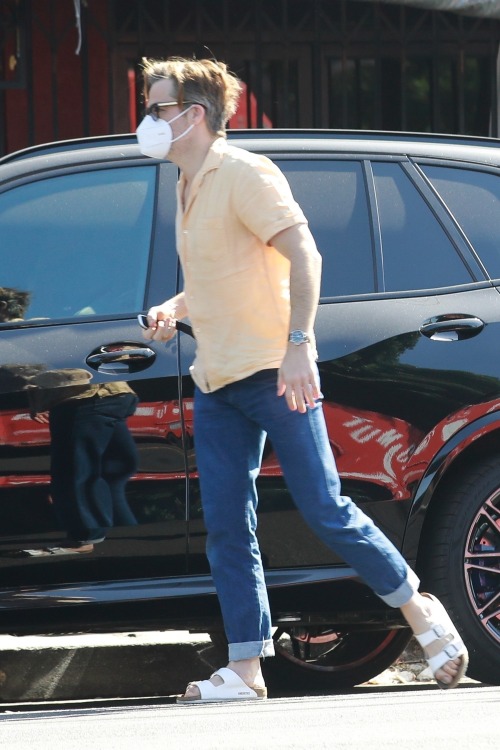 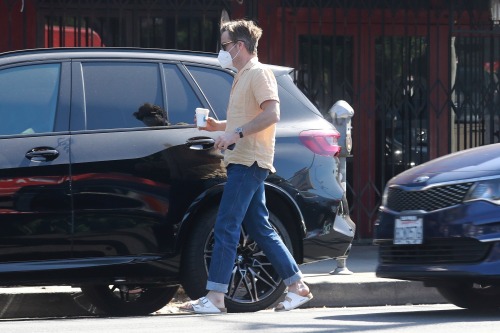 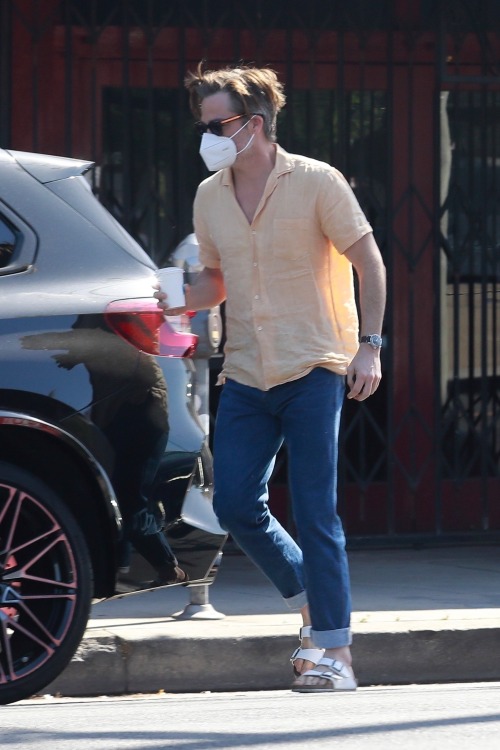 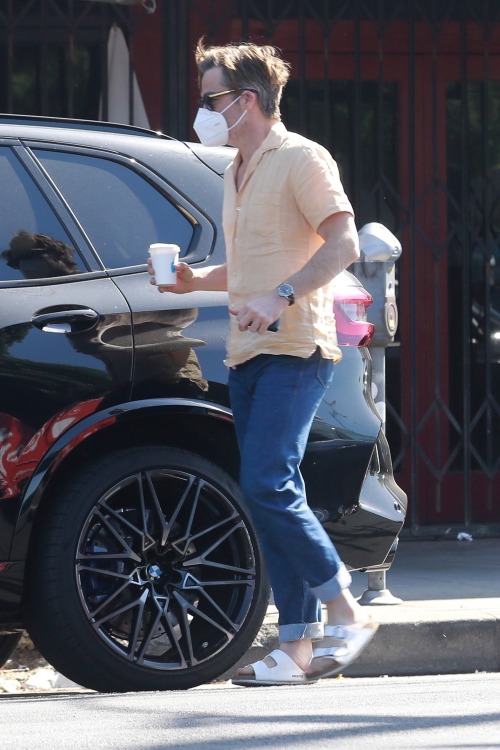 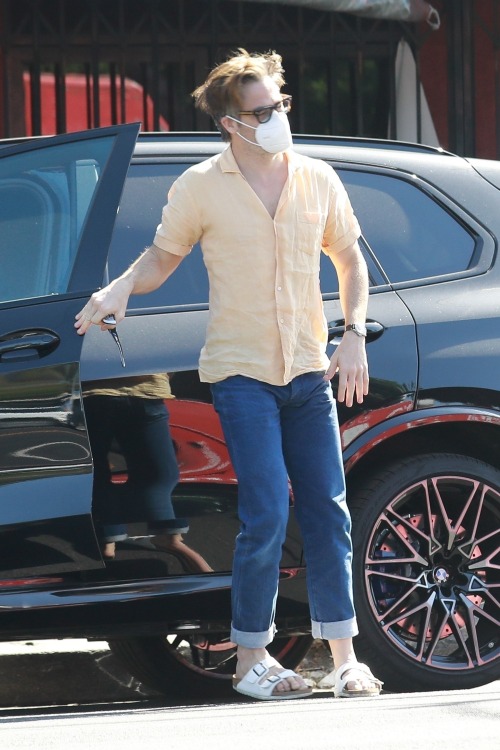 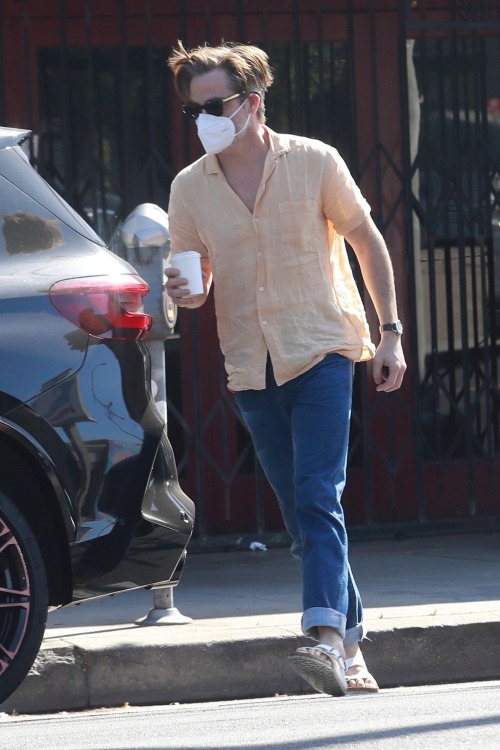 only TWO things could get me truly excited for AOS:

1. the sheer possessed unhinged chaos of a version of trek conceived by Quantum Tarantula based on the “A Piece of The Action” TOS ep starring Pine at his most deranged

2. an appearance by OG kirk in AOS either aged down ( a la Mandalorian Luke Skywalker magic) or in a way that somehow gets him out of the Nexus